Have “Holy Grail” Fashion Houses Run Out of Ideas? 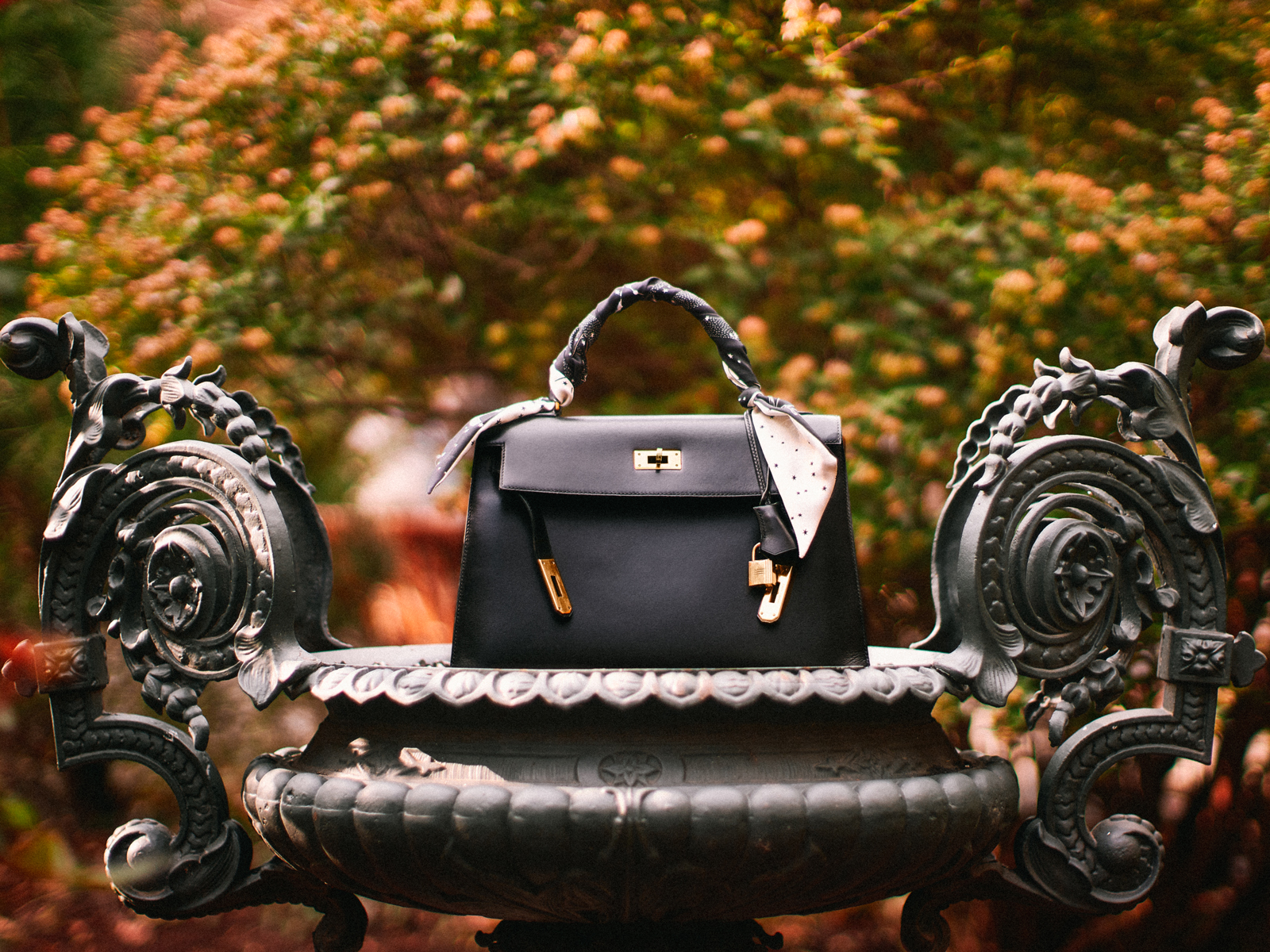 The idea of a “Holy Grail” bag is one that has intrigued tPFers since the very inception of the PurseForum. Oftentimes it’s the shallow obsession that we so strongly encourage here – either about that particular style you’ve been fantasizing about since the moment you laid your eyes on it, or that bag you know would be absolutely impractical for your lifestyle, yet can’t help but lust over. Sometimes though, it’s the full-blown stalking of retailers and having endless correspondence with SAs/customer service personnel/resellers, scouring countless “channels”, maybe even coming across a fake or two, getting all possible contenders authenticated and finally, hunting the right one down – whew! Nothing short of a crusade, huh?

No wonder that the object of all this fascination and desire is dubbed a Holy Grail bag!

Now the Holy Grail bag itself varies widely between bag-lovers – mine, for instance, is the Sac de Jour in the large size. For PurseForum member Mallutts, however, it’s the Fendi Peekaboo Monster, either in white, or in the python version with yellow eyes. In fact, everybody’s choice of a “dream purse” is likely to be diverse and bear little or no resemblance between each other, right?

But if I may take the liberty of saying so, for the overwhelming majority of tPFers and PurseBlog readers, the Holy Grail category of handbags belong to two veteran fashion houses – Hermès and Chanel, and their respective Birkins, Kellys and Classic Flaps, or some variation of them, which routinely appear in threads like “the one that got away” and “what’s your dream bag?”. Coming in at a close third would possibly be Louis Vuitton, forming something along the lines of a Holy Grail Trio of the handbag world, but since Vuitton tends to cater to a wider audience, often preferring visibility over exclusivity or secrecy (as seen in its campaign for the Coussin), it provides an interesting contrast to how the other, more “premier” two houses usually act.

So what is it about Hermès and Chanel that is so covetable to nearly everybody all over the globe? One might say, the recognizable shape, the quality, the heritage and history of the brand, the associated sense of self-esteem, the return on investment, and probably a number of other pretty valid reasons as well. However, the same could be said of other fashion houses too, right? It’s not like Gucci is any less recognizable than Chanel, or that the likes of Loewe, Burberry or Balenciaga don’t have histories as expansive or eventful as that of Hermès. So why are these two brands in particular more desirable than the rest in the market? The answer to that probably stems from the fact that most fashion houses in the market today have adopted, much like Louis Vuitton, a strategy of increasing visibility to garner more audiences. Targeting and appearing youth-centric, technologically advanced and forward-minded is what drives these brands. So much, in fact, that Gucci has now “hacked” Balenciaga (or is it the other way around?), Bottega Veneta has acquired a completely new, “cooler” identity from previously being an understated, heritage leather atelier, and streetwear/influencer collaborations are rife. 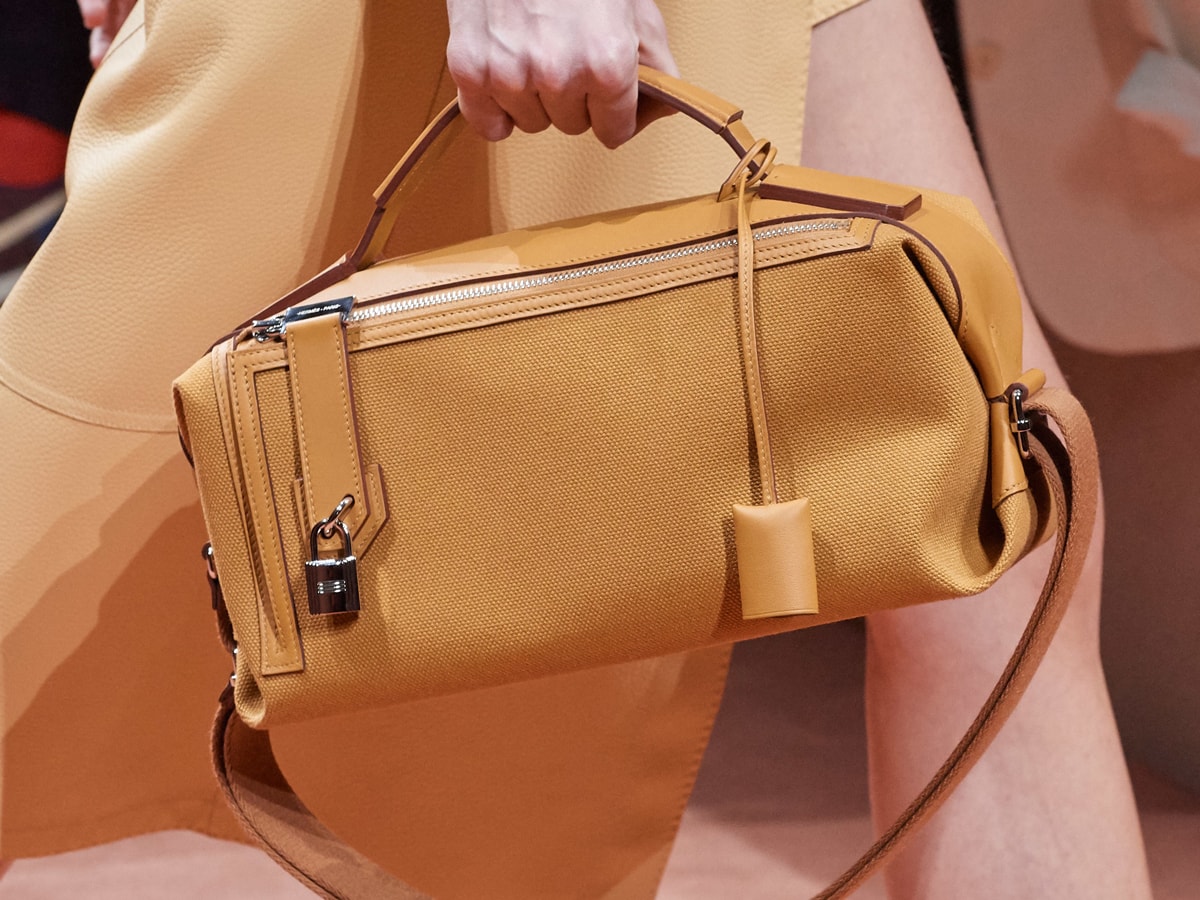 Chanel, au contraire, maintains its distinction and sense of “unattainable-ness” by differentiating itself from all the other premier brands price-wise, and its annual price increases are a testament to that.

Recently however, what really struck me was how these brands can often “get away with” simply updating or bringing spin-offs to their older designs rather than creating something different and new. One look at Chanel’s Métiers d’Art 2021 or Cruise 2022 collections shows a motley assortment of the Classic Flap in its numerous variations – using everything under the sun from shearling to beads to pearls and studs. 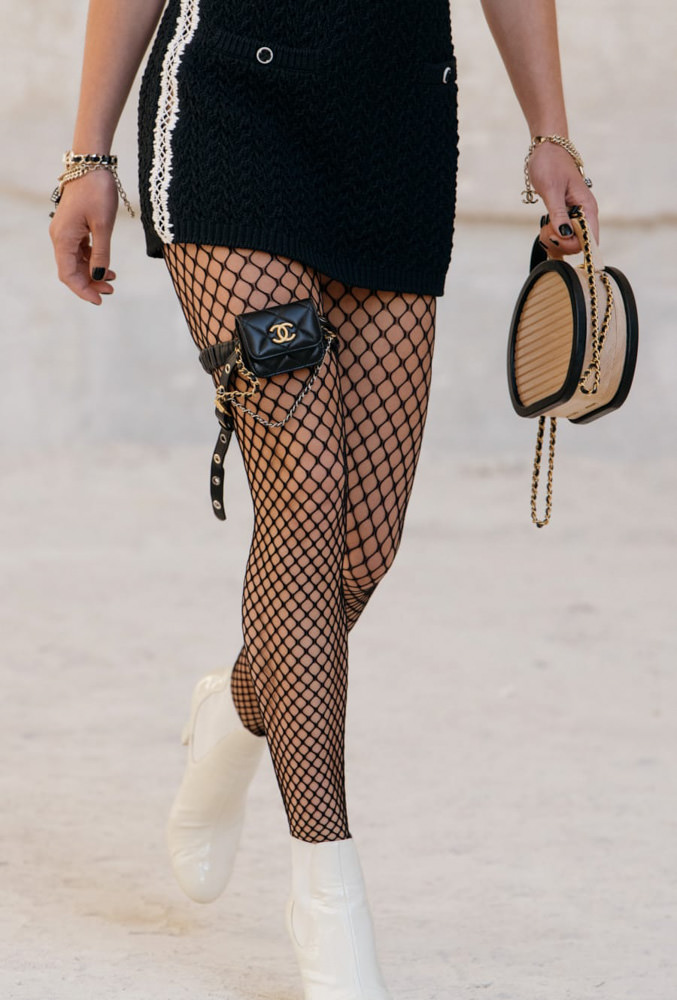 Yes, you get to see lots of new iterations like the Belt Bag for your thighs (I’m sure that is supposed to be highly functional). But that’s just what they are, variations, as opposed to actual new designs. The Classic Flap is of course a staple, but sometimes I want to see new designs and even new bag names! These diametrically different designs below from the Métiers d’Art 2021 collection, for instance, are all called the Flap Bag: 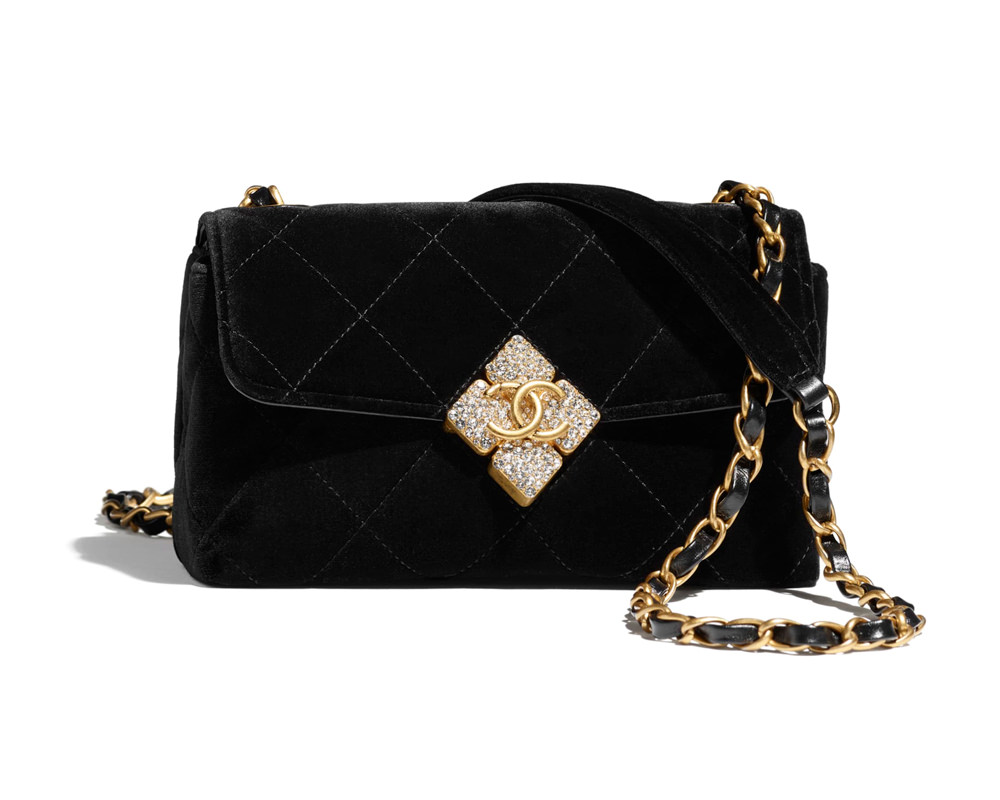 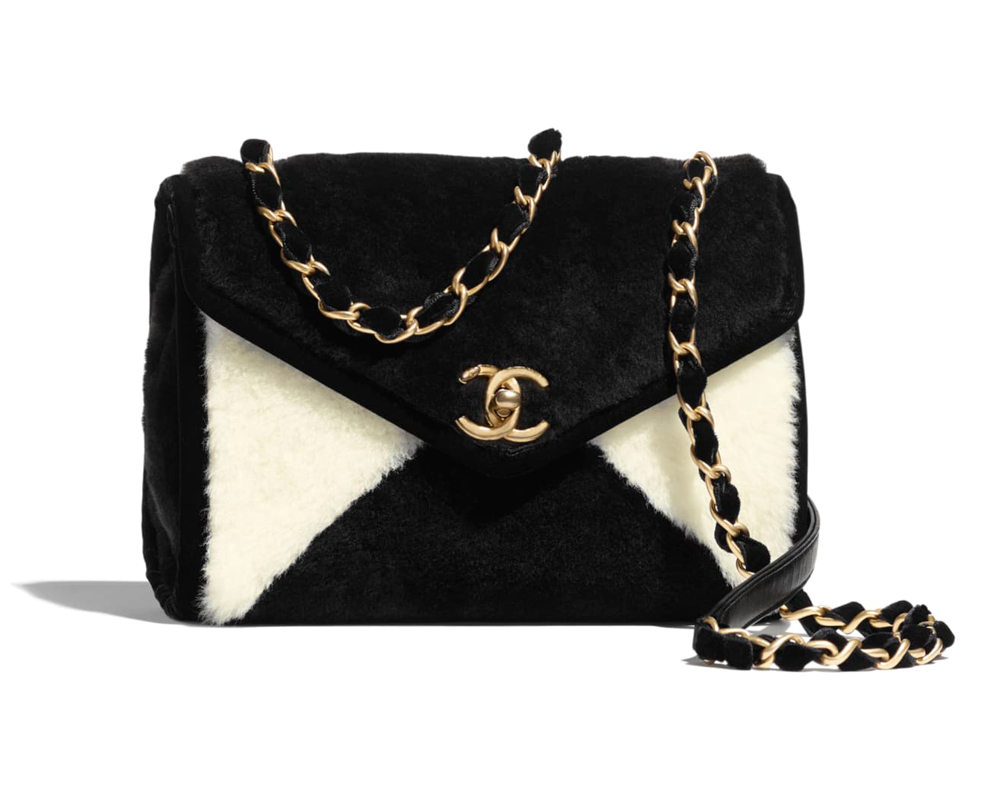 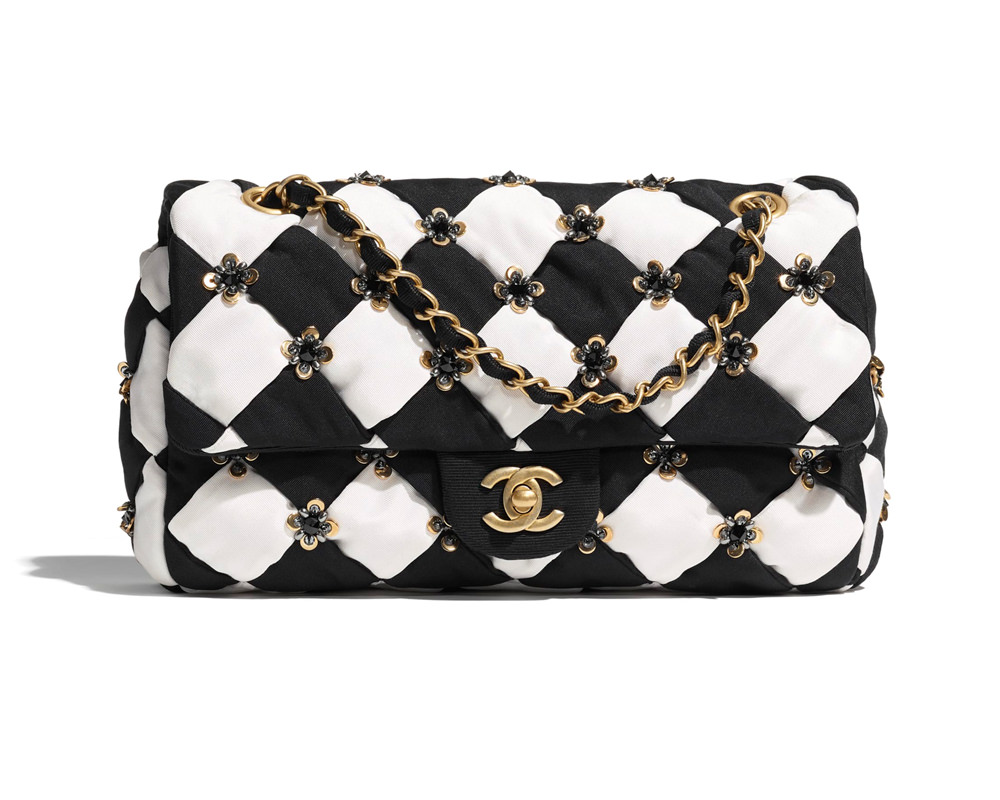 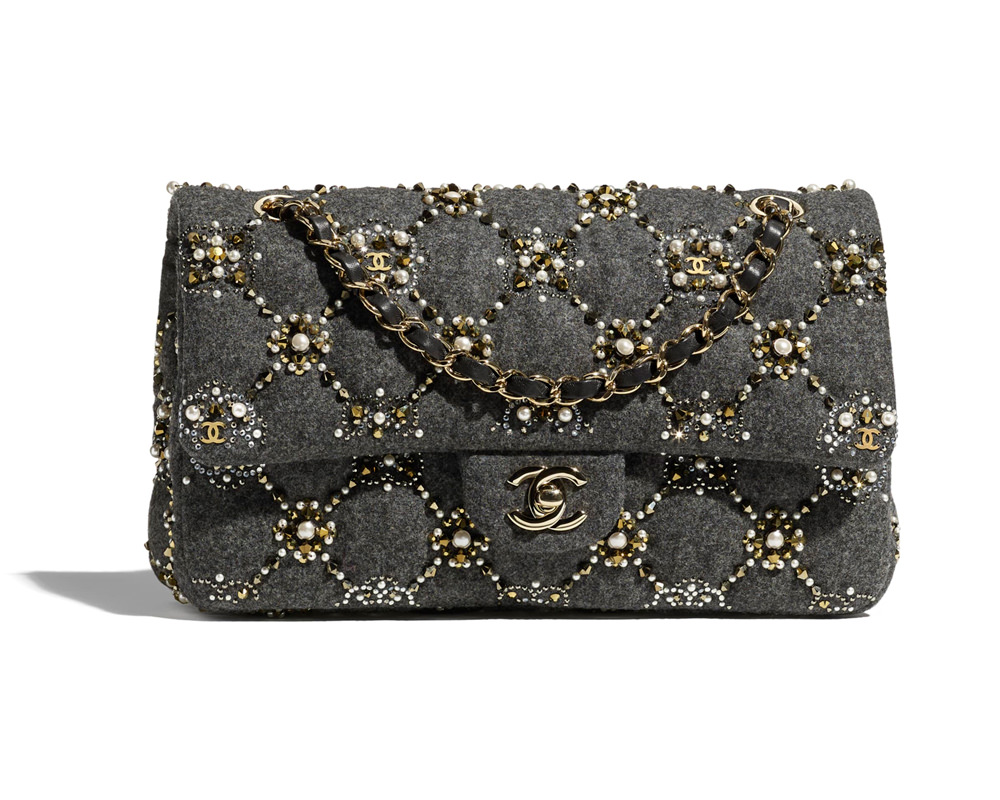 In fact, variations aside, the last big release from Chanel that did receive a lot of fanfare was the Chanel 19, which was introduced nearly 2 years ago on the March of 2019. But Chanel continues to be one of the most beloved bag brands, new designs aside.

By comparison, what does Hermès’ have to offer as of late? Well, surprisingly perhaps, their Spring/Summer 2021 collection actually did come up with two new silhouettes, the Perspective Cavaliere and the Sac Mors a Bride bag, the Autumn/Winter 2021 brought us the Hermèsway, while Spring/Summer 2020 brought the Emile – a slew of pretty cool designs that you would imagine took the world by storm, right? Nope, these were completely overshadowed by, you might have guessed, the speculations surrounding the 3-in-1 Birkin and the Cargo HAC, updated takes on the brand’s more popular staples, while the brand’s level of secrecy and total lack of any apparent marketing aren’t doing the newer designs any favours either. In fact, Hermès has a pretty vast range of product offerings that, unless you’re an Hermès insider or follow the brand religiously, you’re unlikely to ever be privy to know. Recently, I learned about 30+ different clutches from Hermès and I seriously wonder how many of them anybody actually knows about.

So then, you might ask, what’s the conclusion? Are Holy Grail brands out of ideas? Should you shift your attention and devotion elsewhere? Well…not quite. I think part-and-parcel of buying a Holy Grail bag is that it is, in fact, supposedly “unattainable”, and Chanel and Hermès, with their highly differentiated products, price-wise and otherwise, offer an outlet for bag-lovers to exercise their passion and join the thrill of the hunt. It’s only natural, therefore, that these fashion houses don’t make buying their products easy. Just like you can’t walk into Hermès and ask for a Birkin, you can’t walk into Chanel and ask for a Mini Flap either when the one you mean is the Métiers d’Art 2021 Mini Velvet Flap with gem-encrusted flower-shaped hardware. Plus Hermès’ strategy of making you wait for their Holy Grail items has the added advantage (for them) of tempting buyers to go on purchasing their other, relatively more obscure bags and accessories, sparing them the need for more mainstream modern media like streetwear campaigns.

Similarly, given that both these brands have their signature accessories like the Birkins and Flaps to fall back on, they don’t have to rely as much on an “innovative product” as much as other, newer brands might, who then are forced to use social media and influencers to promote their “new” products. And of course, there’s the eternal debate as to how radically different can a bag’s design be? The answer? Probably not much.

So yes, thanks to a number of different factors, Hermès and Chanel have established themselves as Holy Grails, and given how their bags are the ones that perform best on the resale market, it’s likely to remain that way for quite some time now. But are we going to get a big release from them anytime soon? Well, as the cast of all the Spidermen movies used to say, “with great power comes great responsibility”, I think it’s natural that these houses would take some (or maybe a lot of) time in devising a new design since they’d feel the responsibility to get it “just right” in order to maintain the position they have acquired in the market.

BUT we can always hope. And wait for the 3-in-1 Birkin because honestly, it’s gorgeous.