Where in the World is Marc Jacobs?

“Oh my God, it’s the new Marc Jacobs! This is sold out everywhere. Where did you get this?"

*Puts her stuff inside the bag*

Sure you can Lily, just stop being such a terrible friend. On the plus side though, you (the readers, not Lily) probably get the sentiment behind Marc Jacobs.

In fact, Amanda has it (and her obsession about it was featured in The New York Times!), Lucy has it and so do Rihanna and Beyoncé (at least they once did, do stars sell their handbags?). The Marc Jacobs Stam at one point was everything that any designer could hope to achieve. Propelled and fuelled by the It-bag trend, as well as scores of other successful designs from Jacobs himself like the Dr. Q Groovee, the excitement that the enigmatic designer stirred among the masses is palpable from The Devil Wears Prada dialogue above.

Arguably the most darling designer of the early-aughts, Jacobs’ story, as he proclaims himself, is much like a film. Literally ready to “kill for a job” at Charivari, an extremely of-the-moment avant-garde fashion retailer in 1979, at the age of sixteen he started off working in their stockroom. Before long, his accolade of the CFDA Perry Ellis Award for New Fashion Talent in 1987 positioned him as Vice President of women’s design at Perry Ellis, and his friend Robert Duffy, former Bergdorf Goodman buyer and Reuben Thomas executive, as its President. However in 1992 during the shoot of Sonic Youth’s “Sugar Kane” in the Ellis showroom, Jacobs’ debut spring 1993 collection changed everything. It was the very first time “grunge” fashion was presented under a luxury label, a stint which earned him both acclaim and criticism. Possibly a severance package too but I digress. 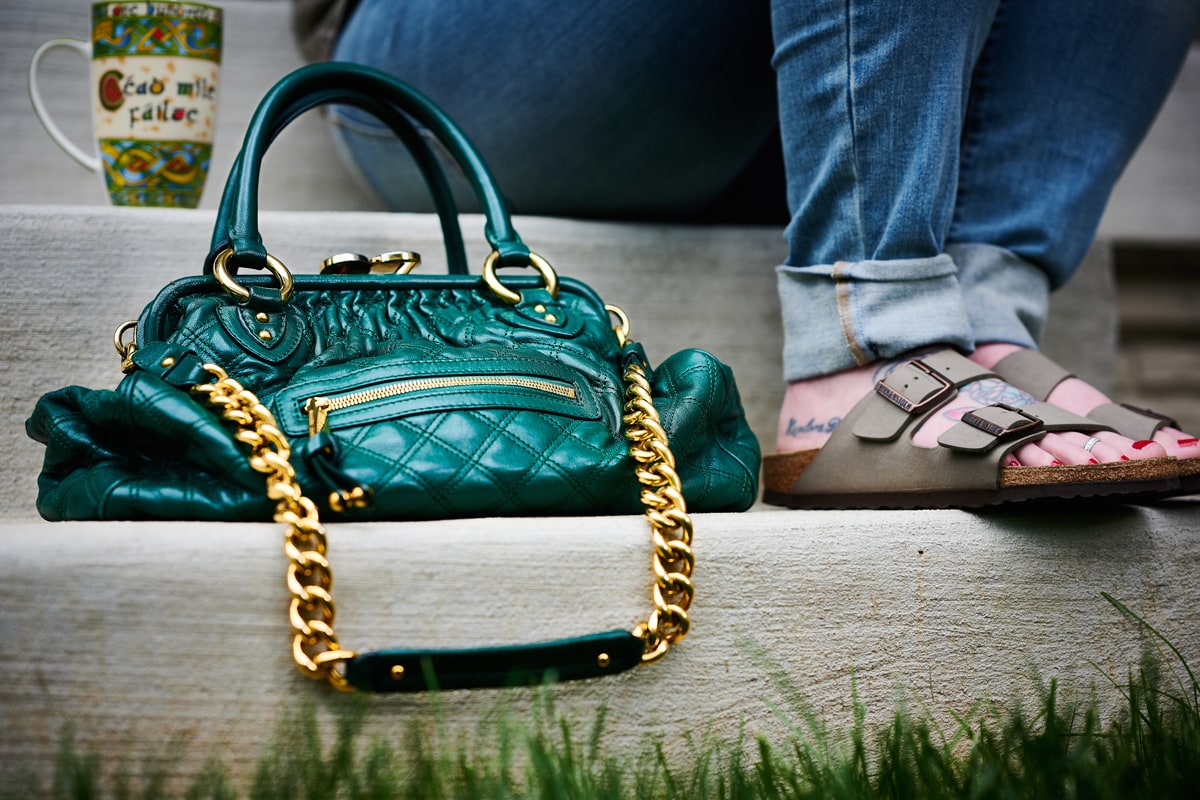 It was then that Jacobs and Duffy became thoroughly immersed in furthering the Marc Jacobs International Company, L.P., and he, along with friends like Kate Moss and Naomi Campbell, as well as the indie-music scene he was involved in, defined New York fashion of the nineties. In 1997, LVMH offered Jacobs the role of Creative Director of Louis Vuitton – in exchange of investing in Marc Jacobs – a job which few designers have been able to execute so efficiently and aggressively. Very quickly Louis Vuitton saw a tremendous rise from a historic luggage brand to one of the most prominent and daring fashion houses of the century.

In 2000, Jacobs launched Marc by Marc Jacobs, a younger, quirkier and lower-priced range that focused on the youth who coveted the main line’s luxurious cashmeres and butter soft bags but couldn’t afford them. In the decade that followed, he launched collection after collection of pure amazement, starting from the quilted Stam in 2005 (and the multipocket hobo in DWP that had us all fangirl-ing) to the fabulous collaborations he did under Vuitton with Yayoi Kusama, Takashi Murakami and Stephen Sprouse, whose Neverfulls honestly still leave us breathless. 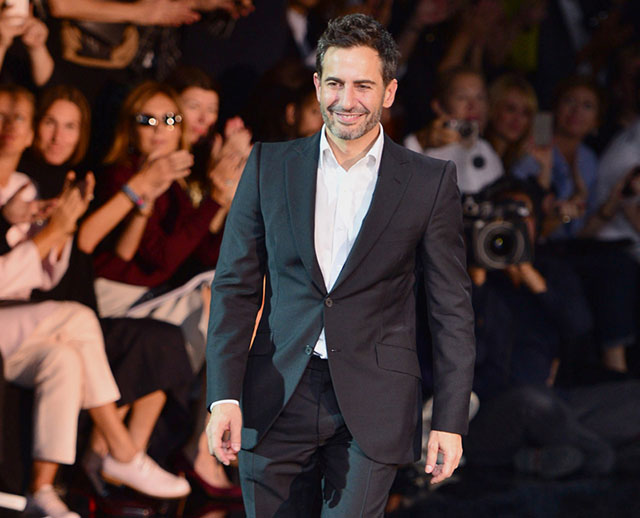 However after retiring from his pivotal role at Louis Vuitton the excitement around Jacobs seemed to wane. In 2015, much to the horror of its most ardent fans, the MbMJ line was discontinued, even though only a year prior, British designers Katie Hillier and Luella Bartley were recruited to revamp the brand. The duo was behind the pretty successful release of the Francesca Q and Hillier Hobo bags. This followed some highly publicized business struggles by Jacobs, with Duffy stepping down from CEO’s position in March of that year, and in 2017, Bernard Arnault of LVMH expressed that he was more worried about Jacobs than Trump (then the new President). His Fall 2018 show featured a barren stage with rows of chairs and was likened by a critic to a “sumptuous funeral”. Jacobs himself has admitted to the fact that he doesn’t know what Gen Z wants, and he refuses to get up to speed and jump on the bandwagon like many other contemporary designers.

Does that mean, though, that he is no longer relevant?

The story of Marc Jacobs is very much a tale of the quintessential American dream, and like his predecessors in the industry such as Donna Karan, Calvin Klein and Ralph Lauren, he brought in something entirely new like streetwear into high fashion.

Nonchalant chic – if there was ever a phrase that could sum up a brand perfectly, it would be this, and the brand in reference would be Marc Jacobs. Sadly though, times seems to have changed, and with the advent of prêt-à-porter, both nonchalance and chic is far too accessible, leaving consumers wondering whether American brands remain as relevant as they were. However, brands too, like people, have many facets to them, and Marc Jacobs’ most admirable one is that he refuses to remain conventional.

As Jacobs himself said in an interview with Thora Siemsen, “Some designers, especially of a certain generation, look at things by younger creators and they don’t realize they’re doing exactly what people did to them. It’s a very dangerous place to be, when you start to judge and think it’s your way or it’s wrong.”

So while Jacobs is in a transitional state, his collection, now under the identity of The Marc Jacobs, may perhaps be described as nonchalant chic trying to compete at both contemporary price points and occasionally higher end ones too, but let’s not be too quick to label, shall we? He still has to come to terms with the fact that online is the way to go forward, and maybe define a specific market for himself (who could very well be Gen Z buyers too)! Who knows, perhaps they’ll be the ones most open to changes and new trends and experiences, and that’s what Jacobs does best.

And Jacobs is no stranger to making tough decisions, nor is he unwilling to embrace change, whether it was his physical transformation, as described by Ariel Levy for the New Yorker, from “a withdrawn schlump in eyeglasses,” into someone “muscular, bronzed, shining with diamonds,” or perhaps the more spiritual one that he has undergone during the pandemic. Until then, I’m seriously digging these bags from The Marc Jacobs line, and crossing my fingers that the Stam makes a comeback—I’d really like to see more of its Manhattan version!

Relatively tame compared to the version seen in Emily in Paris, I seriously love this gilded version, which is actually a very dressy, slightly oversized clutch that can double as a camera bag.

A (much) cheaper alternative to the Loewe Puzzle, it’s also a lot more convenient thanks to the lack of a flap and the double zips, although the huge “Marc Jacobs” logo is a slight (read: dead) giveaway.

Made of canvas, spacious and can hold probably everything, this is a backpack I’m really liking, even though I’m of the opinion that backpacks make you look like a mule.

If you really want a color for spring, I’d suggest you go for MJ’s yellow/oranges because they are to DIE for!

If you want a bag that looks truly professional and makes you look like you’re a person in control, clearly you’re the Director. Wait, I mean you need the Director. The pop of blue in the interior is just right! 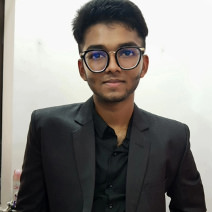 Fendi
Furry Friends Rejoice: Fendi Pet Has Arrived
Buzz Worthy
A Love Letter to Sex and the City in the Time of COVID-19
Chanel
The Chanel Iconic Handbags of Spring/Summer 2021