A Look at the 15 Handbags That Have Made History

What makes a handbag iconic? An instantly recognizable silhouette, perhaps? A cross-generational and international appeal? Or, maybe, it is the ability of a purse to influence the style of the time and indirectly force fashion gurus to design clothes that will complement it, instead of the other way around.

After all, a purse is much more than a carrier of objects. An emblem of style that points to society’s definition of what fashion is and culture stands for, the handbag has withstood the test of time by morphing in form (but never in function!) throughout history.

Whether looking at totes, clutches, carry-ons, messengers, satchels or backpacks, there is something about the “bag” that resonates with all types of shoppers. In a way, they are historical artifacts that function as windows into the social, cultural and financial themes of the time they debut in.

Whether what makes a bag iconic will change in upcoming years (will technology kill the purse as we know it?) is yet to be seen, but one thing is for sure: the following handbags have shaped the meaning of style and will forever be part of the global fashion canon—no matter what the future holds.

This classic Chanel is actually Karl Lagerfeld’s 1983 re-interpretation of the brand’s 2.55 handbag, which was created by Gabrielle Chanel back in 1955. Known to many as the Chanel Classic Flap, the name of the purse is actually the style code that the original version was given (A01112). Today, the bag comes in many different colors and sizes, all of them boasting the double C clasp and interlaced leather features on a metal chain strap that Lagerfeld catapulted to fame. So popular and sought-after is the product that it retains its value among vintage circles as well. 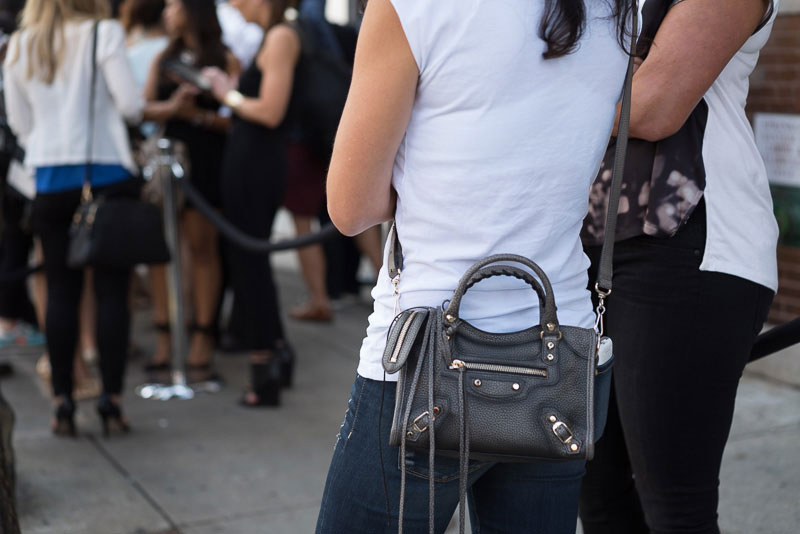 You might know it as the “motorcycle city bag,” but this Balenciaga entry is actually officially named Classic City. A bit of history regarding it: the brand’s chief designer at the time, Nicholas Ghesquière, created the piece back in 2001 to the dismay of management. Thinking it too soft and lacking in structure, the company decided to indulge the designer and only create 25 prototypes to be used on the runway and given out to celebrities. Clearly, Ghesquière knew what he was doing. Instantly becoming a must-have, the edgy (but feminine) bag caught the attention of model Kate Moss during a fitting. She requested one and immediately started wearing it around town.

Louis Vuitton’s trunks, which the brand has been making since 1896, are the stuff of legends. We’d like, however, to focus on the Horizon 55, likely one of the most recognizable designs today. The refined trolley with a retractable handle is one of the—if not the—most sought-after trip companions out there. Louis Vuitton has effectively turned travel into another form of fashion, cornering the market in ways that other brands have yet to replicate. 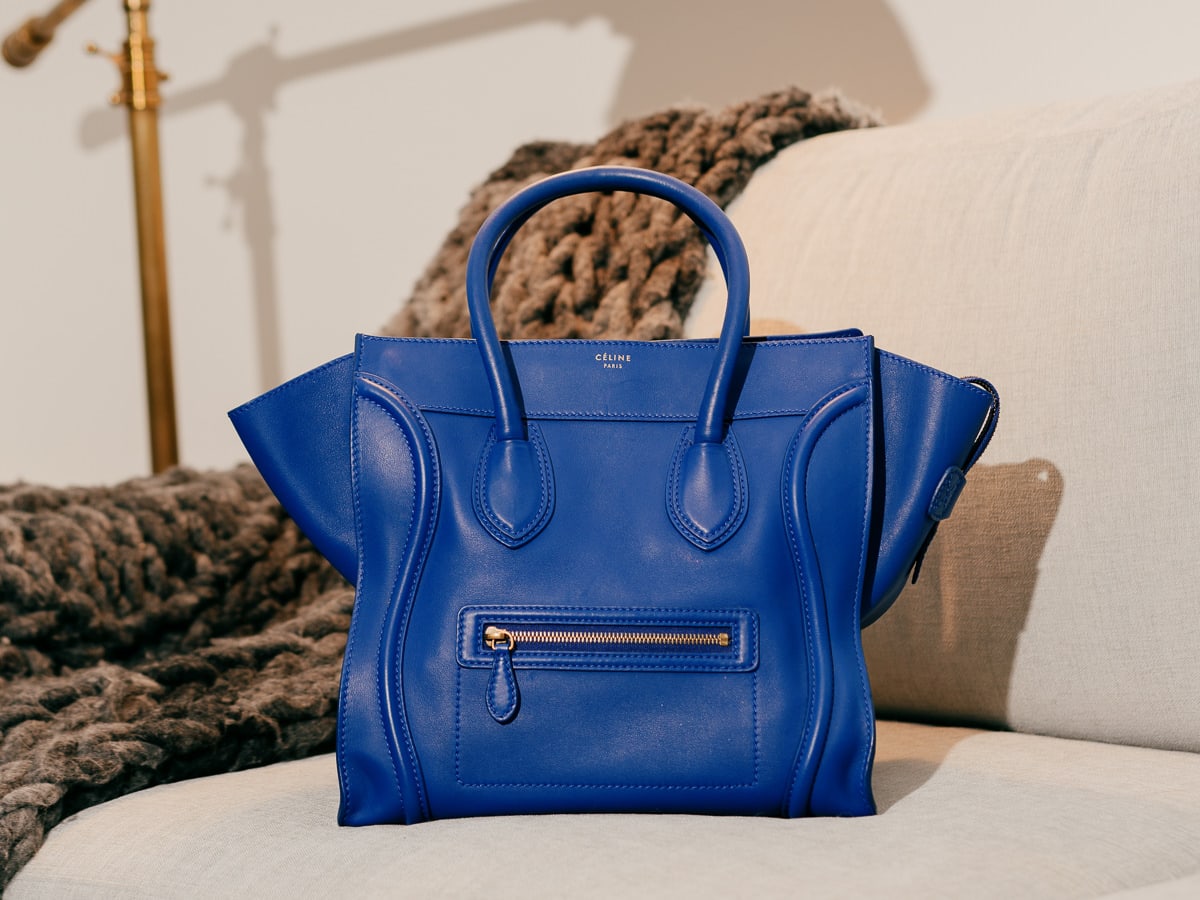 This one spawned plenty of think pieces when it was first released in 2010. The essays dealt with the bag’s structure—boxy and uncommon—and its interesting road to fame. At first readily available and not particularly popular, the Luggage Tote was relaunched a few years later and instantly grabbed the attention of celebrities like Mary-Kate and Ashley Olsen. As they say, the rest is history. 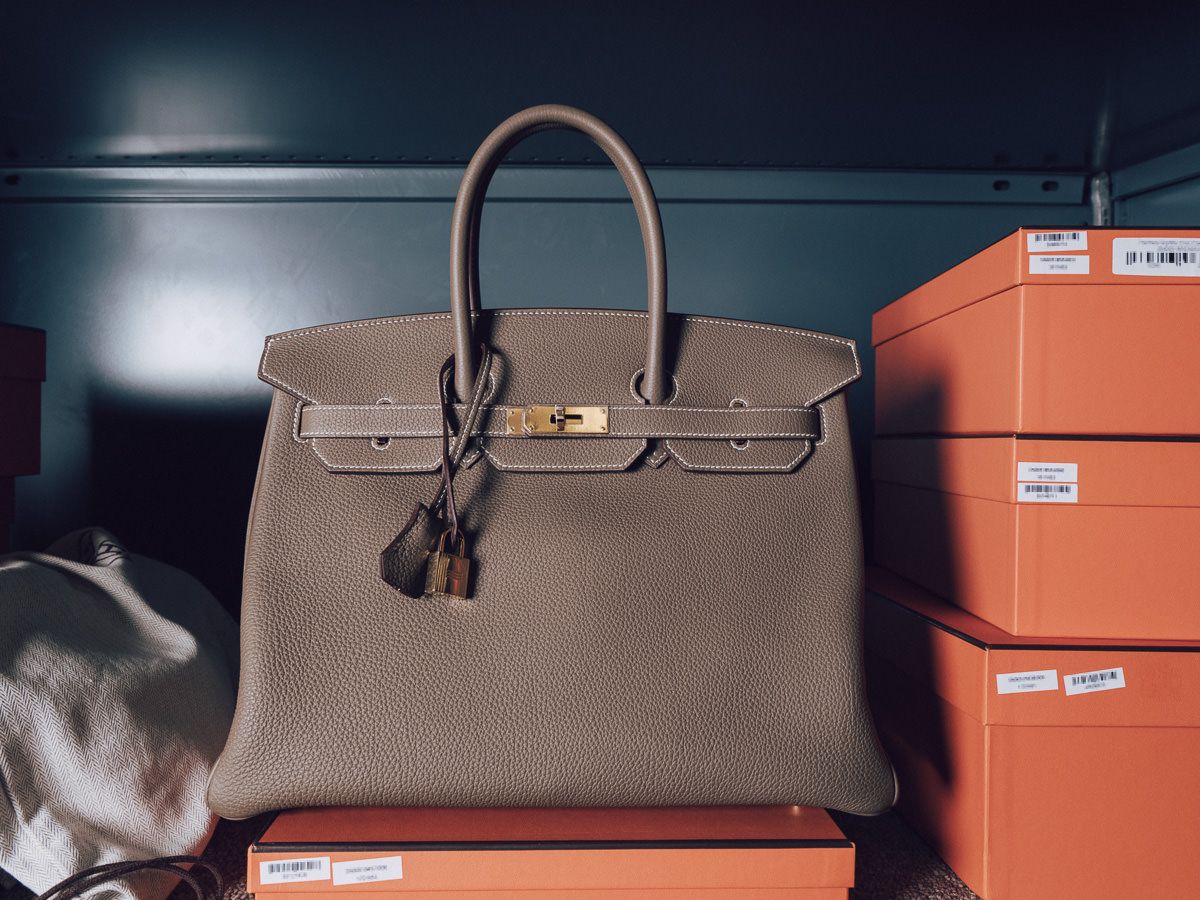 By many considered the iconic bag par excellence, the Hermès Birkin was first created for actress Jane Birkin in 1984, following her chance meeting on a flight from Paris to London with the brand’s chief executive Jean-Louis Dumas. As legend has it, the Birkin was actually created as a baby bag, given Birkin’s supposed struggle to find a purse that could be considered stylish while still accommodating her needs as a new mom. 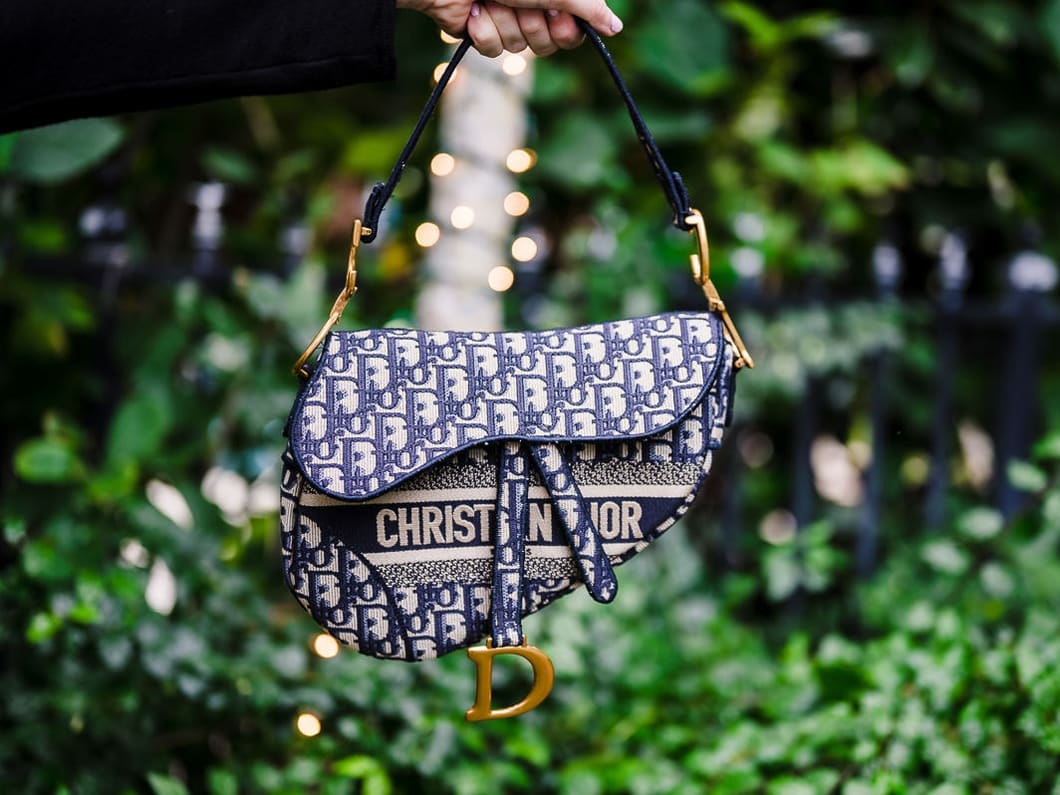 Dior’s Saddle Bag debuted as part of John Galliano’s spring/summer 2000 collection and, not long after that, became a staple of funky fashion lovers like Sarah Jessica Parker, who proudly carried the purse as Carrie Bradshaw on the just-as-iconic TV show Sex and the City. Interestingly enough, the bag has recently undergone a relaunch of sorts as part of Maria Grazia Chiuri’s 2018 fall/winter and Kim Jones’ Dior Homme collections. 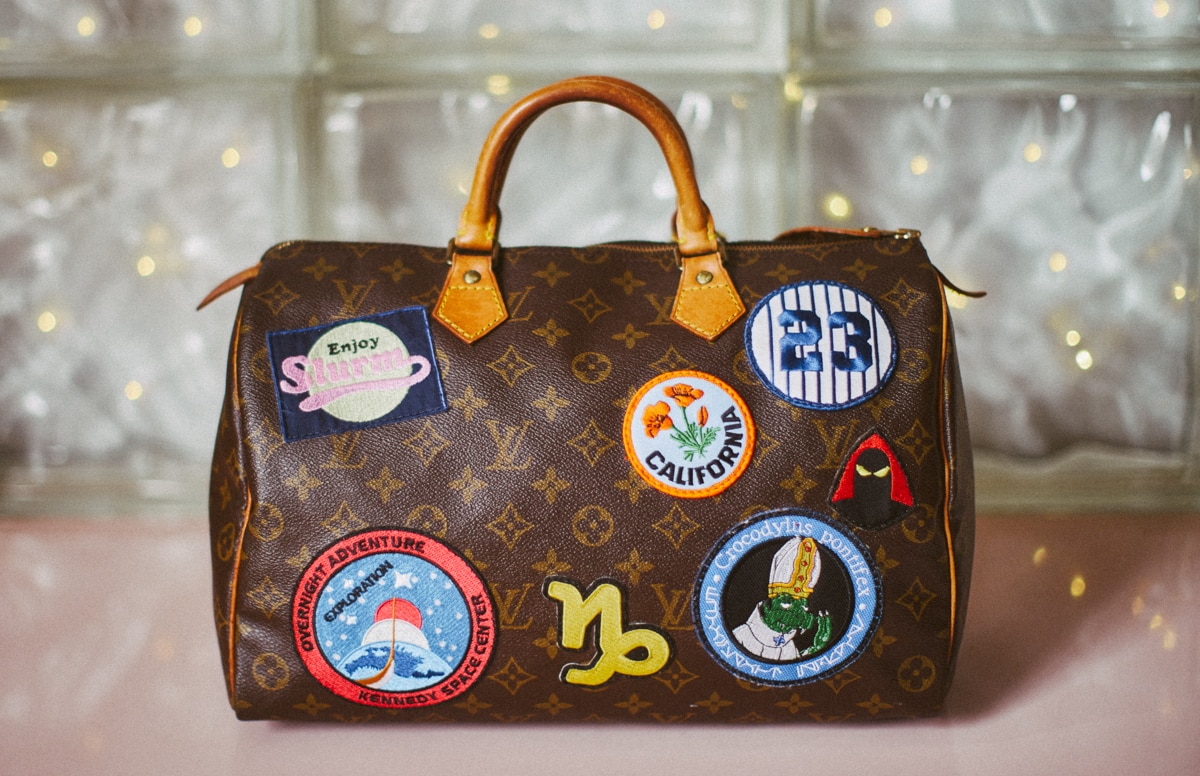 The most iconic aspect of the Speedy? The brand’s Monogram print, which is as defining of Louis Vuitton as its bag structures are. Fun fact: the purse was dubbed L’Express when it first launched and it was available in three different sizes (30 centimeters, 35 centimeters and 40 centimeters). In the 1950s, the one and only Audrey Hepburn asked for a more compact style of the product, a request that led to the creation of the Speedy 25. 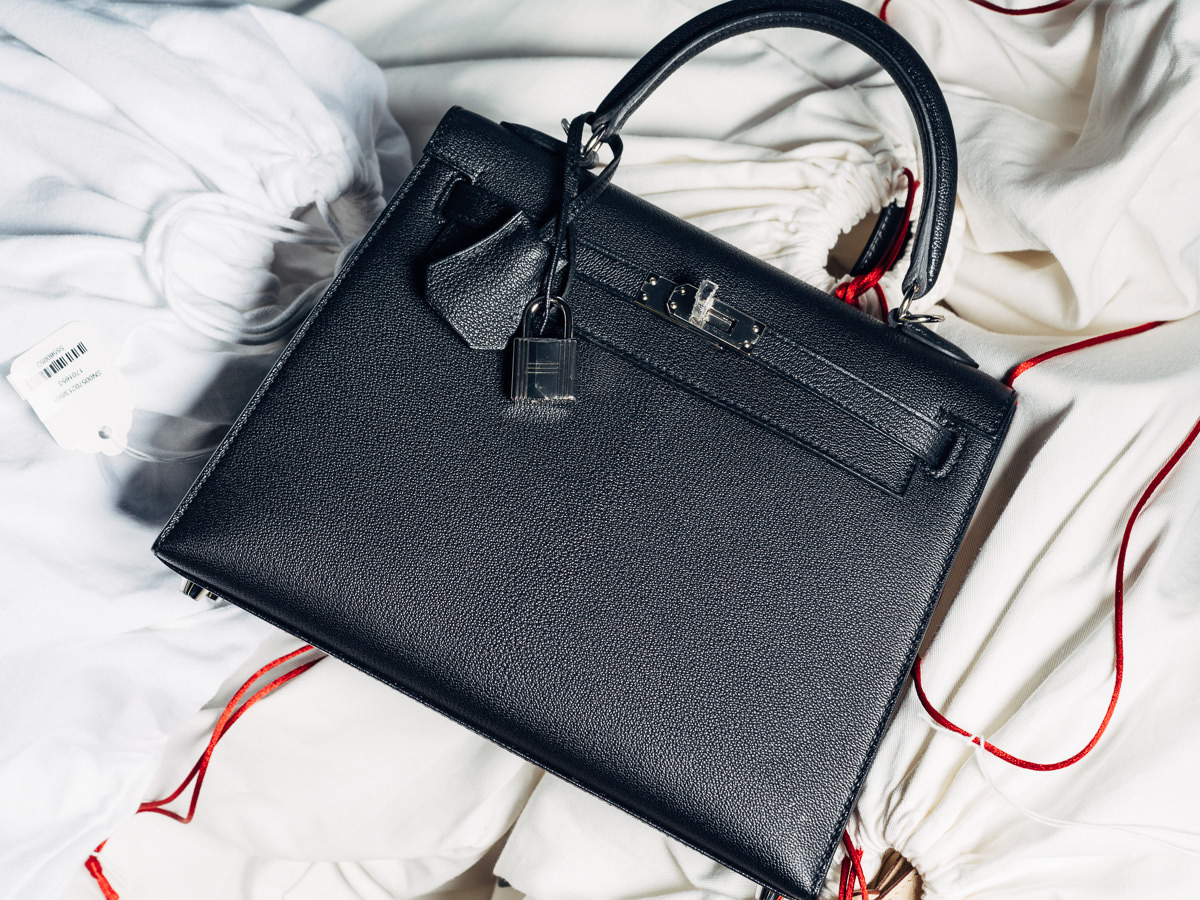 Reminiscent of the Birkin, the Kelly bag was named after Princess Grace Kelly. Featuring two straps on its trapezoid shape, the current model (Kelly II) actually comes in two different styles, one rigid and the other softer. Each bag sold by the brand is created by a single artisan and requires between 18 and 25 hours of handicraft. 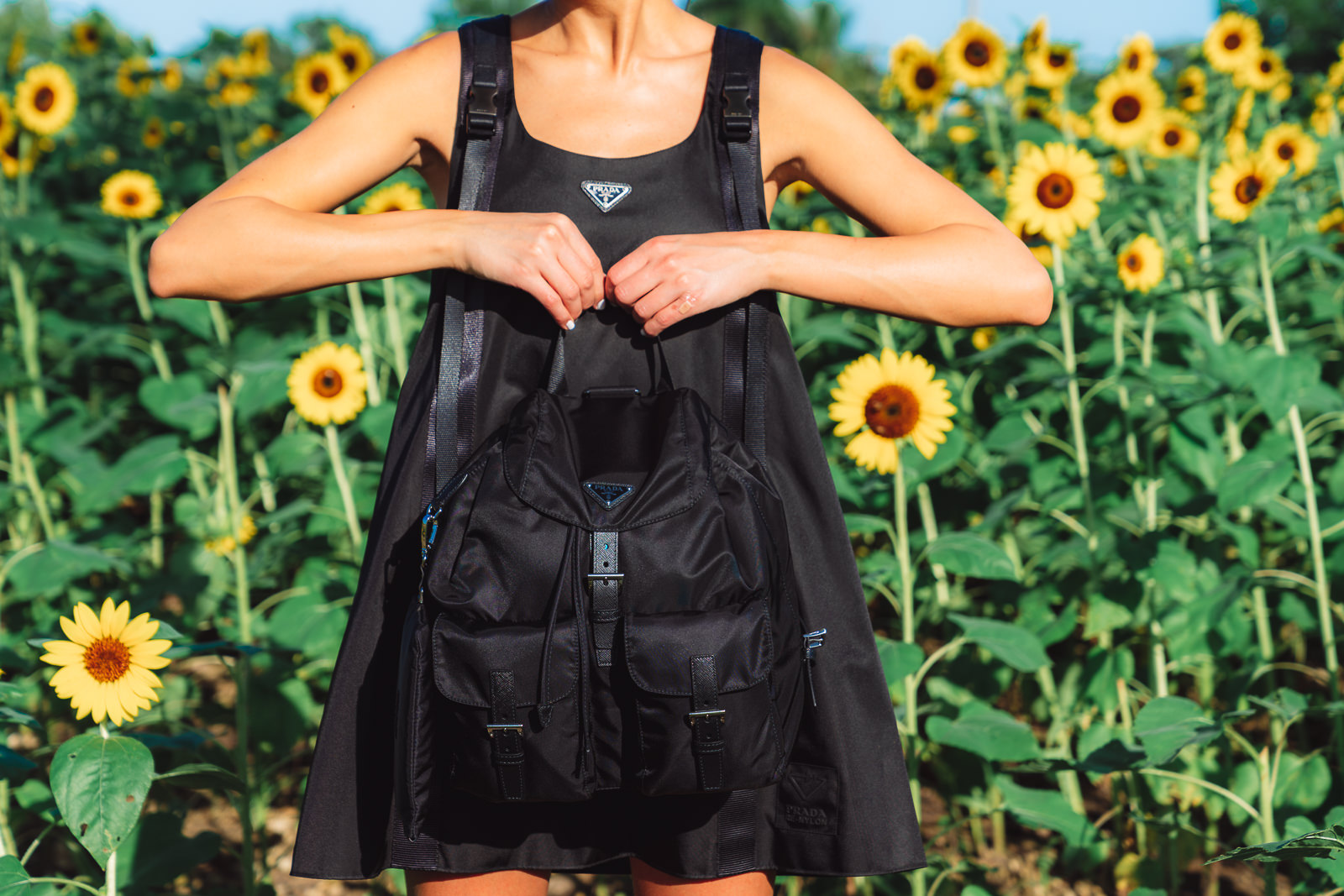 Yes, even backpacks can make history—especially if they’re created by Miuccia Prada. The designer released the iconic nylon product back in 1984, to the confusion of many folks who regarded nylon and backpacks as the antithesis to high fashion. Needless to say, the product quickly garnered attention, and today, is considered the most luxurious backpack money can buy.

The classic satchel was designed in 2008 by Jack McCollough and Lazaro Hernandez (Proenza Schouler is a combination of their mothers’ maiden names). Originally intended as the “anti IT bag,” purposely lacking a logo to be gazed at and kept off runway shows as a way to contribute to its timelessness, the PS1 eventually became a permanent fixture across fashion circles. Arguably one of the first bags to achieve Internet fame via bloggers and “influencers,” the PS1 is still a must-have today and comes in different sizes and colors. 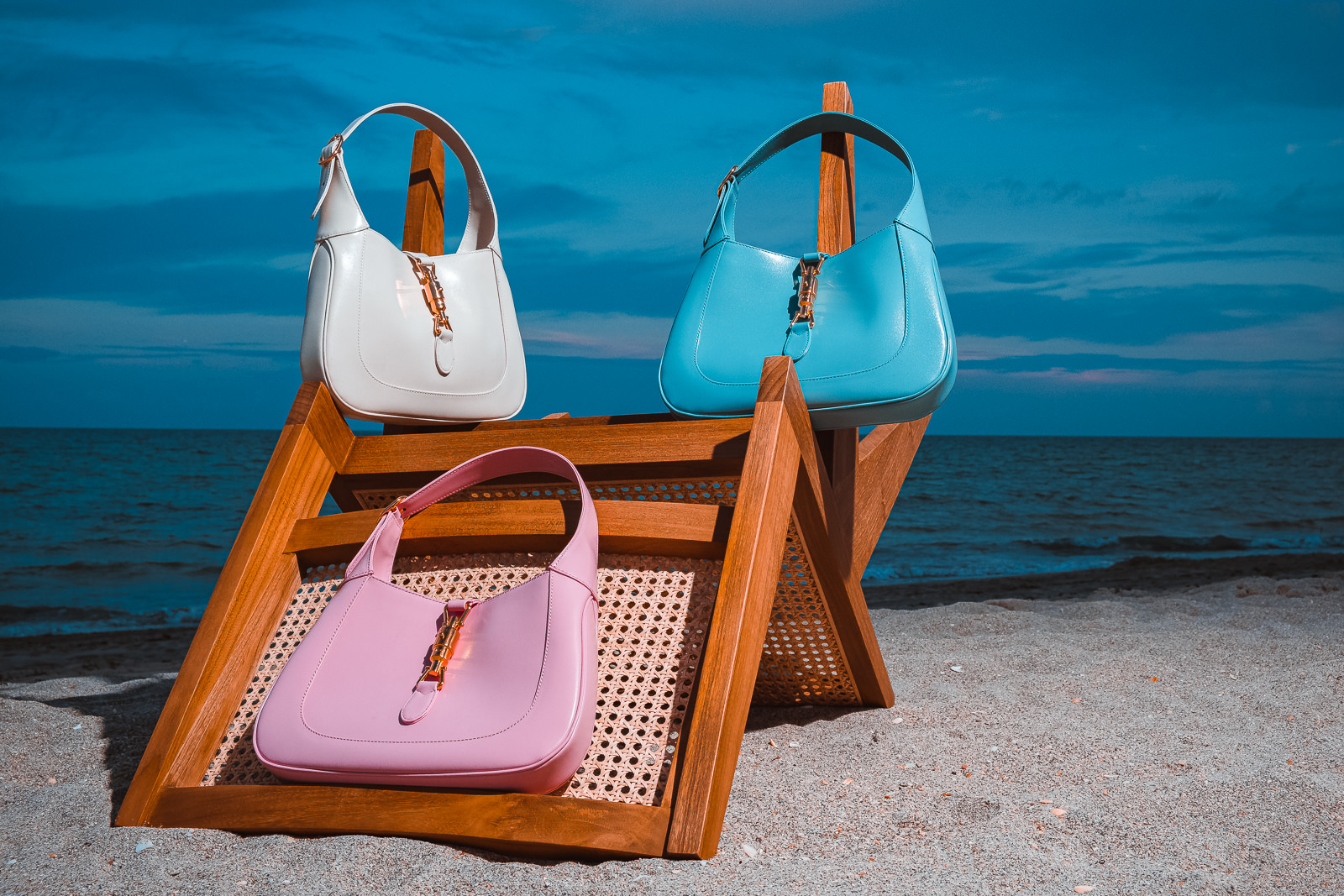 Fashion aficionados might recall the Gucci Constance, which was released in the 1950s and constantly on the arm of Jackie Kennedy Onassis. So beloved was the purse by the former First Lady, and so visible when used to protect her from paparazzi shots, that Gucci decided to rename it after her in the 1960s. 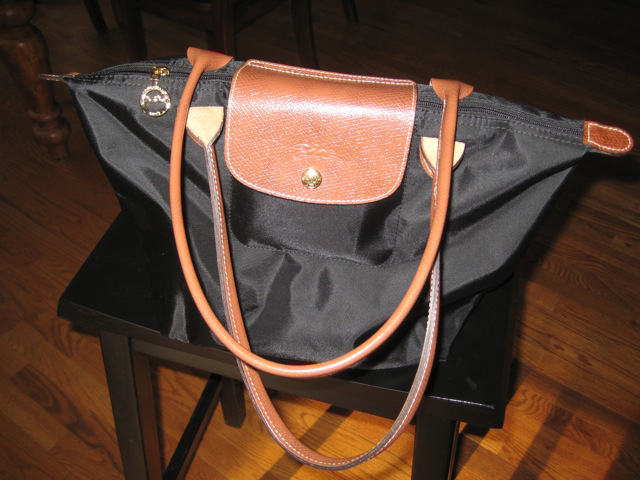 This one might raise eyebrows: incredibly affordable (even available on Amazon!) compared to other mentions, Longchamp’s Le Pliage may not be a luxury bag but it is certainly an iconic one. Designed by the brand’s CEO, Philippe Cassegrain, in 1993, the purse became the company’s most famous offering given its practicality (“le pliage” actually translates to “folding”). Everyone has a Pliage, whether they use it to carry work documents, baby gear or gym necessities. We dare say it is the most recognizable bag among the vastest number of people—fashion devotee or not—across the globe.

Anyone remotely interested in fashion has owned at least one Coach crossbody messenger bag in their lifetime. Incredibly affordable and now available in different colors and styles, the bag is one of the brand’s more modern designs and features a slew of different pockets. Can you think of a more identifiable crossbody bag? That’s what we thought. 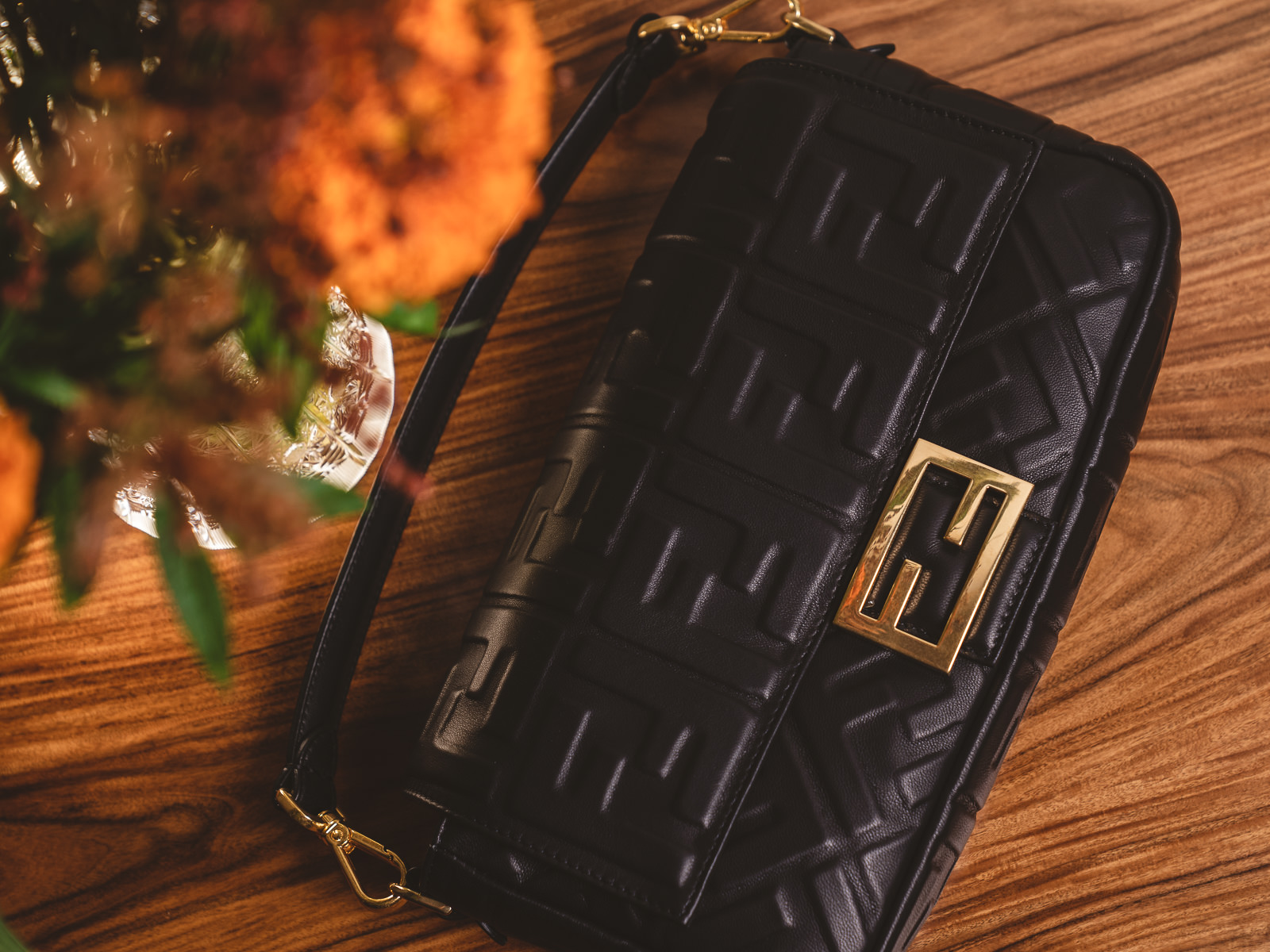 Silvia Venturini Fendi created the Baguette in 1997 in an effort to provide fashionistas with a bag they could easily carry under their arm just like the French carry their daily bread—which is how the product’s name came about. Once again, Sex and the City helped elevate the bag to grander levels of fame. In “What Goes Around Comes Around,” episode 17 of the show’s third season, which aired in 2000, Carrie Bradshaw is mugged while carrying the purse—which her assailant refers to as “your bag” and the character clarifies is “a baguette.” 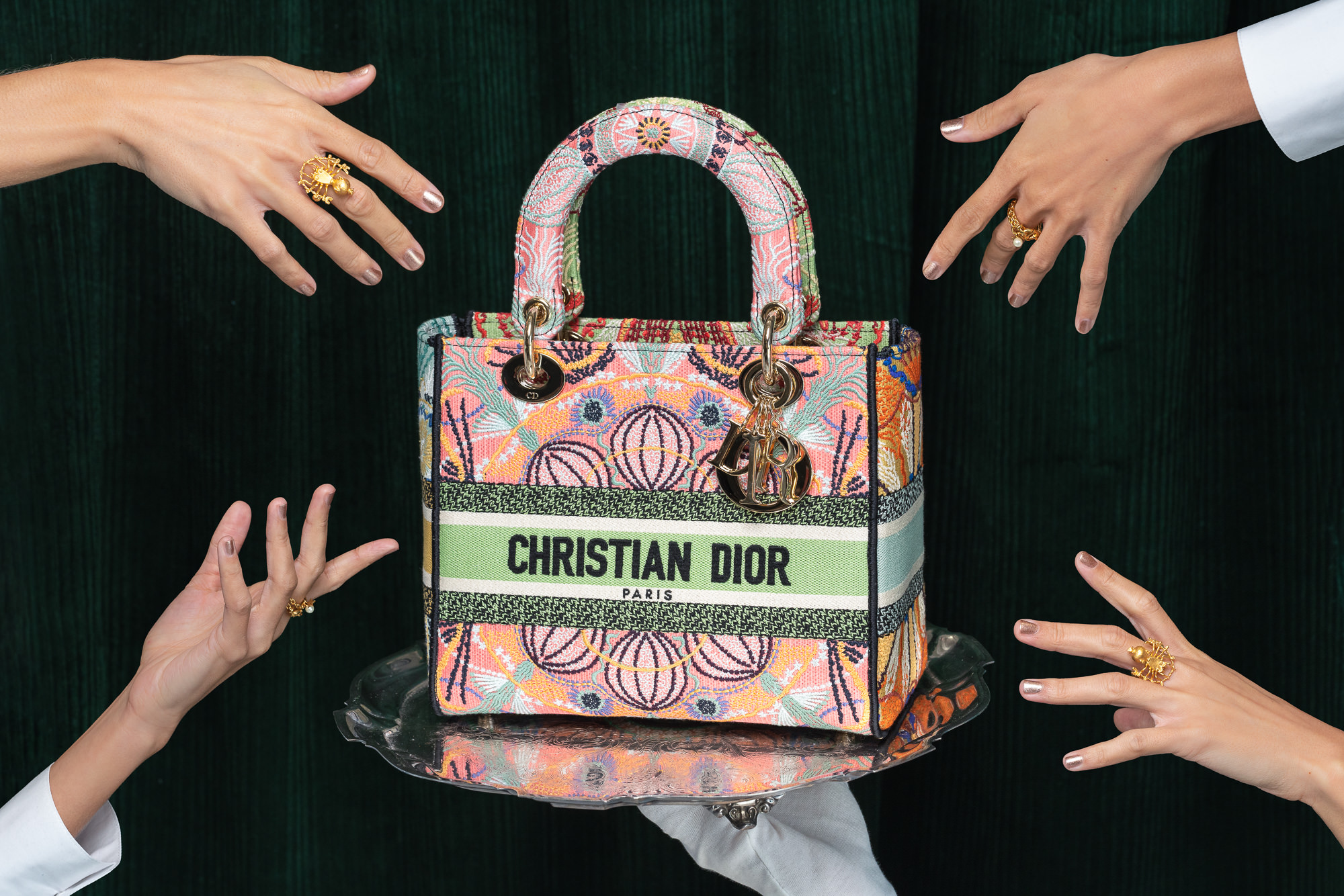 First Lady of France Bernadette Chirac first gifted this bag to Princess Diana in 1994 as a representation of the French’s dedication to elegance. In fact, the purse’s quilted motif was apparently inspired by the canework of the Napoleon III-style chairs that folks sat on when watching Dior’s haute couture shows. Still a signature piece, the bag was photographed in the hands of the late Princess a myriad of times, instantly becoming a cult status product.

Fun post to read with all these handbag fashion icons but totally surprised to find the ps1 on this list… ?

I initially agreed with you but when I thought about it i realized how many messenger style bags it inspired by other premier as well as contemporary designers- EVERYONE made a messenger style bag after they came out with this. I never personally liked the PS1 but then a couple years after it peaked i saw a Loeffler Randall Rider bag in fuschia haircalf and had to have it- to this day it is consistently my most complimented bag, I never wear it and fail to get comments and questions. I think Proenza Schouler started a serious trend with this one.

Interesting take because to me the PS1 is not a handbag icon at all… I find it so unappealing. But it’s all very subjective I suppose!

I agree and well said.

This was so fun and interesting to read.

I love this blog! Took me down memory lane with the Proenza Schouler PS1 which I used all thru my years at university. That was a great bag for me and I still love it to this day.

What about Louis Vuitton Alma…?

LV Alma and Hermes Bolide are basically the same bag and the same age, probably just didn’t want to get into the debate over which came first or is most “iconic”.

The LV Alma was created in 1934; the Hermes Bolide was initially created in 1923 as a “zippered carryall” for large items with the bottom zippered part used for jewelry, etc. The Bolide was created, in handbag size, in 1982. Given the historic nature of both, it’s interesting that they weren’t included. Both have inspired multiple designers to create similar bags so it’s unfortunate that they were overlooked.

I agree, I think you can take out LV Luggage and put some excellent classic BV pieces.

I love my Balenciaga and my Speedy but my Alma should be on this list too and my Chanel Double Flap, all classics in my opinion.

I think your list is pretty good (not amazing but pretty good), lots of nice classic examples. My favourite is definitely that Chanel 11.12 in that material & colour! Stunning, beautiful evening bag with a little black dress. I don’t understand how Prada can get away with nylon and that price tag, that was literally when the definition of “you are paying for the label” came into existence! Plus I prefer Longchamps shapes in nylon to Prada’s shapes – BUT I do like the backpack – it’s nice… at H&M for $50.

Finally, the Gucci Jackie is definitely my favourite Gucci classic shape and all the leathers it’s in, really come out wonderful. Both CD in this list can go… in the garbage – or black hole, never to be seen again. Sorry but the Saddle bag (especially in this material/pattern) just look SO CHEAP. They made it in this beautiful puffy black leather and it looked stunning, very classy & EXPENSIVE, every other material I have seen it in, they look sooo cheap. **Shrug**