Are You a Hobo Person?

Let’s admit it, we’re at that point in the market where handbags don’t really come in any “new” shape. From open totes to flap bags, we’ve seen it all, and anything that doesn’t conform to our recognized shapes, whether it be an airplane-shaped duffle or a dismembered Mickey Mouse head (I’m slightly inclined to call it a structured top-handle), are surreptitiously slid under the umbrella term of “novelty bags”. In fact, the last radically different design that excited us all was probably the Loewe Puzzle, but even that occupies a grey-ish territory between a duffle, crossbody, top-handle, and satchel.

Nowadays, bag shapes have moved towards defining a silhouette rather than serving as a dish for bells and whistles – the sleek curves of the Bottega Veneta Pouch or the structured essence of the Gucci Diana prove my point. It isn’t as much about what’s on the bag itself anymore as much as it is about creating a clean aesthetic. And one particular shape of bags has benefitted so immensely from this minimalist trend that it might as well have been transformed into a new style altogether. Yes, I’m talking about the hobo, and before you consider leaving this page right now, let me tell you that the popular perception people had about the hobos of the early aughts doesn’t really exist anymore. In fact, the hobo styles of 2021 happen to be some of the season’s most desirable bags, and there isn’t one crystal-embellished, fringed, and/or studded one in sight (looking at you, Christian Louboutin Lucky L Hobo)!

Although most common handbag shapes have had a (relatively) straightforward trajectory – the flap has grown since 1955 and novelties have been “in” since the Middle Ages, the hobo has had rather humble origins. The term comes from migrant workers who came to cities on freight trains, carrying their belongings on a sack tied with a bindle stick (the kind you see on Tom & Jerry). During the Great Depression, millions more were forced into this lifestyle, and “living out of a bag” became commonplace. This style of soft, large oversized bags that literally carried people’s lives was adopted and styled as the first commercial hobo bag in 1936. Originally, it retailed for only 35 cents. In fact, the hobo was very much in line with the late 90s/early 2000s trend of “grunge” fashion, its previously derogatory meaning appropriated by its supposedly “edgy aesthetic.”

This trend continued well into the 2010s, so much that nearly every It-bag of the era had its own hobo edition, whether it was the Chloe Paddington hobo, Balenciaga Day, the Fendi Croissant, or the more affordable, but by no means less coveted, Rebecca Minkoff Nikki. Clearly, what had started off not entirely unlike simple transport sacks had blown up into one of the most maximalist displays of wealth ever (remember the Diane Von Furstenberg Stephanie?)! Chanel even went so far as to design the gigantic Coco Cabas XL, inspired by garbage bags, and if that’s not the best example of understated chic, I don’t know what is. The 2000s hobo wasn’t spared from the logo treatment either, whether it was the Louis Vuitton Multicolor Chrissie, the HUMONGOUS Suriya XL, or the Gucci GG Supreme Horsebit Chain Hobo.

But then, quite suddenly, in fact, the hobo died. It wasn’t even during the era of “the mini-er, the better”; rather, it became simply unfashionable to carry that big bulging lump of sumptuous, smooshy leather. Thus, all the Fendi Spys and Coach Editorial Zoes went back in storage, and honestly, the fashion industry as a whole sort of lost direction. Don’t get me wrong, it was a major turning point alright, with modern classics like the Saint Laurent Sac de Jour, Givenchy Antigona and Céline Luggage in their nascent stages. But as one Vogue piece puts it, “The hobo bag is full of just that: fun. Its strap is strong, its body is expandable, curvy, and carefree, sometimes with a bit of slouch. It’s made for a day of shopping—stuff a pair of vintage jeans in there!” 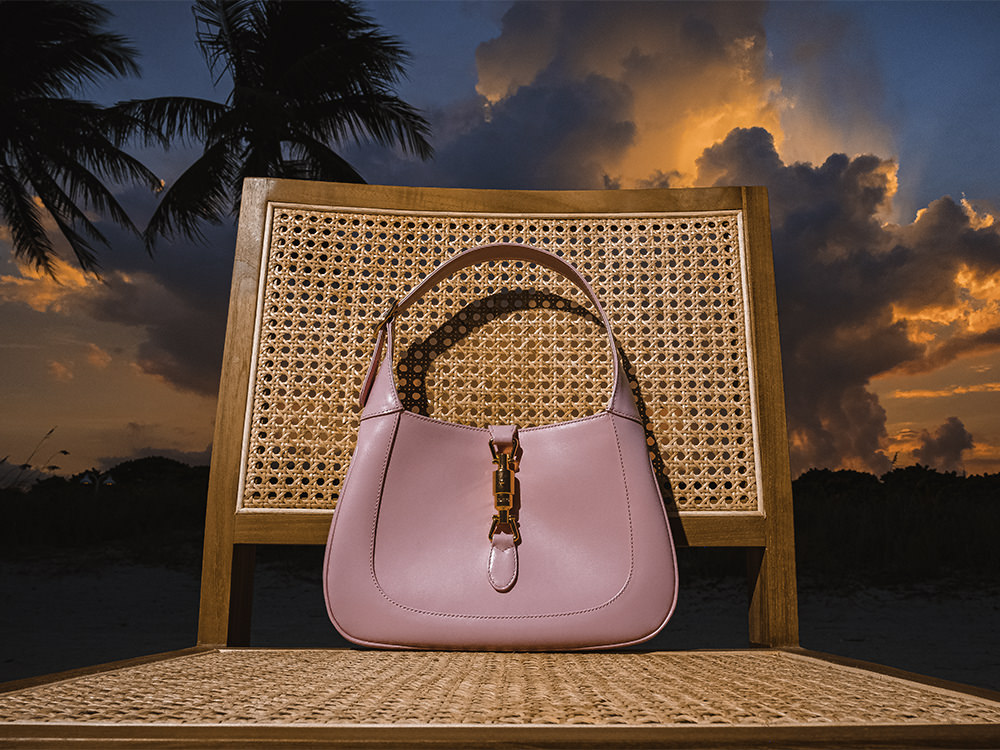 Indeed, the departure of the Y2K era, and that of the hobos of yore with it, creates polarized opinions – some of our PurseForm ladies continue to swear by them, while some have shifted to the other side. And it’s not like the naysayers don’t have a point. Hobos did tend to get pretty oversized, sometimes quite heavy, and turned into what most bag-users fear, a black hole (also the reason my mom has misgivings about getting one for herself).

Can the same be said of the hobos of 2021, though? Not at all! In fact, the hobo has now become one of the most flexible and versatile silhouettes on the market, coming in scores of different sizes, starting from the Prada Nylon Re-Edition Hobo on the smaller end of the size spectrum to the everyday-appropriate Gucci Jackie 1961 to the reissued Fendi Croissant, all updated takes on early-2000s styles elevated to 2021-chic! And guess what, the bag that celebs, influencers, and editors alike just can’t get enough of, the Bottega Veneta Jodie, is also a hobo! 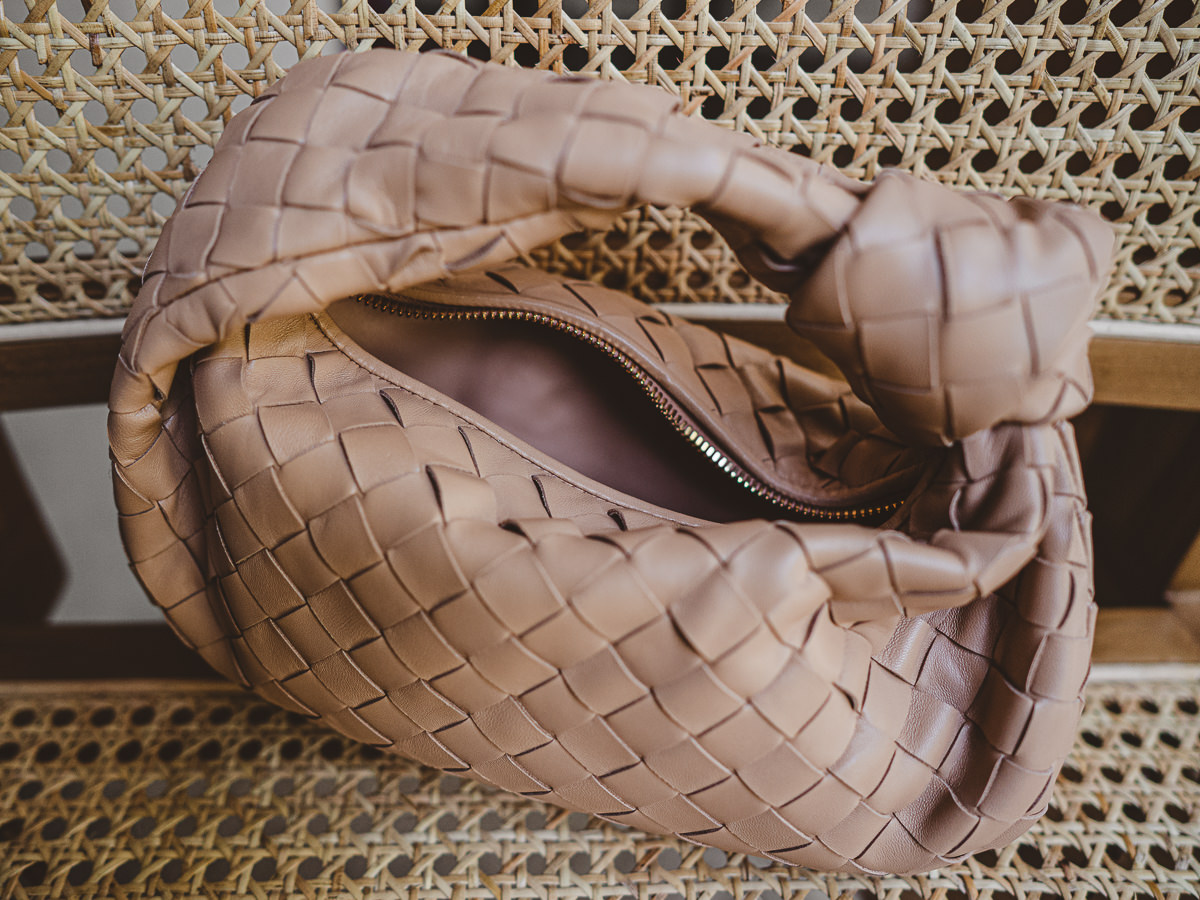 So, like everything else in fashion, the hobo has undergone a popularity curve. We’ve seen super showy ones as well as ones that are pretty incognito, and we’ve had ones that could fit a body in it as well as those that can barely hold your phone. And now, we’ve reached that point where it’s a classic; it strikes a perfect balance: not as small as a Baguette, but not as huge as a tote, and yet it’s conveniently shoulder-carried like a Baguette while being spacious like a tote. Hobos have become more accommodating than most bag-shapes out there, and it’s already in the midst of a major comeback. In hindsight, it probably never left our minds in the first place. Why else would fashionistas have continued to debate about it for all this time?

I really like the Gucci Jackie but I have not made the purchase. Maybe I am not a hobo person, ha!

What I really love about the Gucci Jackie though is that there are sooo many variations of it available across new and pre-owned markets. Remember the Gucci Jackie Soft Tote? Undoubtedly my favourite iteration (although not a hobo either!)

I just got a coach suede hobo at the thrift store and it’s such a cute and trendy size I’m so so so excited! Reminds me of a baguette
& It’s perfect for fall

This purse exactly has the slouch I have been looking for.

I think it’s called the soho 🙂 there’s a lot on eBay and Poshmark!

It is indeed very baguette/croissant-like, and that suede looks so lush! Absolutely divine, congratulations Mel!

Nope never was and never will be a hobo person

Me too. Sorry but this is my most hated style (along with the drawstring bucket/backpack such a hassle to open and close the bag takes to much time—flap zip and magnetic closure are the easiest styles for me). I dont like the way it slouch in the middle and everything inside gets jumbled up if you dont use a bag organizer. And the handles also looks stretched out if the bag is full. Sold a bunch of old bags in this style.

the nature of the smaller bag is minimalist. The larger size is relaxed and casual. You’re meant to use it for shopping, not the office. So I have to disagree there. I am a big fan of the minimalist Gucci hobo in the Tom Ford era.

Saw a leather, yes leather Gucci hobo with bamboo handle in one of a famous thrift chain here in Japan.
My niece is a die-for Gucci fan and got it for her. I looked at it and fell in love..such a cutie, will use it a few times before I turn it over to her😁!

I once did the same, except replace “niece” with “unsuspecting friend” and “delicious Gucci leather bamboo hobo” with “limited edition but generic backpack with grommets”. Ended up persuading myself that it wasn’t going to be his style anyways (and keeping it!) and getting him another one.
Godspeed to you Lia!

Love a hobo bag recently got the LV graceful I think it’s so practical and great for everyday!

I love the Graceful in Damier Azur! And in related news, keep ’em coming!!

Yes I am. I like large hobo and sometimes I used it as a bodyshield 😀

I assume that’s what most celebs did in the 2010s when faced with unwanted paps.

I love the big-bag hobo style. I think they make a great alternative to a standard tote for travel or work. For midsize to smaller bags, I prefer a boxier look.

Hobos are my go-to for travel since I prefer open top totes for work which aren’t ideal for travel. I’m currently traveling with my Rebecca Minkoff Michelle hobo. Last time I traveled I carried an old Coach hobo.

Exactly! They feel so different than totes, and some styles look best on the hobo than other shapes too, like the Gucci Horsebit.

I used to really despise the hobo shape. I had one and, as others mentioned, felt things got jumbled and I preferred a cleaner silhouette. For me I think the key is having the hobo be the right size and accessibility so it’s functional and doesn’t come off too “messy”. I bought a Bottega veneta small Campana and it’s the perfect size and slouch, and with the magnetic closure stays very accessible (I found zippers ideally required w2 hands w hobos to hold the fabric and pull it down the curve).

Yay!! Welcome to the Team!

I have a Gucci Jackie and a Rebecca Minkoff Nikki and there’s no comparison, I ADORE my Nikki, and i never wear the Jackie, i’ve only worn it like twice. Probably should sell!

I own a couple of the first versions of the Jackie bag and one Coach hobo. I love the Jackie bags because they have a bit of structure. I rarely carry the Coach. I feel like my stuff is in a trash bag.

While I like the look, I find that the hobo to not be functional.

Have you tried the Coach Edie? It’s called a “Shoulder Tote” and has got 3 compartments, but the aesthetic of a hobo too.

I love a good hobo shoulder bag. I bought a brown Prada one years ago and literally wore it out. I’m in the market for a similar one, but so far no luck.

Perhaps you could get the same one but in a different colorway, since you’ve been especially fond of it?

I don’t even want to tell you how many Nikkis and mini Nikkis I have, it’s a great bag with enough interior pockets to keep me organized.
Now about you, I LOVE the way you write! Always very interesting and engaging.

Thank you!! Indeed I love the slouch of the Nikki and stud details on the Nikki.. Especially the Supernova studs!