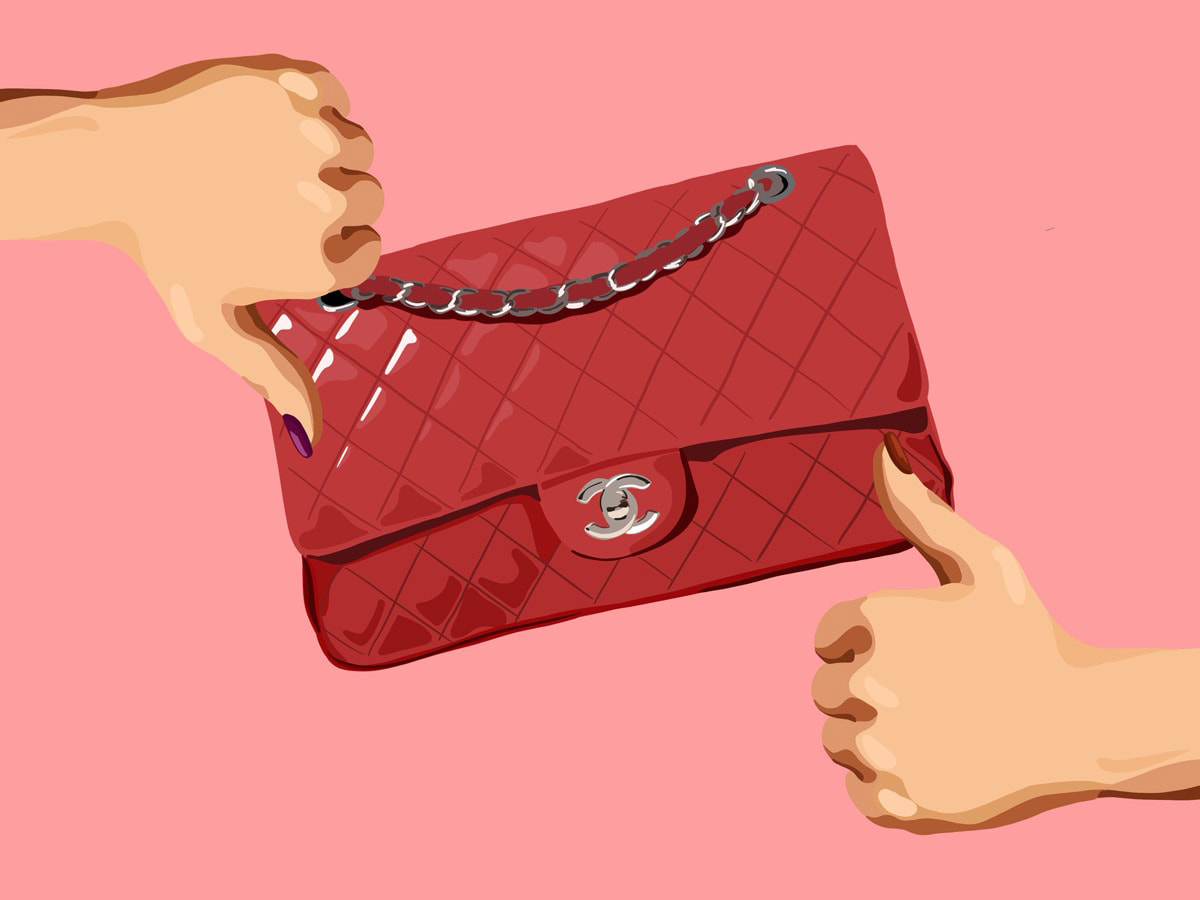 Although flap bags as we know it were introduced only recently by Mademoiselle Chanel, flaps, as locking mechanisms, have been in existence for much longer. In fact, flap bags, saddles and bucket totes were HOT in the Medieval times – and so were novelty bags shaped like acorns and frogs. Some trends just don’t seem to die!

My point is, flaps serve as an infinitely more elegant closing arrangement for a purse than a zipper, which was invented much later (1913 versus the Middle Ages), and that seems to rather cheapen the look of a purse overall. Other common closures include drawstrings, which reduce the bag’s capacity when actually, well, drawn; or simply leaving the bag with an open-top, which subjects your belongings to various degrees of risk.

It also goes without saying that the most expensive, “investment-worthy” bags in the market, i.e. the Birkin, the Kelly or the Chanel Classics, all have flaps on them! Indeed, where would fashion be today without flaps? 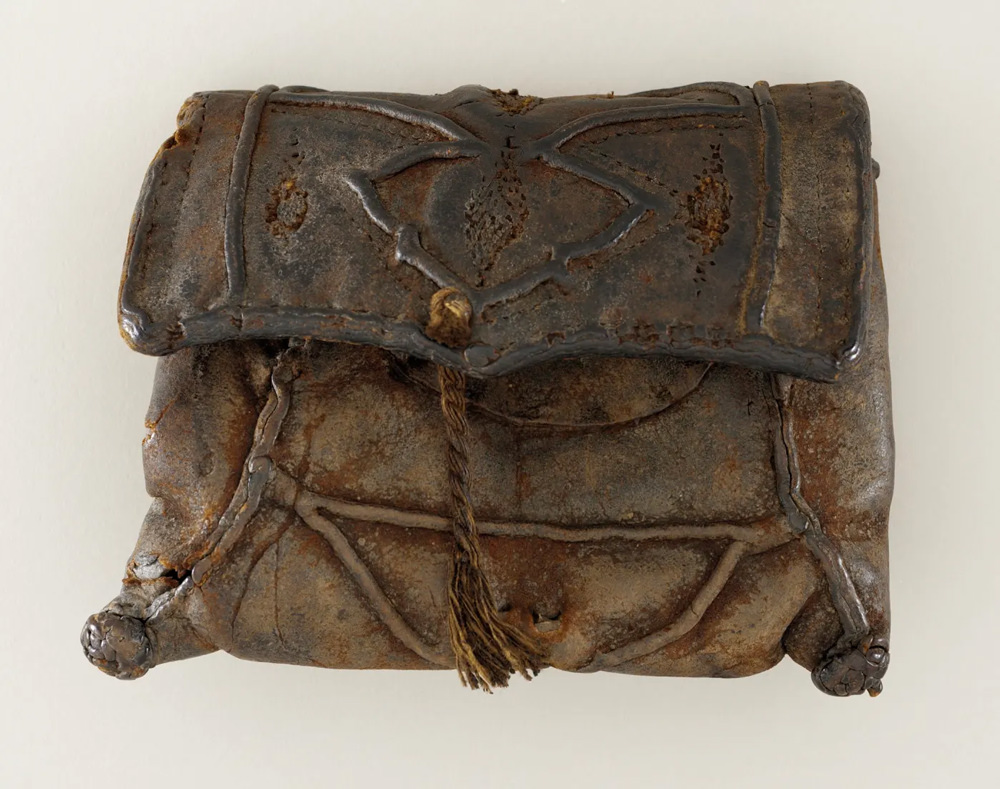 A 14th century distressed-chic man-bag featuring a flap seems pretty fashion-forward, huh?
Now, let me preface the next part by saying that I’m not particularly averse to flaps. In fact, I actually find certain ones quite appealing – just try to imagine the Mulberry Alexa or the Luella Gisele without their signature flap closures, do you suppose they would have achieved the It-bag stardom they did? I highly doubt it.

However, while I appreciate the flap as an element of functionality, what I simply can’t gather myself to like are purses where the flap serves as the primary design feature, and too oftentimes, impracticably small purses, like the Hermès Constance or the Saint Laurent Envelope.

Firstly though, let us consider why this style has become so massively popular today that no fashion-loving person in their sane minds would consider a wardrobe devoid of a flap bag. In fact, it’s difficult to come across a handbag brand without one in its lineup either. And whenever we talk about flaps, what comes first to the mind is Chanel. Although most popularly known to have created the iconic 2.55 in February of 1955 (hence, the name), Coco Chanel actually came up with the idea of a flap bag in 1929, later building upon it with a convenient chain shoulder strap to defy the norm of the hand-carried heavy top-handles of that era. There are certain other quirky tidbits about the house’s historic flaps that we’re all familiar with too. Whether it’s how the 2.55’s quilts are inspired from stablehands’ coats, how the burgundy leather lining draws from Coco’s childhood orphanage, or how leather was added to the chain straps during times of scarcity. So of course, there’s a huge heritage element involved when it comes to Chanel’s flaps, and that’s what has triggered an endless series of lookalikes from other fashion houses like Marc Jacobs, Tory Burch and Rebecca Minkoff. 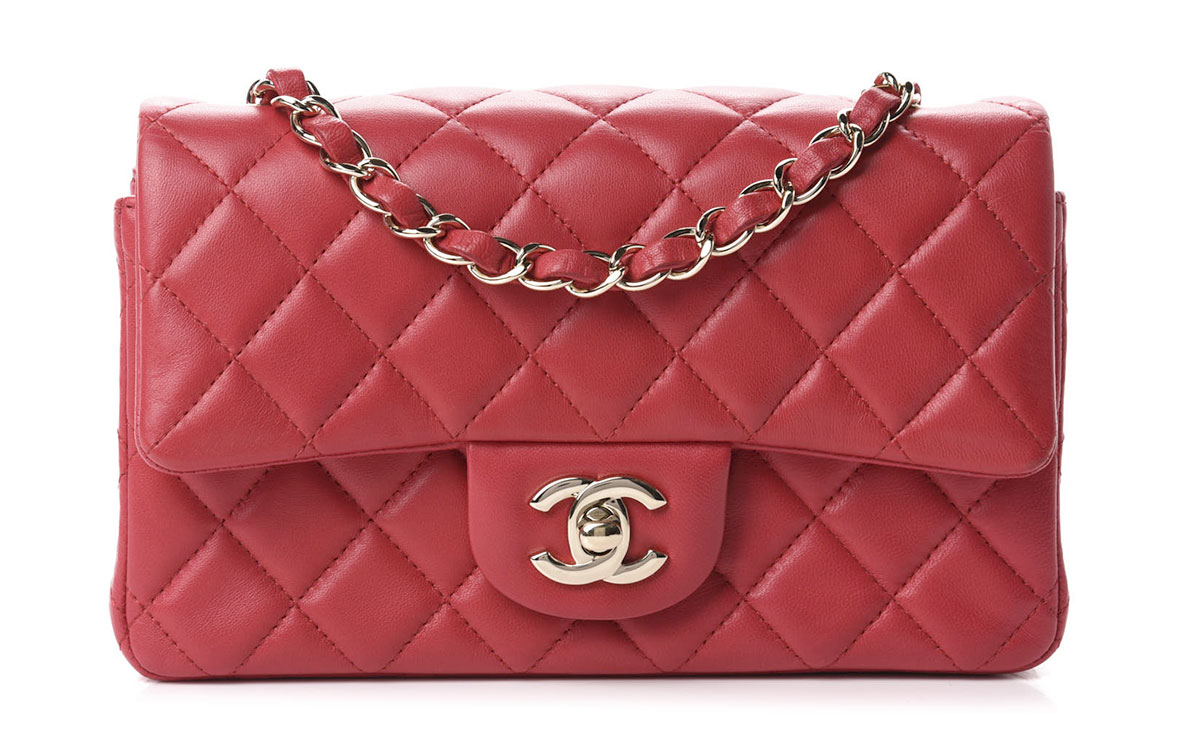 Secondly, from an investment perspective, buying Chanel flaps seem to make a lot of sense. This isn’t something that by any means applies to other fashion houses – it’s primarily made possible by Chanel’s biennial or triennial price increases. Hence, purely from a financial standpoint, Chanel Classics can be bought (and probably not even used) and resold after Chanel’s next bump in prices at the same cost that they were purchased for, and maybe even more!

Thirdly, there seems to be a concentrated consensus regarding flap bags as versatile, functional and stylish purses, ones that can be dressed up or down, worn with anything and everything, fit all the basic essentials and yet, look chic.

And you see, this is the point where I’d like to disagree. While this opinion on flap bags is entirely subjective (and dismays oversized bag-lovers like me), just imagine all the downsizing you’d have to do to fit your existence into a Chanel Medium Flap. If you’d really like a Chanel, you could always opt for their totes, or you could get yourself a Chanel Camera Bag. 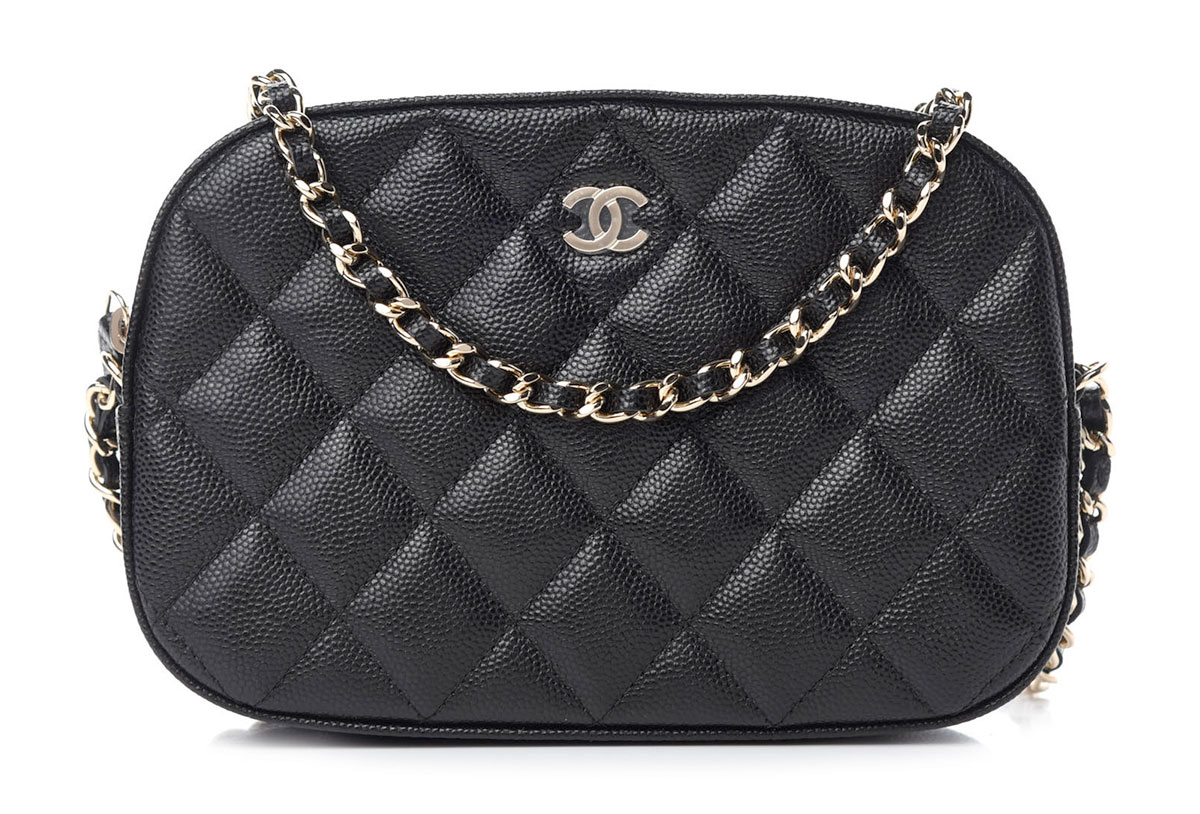 Therefore, functionality seems like a jarring issue to me when considering flap bags. In fact, even though certain aspects of the Double Flap, for example, seem to appear more functional, like the back slit-pocket or the compartment below the top flap, getting to the point of using them is a different issue altogether. Users are too paranoid about ruining the structure of the purse to actually utilize these “phone-sized” pockets for their phones! That’s especially true for circumstances when you plan to resell the bag, since recouping the investment requires the bag to be as pristine as possible. In fact, I am inclined to believe that it’s this need to baby your Chanel Classics that makes selling them a much more convenient option rather than maintaining their upkeep. Again, just my honest opinion. 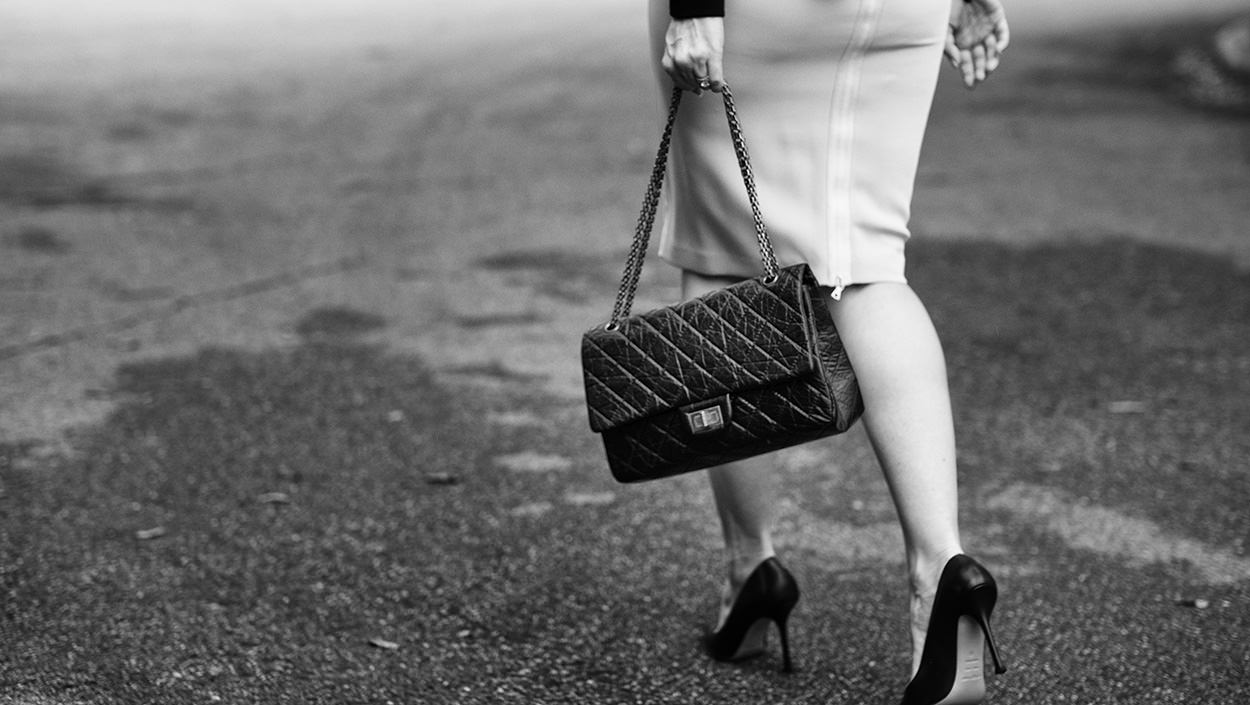 And then, when it comes to the types of leathers they’re available in, there seems to be a lot of conflicting advice as well – the lambskin is particularly prone to scratching, so good luck getting much use there, while the caviar, as commenter W S M describes, not only has a lifeless, “frozen in time” look, but is stiff and hence, not very spacious. Whereas, if you’re going for a patent option, its resale value is likely to be lower. Add to that the fact that the very purpose of the extra flap in the Double Flap seems to be to reduce the space available for use, it’s easy to overstuff, and subsequently ruin, your precious Chanel.

Not only that, most flap bags that follow Chanel’s footsteps seem to share certain common characteristics, so again, those of us prone to overstuffing our bags (overstuffing = phone + full-sized wallet) risk misshaping them, aesthetically at least, even if resale isn’t the purpose here. Additionally, there’s the debacle of the chain strap, which is rarely (if ever) adjustable unless you’re resorting to awkward (and often damaging) twisting maneuvers. Plus, is the chain itself ever comforting to the shoulders? I’m leaning towards a no to that.

At the same time though, it’s easy to see why this mini-bag trend makes plentiful use of flaps, because any of the other locking mechanisms described above (like zips or drawstrings) are likely to reduce the purse’s already meager capacity! And then, can any of us even imagine a Chanel Flap (or a YSL Sunset, or a Gucci Marmont) with a leather strap instead of a chain? Highly unlikely, though probably infinitely more comfortable. 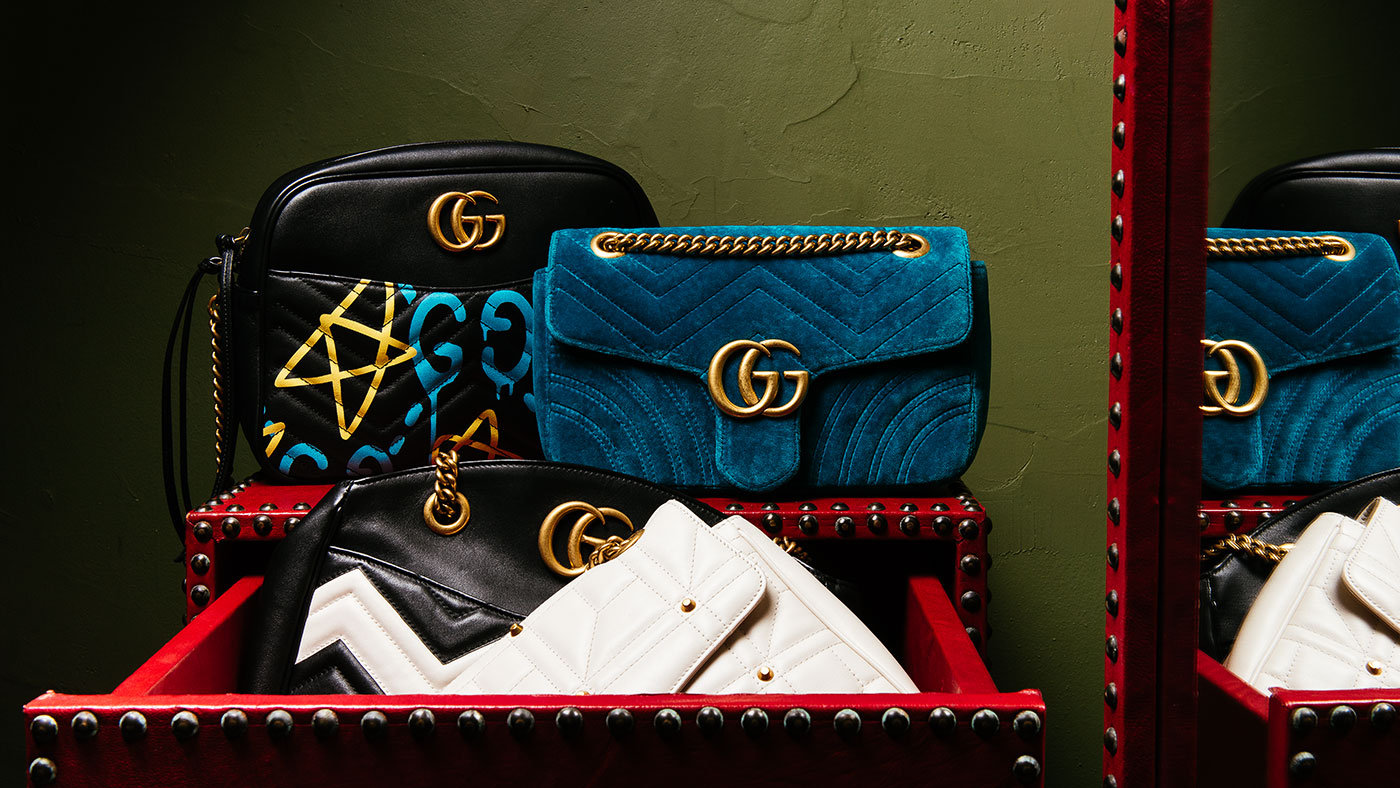 I could continue ranting further, but you probably get my point. Is there, then, an alternative? Well, I’ve recently been feeling an inclination towards Bottega Veneta’s The Chain Pouch, which has a frame closure (a welcome deviation from flaps), a buttery soft leather body (you might have to be mindful of scratches) and a chunky, but reportedly lightweight chain strap, that’s just right for shoulder-carry. With that in mind, you’re likely to get a lot more use out of it than a Chanel. But then again, to each their own, right?

So what do you say? Are you anti-flap too, or do you adore them? Have you lovingly purchased a Chanel just to realize how little you use it, or have you successfully downsized to make it your daily carry? Let your stories be heard!