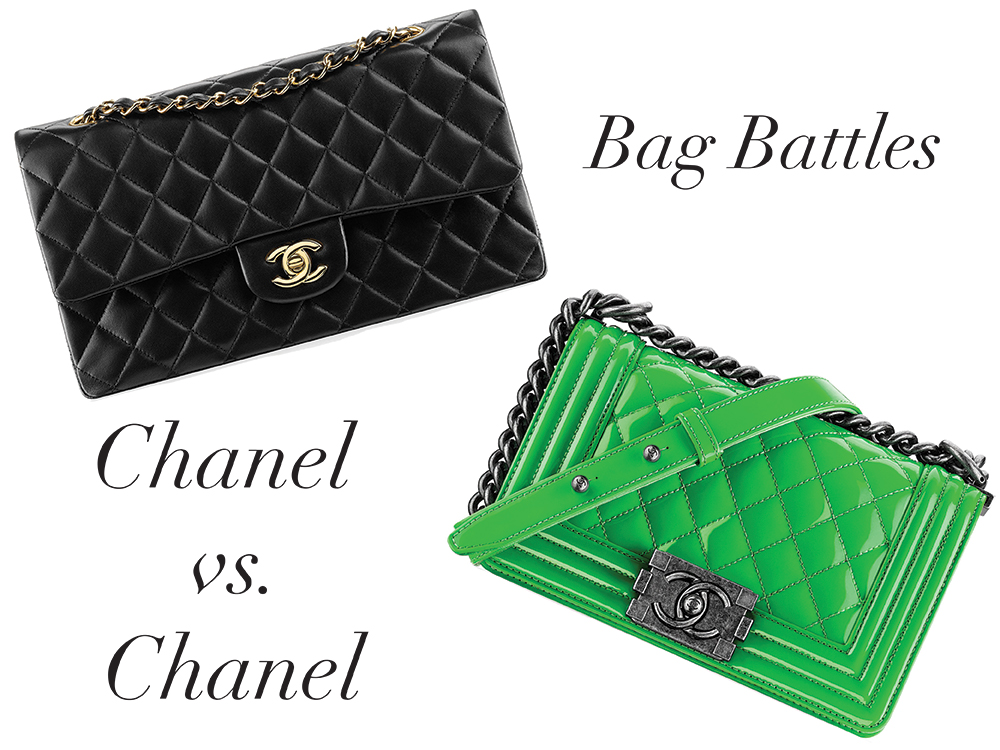 Few brands are as deeply tied to a particular bag structure as Chanel. The legendary Coco Chanel made shoulder bags acceptably chic for upper-crust ladies over half a century ago, and the brand has been closely tied to chain straps, quilted leather and flap closures ever since. A few years ago, the Chanel Boy Bag was introduced to advance the legacy that the 2.55 Flap Bag started and the Classic Flap Bag continued.

Although the Boy Bag is a newcomer compared to the Classic Flap, it’s become so popular with customers that we have no doubt it will eventually enter into the pantheon of Chanel classics. It has the most important elements of Chanel’s signature handbag style (the aforementioned chain strap, quilted texture and flap structure), but assembled in a way that’s less delicate and formal than the flap bags that came before it. If you ever felt like the Classic Flap was too fancy or grown-up for your everyday life, the Boy Bag is a more casual, modern alternative.

On the other hand, the Boy Bag doesn’t have quite as much going for it, structure-wise. Its interior is just a single compartment lined in woven fabric, while the Classic Flap’s is lined in sumptuous burgundy leather and features several pockets and a hidden compartment for love letters. (I’m not joking–check out my roundup of fun facts about Chanel’s flap bags for more trivia.) I’ve held both, and the Classic Flap Bag just feels more luxurious to me, even though the Boy Bag is much more in line with my personal style.

Now we want to hear what you think–tell us which Chanel icon you prefer in the comments! 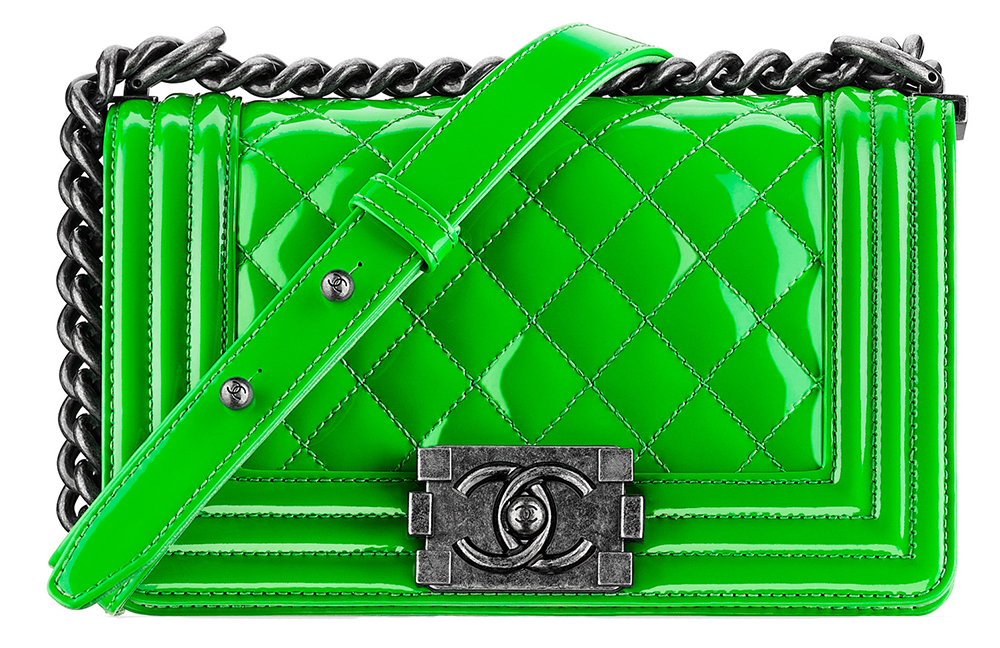 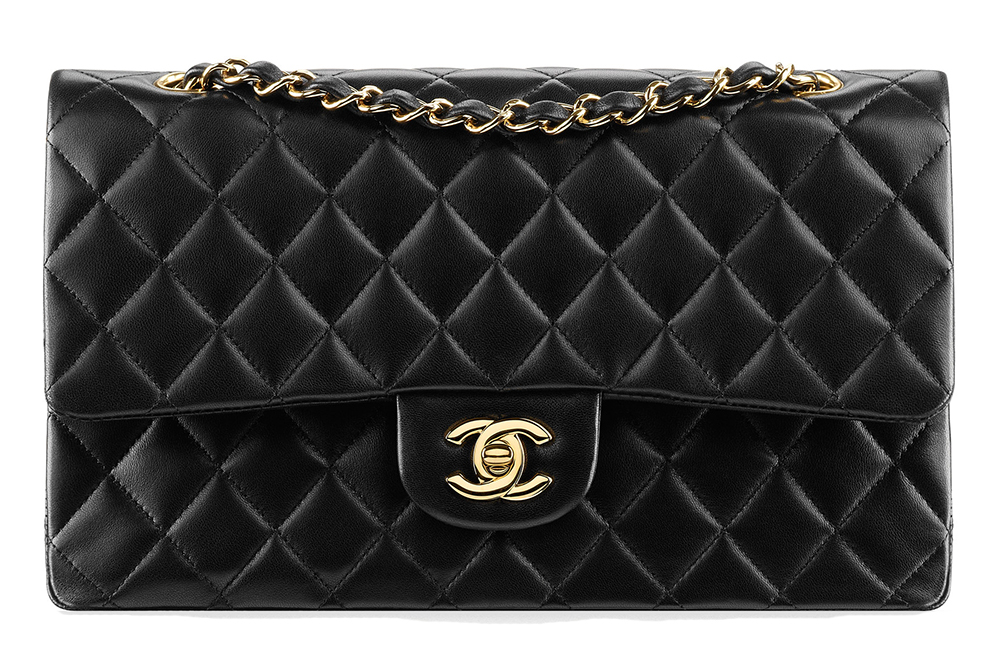 Flap. I think the amount of money you will spend for a new Chanel bag qualifies the purchase as an investment. So I would go with the traditional style. Especially if you only plan to buy one. It goes everywhere and is the epitome of Chanel’s vibe. In my opinion, the Boy is great looking and more modern but not as sound of an investment.

I finally got my first Chanel – and its a Boy! A chevron Boy at that. I’m convinced its down to personal style. What’s classic to one woman isn’t classic to another. I tried the classic flaps in store but they didn’t feel right. I’m way too sporty. I don’t care if the Boy is lined with fabric instead of leather. Makes the bag lighter.

Lastly, I don’t like the double flap inside the CF. Too cumbersome. I ADORE my Boy and if I ever do buy a CF it will be a mini.

The Boy looks great in the chevron pattern!

I love the flap. I bought a boy and felt it looked cheap. Sent it back.

My first Chanel bag was a Classic Flap. After some time I thought I needed a Boy as well. I had difficulties to track one down as they were always sold out. I already had saved quite a lot of money until I finally could find a Boy at a Boutique. I was so excited when the SA showed me the bag. And then I was disappointed because in real it did not look as great as it did on all the instagram pics and I said no, thank you. Instead, I bought a square mini recently and think this was the better deal.

I love both! But if I could only have one, it would be a classic flap (probably in M/L size). That being said, I love having boys in my collection to mix things up and for more casual looks.

This post came at the right time as I’ve been having this dilemma all weekend. If only I could have one of each! But with prices going up by the year that would seem impossible.
I’m now leaning towards the classic flap, but the only thing is, you see more people wearing it than the boy bag.
And i’ve seen group photos where 3-4 people in it with the classic flap in different sizes, makes me wonder, do I wanna be the 4th or 5th person in that photo?

The Boy is more in keeping with my personal style, and I prefer the textile lining because it makes the bag lighter and easier to maintain and keep clean. It’s my favorite bag, and I love that it can be worn with a casual daytime look and can be carried as a daily bag. Aesthetically, I just prefer it to the classic flap. The double flap is also cumbersome, I think, and quite pointless. With that said, my next Chanel will be a classic flap. I just think every woman who loves handbags needs one in her collection. I want it in a smaller size, and it will be more of a “going out” bag for me.

I have both, and while I love the cool styling of the Boy I don’t think it delivers the same luxe feeling as the CF. A compromise option is the Reissue, which is more casual than CF but still has the classic elements. I’ve yet to buy one but some day….

I really love both. I have a small classic flap and I am planning to purchase something larger soon. I am leaning toward the Boy, I love it for the biggest reason, but the other issue is a classic cannot be shipped. The one I have was obtained on vacation. Even on vacation you only have that one store where you are at the time to choose from and many times you have to hunt what you are looking for down, calling multiple stores. If you are a second market seller of these bags, shame on you as you have made it much more difficult for the rest of us. For now, I vote for the Boy bag but I plan to get a large flap too!