Is Longchamp a Luxury Brand?

To be very honest, Longchamp isn’t the first name that comes to mind when I think of a luxury fashion house. It isn’t even the second, or the third. Arguably, it can be classified as a “contemporary label” or an “affordable luxury”. But even though Longchamp’s iconic bag, the Le Pliage, is actually less expensive than most of its counterparts from Coach, Michael Kors and Kate Spade, Longchamp seems to be in a league of its own, set apart from the crowded contemporary bag market of today by some seemingly inexplicable aura. And when speaking of the Le Pliage, it’s hard to imagine a closet devoid of one (if not several) of these versatile ubiquitous carryalls whose name literally translates to “the folding”. In fact, there arguably isn’t another brand, whether it be Fendi or Hermès, that conjures up vivid images of just one bag, as much as the Le Pliage has become (perhaps deliberately) a part of Longchamp’s identity.

However, while that makes it tempting to think that Longchamp only specializes in nylon totes (as much as you’d be inclined to think that Mercedes only makes cars and NOT ready-to-wear; honestly, I’m as shocked as you are), the truth is that Longchamp has a slew of gorgeous all-leather bags that its aficionados just can’t get enough of!

And even though Tina Craig of BagSnob told the now-defunct Racked how all Longchamp bags beside the Le Pliage are mere “vanity projects”, I’m here to disagree, and take you on a tour of the historic French house’s lust-worthy array of handbags that are bound to make you stop in your tracks and start obsessing right now! So sit back, get your shopping apps ready and embark on the Longchamp racecourse (I promise this equestrian pun will make sense in a minute)! 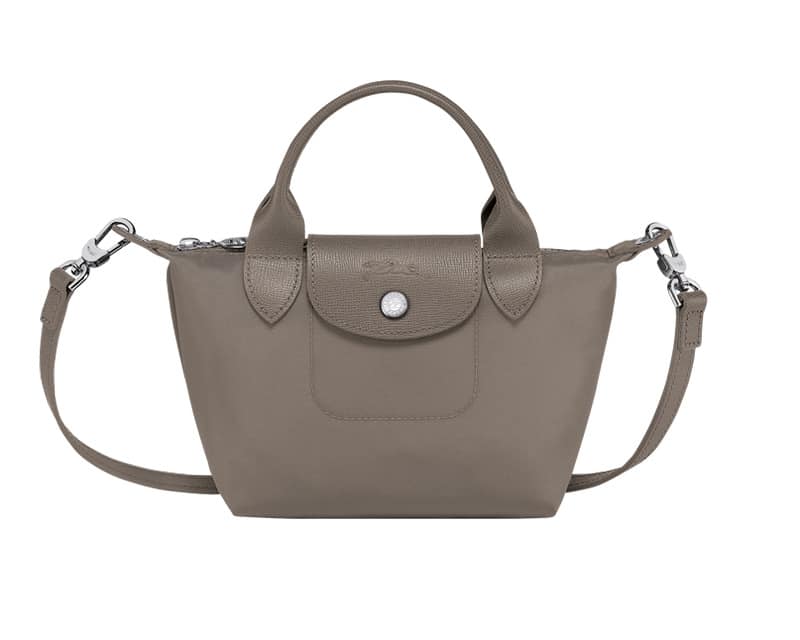 Though now most widely known for its foldable totes, Longchamp’s roots can be traced to the Au Sultan Tobacco Shop at the Boulevard Poissonnière in Paris, a purveyor of smoking pipes and cigars popular among Allied soldiers in France during the Second World War. However, after the war, as the soldiers departed and profits started to wane, Jean Cassegrain, son of the tobacconist, introduced smoking pipes covered in leather stitched with saddlery techniques, and named it “Longchamp” after a famed Parisian horseracing track in the Bois de Boulogne, the name “Cassegrain” having been already taken by a cousin’s grain-milling business (hence, the racecourse pun). These leather pipes became so widely sold out, even Elvis Presley is said to have owned one, and Longchamp became one of the first European brands to sell in Japan. Soon, a pipe for women was introduced, called “the Lady”, and in 1960, the company diversified into making not only smoking accessories and small leather goods, but also reportedly the first nylon travel luggages for men. Now, legend has it that these lightweight, superior-quality bags became so highly sought-after among female customers that Longchamp debuted its very first women’s handbag, the LM line. The line was made of calfskin embossed with a crisscross pattern featuring horse-jockeys, and was first sold in Japan, and very soon, throughout Asia and the world. As its bag and luggage lines continued to gain momentum, Longchamp’s smoking lines lost their glamour, eventually disappearing by 1979. 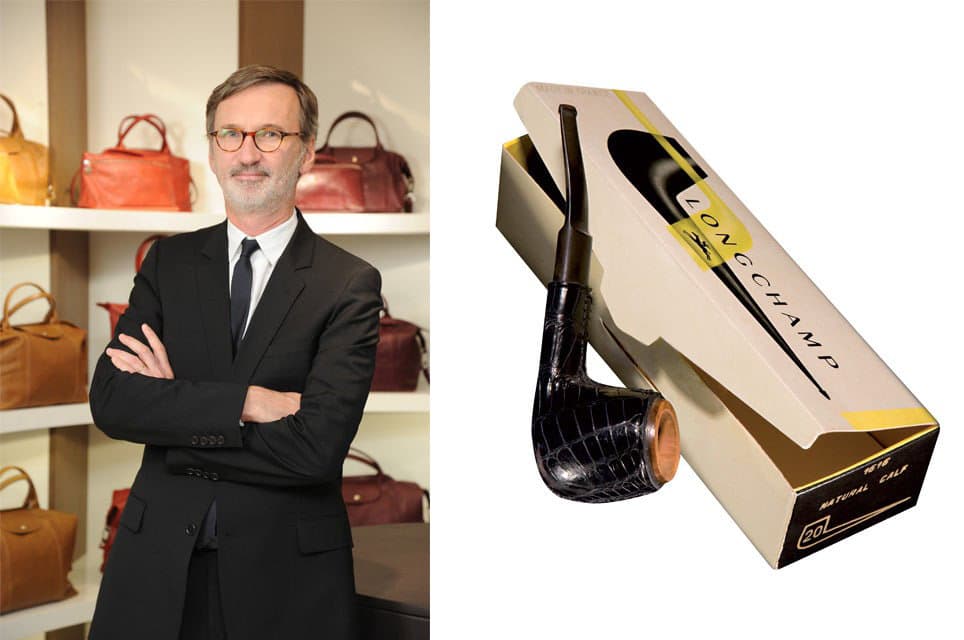 But it was in 1993 that Philippe Cassegrain, the founder’s son, became fascinated with the art of origami he came across in Japan, and launched the Le Pliage. Initially though, the bag barely received any fanfare, and according to Entrepreneur, it was backed by zero marketing funds, in part due to the leatherware brand’s reluctance to position a nylon product as its cornerstone piece (am I the only one who finds this ironic?). Slowly though, as It-bags from conventional luxury houses came, rose and fell, the Le Pliage took over the world, or in the very least, everybody’s closets. And its appeal is understandable too, it gracefully takes your workload without complaining, regardless of rain, shine, snow, coffee and God knows what other things, and can be folded and stowed away anywhere. It’s also one of the few accessories that can be suited to anybody of any gender, age and social standing, from school-goers and working people to your grandparents and Jessica Alba, something that Entrepreneur describes as a “sociological anomaly”.

Along with nylon, the Le Pliage has been released in the cuir version – an all leather tote that’s almost as light as the original and can be folded to be just as compact, although with a slightly elevated price tag for those with slightly elevated tastes. But besides the gazillion colours and variations of the Le Pliage (more than 32 million have been sold till date), one of Longchamp’s hottest bags is the Roseau, with a bamboo-inspired closure, embodying chic Parisian style just as well as Jerome Dreyfuss (the Roseau got featured on Call My Agent too, along with the now-discontinued Legende satchel). In 2019, Longchamp launched its very first runway collection in New York, since then it has been at the top of the bag-game, releasing on-trend, micro versions of the Le Pliage Cuir and Roseau while keeping the versatility and craftsmanship (at least half of its handbags are said to be handmade in France!) intact. 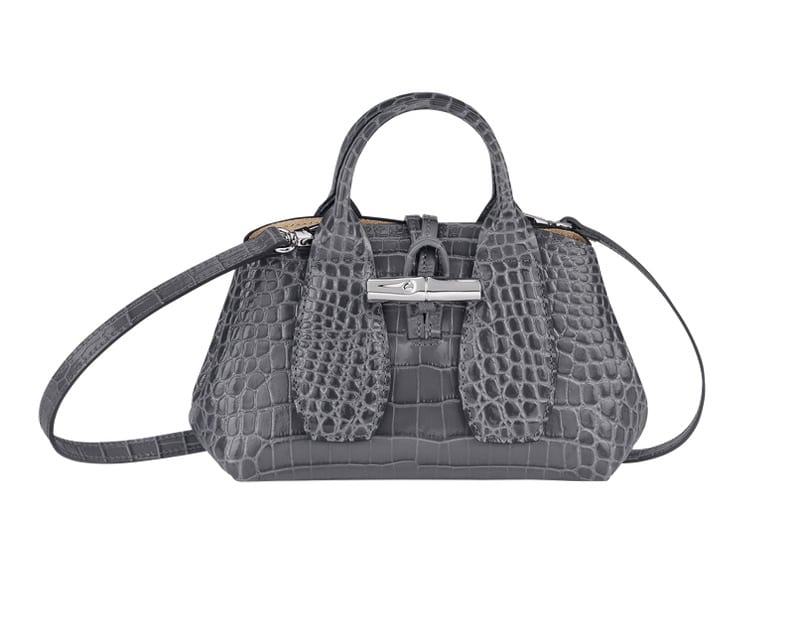 If you’re looking for a more structured top-handle work bag though, Longchamp’s Mailbox has you covered, complete with gussets, shoulder straps and a functional top zipper in sober neutrals as well as work-appropriate but stunning hues of marmelade, chalk and red. If, conversely, a quilted flap is more your style, yet you crave something beyond the Chanel lookalikes, the Brioche may be the one for you (the pastel jade is surely going to be your new summer favorite that you will continue wearing into fall). And if you’d like to embody Longchamp’s spirit and go for a saddle, you’ll find yourself swearing by the Cavalcade or the 1980 Crossbody. 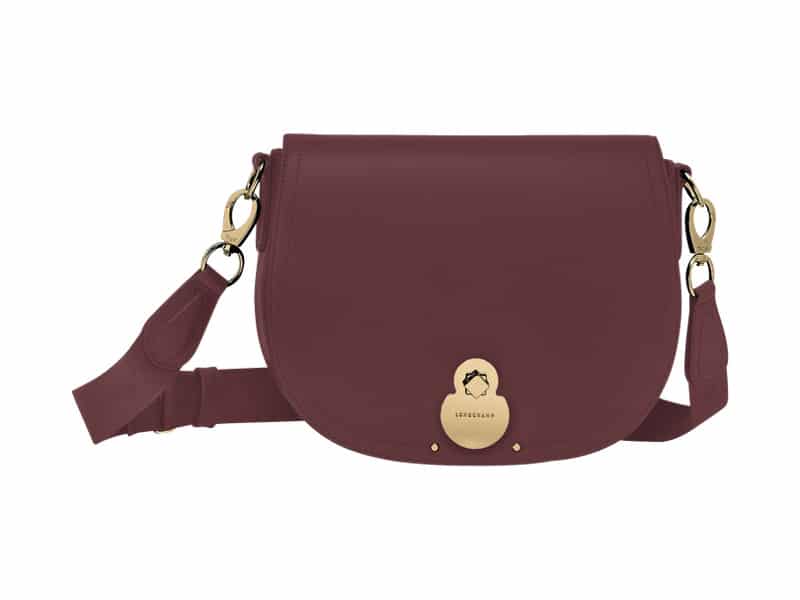 But as you took a whirlwind trip of Longchamp’s various eye-catching designs (most of them priced well below $1,000, yay!), you might be wondering how Longchamp manages to maintain its status even though it’s a lot more saturated than its American contemporaries. The answer to that lies in the fact that it’s still an exclusively family-owned business, with Philippe Cassegrain’s children, Jean as the CEO, Olivier as the US Managing Director and Sophie Delafontaine as its Creative Director, managing the helm of the business and constantly striving towards betterment. And Longchamp has a very different definition of development than other fashion houses; for the Cassegrains, progress means keeping up with the ideal of Parisian fashion rather than chasing trends – looking effortless, chic and elegant, keeping things fresh and interesting. Add this to their commitment towards maintaining the best quality (something its aficionados have compared with that of Hermès) and given how affordably they’re priced, it’s difficult to ignore its presence in the fashion scene. Alongside that, Longchamp is another brand that has aced the art of collaborations, whether it be with Kate Moss for the Gloucester or with designers like Jeremy Scott or Mary Katrantzou and artists like Tracy Emin and Jean-Luc Moerman. The result has been bold, graphic but entirely usable, limited edition versions of the Le Pliage that are even considered collectibles!

French style is something the world has been trying to imitate for way too long, and certain designers have led us to believe that eye-wateringly priced handbags named after French confectioneries are what we need to bring out the Parisian in us. Turns out though, it’s closer to you than you think, just open your wardrobe and show that Le Pliage some love (while you proceed to checkout with that croc-embossed Roseau tote of course!)