your support .
A Closer Look

Fancy a French Lover? Jerome Dreyfuss Lets You Carry One on Your Arm 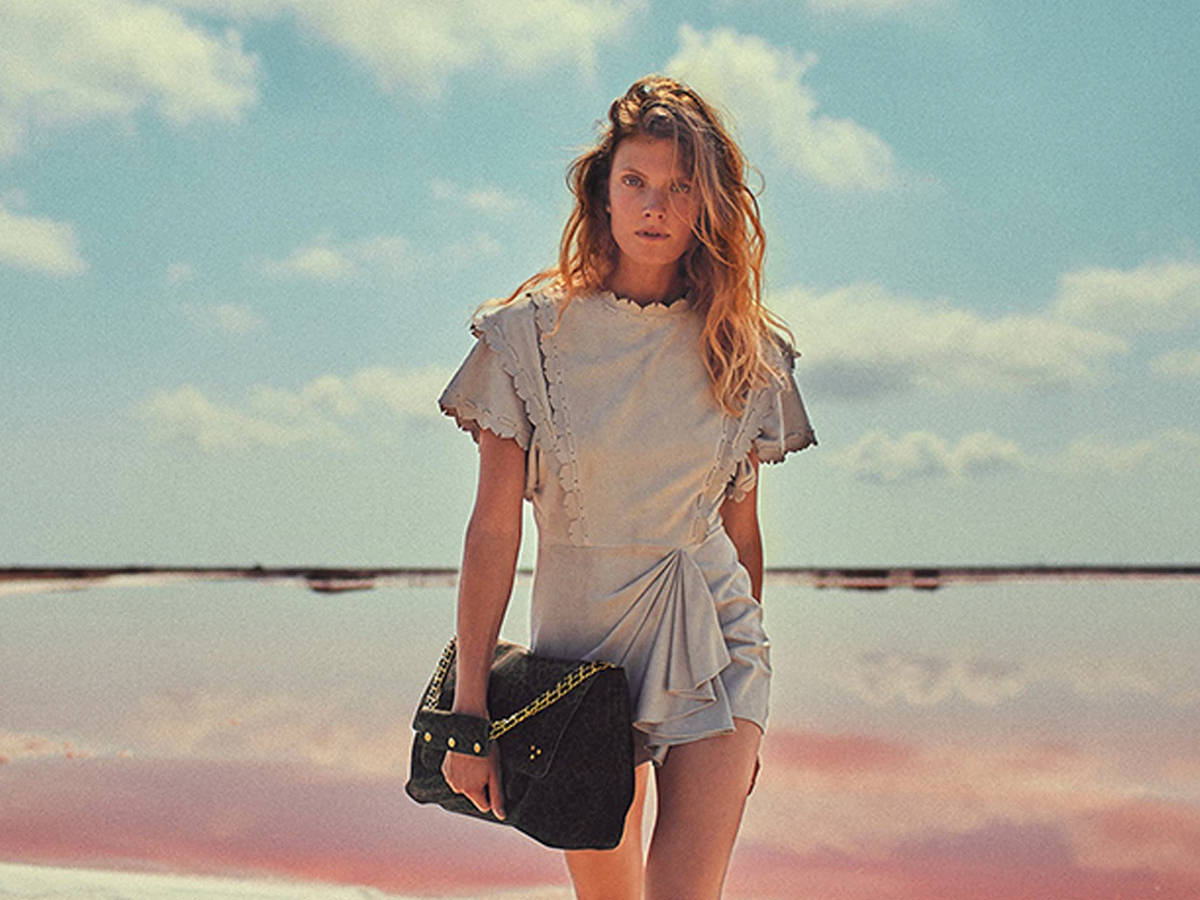 Despite its many pitfalls and prejudices, we can’t really deny that Emily in Paris transported us to a dreamy world and we have all wished at times that our boss, due to work in Paris, would conveniently get pregnant and we’d be sent instead. No? Just me? I’d have thought otherwise.

Anyhoo, Emily in Paris propelled me into a (vicious) loop of watching Paris-based films and TV shows, from re-runs of The Devil Wears Prada to more indie ones like Girl on a Bicycle. And it was during this foray into French cinéma (with an accent on the é) that I discovered Call My Agent, a hit series featuring an agency of actors’ “impresarios”, plenty of drama and some staple fixtures of Parisian fashion. But while my opinions on the show’s two seasons (that I have finished watching until now) form an entirely different story, it’s the wardrobe of Andrea, played by Camille Cottin, that significantly drew my attention. And by her wardrobe I mean her bags, obviously.

Now, since the very first time I laid my eyes on Andrea’s signature gigantic black leather and nubuck tote with occasional sprinkles of little golden studs, it was absolutely imperative for me to know which designer it’s from. Hence began an extensive and exhaustive investigation (yes, Google searches are tiring work)… eventually emerging victorious on the other side (unlike that time I found an alleged Gucci tote in a Lily Collins-film to be a high-street bag with GG stamped on it. True Story). The bag featured was the Jacques Tote from Jerome Dreyfuss, a designer reportedly on the arm of one out of every two women in Paris. And apparently, my latest big obsession.

In fact, Andrea’s character seems very much inspired from Dreyfuss himself, both hailing from smaller towns in Eastern France (Nancy in Dreyfuss’ case and Couchey in Andrea’s), moving on to Paris to become big-time names in French media, keeping their outlooks refined, seamless and understated, and choosy when it comes to lovers. Speaking of lovers, the quirky thing about Jerome Dreyfuss is that all his offerings are named after men – when his first bag collection launched 19 years ago, it featured the Billy bag which came with the tagline: “meet your new French lover” – a tradition he continues to date – with the intention of providing women an ideal lover who is capable of accompanying them everywhere, securing their belongings and is lightweight and non-fussy. In fact, he makes these “lovers” cleverly resourceful – nearly all his bags come with multiple straps for convenient hand, shoulder or crossbody carry, removable wallets, attached key-rings and even mini-flashlights (that he came up with when once locked outside his house)! Clearly, Dreyfuss has really raised the bar for the stereotypical “soulmate” and perhaps that’s why, Andrea seems more comfortable with her bag than her partners in the show! Now that’s a relationship I’d love to commit to. 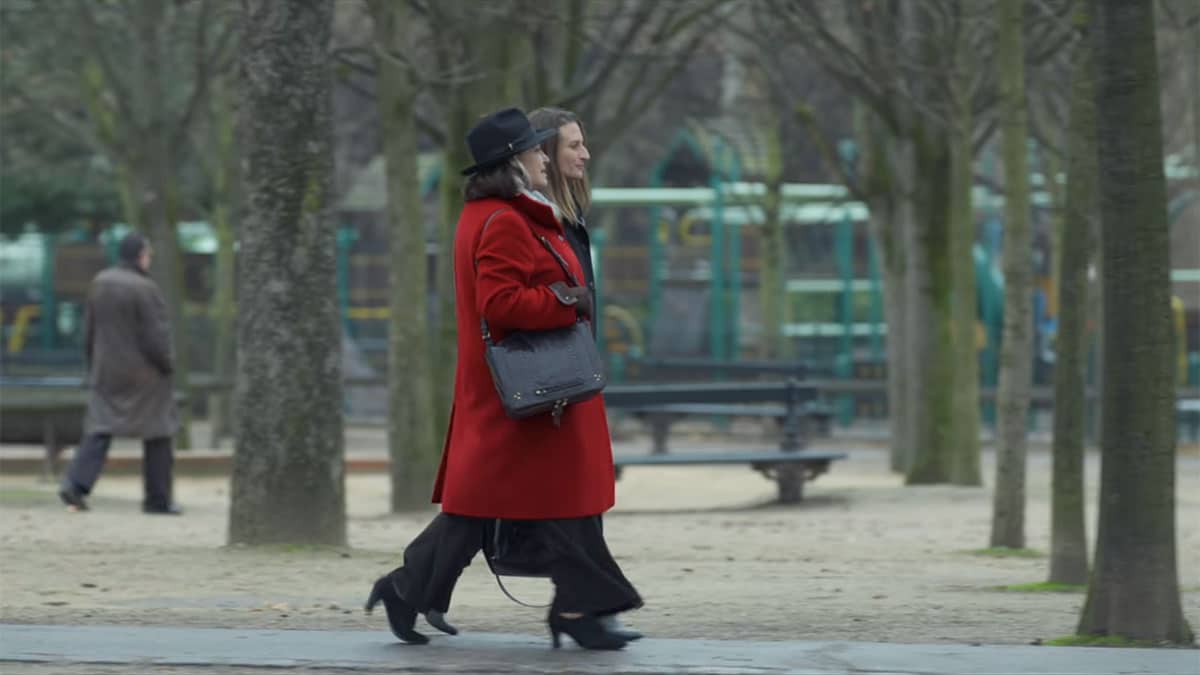 But enough with the show-references, and onto the designer himself! Having moved to Paris at age 17 to study at L’ecole Esmode, he dropped out after a mere three months to work with John Galliano, and at just 23, he launched his first collection in 1998, instantly receiving acclaim as l’enfant terrible of French fashion, also going on to design a costume for the King of Pop, Michael Jackson! His accessories line, however, was born in 2002, and quite accidentally, if I may add, for his wife, Isabel Marant (yes, the designer, no less – told you he’s choosy), who allegedly kept on losing everything! He has also attributed his decision to move to bags to his friends, who reportedly had back-pain from carrying the structured, heavy leather bags of the early 2000s, and I, for one, couldn’t have appreciated his move more. Supple, ultra-light and featuring gorgeous leathers in a slew of attractively casual and palatable colorways, most of Dreyfuss’ purses are highly gender-neutral – from his signature Billy to the very school-bag like Gilbert and Andrea’s Jacques (which is the one I just can’t get out of my mind… or out of my Ebay wishlist!). In fact, the Jacques looks eerily like a blown-up version of the Celine Phantom Luggage (yes, another bag I drool at), except not only at a more appreciable price point, but also a treat for oversized bag-lovers like me (pun intended!) and even comes with a top-zipper for those of us who appreciate the added security.

Another Dreyfuss bag that Andrea carries in the second season of the show is the Maurice grab tote, a sumptuous carryall also available in plentiful combinations of leather and suede, and another delectable example of the fashion house’s chic genius. In fact, having recently read the book “How to be a Parisian Wherever You Are” by Sophie Mas, Anne Berest, Audrey Diwan and Caroline de Maigret – four prominent women in the French fashion scene – it’s easy to see why Dreyfuss’ bags were the obvious choice for costume designer Anne Schotte.

Sadly though (or happily perhaps for pre-owned lovers), both the Jacques and the Maurice have now been discontinued, becoming yet more bags that I got to learn about and love after their production runs stopped (like the Balenciaga Work). Speaking of pre-owned buyers with a conscious approach towards the environment, Dreyfuss too has been active in the strive towards sustainability, drawing immense inspiration from Vivienne Westwood, sourcing his leather from free-range, antibiotic-free European animals from the agri-food industry, and carrying out 80% of the tanning and dyeing processes with vegetable products. 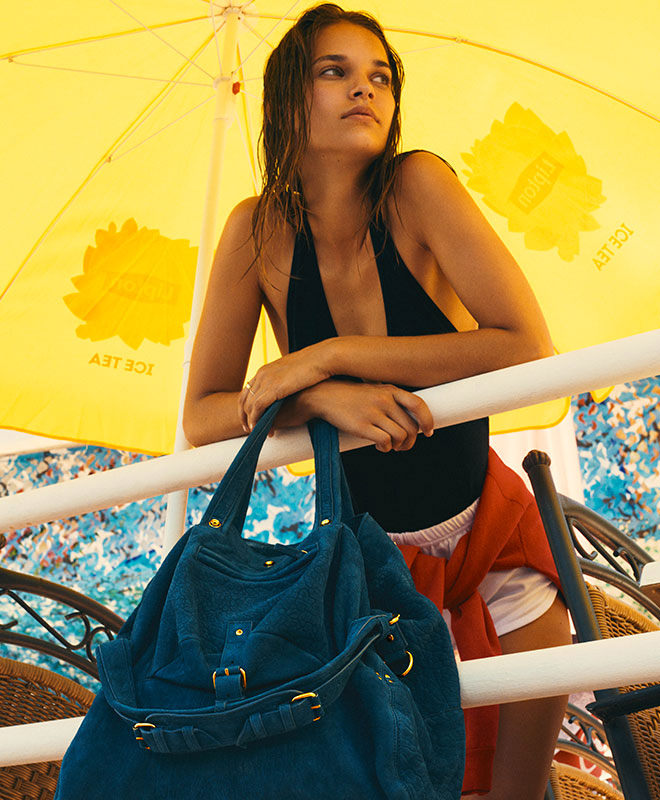 Diversity is another emphasis of his fashion house, with workshops spread out in various nations like Morocco, Tunisia, Italy, France and India, both for his handbag label as well as his more recent men’s line, Monsieur Dreyfuss. In fact, Dreyfuss loves working for a cause; he wants his brand to be as influential as the fashion houses creating awareness against AIDS in the 80s and 90s, and he loves the intermingling of cultures that fashion enables. Many of his collections are inspired by his love for architecture, especially those in Tokyo where he loves to visit, while his experiences in Delhi, that he himself describes as being “in a Star Wars film”, shaped his India-print Clic Clac clutch from SS20. Being Parisian has perhaps never been more global!

Well, it’s pretty obvious by now that I’m hopelessly in love with Dreyfuss, and I could fangirl forever, but you should totally check out his more recent collections and maybe end up with a lover from amongst them, like Sarah Jessica Parker, Naomi Watts, or our very own CC100 has, and honestly, who needs a person when you’ve got a bag, right?