Strong Enough for a Man, Made (Originally) for a Woman

Brands like Dior and Fendi are reimagining their most-popular bags…just for men!
16 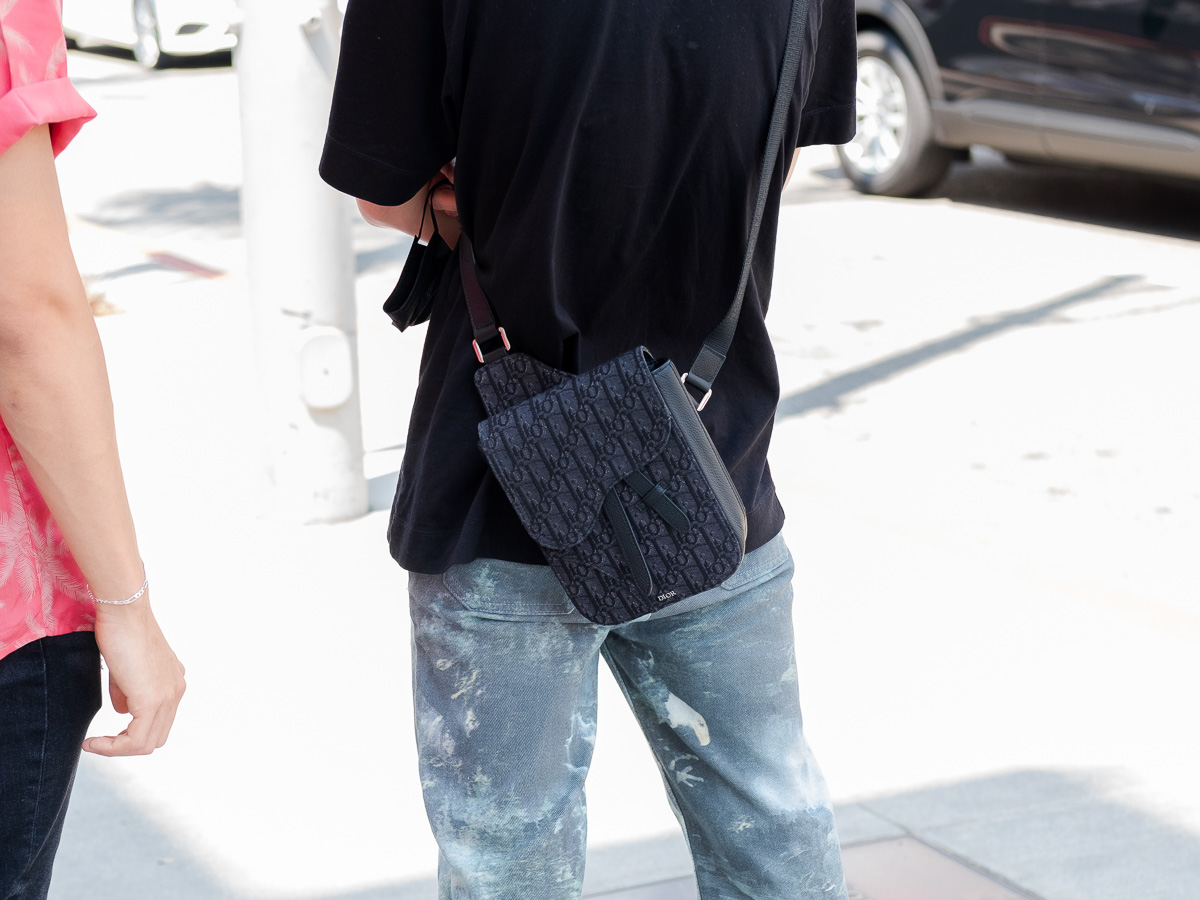 This is not your typical article about guys wearing women’s bags. We’ve already discussed this before in detail, like how the Sac de Jour deserves more attention from men or how the Loewe Puzzle bag was originally designed as a bag for men. Rather, today we’re here to talk about guys wearing bags made for guys, based on popular women’s bags, for all those guys out there who don’t necessarily want to wear a women’s purse.

Real Talk: I don’t Want to Wear a Bag Made for a Woman

I am a guy who likes to keep his style on the more conservative side, and I tend to lean towards more traditional looks. Personally, I have an issue with carrying a bag that looks (and feels) too feminine to me.

Not every guy is like this. Many guys on the PurseForum are totally comfortable carrying bags that are clearly designed for women, including the Chanel Classic Flap and the Lady Dior, which are, for argument’s sake, more feminine bags. While merely stating that they look feminine makes me look inwards in my understanding of gender, let me reassure you that it is not what you think.

We exist day to day with other people in this world, and a majority of people will still find a bag feminine whether or not we agree with it. For me, carrying a bag should make me feel confident, not judged, so I continue to respect what others think are gendered aesthetic standards for the sake of my own comfort and confidence. But some of those women’s bag designs are so nice. If only men could have them too, and now they can! 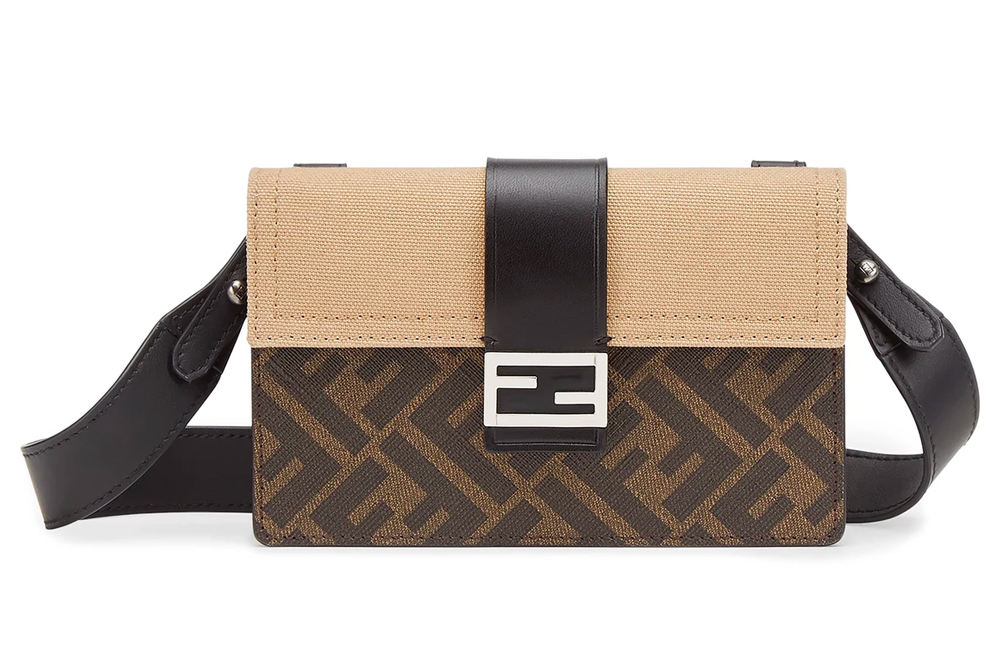 That’s why Fendi was able to win my heart over with their men’s Baguette and Peekaboo, both of which I own. Originally designed for women, these iconic bags were reimagined for men with more masculine details, like the use of brushed silver-tone hardware, larger proportions, and thicker messenger-style straps, perhaps meant to convey strength. On the men’s Baguette, the bag can even be converted to a fanny pack to further cement the notion that it is not a purse, but a man bag.

It wasn’t always like this though; men’s bags used to be so boring. At that time, anything beyond a backpack, briefcase, laptop bag, duffle bag, or messenger bag was unacceptable for men. Well, there was the fanny pack, but it was worn around the waist by unstylish dads and tourists back then. That’s when I got some bags that were originally designed for women that I hoped were passable as men’s bags, like the Dior Gaucho with its thick straps and rugged appearance, but only in the largest sizes lest someone judged me for using a women’s purse.

At that time, I watched Fendi introduce its Peekaboo to women, and lusted over the largest size of it, hoping that it would pass as a men’s bag. I wasn’t sure if the metal bar across the median would look too feminine on me.

Years later, Fendi introduced a men’s version of the Peekaboo which I had to have. They made several details of the women’s version much more discreet on the men’s one, like minimizing the lock to a stitched silhouette on leather on the exterior and removing the metal bar across the median. The bag was also significantly larger, with a laptop compartment on the backside.

I still have and love the men’s Peekaboo, which Fendi calls the Peekaboo Iconic. But I’m beginning to find it a bit large and too business-like to go with my casual outfits. Men’s fashion has changed since the men’s Peekaboo was introduced. You can tell from the newest men’s Peekaboos, dubbed the Iseeu, which now even features the same metal lock as on the women’s versions. Fendi isn’t trying to hide the lock anymore on the men’s version. In fact, the mini size of the Iseeu is even smaller than some women’s versions of the Peekaboo. Years ago, it would have been confused with a woman’s purse, but not now.

The transition of the men’s Iconic to the Iseeu mirrors the changes to men’s fashion. What was once unacceptable for guys, namely small bags with metal hardware found traditionally on women’s purses, is now acceptable. Guys no longer need to get the women’s version of the bag, because the men’s version is equally amazing.

Are Gender Neutral Bags Taking Over Too?

Some brands go as far as marketing the women’s bag directly to men without making any modifications to it to make it appear more masculine. Take Burberry’s Lola and Gucci’s Bamboo 1947 (as seen on their male muse Harry Styles), for example. In fact, several bags from Gucci and Balenciaga are listed under both men’s and women’s sections. I personally prefer men’s bags based on women’s designs with small changes to the original, such as the structured Saint Laurent Sac de Jour for men, with its thicker strap, and the Dior Men’s Saddle. I appreciate the thought that was put into these designs to make them appeal to a male audience.

After falling in love with the original women’s designs, I can now confidently carry the men’s versions, so that when I watch episodes of And Just Like That, I won’t feel left out watching Carrie with her purple sequined Fendi Baguette. 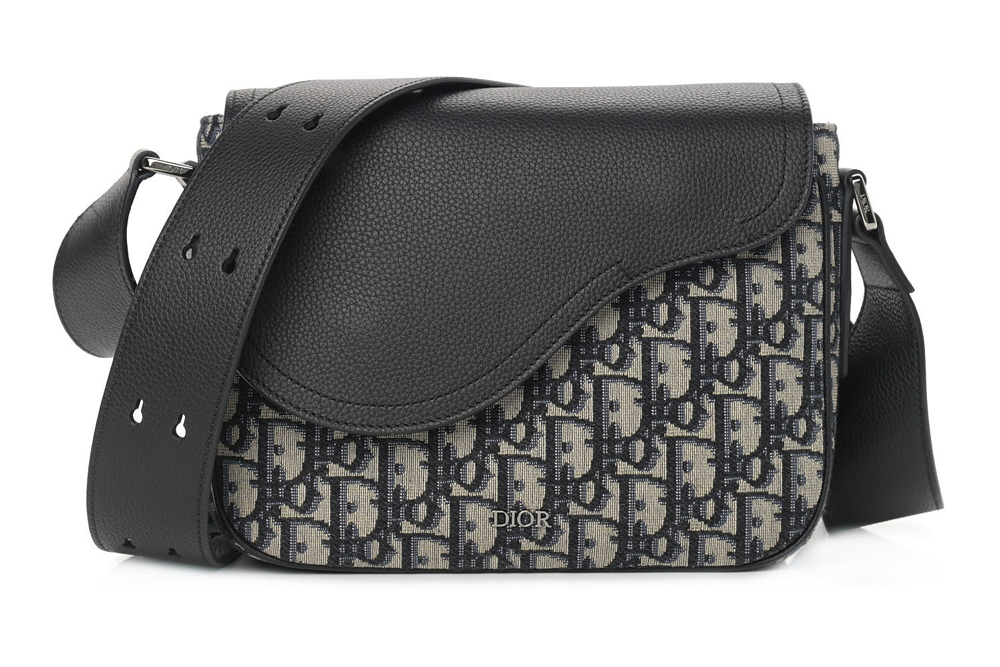 I don’t understand why there needs to be a gender assigned to bags. I would buy a few of these.

Probably because most people freak out if things are not gender-specific. Sad reality.

Maybe one day there won’t be any men’s vs women’s bags. Just bags for all. It’s not like fit is an issue in the same way as for clothes or shoes. It’s more about preferences, including size. I lead a very casual life and there is often something more utilitarian or simple about men’s versions that appeals to me. Just personal preference again.

I don’t mind the “genderification” of handbags because, from a marketing standpoint, it’s easier for brands. However, most of the men’s variations of the women’s purses are always so severe – straight lines and super structured – and in the process mostly end up looking like every other men’s bag. The men’s Baguette featured looks pretty much like every messenger bag ever save for the FF clasp.
Secondly, men’s versions of women’s bags, with the exception of the SDJ, and some other YSL, Loewe, Prada and Hermès, always seem to be in nylon, canvas or generally more “utilitarian” materials that seem to be falling behind on the craftsmanship. Aren’t men supposed to admire leatherwork and craftsmanship?

I do notice that men’s bags have a higher likelihood of using “utilitarian” materials. They sometimes make the bag easier to maintain, lowers the price point of the bag, and helps the bag match more sporty looks. I do prefer the look and feel of leather, though. Thankfully some brands have used luxurious leathers (like Fendi’s Cuoio Romano leather) on several of their men’s bags, so that we can appreciate fine leatherwork and craftsmanship.

True, hoping more brands expand upon this category. I’d be especially delighted if Hermès came up with a fun men’s silhouette – I like the new Emille bag but it’s pretty small and also primarily aimed towards women I suppose.

Finally the MEN BAG Category is back!

The vibes I’m getting from this article leave a bit of a sour taste in my mouth although I’m mildly amused. It reminds me of what I think was either a Lonely Island or SNL parody song about a straight guy who’s for equal rights but makes a lot of effort to remind everyone they’re straight.

People prefer different bags just out of personal taste, but I take issue with the reasonings set forth here. I take issue with the use of the terms ‘masculine’ and ‘feminine’ and their roles in the reasoning behind selecting bags–I think the author is right to question their own use of those terms. As the author suggested, I agree on the importance of looking inward regarding the assignment of those terms and why they correspond to personal feelings of confidence and/or judgment. I don’t know the author’s gender identity and I can see this article was well-intentioned, but it’s important to separate intentions from impacts and I think the impact was not a very well-thought out or thorough foray into the role of bags as they intersect with gender identity. Obviously, this is Purseblog–people don’t come here for a through discussion on gender, but if touching on the topic isn’t going to be done well, perhaps it shouldn’t be touched on at all.

Just another perspective in the sea of perspectives, but my husband for example owns a ‘men’s’ Fendi baguette. His main reasoning was that he likes the look of the gunmetal hardware and the dark gray/black canvas that look monochrome and match his wardrobe better–not because he subscribes to notion that those colors are considered ‘masculine.’ We often raid each other’s bag collections and he’ll wear my bags that match his outfit as well, including a ‘women’s’ baguette. As I said before, I agree with the author on the importance of looking inwards as to why ‘masculine’ or ‘feminine’ labels play any role in confidence or sense of ‘judgement’ and reconsider the reasonings behind choices.

I find these fascinating – men who love bags carry female versions and men who don’t prefer bags carry briefcases or bookbags – who is the market they are trying to capture here?

If I’m looking for a very practical bag with a high end designer edge for daily use, I always look in the mens department! I’ll add a twilly if I want to dress it (him?!) up!

Interesting to see many bags reinterpreted for a different market.

I think we should be inclusive enough to cater for men who like wearing ‘womens bags’ and men who would only wear bags designed for men.

To each their own. More variety is good right? So let’s not judge whichever of the above categories speak to someone more.