The Most Expensive Bag You Can Buy on the Hermès Website Costs Nearly $40,000

The secretive French brand seems increasingly willing to give online consumers what they want
By Amanda Mull •  Feb 6, 2018
0 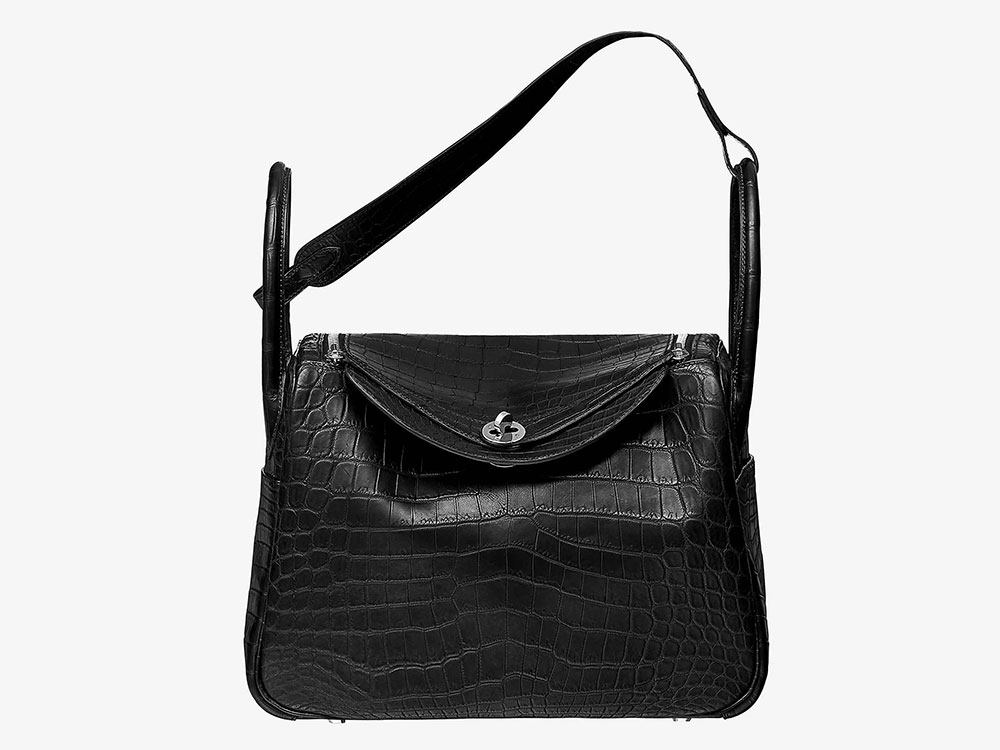 Hermès exotics are the stuff of legends. They go for thousands (if not tens of thousands) over retail at auctions, rappers name-check them in hit songs, and shoppers go to amazing lengths for the chance to buy them while on vacation. We reported recently about upgrades to Hermès’s website that have made shopping from the brand a lot easier, which is great for consumers but non-intuitive for the longstanding Hermès reputation of scarcity. Apparently included in that expansion is a handful of exotic bags, most notably the Hermès Lindy in Niloticus crocodile.

Hermès includes a couple exotic clutches and a simple tote in its online sales assortment, but the presence of the Lindy seems most notable to me. Hermès tends to keep exotic versions of its most popular day bags hidden from view for in-store customers who are lucky enough to get offered an exotic, and the Lindy is one of the brand’s most popular long-standing day bag designs.

The Lindy’s size and complex structure also make it a particularly expensive bag in crocodile: the black croc Lindy Hermès currently lists for sale is priced at $37,200 in the US, which makes it the most expensive of the brand’s bags available online right now—it beats the next closest by $7,000, which is enough to buy a second Hermès bag in conventional leather.

While what exactly this indicates about Hermès’s sales strategy remains to be seen, the presence of this particular bag, combined with the website’s complete overhaul to make online shopping an easier and robust experience for global consumers, seems to indicate a sort of confidence on Hermès’s part. While competitors like Chanel and Dior continue to evade the industry-wide march toward online availability in the name of continued exclusivity, Hermès doesn’t appear to be sweating it at all.