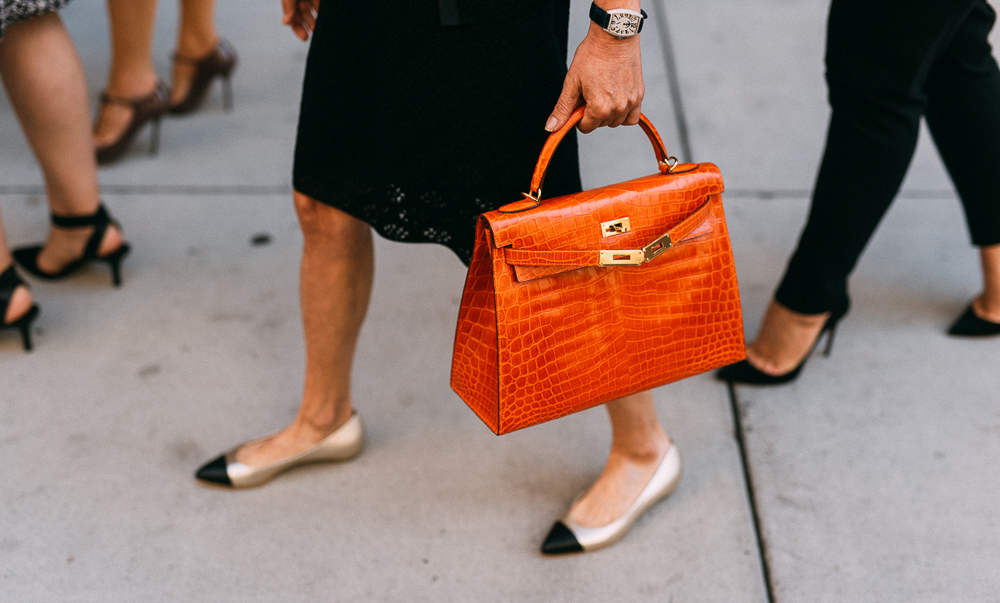 If time is money, then it perhaps should not surprise anyone that the wealthy shoppers looking to purchase five-figure Hermès handbags while on holiday in Paris have found yet another way to save some of the former by spending some of the latter. As it turns out, the rich aren’t exactly keen on the store’s recently instituted appointment procedure, which requires them to gather early in the morning and stand in a line, on a public sidewalk, like commoners. And in turn, plenty of people have emerged who are willing to take on the irritations and inconveniences of the wealthy for a fee.

Here, it’s possible to hire people on a per-gig basis to wait in line for you for theater tickets, popular restaurants, Supreme drops, pop-up shops, or whatever else via either an agency or a gig-economy app like TaskRabbit. In Paris, the practice seems to be less common and less formal, and pictures of some of the overnight line-sitters outside the Hermès rue du Faubourg Saint-Honoré global flagship boutique sparked quite a debate when they surfaced on our PurseForum. No one on our Forum mentions specifically how much the spots in line are going for, but one poster repeatedly refers to it as “more than twice what an average French worker makes in a day.” We looked up some stats and did a little math, and our best guess is that we’re talking $250 to $300 for a spot. When you’re trying to be first in line to have the best selection of bags that, in the case of the Birkin, start at more than $10,000, a couple hundred bucks is a rounding error. If you’d rather spend a morning of your vacation at a Parisian café with a pain au chocolat instead of waiting on a sidewalk to be let into a store, at a certain level of wealth, the expense of a line-sitter makes sense.

In New York, line-sitting is such a normal part of commerce in certain markets that it’s done in an orderly manner and the people who do it are experienced at the task and almost always hired ahead of time to hold a spot for a specific individual. In the case of the newly minted line-sitters at the FSH boutique, it appears as though some of them are queueing overnight in hopes of selling their spot in the morning to whoever shows up, at times selling the same spot to multiple people. According to some tPFers in Paris, that’s resulted in everything from line-cutting chaos to actual fistfights, and it’s not hard to see how irritation over the new line system from wealthy shoppers, when in conflict with people who need the money enough to sleep on a sidewalk overnight, could result in some tension.

At some point, the line chaos is likely to settle into more of a standard routine, but in the meantime, things have been physically rough for a few members and their friends simply trying to hold their places or enter the store. So far, the only changes Hermès has made to ensure the safety of shoppers and line-sitters alike has been to provide a security person to escort people into the store for their appointments. Based on what our members have seen and been told, there’s no indication Hermès intends to significantly change the process it put in place several months ago or do more to actively manage the line, which forms on a public sidewalk.

Hermès shoppers on tPF have been speculating about whether this combination of inconvenience and potential danger could hurt the brand or turn shoppers away, but at least for the moment, that seems unlikely. Hermès has long looked on approvingly while shoppers go to ever-more-absurd lengths to get a Birkin or Kelly, and this is just the next level of that same absurdity. The boutique already has more customers every morning than it can possibly serve in a day, so discouraging a few of them from showing up might even be a net positive for the people in charge.

If you’re in Paris and want a more placid shopping experience, our members would recommend waiting out the busy season and then trying the FSH boutique at 11:30 or after or visiting on of the brands other Paris stores. Or, you know, maybe just go to the Eiffel Tower or something and shop when you get home. You might pay a little more without the VAT refund, but you probably also won’t get punched in the face. 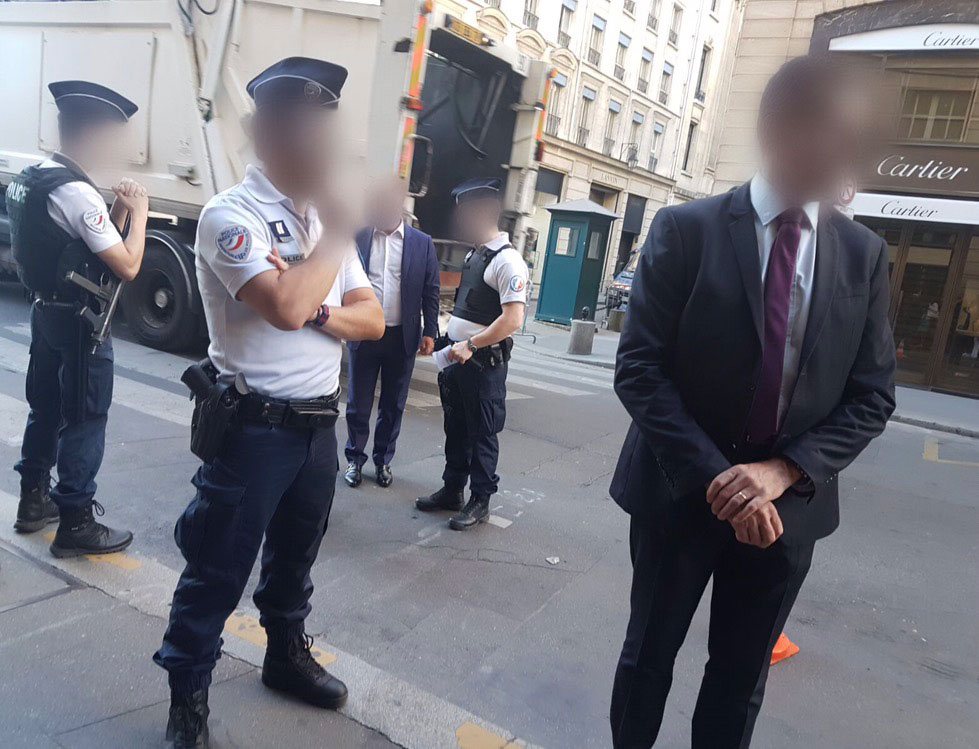 [UPDATE] As of this morning, our PurseForum members are reporting that Parisian police have arrived at the FSH boutique to remove line-sellers from the scene. It appears as though they’re not being arrested, but rather just being asked to leave the area if they don’t have direct business with one of the nearby stores. Members have been speculating law enforcement might get involved because of the boutique’s proximity to the American and British embassies in Paris, as well as the city’s general security concerns, which bring police attention to people loitering for extended periods of time in business- and tourist-heavy areas.