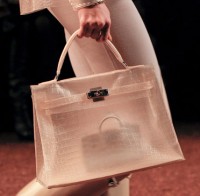 It has often seemed as though Jean Paul Gaultier’s favorite thing to do on the Hermes runway is riff on the classics that make the brand so iconic and successful, and Hermes Spring 2011, Gaultier’s swan song with the brand, was a horse-tastic, S&M-tinged ode to exactly those tendencies. The handbags mostly stayed clear of the psychosexual leanings of clothing, but that isn’t to say that they weren’t interesting.

If I told you that the bag to the left were actually made of real, honest-to-God crocodile, would you think I was lying? I wouldn’t blame you if you did, because I’ve never before encountered crocodile skin that I could see through, but Style.com seems to indicate that it’s the genuine article. From that to picnic basket and fanny pack Kellys and tiny Birkins hanging from cuff bracelets, it seems as though Gaultier had a fine time with his last trip through the Hermes accessory archives. 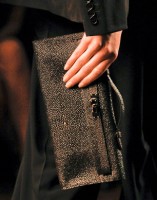 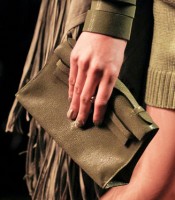 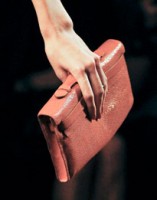 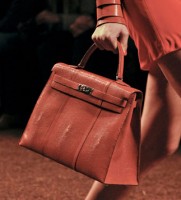 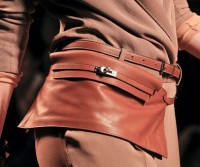 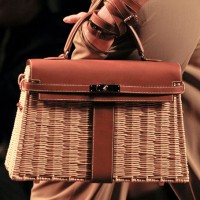 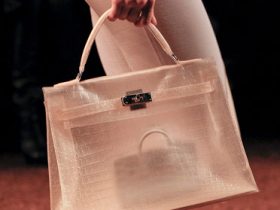 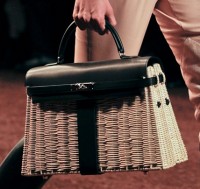 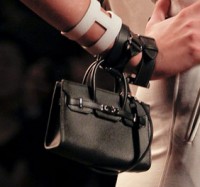 Traveling with Your Hermès BagThis Week, Celebs Opt for Jimmy Choo, Max Mara and Louis VuittonThe Ultimate Last-Minute Guide to Hermès Gifts for the HolidaysHermès Comes Through “In The Clutch”
Amanda Mull