Furry Fendis & Velvet Chanels: This Week, Celebs Are All About Texture 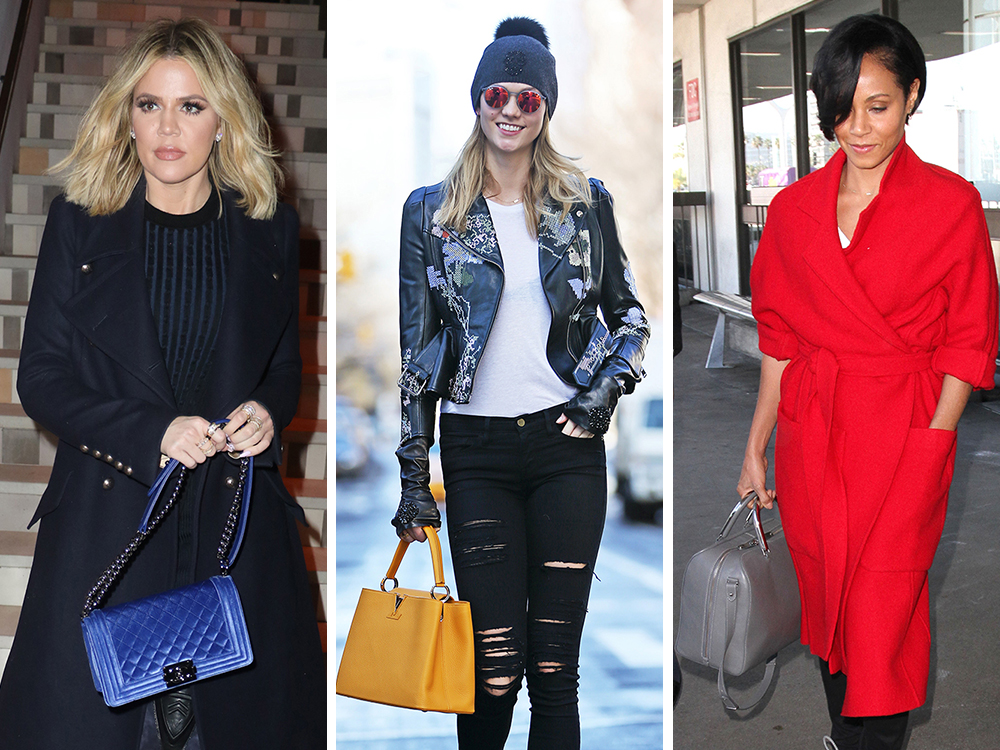 A lot of this week’s celeb handbag picks just make you want to reach out and touch them. But, we strongly advise against that. There’s no telling what Iggy Azalea will do if you randomly walk up and stroke her Fendi bag. I doubt her security detail will be very sympathetic to your cries of, “But it looks just like the back of a wild pony!” As always, when it comes to celebrities and their very expensive handbags, please keep your hands to yourself.

I promise you, Amanda Seyfried does occasionally carry bags that are not Givenchy. Or, at least, she used to, and we have proof in The Many Bags of Amanda Seyfield. That’s not to say this studded Pandora that she’s carrying at LAX isn’t amazing; it’s just a bit redundant, in the grand scheme of things. 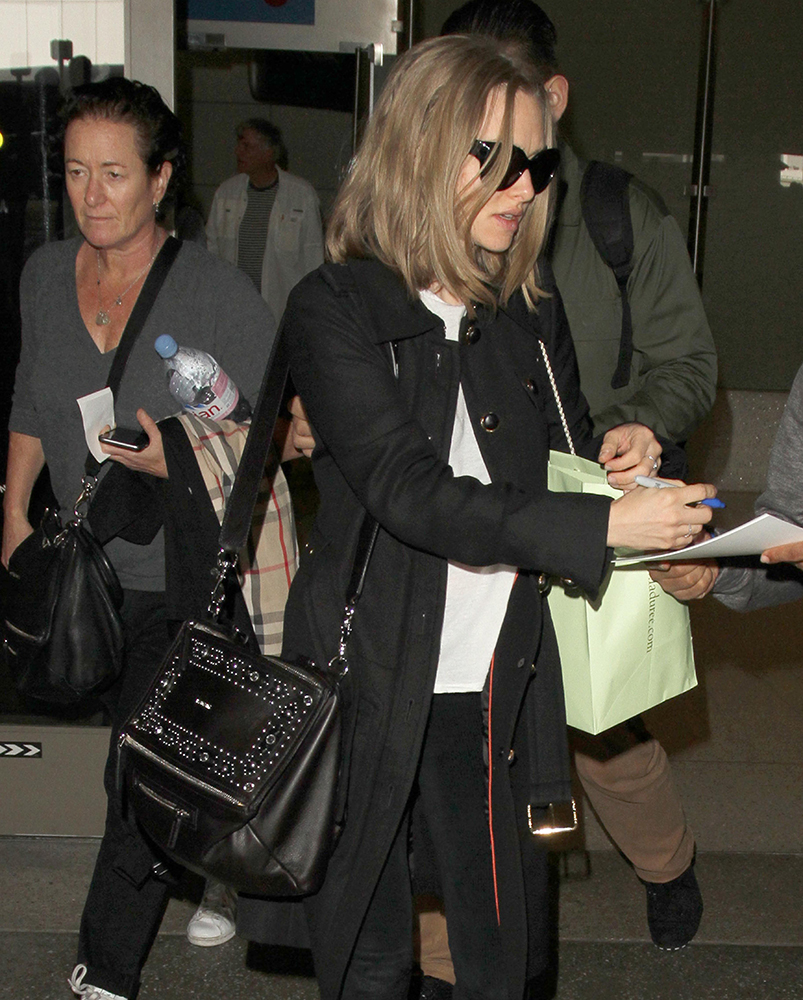 Here’s Iggy Azalea, who could almost be anyone in her Levi’s jeans jacket and not-too-flashy designer sunnies. Except, of course, she’s carrying that ridiculously exotic and eye-catchingly furry Fendi Peekaboo Bag. It might as well be a sign that says “PAPARAZZI ASSEMBLE!” 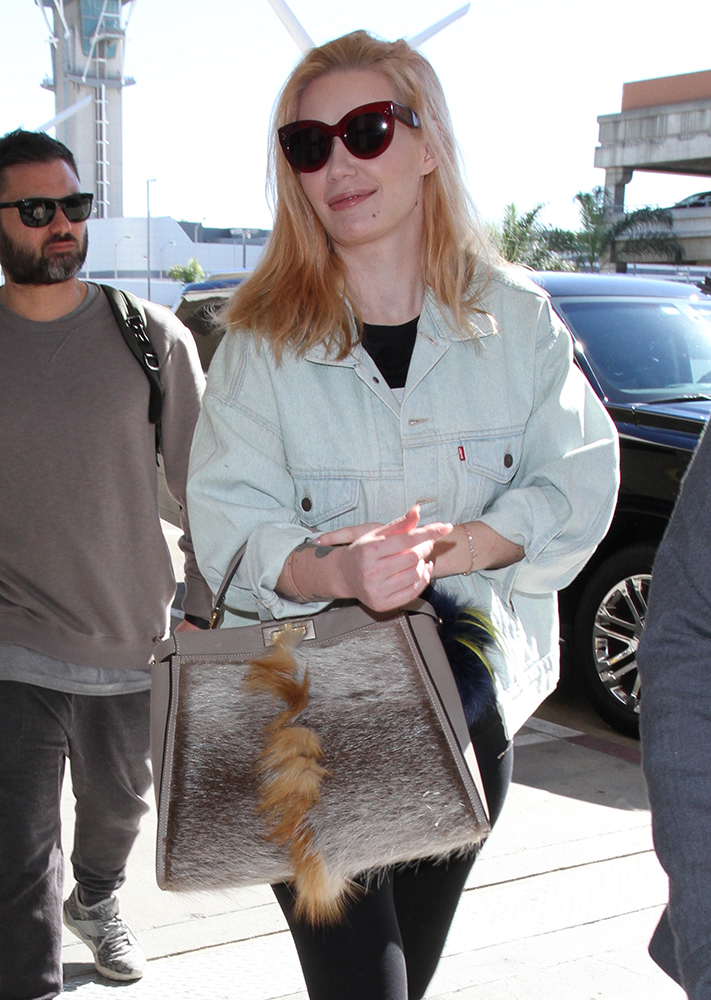 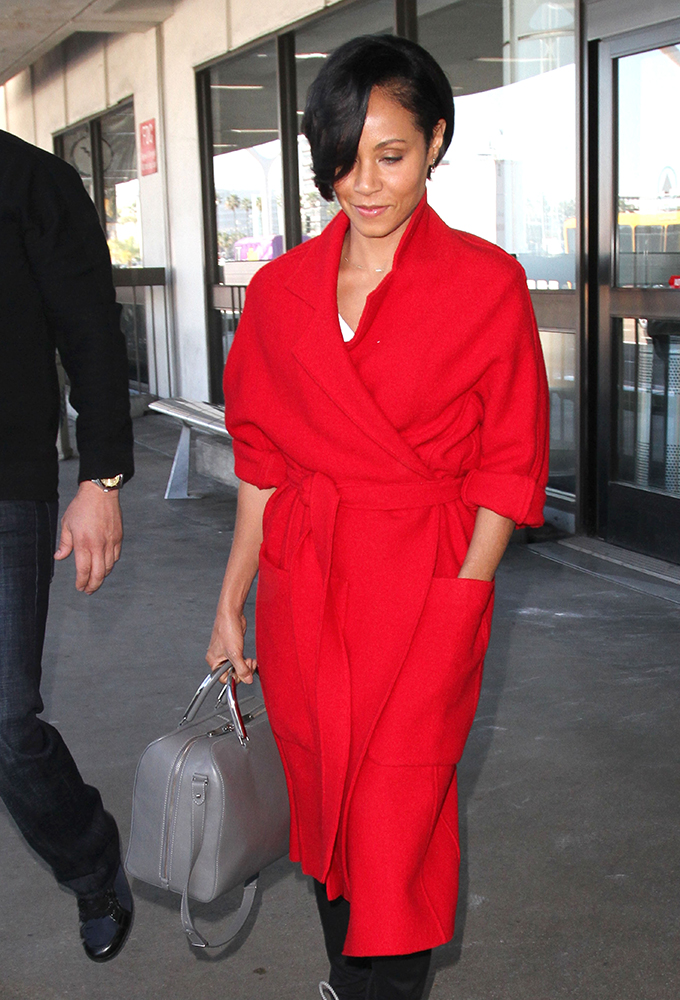 I’m having more and more trouble believing this is just Karlie Kloss, “out and about”, living her life in NYC. She always looks too good and, even more damning, she smiles too much. This is not what New Yorkers do, and I find it all very suspicious. Except for Karlie’s bright yellow Louis Vuitton bag; that seems like an authentic Karlie Kloss handbag choice. 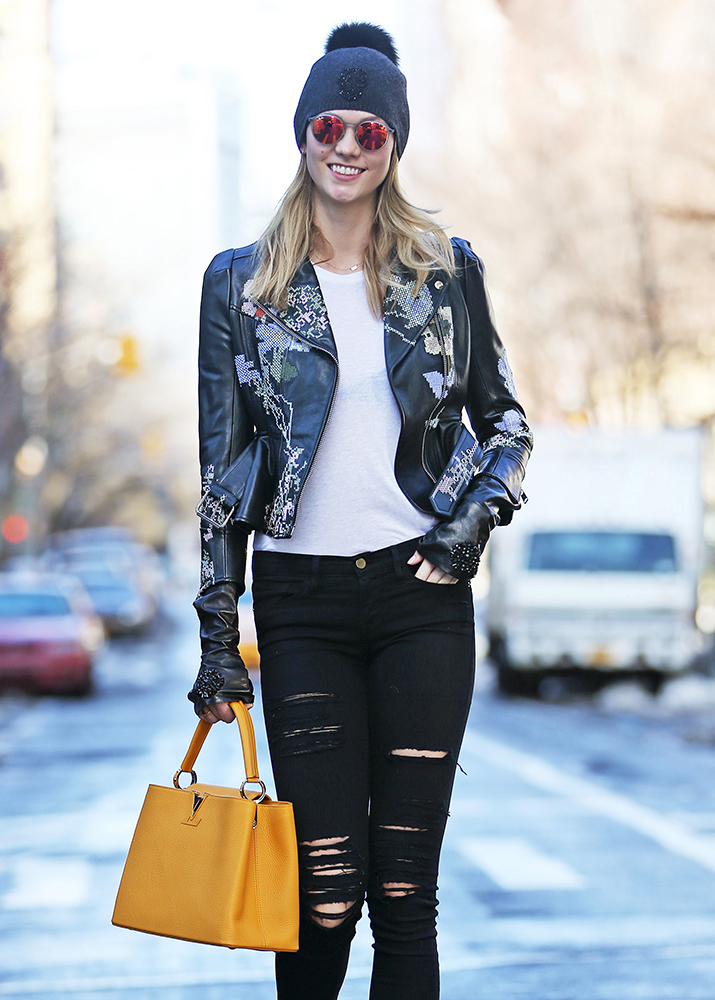 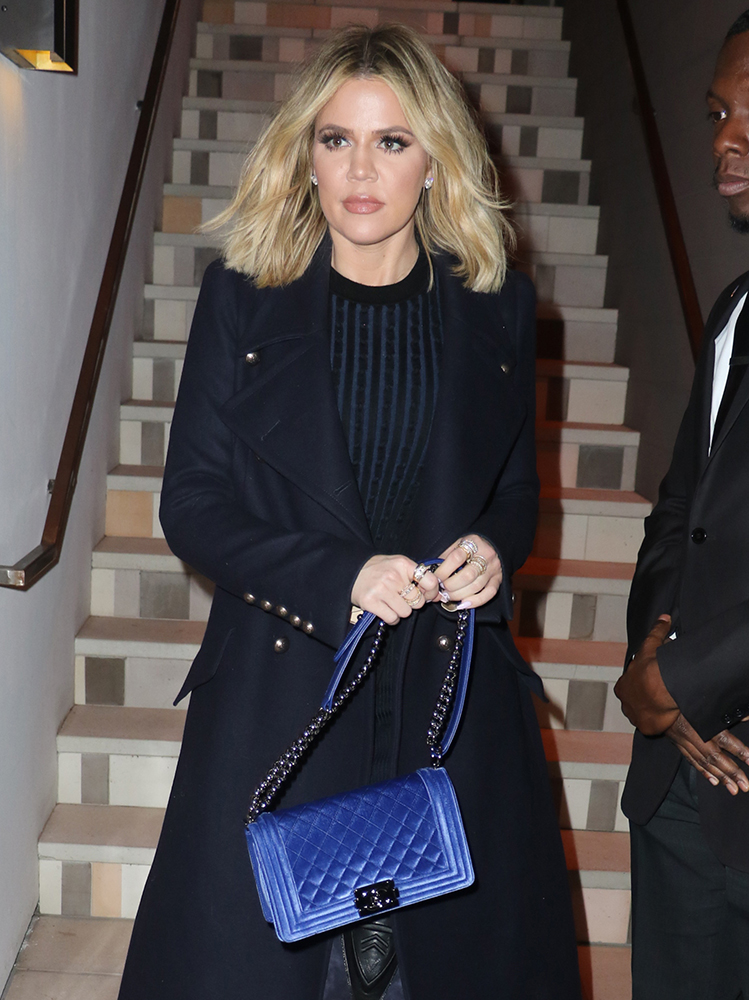 Actress Margot Robbie was recently spotted arriving at JFK with her boyfriend on one arm and a black Fendi Petite 2Jours Bag on the other. She’s in NYC to promote her new film Whiskey Tango Foxtrot. 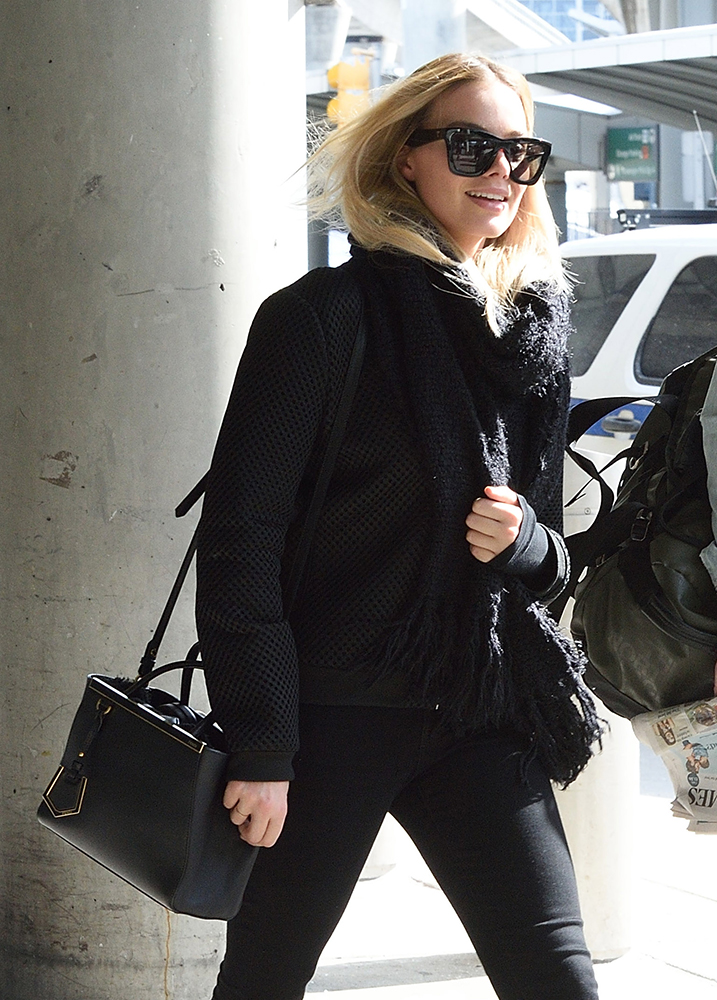 Here’s British model Neelam Gill, hanging out at a shoot in London with an Alexander Wang mini and giving every passerby a serious case of braid envy. My hair is almost as long as Neelam’s, but it does not look nearly as glorious in braids. 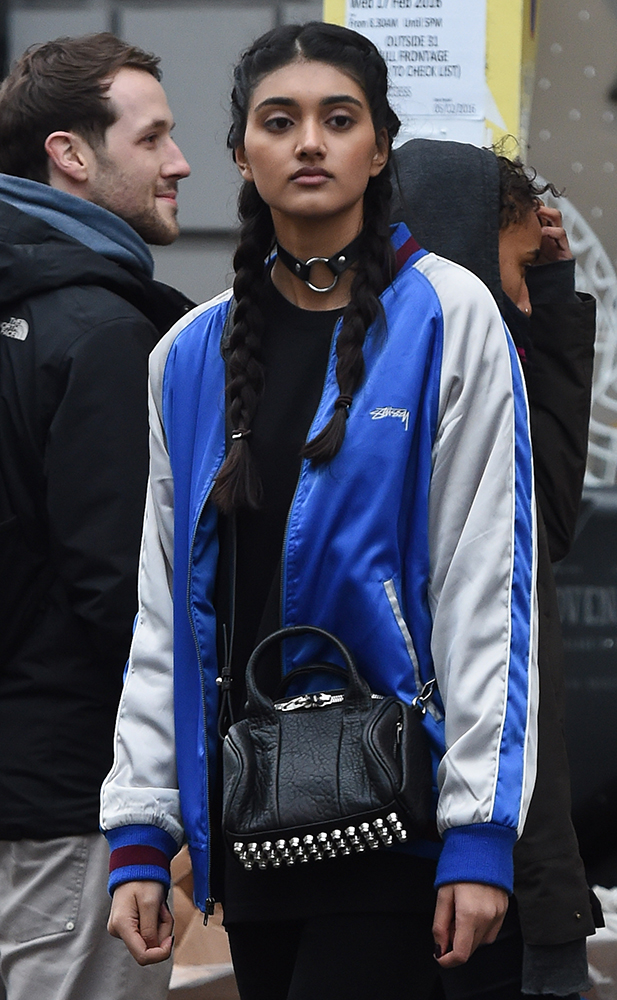 STOP THE PRESSES, Nicky Hilton is carrying an MCM bag! This is huge. MCM is now officially Hilton-approved. I didn’t even think Nicky was that into logos, though I suppose she owns just as many Louis Vuitton bags as most women in her demographic. 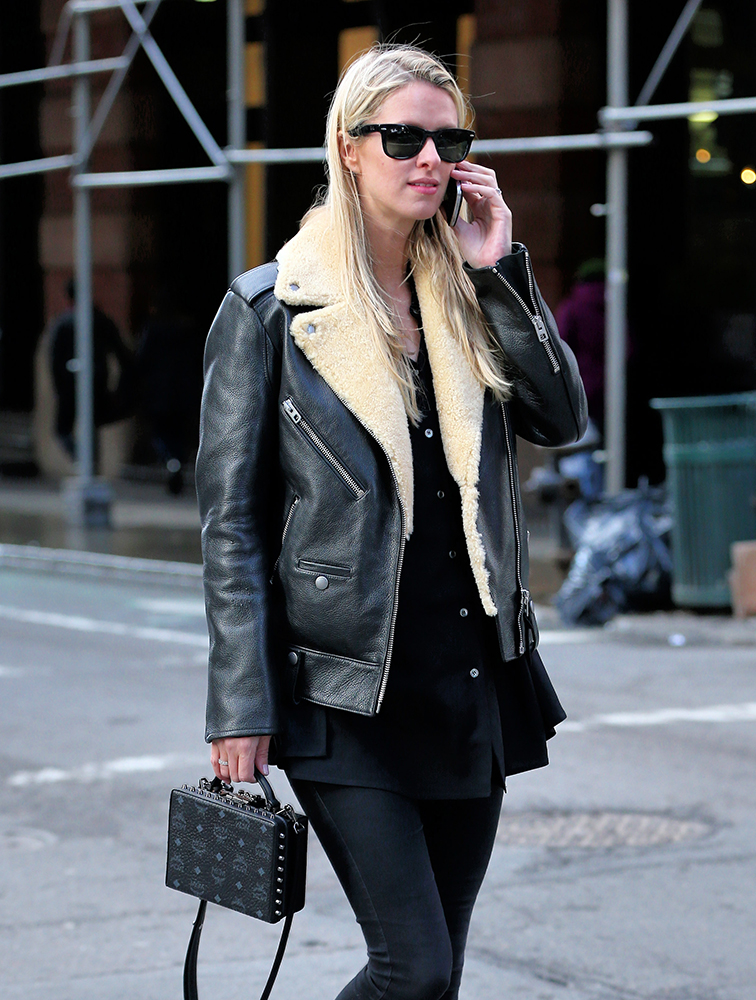 Does anyone know the coat that Jada is wearing?

Looks like a Maxmara coat to me. I agree it looks fab!

Thank you Iggy’s bag for reminding me that I need to make an appointment for a bikini wax.

Thank you for the laugh!

It looks like the women behind Amanda is wearing a Pandora as well! LOL

Forget the Pandora.
What’s in that humungous La Duree bag? My sweet tooth covets it!

Was thinking the exact same thing 🙂

Can anyone id Margot’s sunglasses?

Anyone have any idea about Neelam’s necklace?