Against the backdrop of elegant cascading gowns and structural masterpieces at the recent Fall/Winter 2021 Paris Couture Fashion Week, bags had their moment off the runway. In recent years, fashion weeks have become almost as much about the street style as they are about the actual collections. The garb of choice for celebrities, influencers and the rest of those lucky enough to attend is always flamboyant. And when the invitation reads haute couture, it’s no surprise attendees go all out when it comes to their handbag of choice. A cohort of recent ‘It’ bags, covetable classics and eccentric micro designs were present alongside guests. Check out our favorites.

No matter where you are located in the world, provided you have internet access, you will have heard of Louis Vuitton’s new Coussin bag. First released for Spring/Summer 2021 ready-to-wear, this bag was soon on the Instagram pages of all your favorite influencers and was slated for ‘It’ bag status. After the wave of Instagram furor had died down, this bag was still a must-have to be seen with at the Paris couture shows. Metallic versions of the design proved a favorite amongst showgoers. The bag’s soft lambskin embossed with the classic Louis Vuitton Monogram pattern made the style stand out even amongst the breathtaking couture designs. 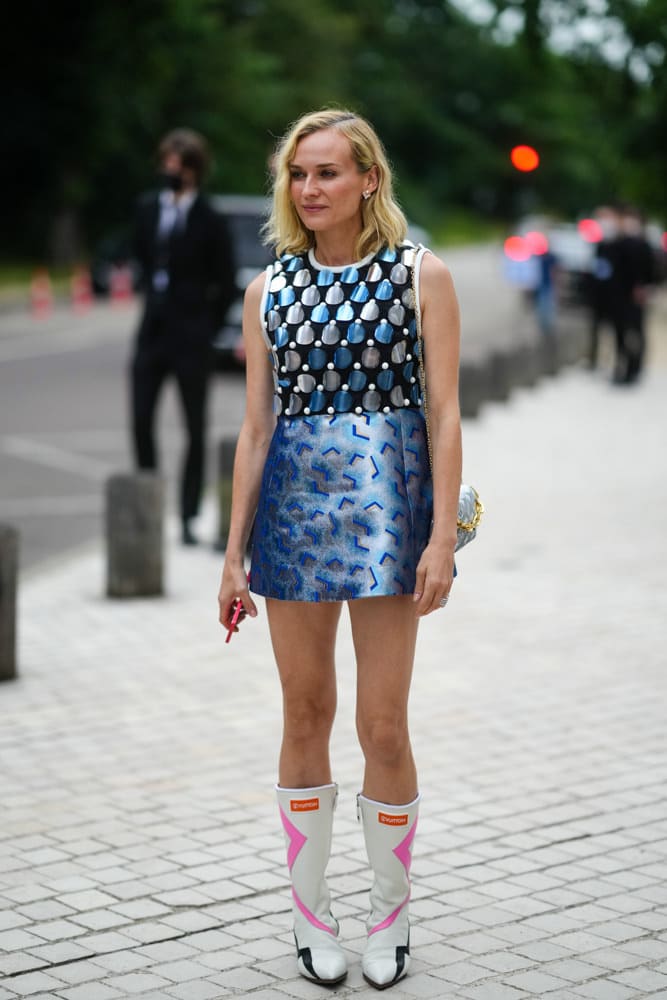 The mini rectangular tote bag is one of those handbag trends which is hard to explain. But, many of the best trends often are. A major appeal of a tote bag is the spacious design and easy shoulder carry. The mini handheld tote has neither of these qualities. However, that hasn’t stopped it from becoming a desirable bag trend this year. It seems every designer has released their take on this style. Celine’s Mini Vertical Cabas Tote in the house’s Triomphe canvas exuded model off duty vibes on the streets of the French capital during Couture Fashion Week. With the sleek crossbody carry option and the adorable mini size, it’s clear why. 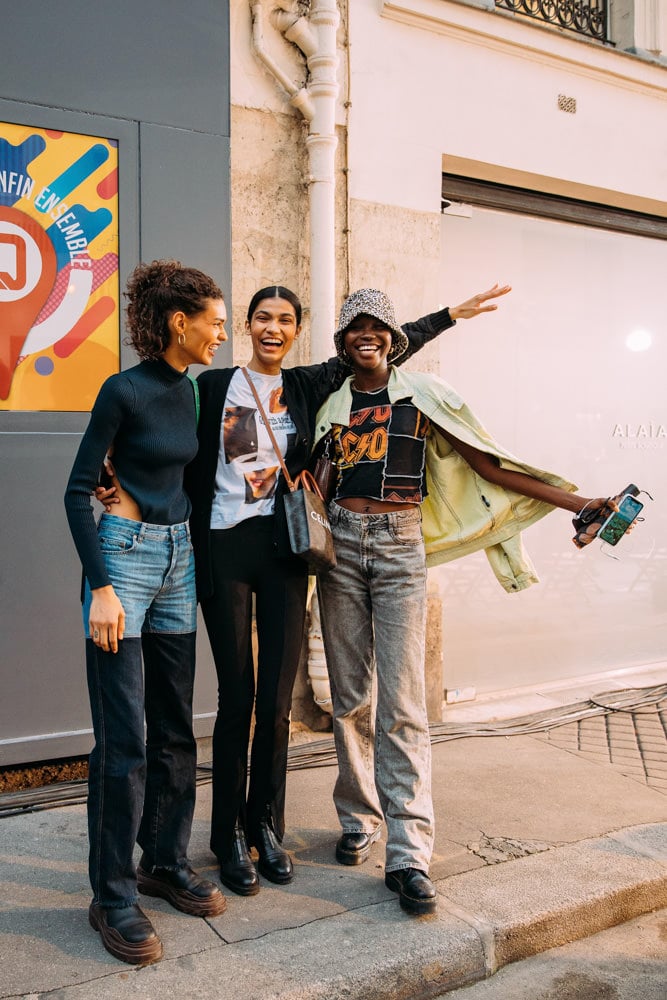 One attendee opted for a Chanel Classic Flap in bubblegum pink lambskin with rainbow metal hardware, bringing a pop of color to her preppy monochrome outfit. Part of the house’s Spring/Summer 2021 offering of bags, this vibrant hue hasn’t gone unnoticed by Chanel fans and the style has garnered an enviable level of popularity. 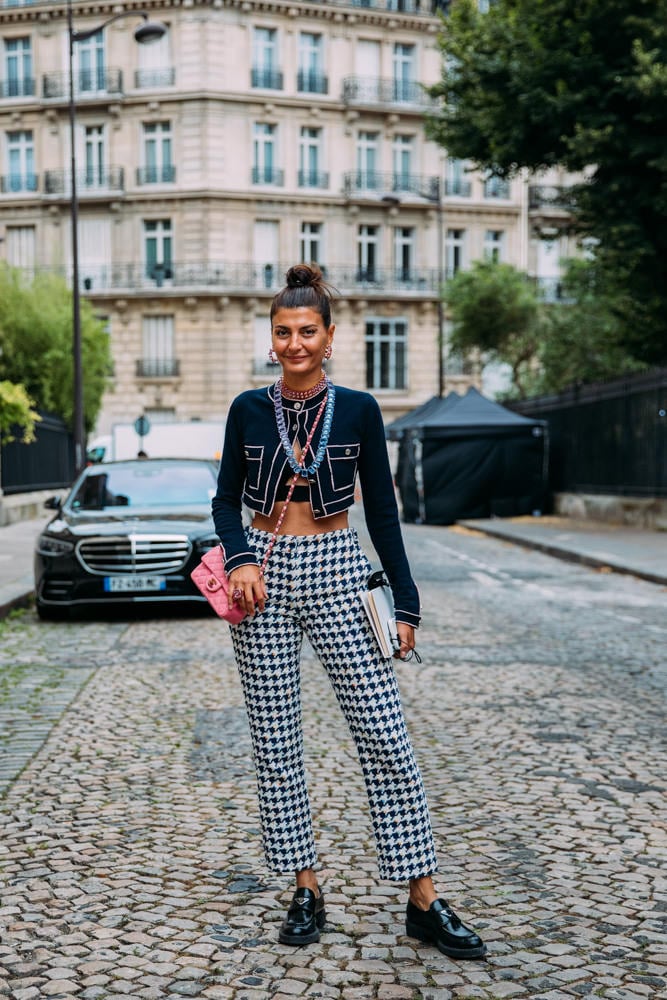 Who can resist a classic for Fashion Week? One iconic design which stood out in particular was the Hermès Mini Kelly. A showgoer clutched the popular mini bag and just like that her outfit was complete. Smaller styles are exceptionally popular to don come show season as they can hold the essentials and make the perfect charming companion. Hermès’ tiny take on its famous Kelly design has long been a mini bag favorite for fashion aficionados. The style’s astounding popularity shows no signs of depleting. 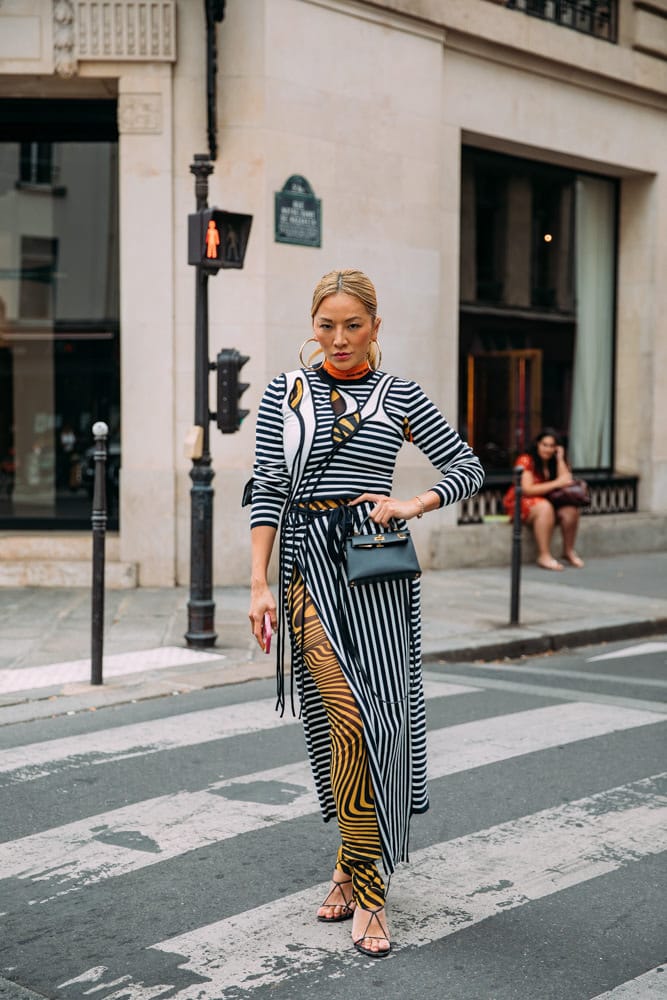 Prada has enjoyed a praiseworthy stream of success since choosing to re-release some of its retro designs. In an attempt to emulate this (and a successful attempt at that), the house released the Prada Cleo late last year. Its signature ‘90s silhouette has helped the Cleo gain an immense following. The term ‘It’ bag has even been dabbled with. Smaller sizes and versions with flap openings are available but the classic option remains one of the most sought-after. 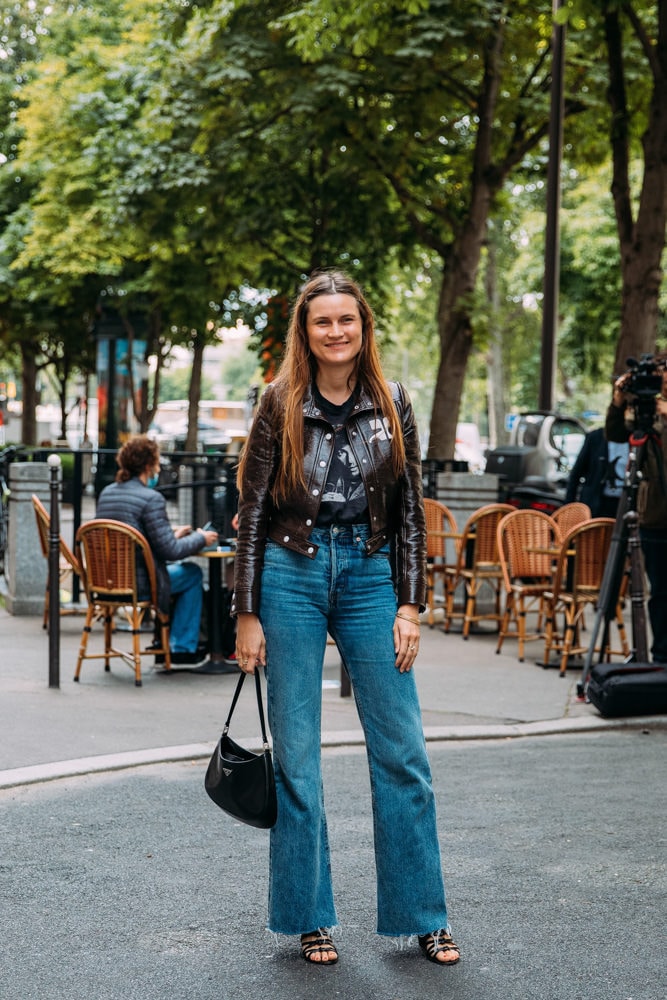 First released for Fall 2018, Chloé’s Tess bag has since become a house favorite. Considering its semicircle shape and statement hardware detailing, it’s obvious why the style has managed to become an everyday go-to for so many. Chloé was in fact ahead of the curve in terms of the semicircle crossbody bag craze, which the likes of Dior and Fendi have since adopted into their handbag offerings. The Tess bag appeared on the stylish streets of Paris in a burnt orange and black colorway slung over one fashion crowd member’s shoulder. 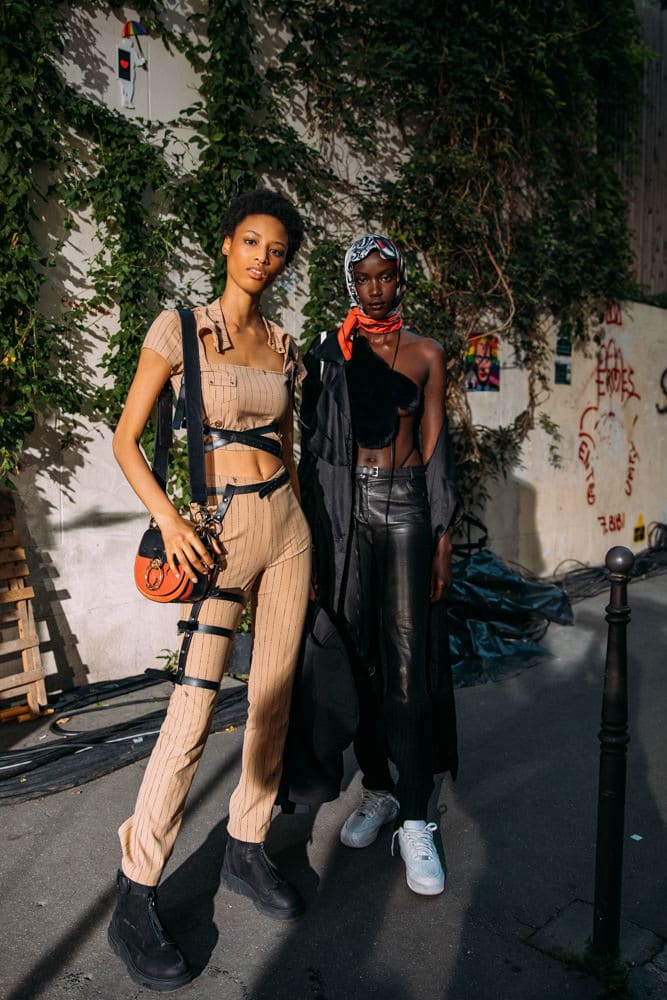 At Couture Fashion Week, all handbag gems come out to play. The Louis Vuitton Toupie is certainly not new but it is super rare. Supermodel Bella Hadid was spotted carrying this unusual Vuitton find in black Monogram Vernis leather. The design looks akin to a UFO so is in keeping with artistic director’s Nicolas Ghesquière’s signature sci-fi designs. The bag was released as part of the house’s Pre-Fall/Winter 2019 collection. Again, the style is ultra rare so prepare for quite a journey if you’re planning on tracking one down. 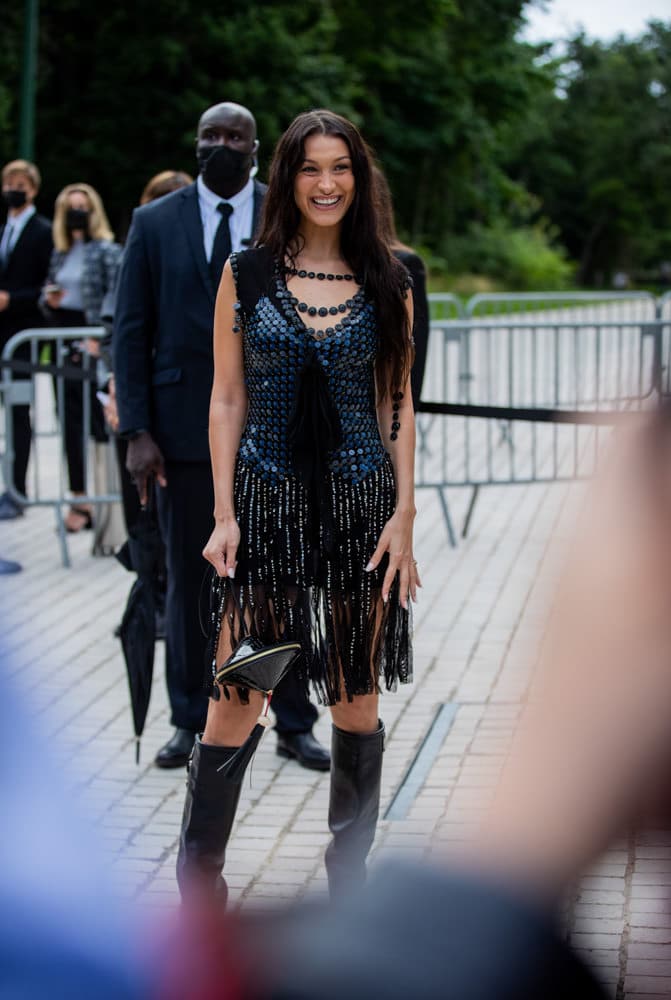 There’s been a lot of talk about micro bags recently. Dior launched its most beloved classic handbags in micro form. Handbag aficionados are in the throes of deep discussion over whether we should all be loving or laughing at the new microscopic styles. Whether you’re team micro or not, it’s hard to deny the allure of Chanel’s metallic Micro Flap designs. Debuting on the Chanel Spring/Summer 2021 runway last year, the tiny designs caught the fashion crowd’s collective attention – a hard feat. Many have been hooked on the adorable bags-so-small-they-could-be-charms ever since. One attendee of the couture shows wore the design around her waist to belt a pair of baggy jeans. Despite this micro bag undoubtedly stealing the look, it was just a mere accessory to accompany the full-size monochrome diamond quilted Chanel Flap bag. 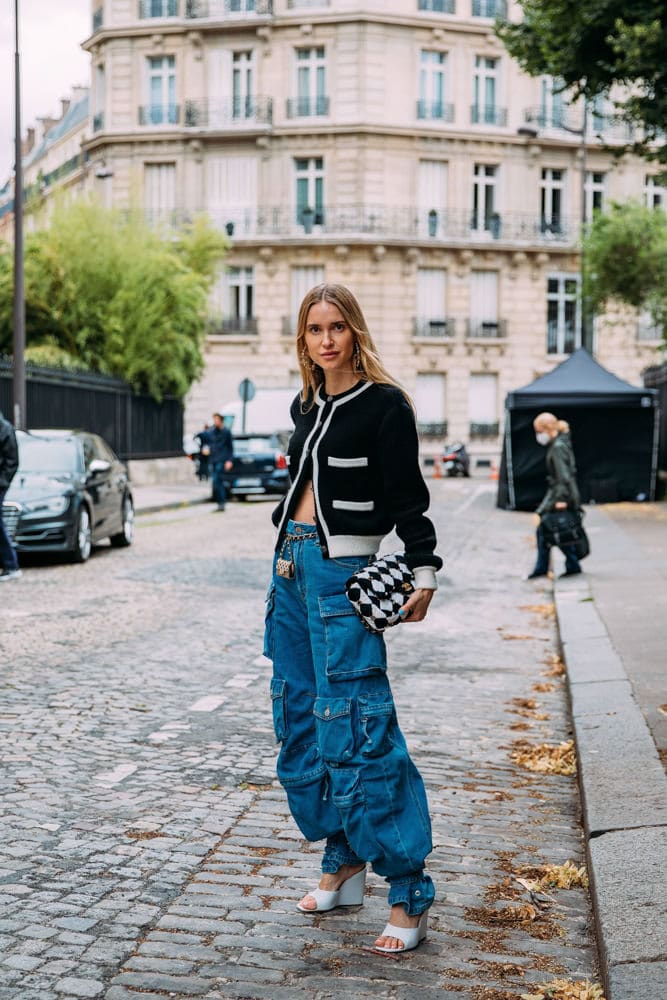 Most of the bags are nice, but the RTW? It’s bloody hideous!

Nice to see these posts again. Enjoyed the looks.

Even though everyone looks ridiculous I’d rather see regular people looking ridiculous than celebs.