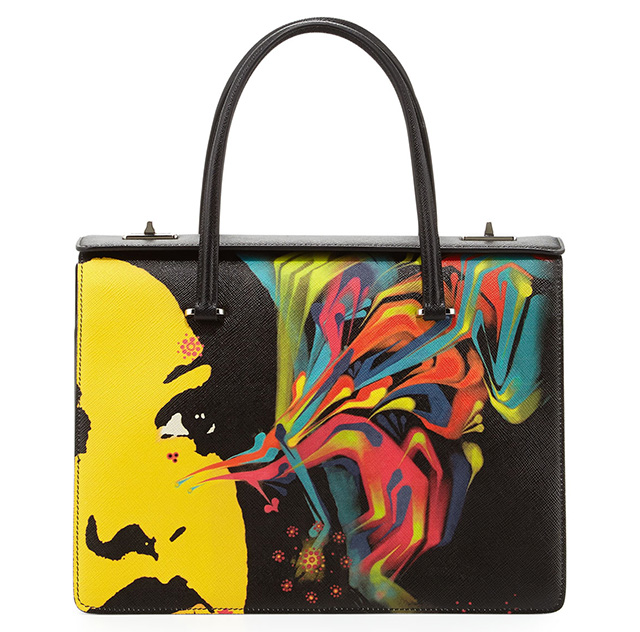 Prada's artistic Spring 2014 runway bags caused a ton of buzz and conversation within the fashion industry, as Prada is wont to do, and we've been not-so-patiently waiting for them to make their retail debut so that we could get a better look at the details and how much the bags will cost. Now that a selection of the bags is available for pre-order at Neiman Marcus, we have our answers: they're super cool and every bit as expensive as you'd expect.

The bags come in a larger satchel size and a smaller shoulder bag version with a removable handle to allow the bag to be used as a clutch. Some of the art is shared between the bigger and smaller versions, but it's used in different ways; the large satchels feature a partial-face closeup, while the smaller version is a chest-up portrait of the same woman. Both sizes use the artwork printed on Prada's hardy saffiano leather, which has generally been the canvas for Prada's printed bags in recent seasons. Both versions of the bags strike me as rather wearable (and they surely will be worn by street style stars outside of fashion shows as we move toward Milan and Paris) for what they are, but the bigger version is better; the partial face makes the look more abstract and less distracting. Check out the six styles available at Neiman Marcus below. 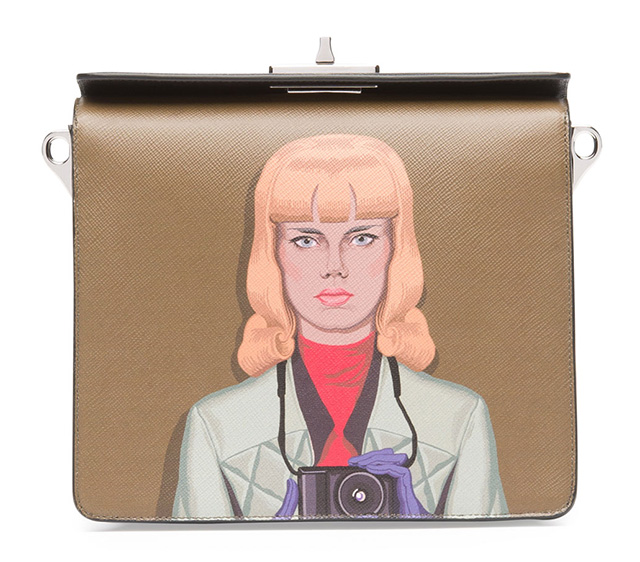 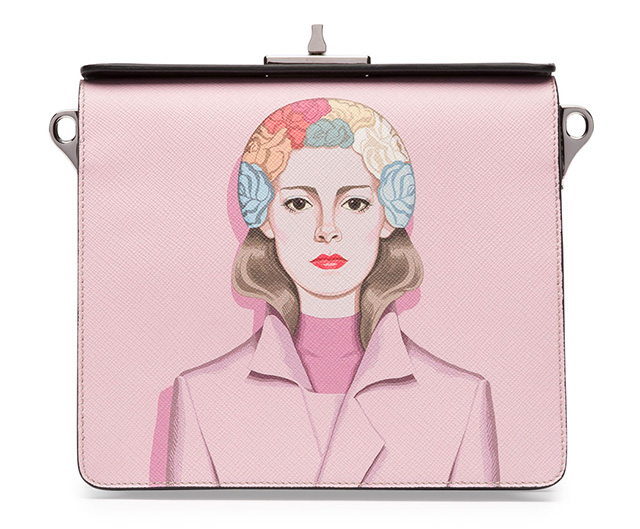 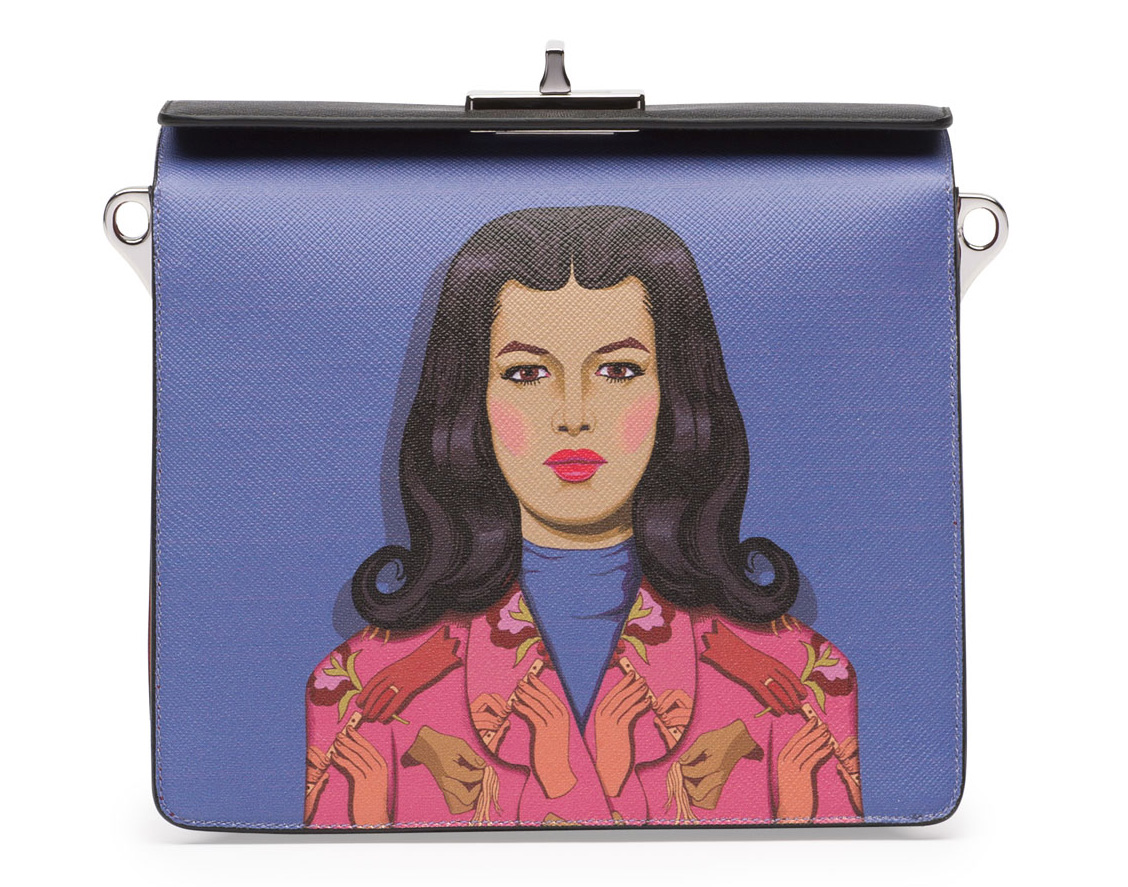 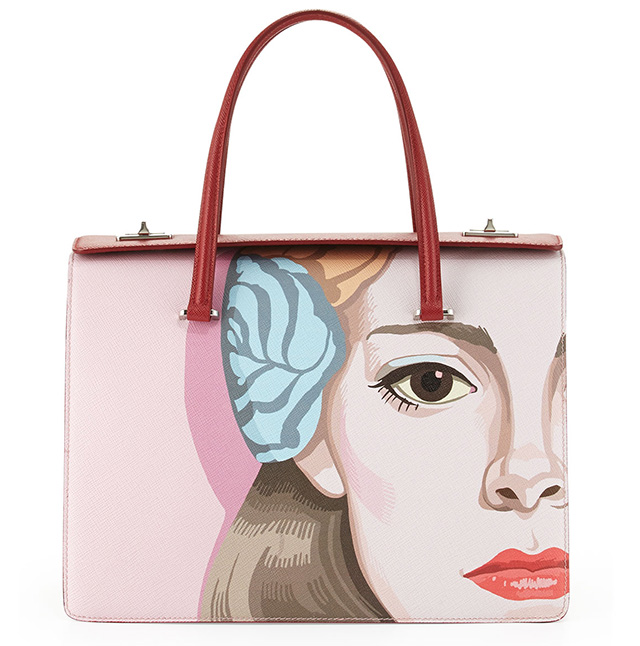 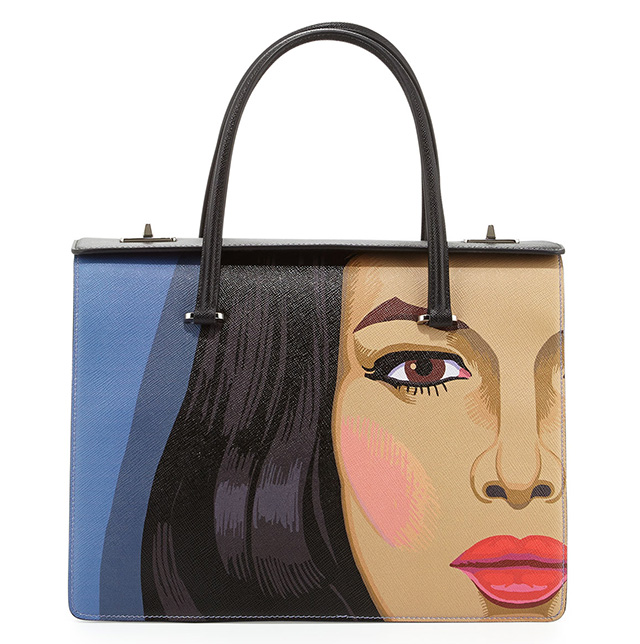