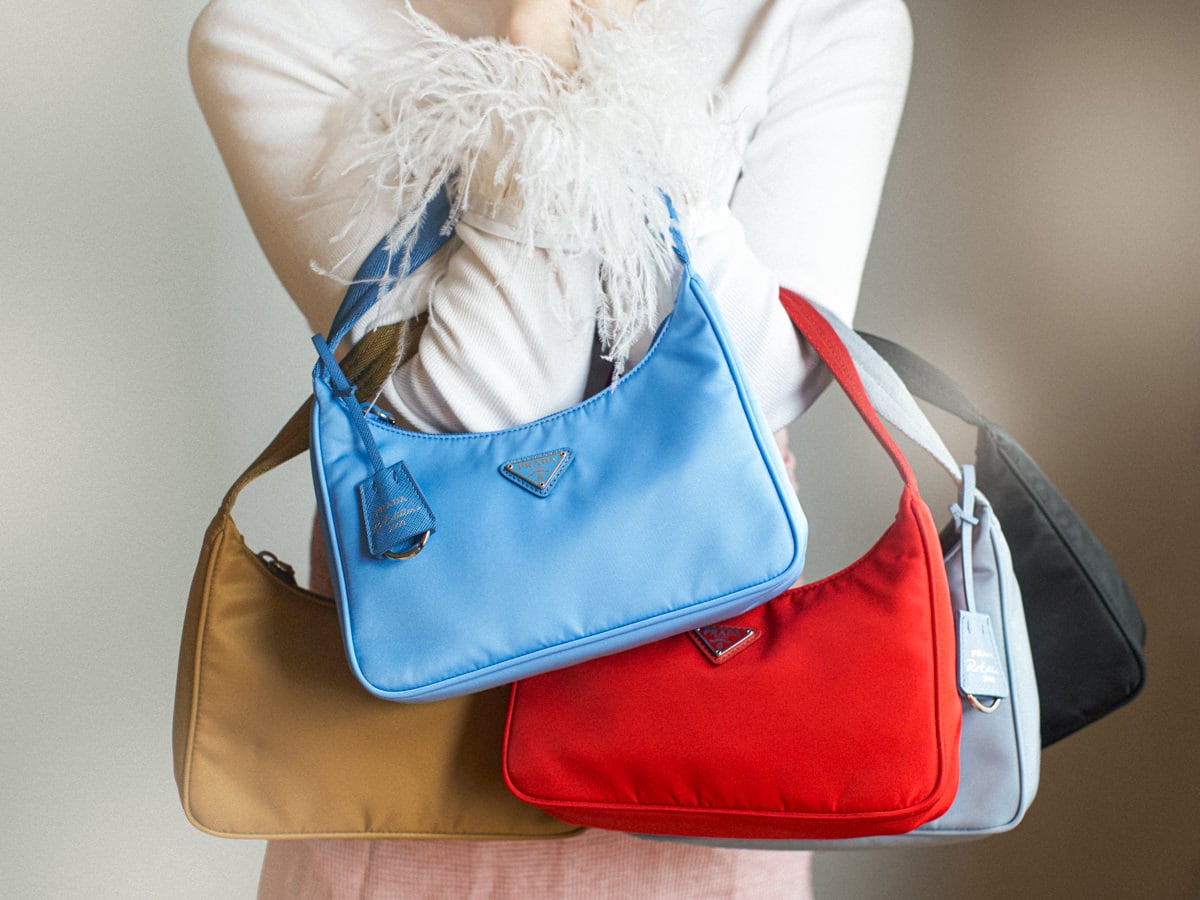 Over the past two years handbag lovers have been blessed with the resurgence of some of the best bags from the last two decades. While some brands have chosen to dig into their archives for inspiration, designing new bags that mix modernity with elements from bags of the past tied in, other designers have opted to bring back specific bags altogether. Prada’s nylon, which was wildly popular in the late 90s and early 2000s has seen a return in popularity over the last year and a half and rightfully so—it’s both stylish and incredibly durable. And now, ten years later Prada is reissuing one of its most iconic nylon styles. Meet the Prada Re-Edition 2000. 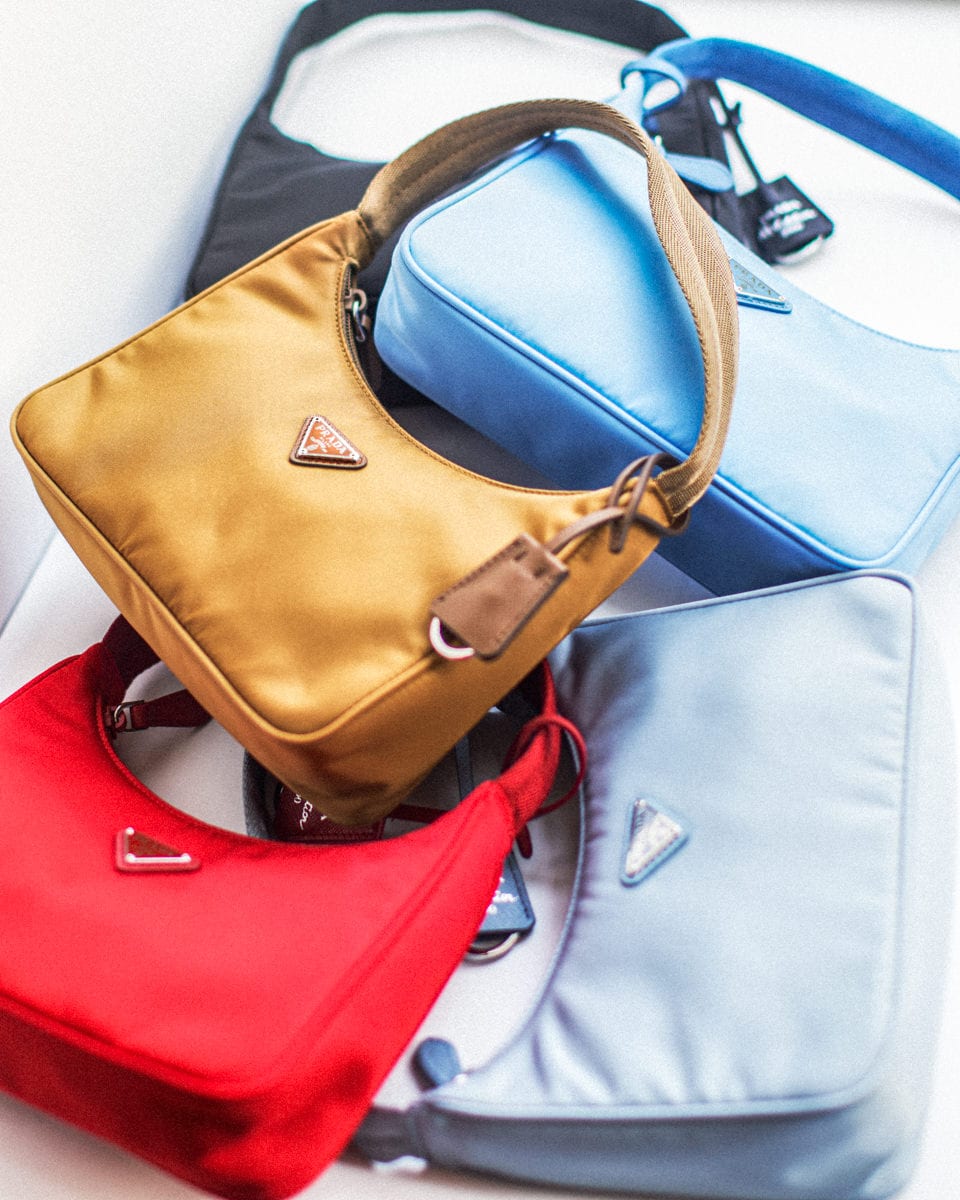 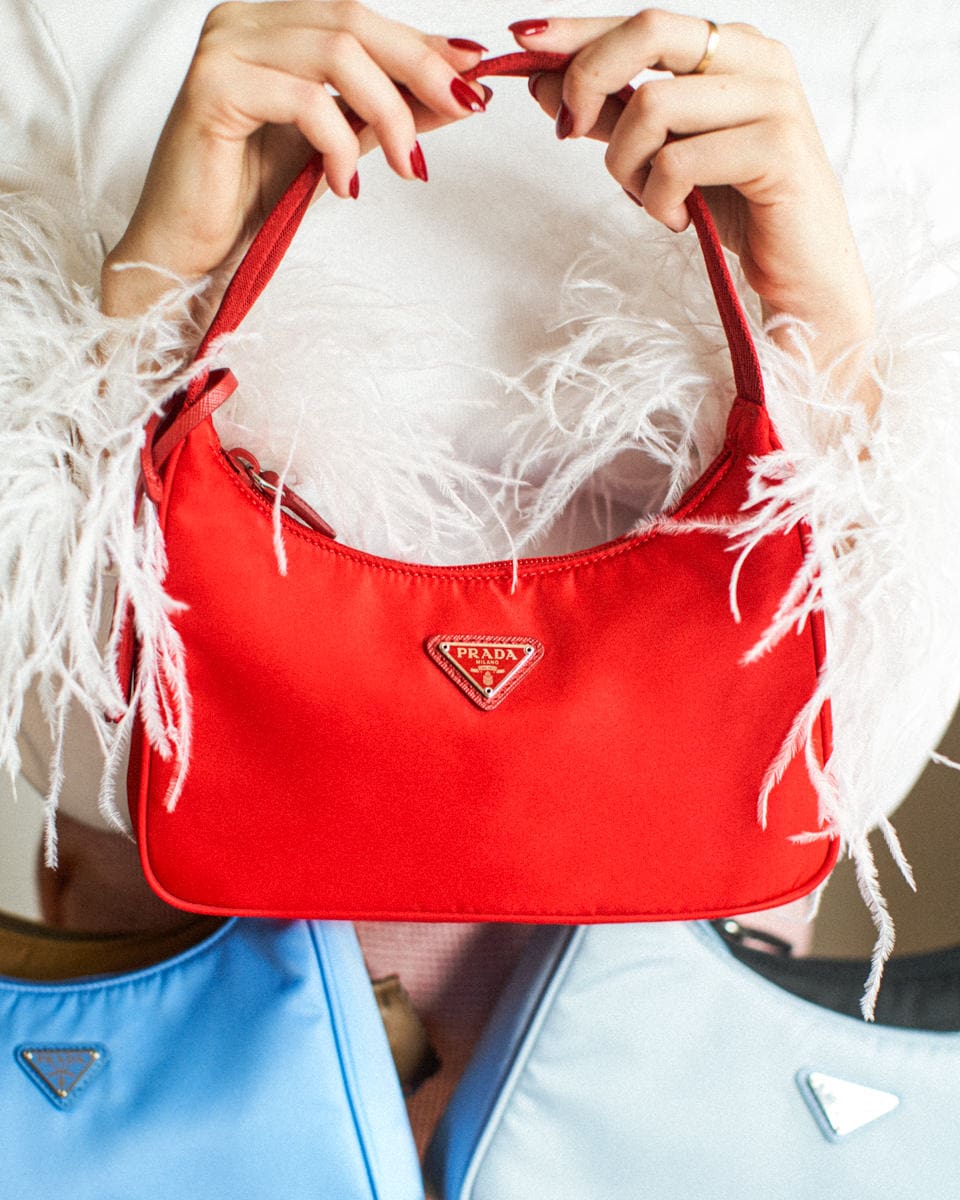 Beloved by celebs that were just babies when the bag was first introduced, Bella Hadid and Kendall Jenner have both been spotted carrying the original version of this bag, making it a no-brainer for Prada to reissue. True to its name, this classic bag first launched in 2000 and immediately became a fan favorite due to its baguette-like shape and nylon material, which at the time was all the rage. 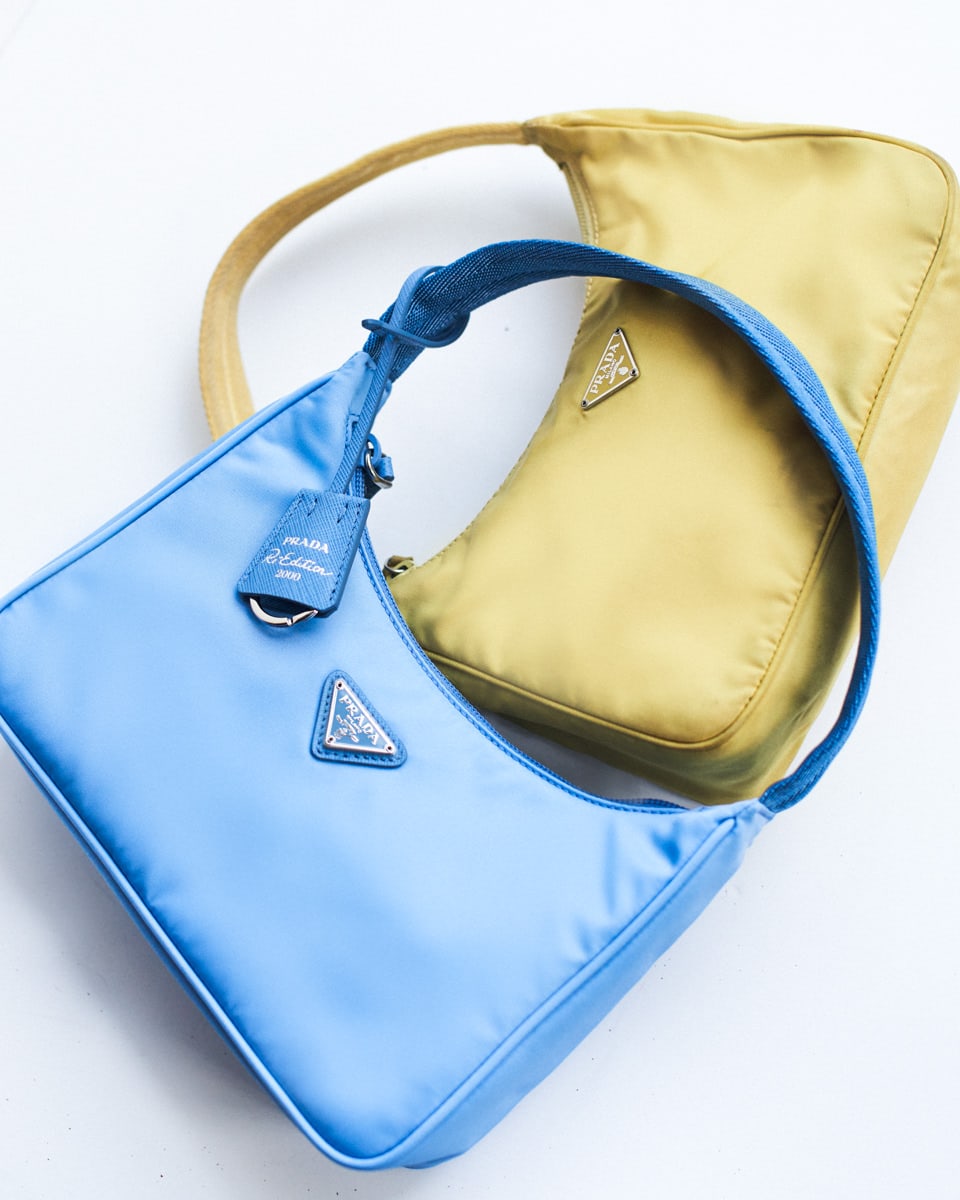 The Re-Edition 2000, shown above in blue, is not all that different from the original, which is pictured in lime green alongside the reissue (we’re thankful to have friends that have vintage Prada!). The shape and size remains exactly the same and while the reissue is nearly identical to the original, there are a few notable differences. We found the Re-Edition 2000 to be slightly more structured than the original, and the interior is lined in Prada’s classic lining, which not all versions of the original have. The zipper pull on the update is crafted in iconic Prada Saffiano leather and there’s also a removable Saffiano hangtag which reads ‘Prada Re-Edition 2000’. This iconic bag is back in a rainbow of fun colors as well as the brand’s classic black. Available for $725, the Re-Edition 2000 is launching this coming Monday on Prada.com, and our inner teen hearts are singing a happy tune. 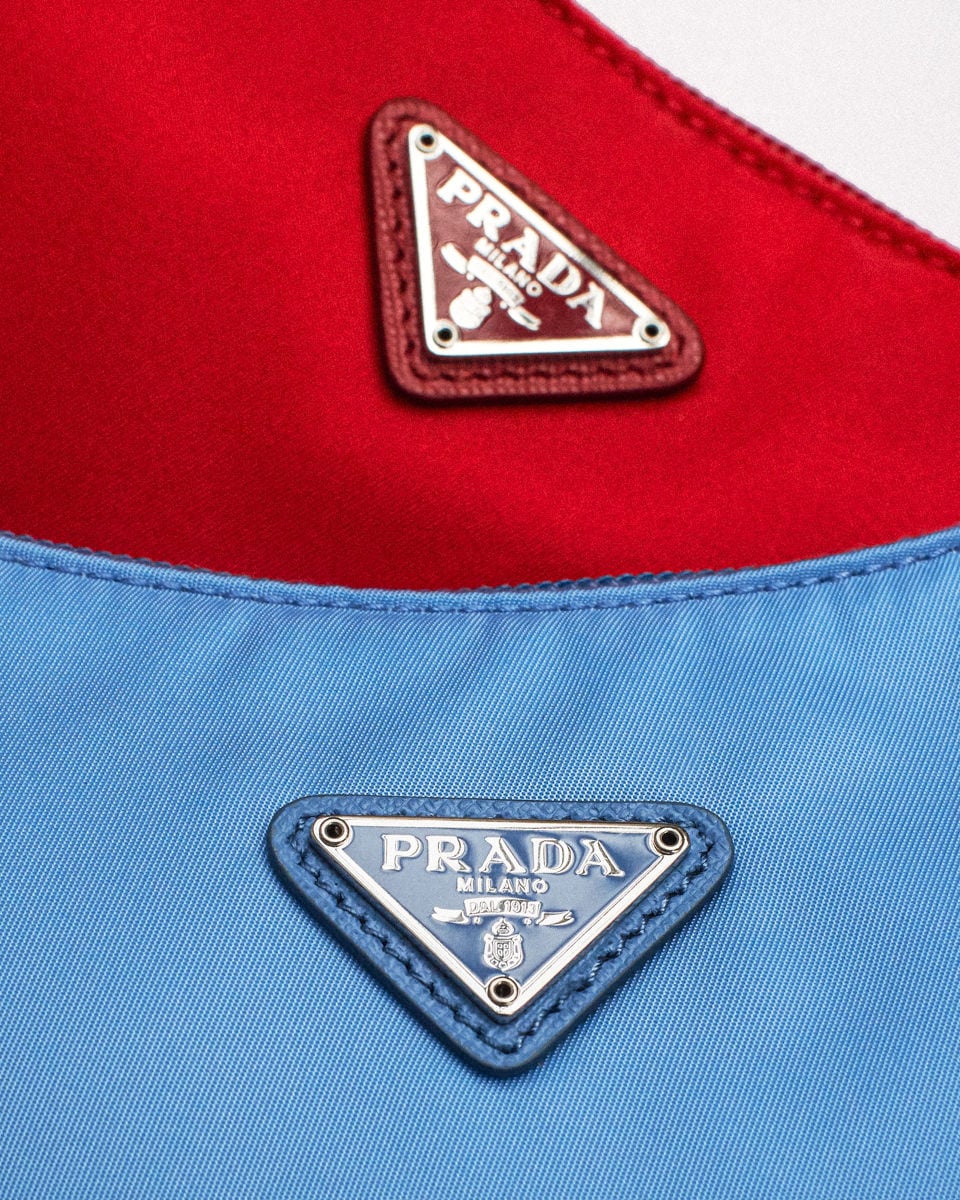 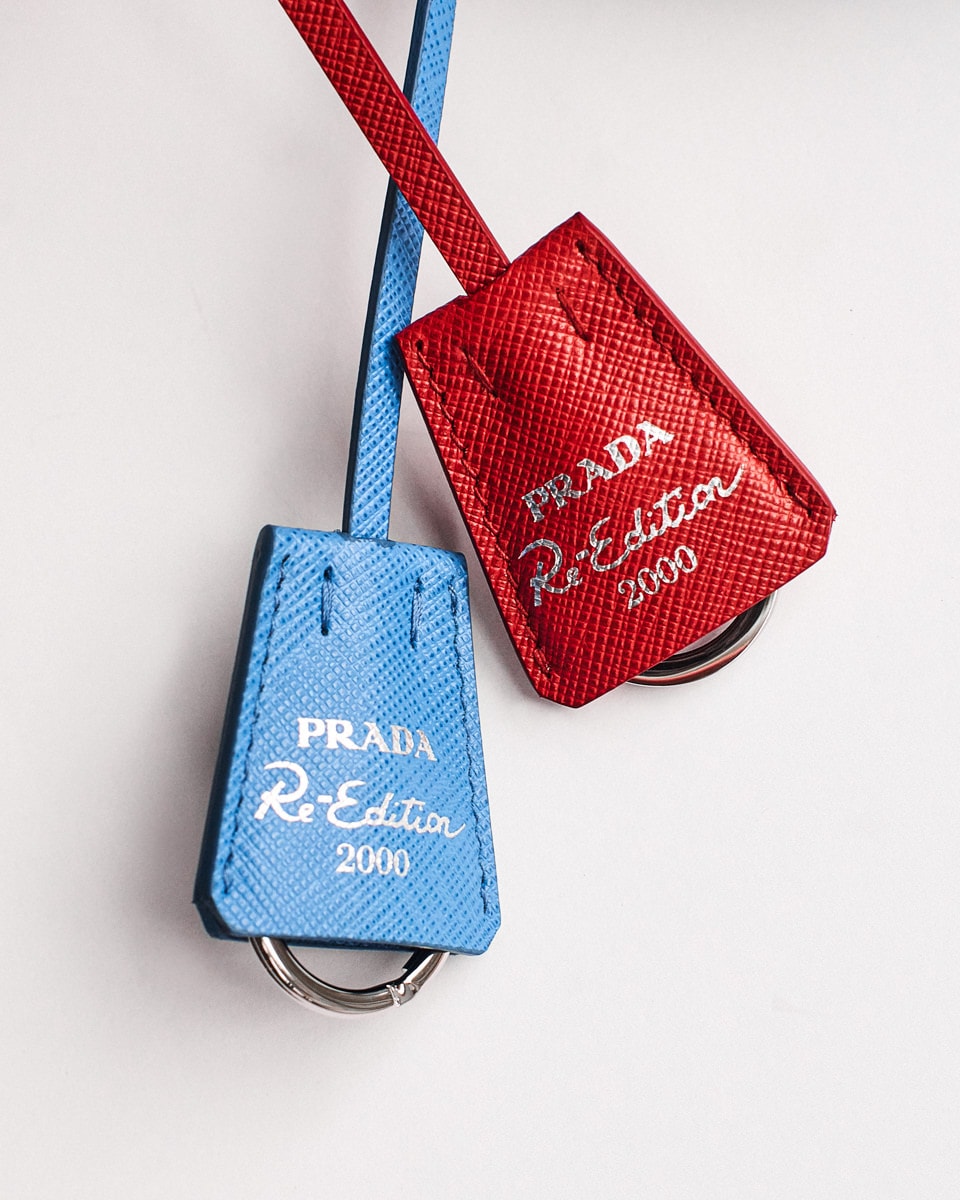