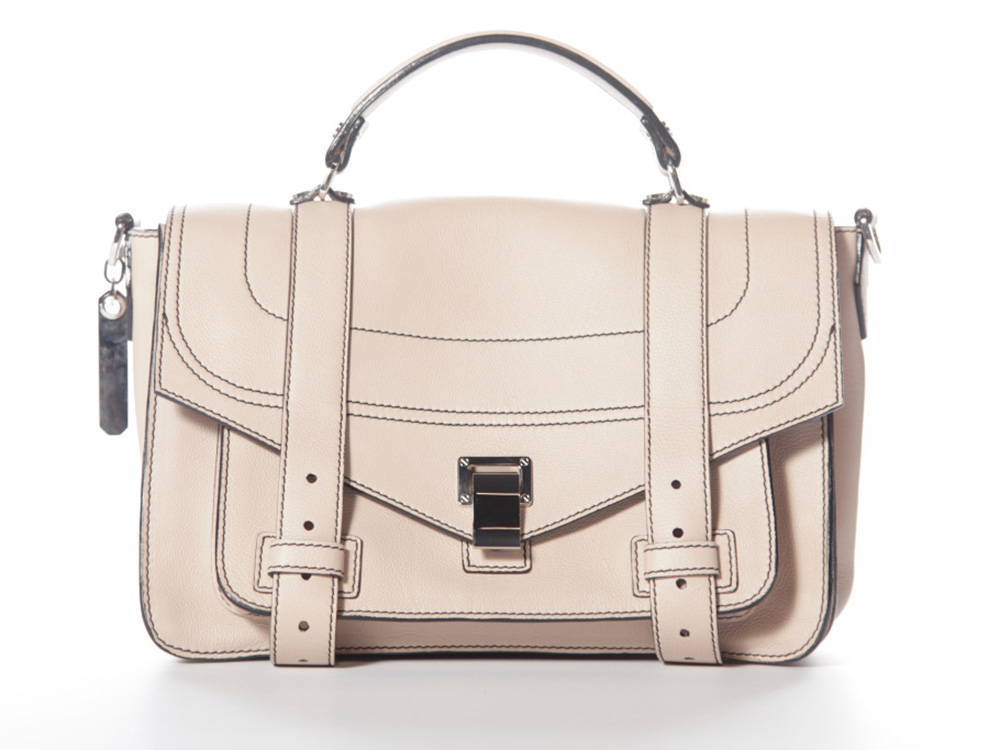 Even for brands that have huge accessories lines dating back decades, there’s usually one bag that stands out above the others in shoppers’ minds. Hermès has the Birkin, Chanel has the Classic Flap, Louis Vuitton has the Speedy; for Proenza Schouler, it’s the PS1 that inspires the most consumer devotion. According to Women’s Wear Daily, the brand hopes to double its bag sales over the next two to three years, and a newly redesigned PS1 is a bag part of that strategy.

Proenza Schouler has named the new PS1 the PS1+, sort of like an iPhone; unlike the iPhone, the “plus” model won’t be any bigger or more expensive. Instead, the Proenza team took the opportunity to update some style details and address common consumer feedback, including using pebbled leather to make the bag more structured and switching out the jacquard lining for more durable canvas. Some PS1 owners on our PurseForum have complained that the slouch put too much pressure on the handle and strap attachments and lead to occasional damage, so hopefully the stiffer leather can WWD also reports the bag’s hardware has a “fuller profile,” which, based on the available photo, seems to mean the signature closure is slightly wider.

If you’re a fan of the slouchier original PS1, fear not: it won’t be going anywhere. It and the PS1+ will retail side by side, the the medium in both versions will still be $1,780. The new version of the bag will become available in-store in July. In addition to that, Proenza Schouler has introduced a new Mini PS1, which retails for just $890, in order to give the brand a more accessible starting price point. That bag is available immediately in a handful of colors (and both leather and suede) via Proenza Schouler.

I wish they would address the problematic strap length (too short for a crossbody option) on ps1 mediums. That is, based upon my observation, the most common complaint about its otherwise pretty awesome design.

I SO agree with this! That is the very reason that I haven’t purchased a second PS1. I also miss the Keep All. I know it wasn’t hugely popular, but I loved that bag.

I think the ps1 medium’s size is so perfect. If only they had a longer strap!!! That what’s been keeping me from buying one too. Or I wish they would allow people to buy straps individually.

I’m bewildered by the “improvements” they’ve made based on customer feedback bc if you peruse the ps1 thread, the most popular complaint seems to be strap length and about ways to lengthen with clips and this and that.

I just extended mine with a 7/8 key ring on each side.Works perfectly for crossbody for me then.

Key ring? Can you elaborate, please.

I really don’t care for the name of the updated PS1….but I do like the minis in the bright colors. It also looks like some of the original medium PS1s are on sale. All the bright colors are 50% off on the Proenza Schouler website.