This Tote is Louis Vuitton’s Most Expensive Leather Handbag Ever 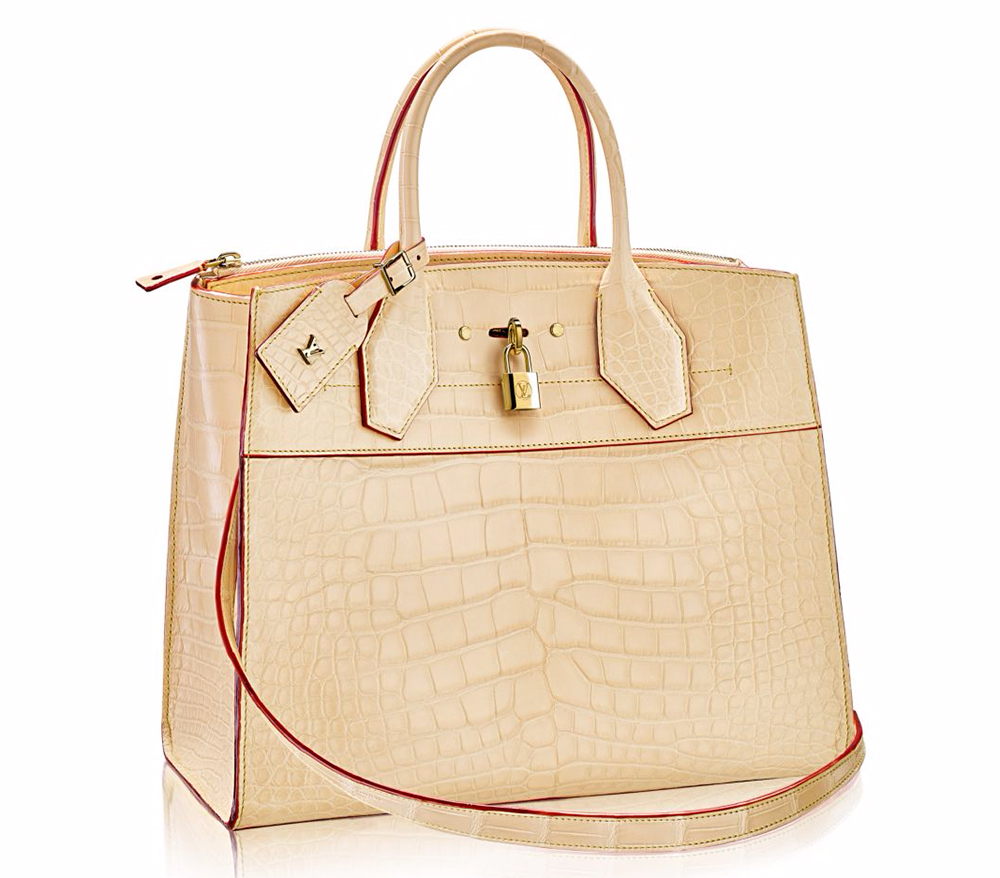 During my most recent perusal of Louis Vuitton’s new arrivals on the brand’s website, I came across something that shocked even me: a crocodile version of the beautiful new Louis Vuitton City Steamer Bag, retailing for a mind-boggling $55,500. I have a couple questions, including, why couldn’t they leave off the $500 and make it a nice, round number?

My other major question was whether or not this is Louis Vuitton’s most expensive handbag of all time, and according to my research, it’s not. The Richest counts two special edition Louis Vuitton minaudieres at more than $100,000 apiece, but neither was made out of traditional handbag materials, so that seems like cheating. When you narrow the list down to regular handbags, the most expensive representative of which I can find record is the Dora PM in crocodile, which is close (but no cigar) at $50,000 currently; the most expensive previous version of the bag was $54,500. This bag, in my humble opinion, is leaps and bounds more beautiful than that one.

With that in mind, I’m comfortable declaring this bag the brand’s most expensive leather offering of all time, and for the most powerful luxury brand in the world, that’s worth noting. Louis Vuitton has been ramping up its leather and exotic offerings for years in an effort to charm the world’s wealthiest shoppers, and it seems clear this model is meant to compete head-on with the ultra-rare, ultra-expensive exotic versions of the Hermès Birkin. Someone had to take on that iconic bag eventually, and there’s perhaps no one more qualified than Nicolas Ghesquiere at Louis Vuitton.

Check out the bag for yourself at Louis Vuitton; to purchase, you’ll have to have your people call their people.