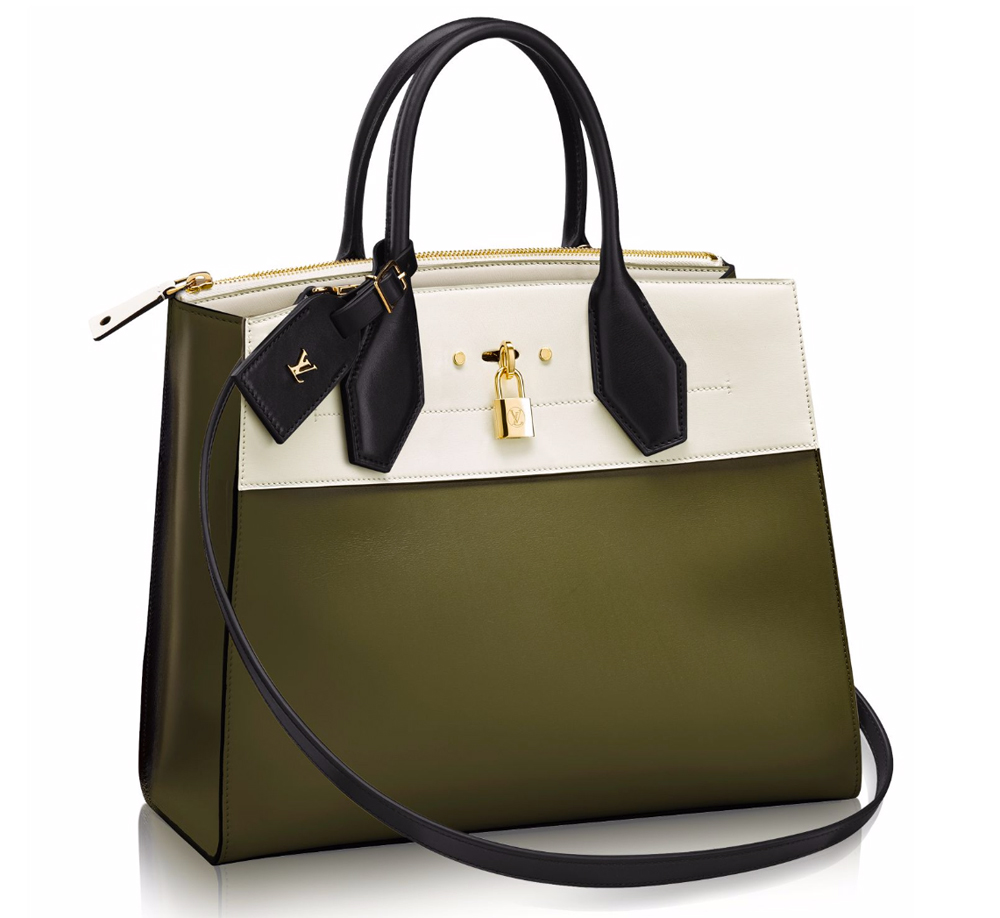 If you've been awaiting the arrival of the Louis Vuitton City Steamer Bag, which debuted on the brand's Cruise 2016 runway in Palm Springs, then your Monday just got a whole lot better. The elegant, modern tote has arrived on Vuitton's website in three sizes and a plethora of colors.

The Birkin-esque bag fills a gap in the strong handbag lineup that Nicolas Ghesquiere has created so far for the rebounding brand: LV needed a statement-making satchel to fit in as the line's marquee bag, and ideally, it would be in leather (to appeal to those who are wary of monograms in general and of Louis Vuitton's in particular) and sit right in the middle of the dressy-to-casual spectrum. The City Steamer does all of that; I can easily imagine it being carried with both a sharp suit and slouchy boyfriend jeans.

The bag's three sizes are all very useable, with the PM coming in at 10.2" across, the MM at 12.2" and the GM at 13.4". None of them are too big or too small, although it's not hard to imagine the line getting a micro BB version in the next season or two. The City Steamer looks good at all of its sizes; the bag isn't over-designer or over-detailed, which means it shrinks down well.

Perhaps my only qualm about the City Steamer is that it does look rather like a Birkin, but the more I look at it, the more I think that's simply a function of the central gold-tone lock; if that's taken away, the gusset structure and closures don't remind me of the Birkin at all, and it has a strap and luggage tag instead of the Birkin's clochette. That likely won't satisfy everyone, but it's enough for me.

Check out the City Steamer's currently available options and their attendant prices below. 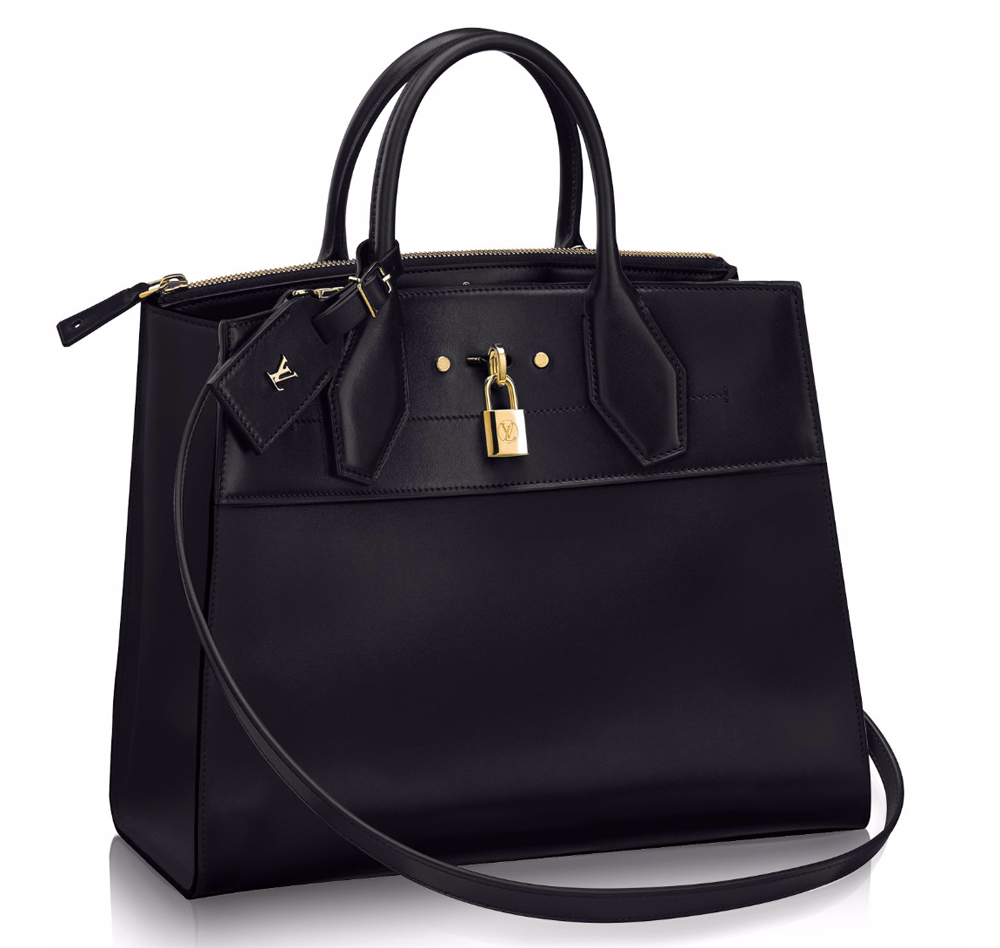 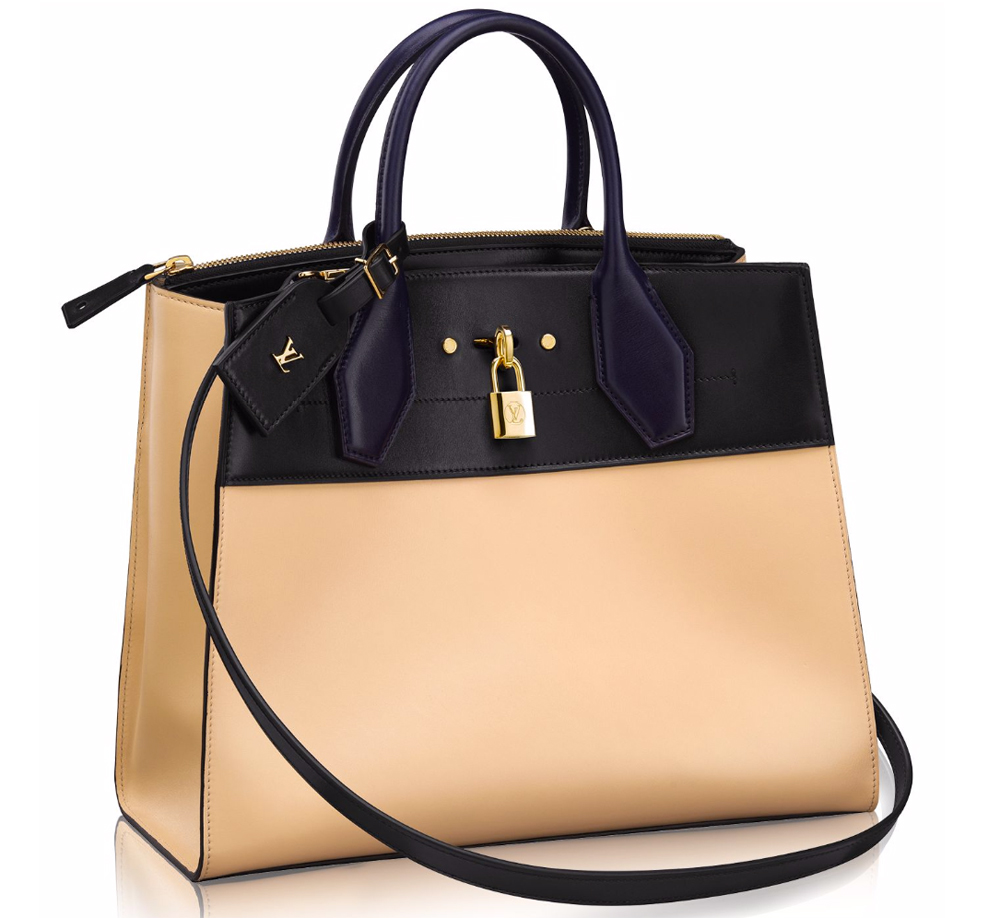 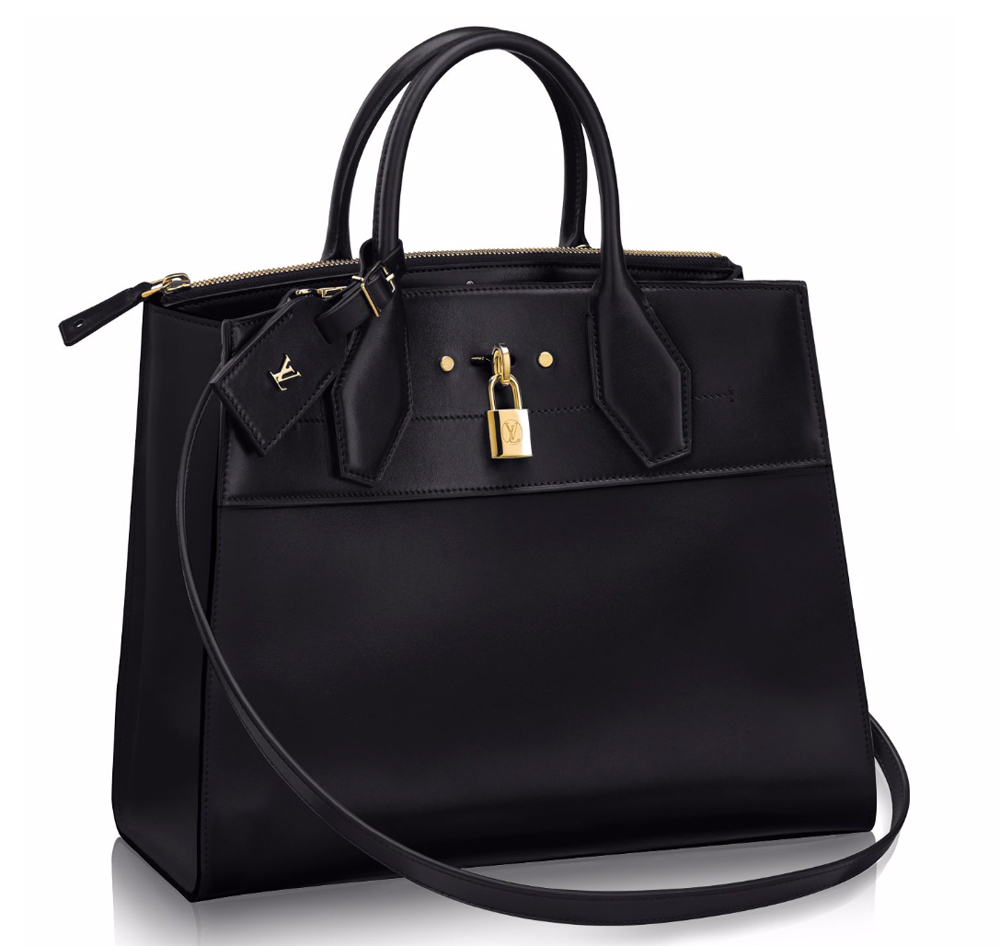 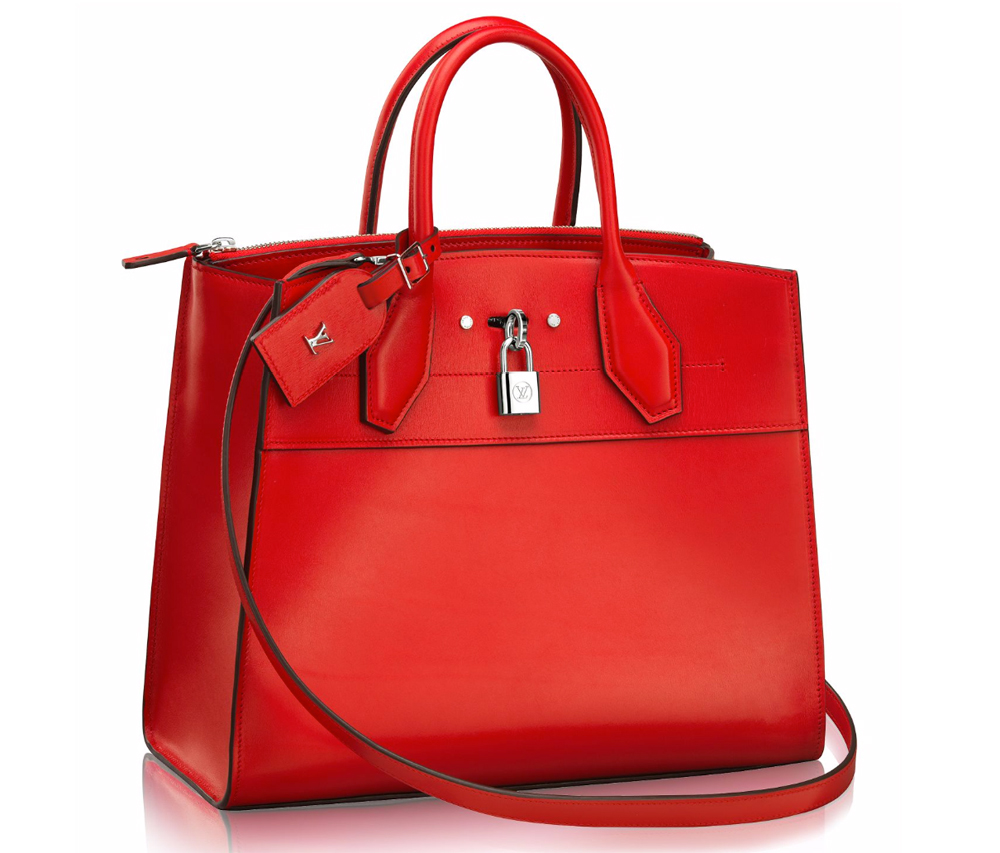 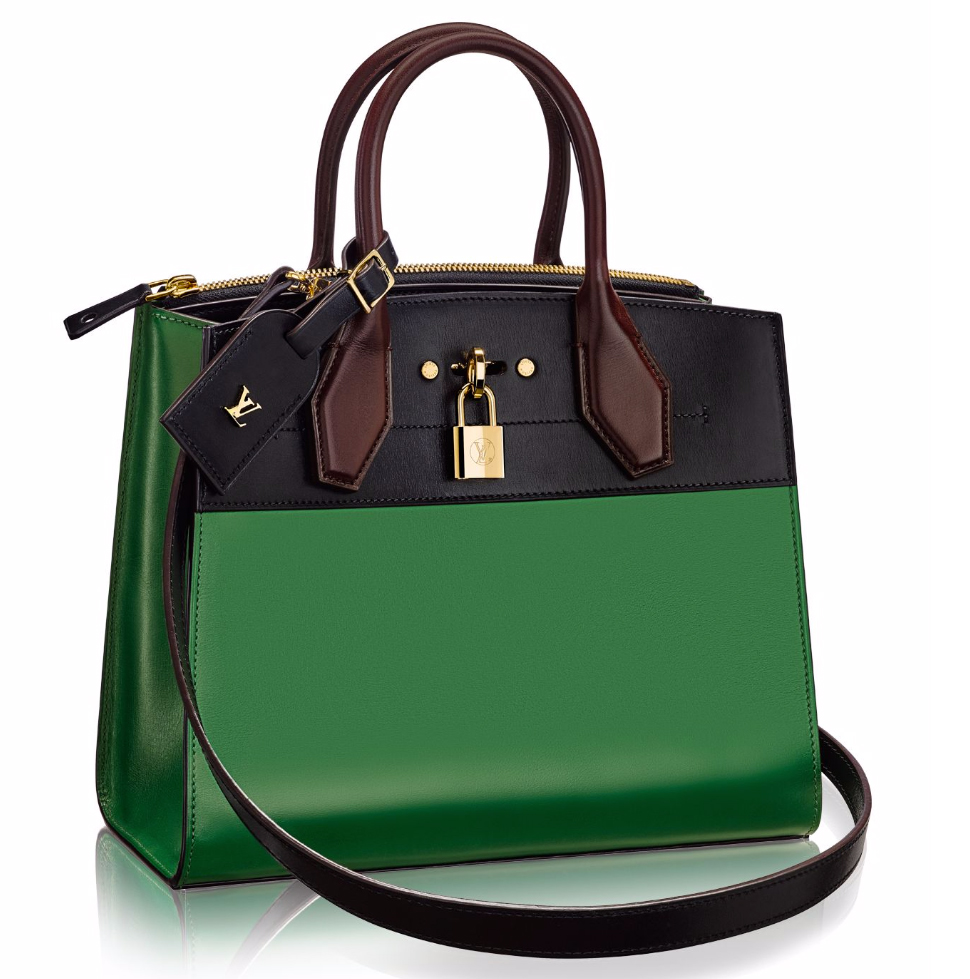 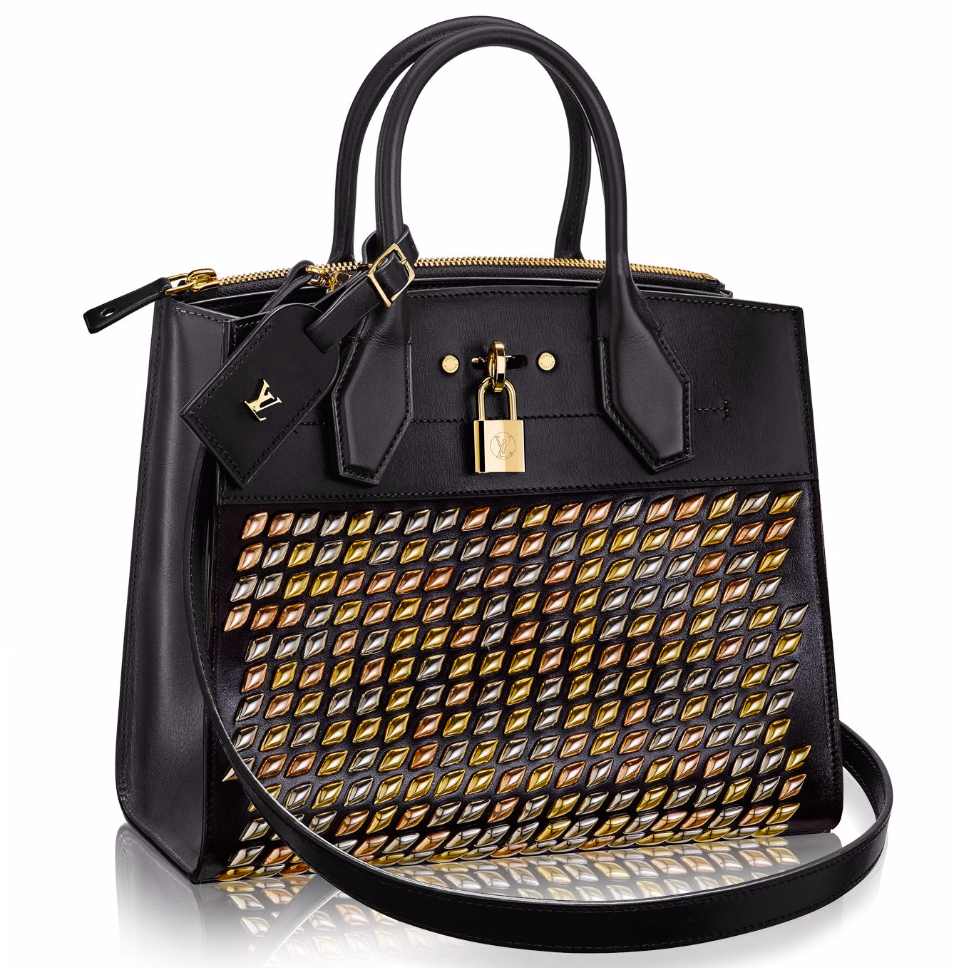