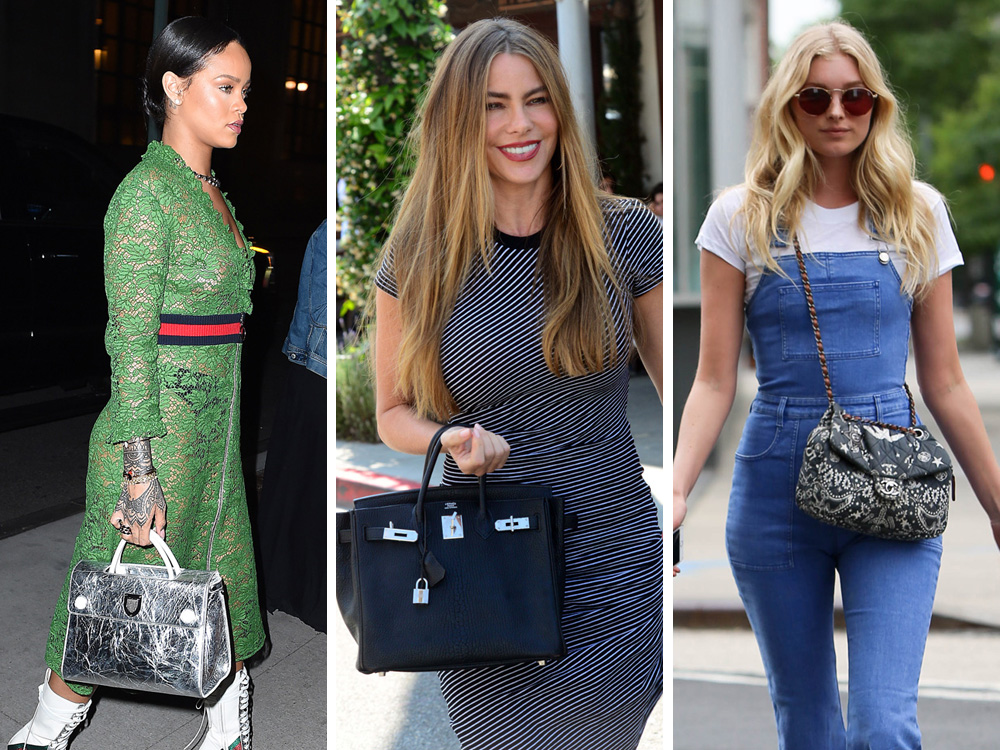 If I’ve learned anything today, it’s that there are a wealth of reality TV stars that I am not at all familiar with, despite my best efforts. If I’ve learned a second thing, it’s that they mainly prefer Céline and Chanel bags. Meanwhile, Rihanna has returned to her precious Dior Diorevers, Birkin aficionados continue to carry Birkins 24/7, and everyone else on God’s (or the deity of your choice’s) green earth continues to carry a Givenchy bag. As they should.

Bachelorette Andi Dorfman was recently spotted out and about in NYC with a sleek black leather Céline Luggage Tote. I suspect she’s out promoting her new memoir, It’s Not Okay: Turning Heartbreak into Happily Never After. This may sound like a book title I just made up to be snarky, but I swear it’s real. 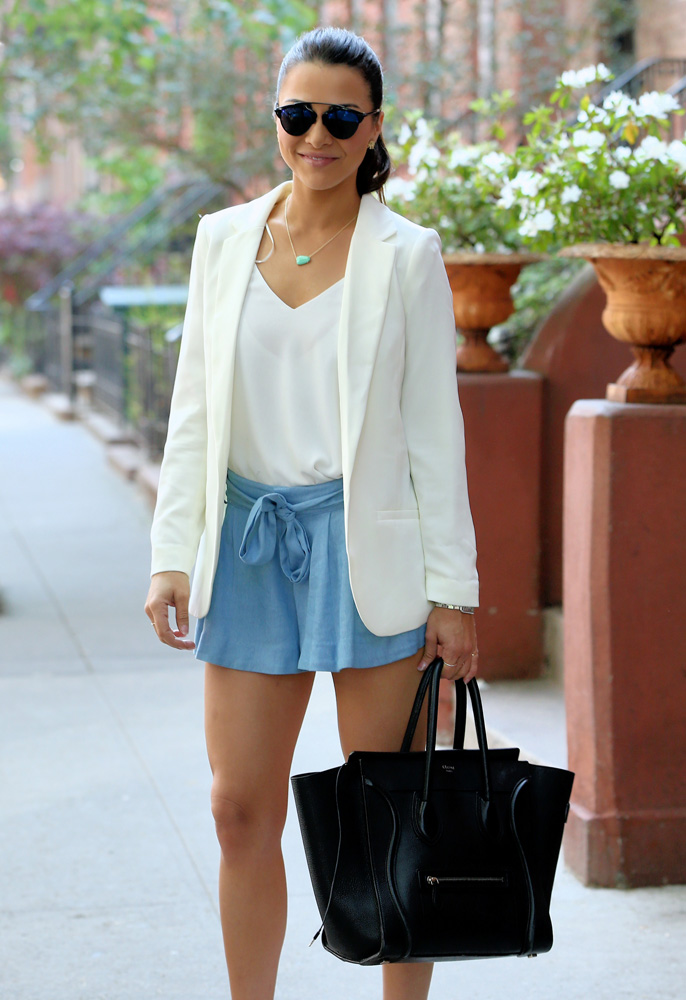 Here’s Demi Lovato, heading into Nine Zero One Salon with a big black Birkin. Her edition of The Many Bags of Demi Lovato is in dire need of a follow-up post, as her taste in handbags has changed considerably in three years’ time. 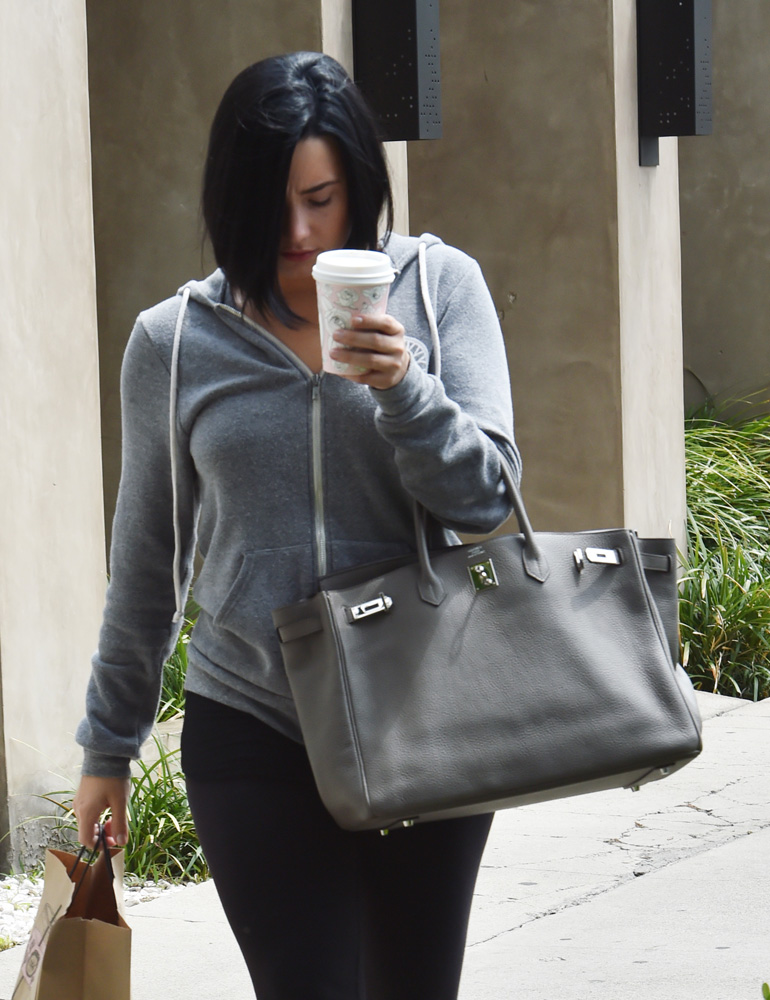 Elsa Hosk recently stepped out in NYC in the most form-fitting pair of overalls known to man (#overallgoals). She’s carrying a new Chanel Bandana Flap Bag, which oddly enough looks like it’s constructed out of actual bandanas. 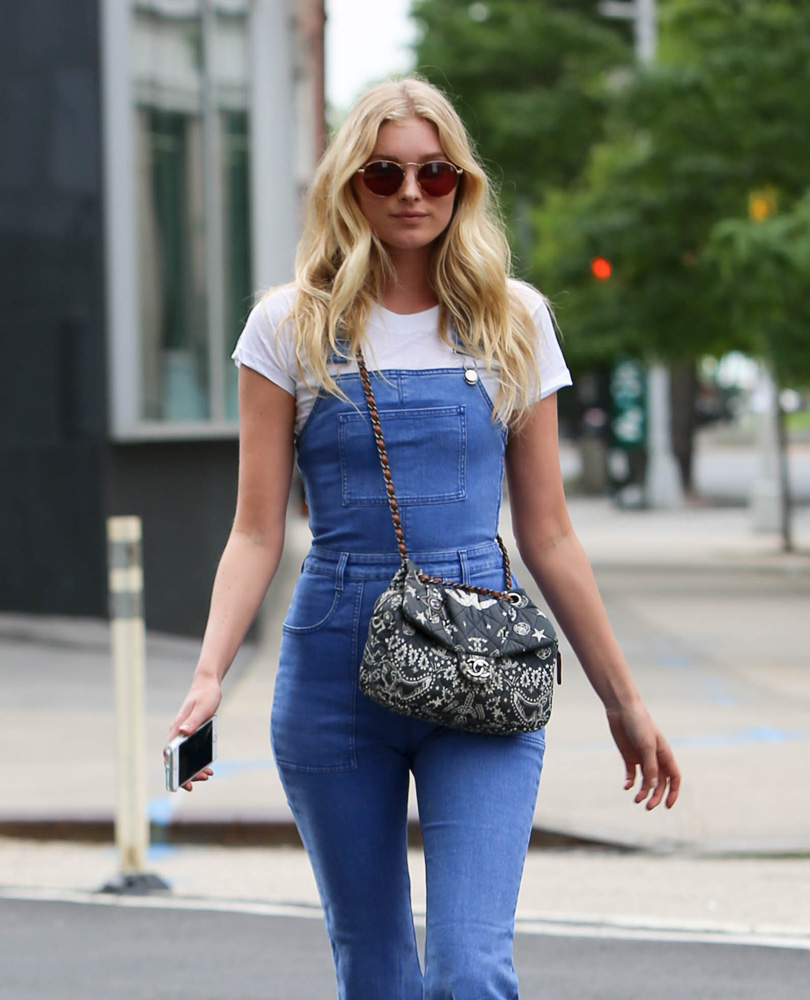 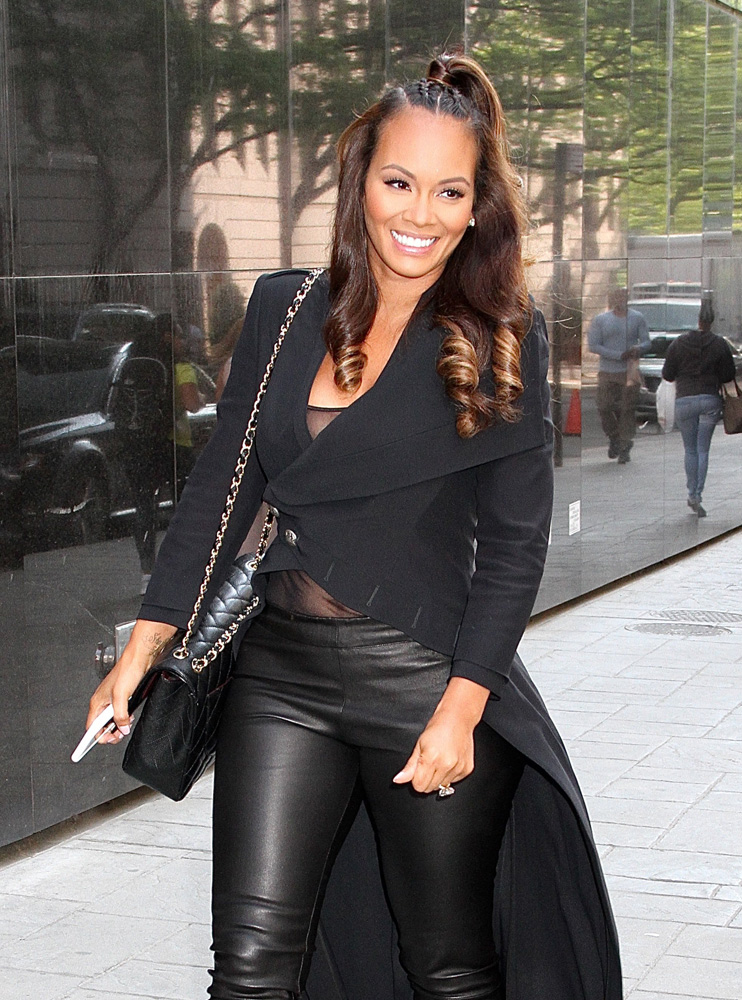 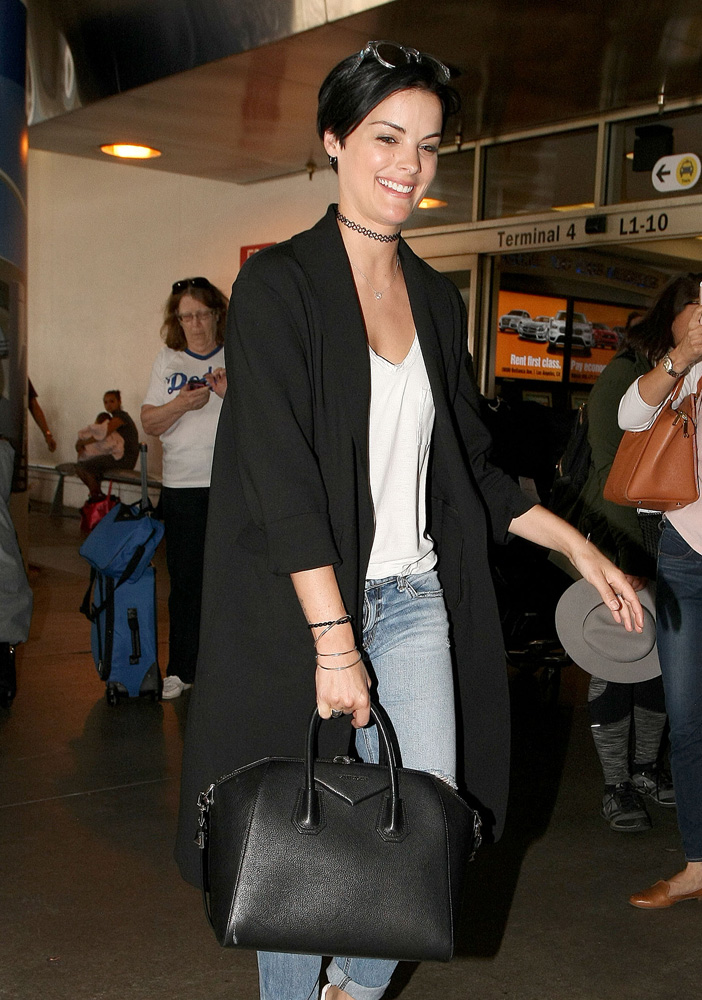 Rihanna recently enjoyed a night out in NYC with a new crinkled metallic leather version of the Dior Diorever Tote. Her sheer green lace dress is Gucci and her lace-up boots are (surprise) also Gucci. Is Dior jealous yet? They should be. 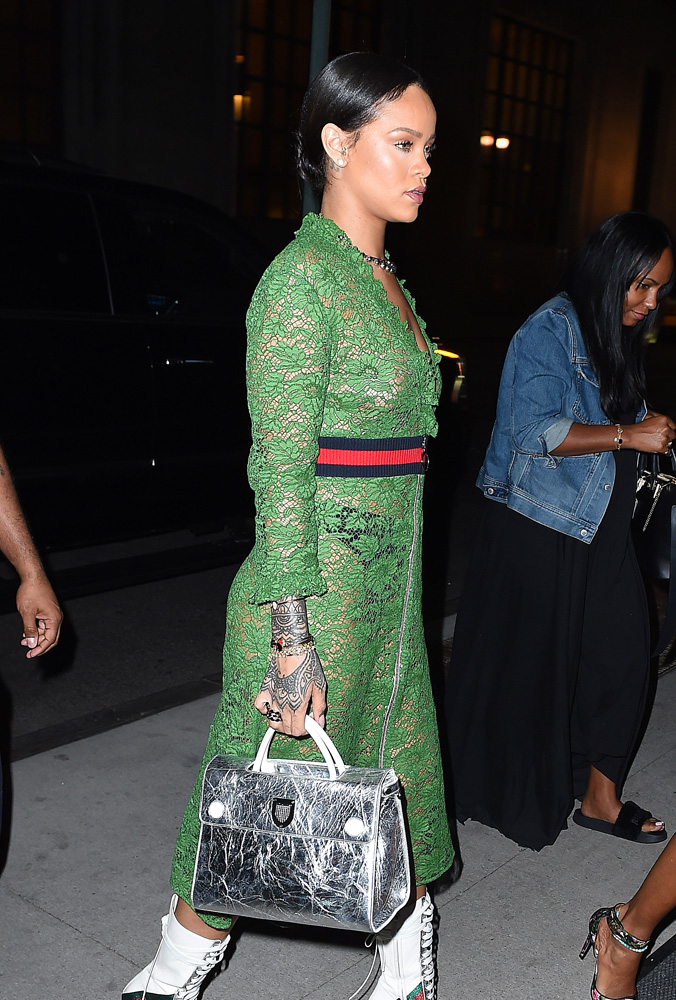 Here’s Sofia Vergara, leaving lunch at Il Pastaio in LA with a pricey little black Hermès Birkin with palladium hardware. I’m trying to think of the equivalent number of A-list eatery lunches you’d have to skip to pay for this bag, but it occurs to me that I have no idea what A-listers spend on lunch. 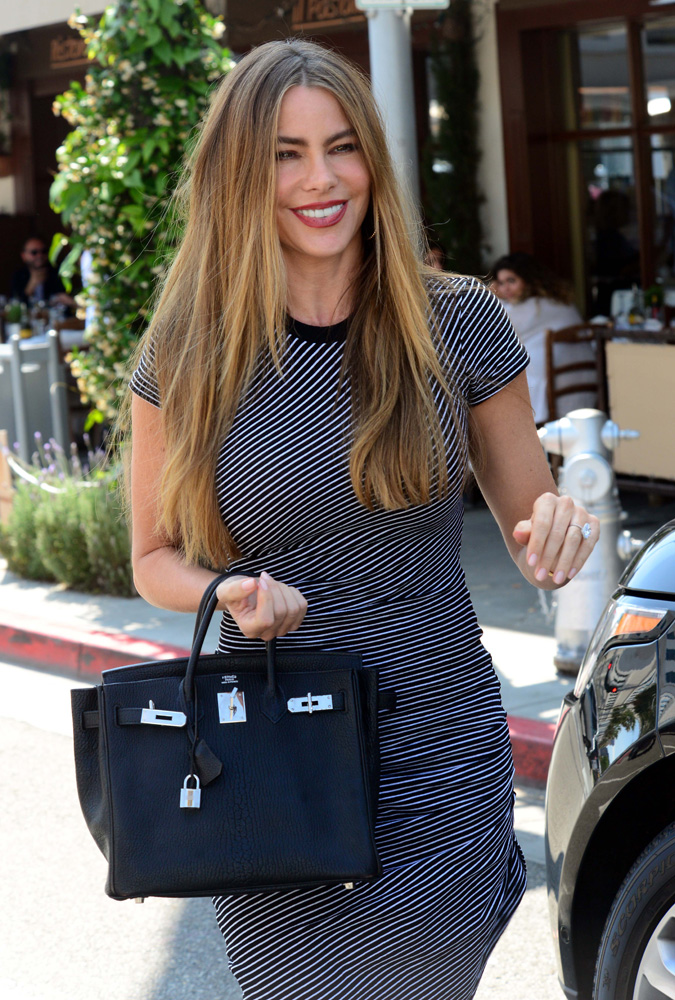 Finally, here’s Tia Mowry, shopping in Beverly Hills with a sleek black leather Givenchy Lucrezia. Do you suddenly feel gravely concerned by the serious lack of sexy maxi dresses in your closet? I do. I truly do. 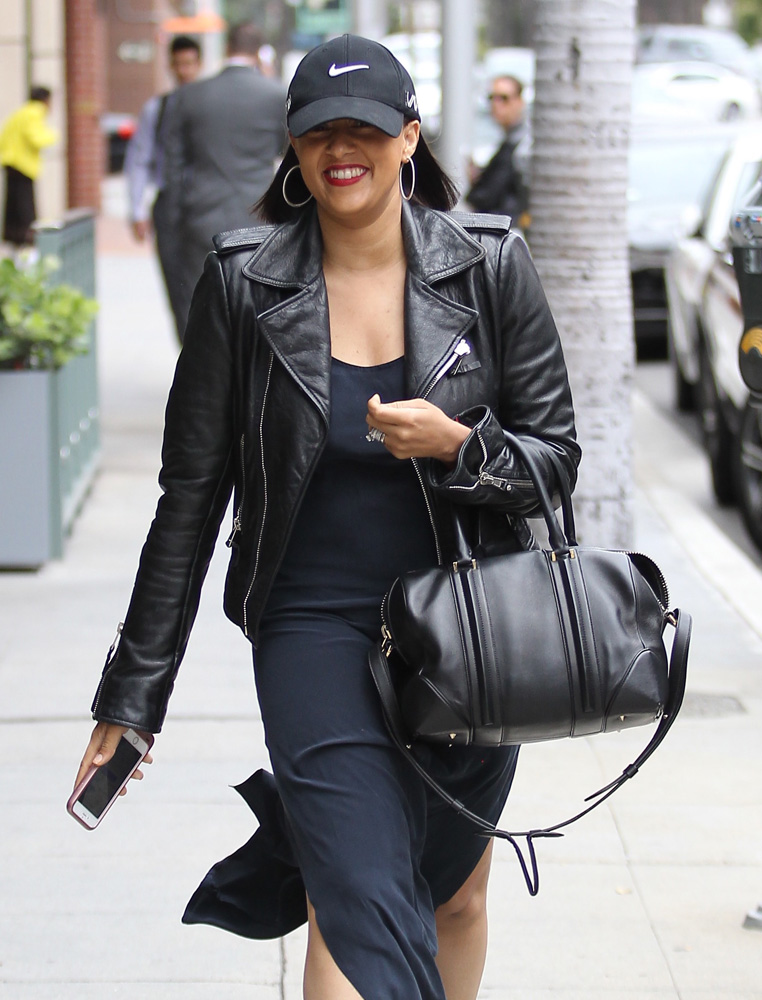 You mean Rihanna’s bag looks like a lunchbox? I was up all night with a newborn, so I’m clearly slow at grasping the punchline. Or I’m distracted by the fact that she’s walking around in an unlined lace dress that reveals her black knickers, because I’m old.

Congrats on the baby!

Yes that’s what I meant. As for the rest of her outfit, it’s fashion darling! Lmao

That made me laugh!

Lol…. that description is perfect!!!!

The only thing that can distract me from a gallery of lovely handbags by Hermes, Chanel, Dior and Givenchy is how incredibly unflattering this Andy Dorfman character’s sunglasses are. Are they Dior’s So Real glasses? In any case, burn them with fire. They look horrific on her face and make her nose look wide enough to serve as an aircraft carrier.

Those definitely are the Dior So Real sunglasses. Which makes me so thankful, that I chose the Dior Mirrored sunglasses, over the So Real.

I can never seem to make up my mind about the So Real glasses. (Yes, it’s been years and I’m still undecided). I saw it and hated it. Then saw some celebs rock them and then I felt I needed them. Then I hate them and then love them again.. Fast forward to today when I see them on Andy Dorfman and I’m thinking its a huge NO.

I’m happy I picked up the Celine Shadow tortoishell sunglasses when I did. Most complimented shades I’ve ever owned!

Sofias bag is actuallya 32cm HAC look at the height and square shaped turn lock to me its important because its a very interesting bag !!!! especially in chevre.

LOL! I was going to say the same thing! The chèvre is beautiful!

Thanks for that ID!

I would happily buy that coffee table book.

I don’t know why but I just cannot get on board with the Diorever bag. I just really don’t like it…at all.

I’m really underwhelmed by the bags and outfits in this post.

Can someone please put clothes on Rihanna??? She’s gorgeous and talented. She doesn’t have to dress like she’s a commodity. Tacky.

On the flip side. Tia. Please. That cap. Take it off. Just no!

Yessss you gotta do a follow up on Demi!