PurseBlog Asks: How much would you pay for this Alaia tote? 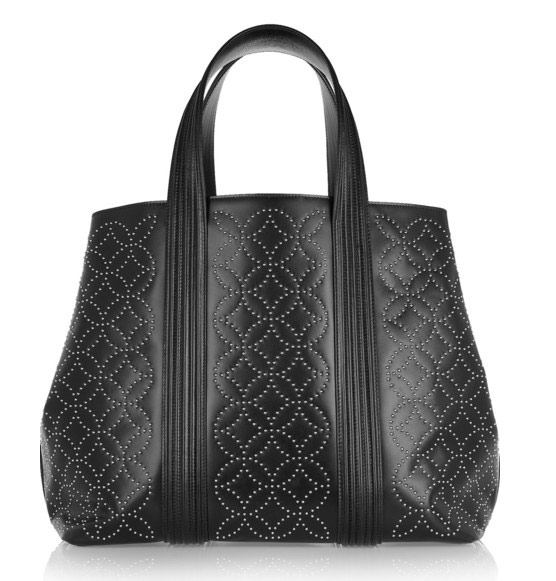 Whenever I write about an Alaia bag, I can more or less pinpoint the range of reactions that it will receive. The people who think that Alaia is, like, a totally important designer will ooh and ahh. The people who haven’t joined Azzedine’s cult of personality will complain that it’s either too simple or too similar to all the other Alaia bags. Portions of both groups will bemoan the price tag, perhaps justifiably.

That’s the thing about Alaia – he has more or less opted out of all the fashion industry hoopla, so it’s hard to get a handle on exactly what his company is turning out and how it compares to what everyone else does. It’s 2011, and the company still doesn’t have a website, let alone a Twitter or Tumblr. He recently got in to the couture business when other corporate-owned companies are bailing out. So what, exactly, is the value of an Alaia handbag, and what would you be willing to pay for this one?

There’s not a single premier designer whose handbag prices are even casually related to how much it actually costs to manufacture a handbag; that’s the unpleasant truth, across the board. Image accounts for a huge amount of money. Considering that, Alaia gets a bit of a price bump for mysteriousness. The brand is only sold online by a couple of extremely exclusive retailers, and as previously mentioned, it has no official web presence of its own. Alaia also doesn’t show during any of the official Fashion Weeks, and neither the lack of site or show is the result of a lack of interest on the part of the industry. In that way, Alaia is like the handsome man you’d love to date but who isn’t particularly interested in you; his lack of interest where so many others are clamoring for attention only makes him more desirable.

And then, for those of us lucky enough to have seen Alaia’s pieces in person, there’s the question of quality. Actually, though, it’s not a question at all – this stuff is top-notch. Even this simply shaped tote is completely lined in tan leather, and because of Alaia’s relatively small operation, it’s safer to assume that a larger proportion of the bag’s assembly work was done by a real person than it is with most brands. Perhaps even the tiny studs on the exterior were hand-applied. That, too, will up a bag’s price.

All that being said, though, I still have a hard time wrapping my head around a price tag with a three in front of it for what amounts to a very nice embellished tote. I would say the same for any brand, including Chanel and Hermes; I simply don’t believe that there’s anything that can be done in this shape and with this material to justify that kind of price. Drop it in to the 2,000s and then we can talk. Clearly, it looks as though others disagree – you would be able to buy this tote via Net-a-Porter for $3395 if it hadn’t already sold out.