Is it still considered indie if everybody’s doing it?
6 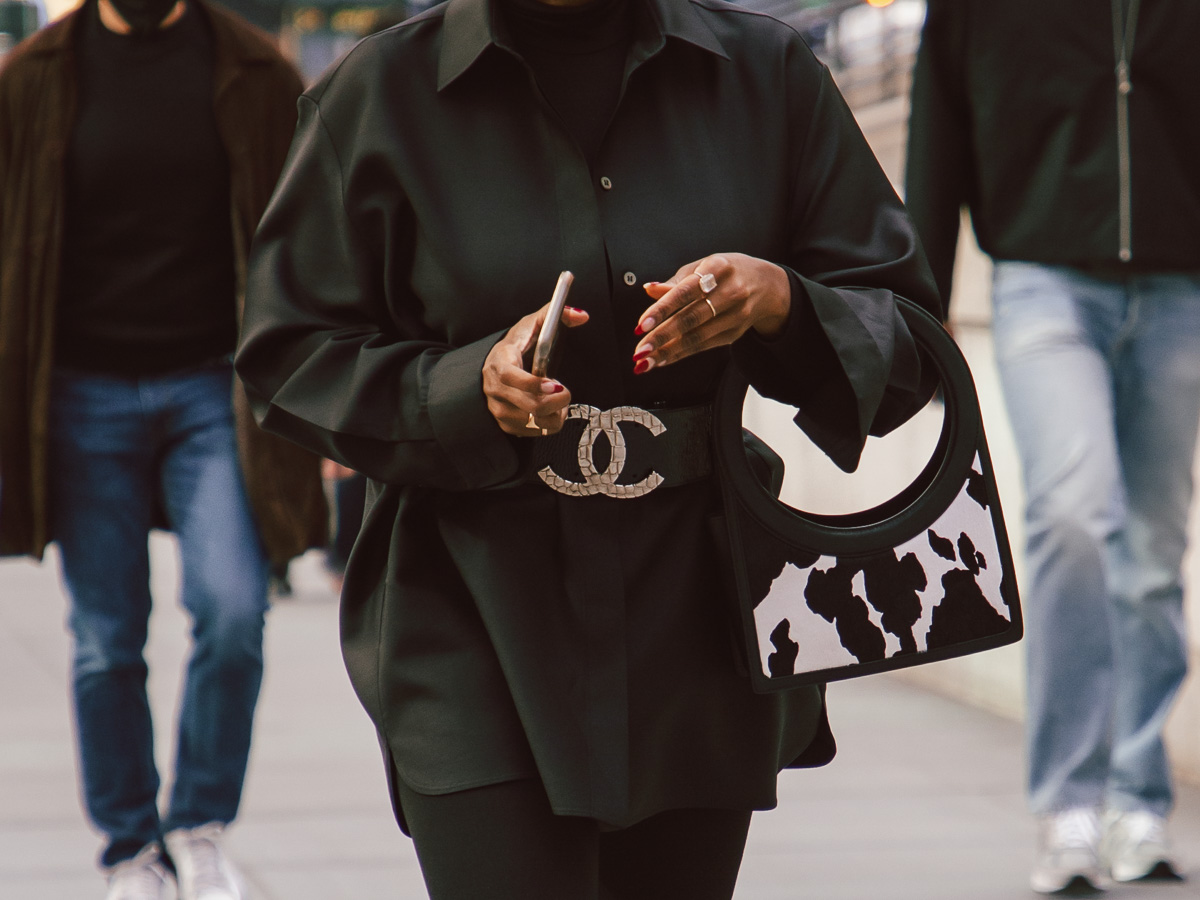 Didn’t every designer brand start off as an indie brand at some point? It’s a question that seems relatively easy to answer. After all, the formal definition of an indie brand is a business that’s independently owned, without receiving any funding from corporate firms or established companies. The term encompasses economic entities involved in many of the arts, from music companies and rock bands to bookstores and more. But as you might guess, our focus here is primarily on indie handbag brands that aren’t driven by profit-conscious luxury conglomerates. From that point of view, it might appear that, yes, most of the luxury brands that we’ve come to love today did start off as an indie brand by definition before becoming prey to a parent company like LVMH, Kering, or Capri Holdings (unless they were brands like Miu Miu, created as a diffusion line of an already established designer brand).

It’s Not As Simple As You Think

If you’re taking that same definition into account though, Hermès, which continues to run as a family business, might qualify as an indie brand too. So would perhaps Chanel, that’s currently under the ownership of the Wertheimer family. This umbrella would also house more contemporary brands like Cult Gaia or Nancy Gonzalez, even though, in reality, their niches within the handbag world couldn’t perhaps have been more diverse. Hermès and Chanel, of course, are premier brands at the apex of the invisible brands’ hierarchy. At the same time, Cult Gaia, with its wooden Ark bags, is not only much more accessible but also provides a completely different aesthetic compared to the two top-tier brands. Nancy Gonzalez similarly occupies an entirely unrelated space within the realm of exotics.

Clearly, something is amiss. And that something is size. One of the defining characteristics of indie brands is that they’re usually relatively small in scale compared to their luxury counterparts – Cult Gaia’s founder, Jasmin Larian Hekmat, for instance, launched her business with a modest sum of $7,000 and a model of creating crowns and turbans made of silk flowers. Mansur Gavriel, similarly, launched its first collection from its owners’ apartments – its two founders being the company’s only employees at the time. And even though they did grow, moving ahead due to the immense consumer response (as both the brands named undoubtedly have), they still largely remain small-to-medium-sized businesses and thus, unmistakably indie.

Even then, the definition of an indie brand remains pretty fluid. Are all contemporary brands indie? Likely not, as many have substantial production capacities. In fact, many previous indie brands may have now grown into just contemporary brands as they increase in size. But the latest question is where indie brands have traditionally remained in relation to the prevailing trends of the fashion industry? Are they followers of styles popularized by the big players, or can they start trends of their own? Let’s dig deeper.

There was a time when being an indie brand meant that its designs were required to be some degree of trendy. The era I’m speaking of, as you might guess, is the 2000s. Very few fashionistas were actually concerned with buying something timeless or investment-worthy, and even the big brands were in a race to create the next era-defining It-bag, which would go on to spawn waitlists in the millions. So it’s only natural that the small new brands that mushroomed all around also tried to cash in on the bandwagon of coming up with the next most-coveted handbag.

But because everybody in the handbag world was so obsessed with redefining a new trend and, often, a completely new aesthetic, no one quite seemed to give much thought to the indie designers of the era, and most of them appeared to be imitating the big names to some degrees. In fact, many have come to think of the indie brands of the era, like Rebecca Minkoff, Botkier, and Kooba, as lower-priced alternatives or lookalikes of Balenciaga, (Yves) Saint Laurent, or Chloé respectively.

Hence, the 2000s was perhaps also a time the hierarchies amongst the fashion set remained rigidly in place: those who bought the more expensive It-bags didn’t usually opt for the smaller indie name. In contrast, those whose choices were more contemporary rarely bought the trendier styles from the premier brands (the timeless styles, though, are a different question altogether, and arguably those who invested in a Chanel Flap circa the 2000s can count themselves among some of the luckiest of handbag-collectors). Very few brands were able to break through this hierarchy; those, like Luella Bartley of the famed Luella Gisele, for instance, required backing from more established houses like Mulberry before launching. 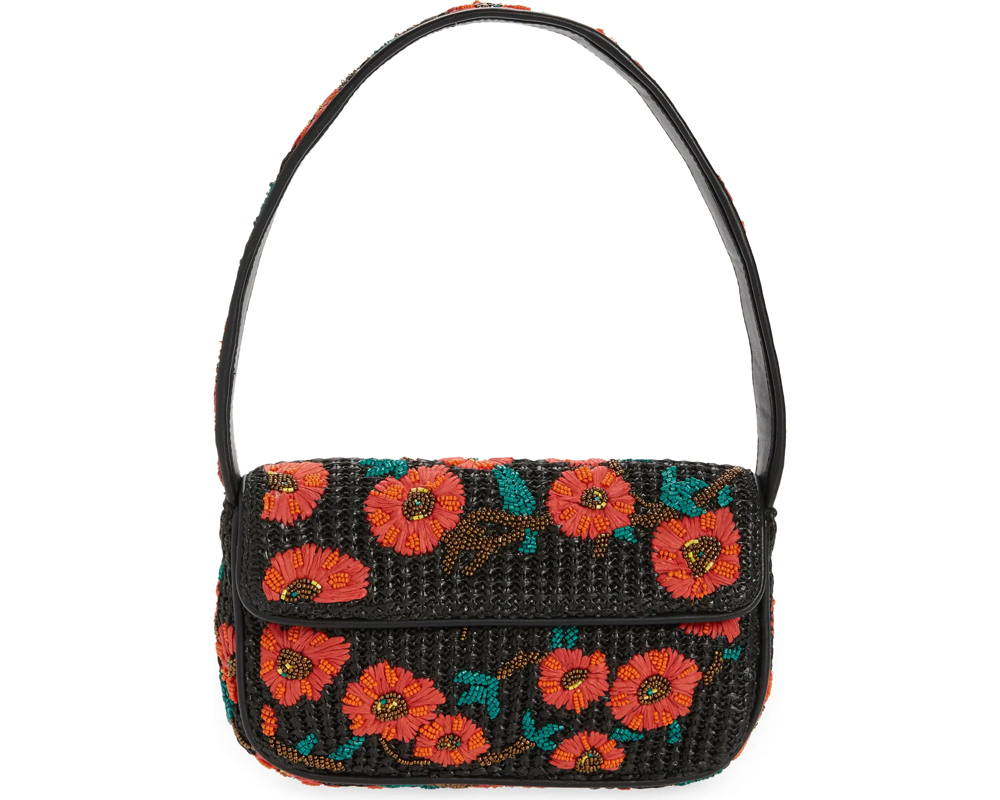 Then the Tides Turned

But then came the recession of 2008, and perhaps everything as we knew it changed forever. People not only wanted purses at lower price points but also bags that were no longer strictly in the trendy category. The purses they now looked for had to double up as work bags, while executing off-duty looks with ease. And that’s where Mansur Gavriel stepped in, dawning a new era in the handbag world where waitlists ran not for the premier names but for contemporary ones. And the reigning styles that came in were simple, minimalistic silhouettes that appealed to users of all ages and income groups. Onwards of 2013, thus, it seemed as if indie brands, which were previously relegated to a position akin to that of contemporary brands/luxury dupes, began to make their presence known amongst fashion’s It-crowd. And this time, they had a tool up their sleeves. Enter Instagram.

The Dominance of Indie Brands

Because of the emergence of Instagram, and certain accounts on the platform that were gaining a large number of followers, the creators of Mansur Gavriel came up with a strategy – why not send a few of their pieces to these popular influencers and reap the benefits of the publicity? In large part, this helped catapult Instagram into becoming an integral part of how the handbag world markets its products.

But because of Instagram and, well, the rising user-base of social media platforms in general, it was also now much easier for indie brands to launch, exist and market themselves to consumers solely through a virtual medium – a tactic that the bigger brands too have caught on to by now.

Now, to answer the question at hand, can indie brands be drivers of trends, or are they simply subscribers? Well, many of the trends of the current day can, in fact, be traced back to these small-scale brands. While Mansur Gavriel, for instance, steered the resurgence of the bucket bag, brands like Rag & Bone have made it a mission to make sustainable fashion more accessible – something that luxury brands are increasingly ascribing to, Burberry being the latest to abolish the use of exotics. By Far, on the other hand, has been pioneering the baguette bag movement back since 2016, and what do you know, it’s one of the hottest trends of 2022! And a host of similarly-positioned brands, like Wandler, Staud, and JW Pei, all have now become highly-discussed names in fashion thanks to the ever-increasing attention towards indie brands.

Another reason why they’re popular? They’re photogenic. Nowadays, besides a bag being functional and good quality, it has another prerequisite – the ability to photograph well. In fact, functionality might just be getting less priority now as our purses become more of a statement about our personalities and objects of our whims. And indie bags, often lower-priced and available in quirky shapes and colors, provide a means of individual expression than a Chanel Flap, that everybody and their grandmas have, often don’t.

The indie brands of today might just be the biggest names in luxury tomorrow, and the potential for growth is often enormous compared to what many saturated luxury brands can achieve. Another great aspect about indie brands is that, since they essentially operate with small batches of products, they have the ability to respond to newer trends much faster. Mulberry, for instance, has come up with its version of the Pillow Bag very recently, even though the trend of pillowy oversized clutches began more than two years ago. But this lag involved in responding to the ever-changing market dynamic is not an issue for smaller brands like Mansur Gavriel or Yuzefi (whose dinner roll bag is actually a very clever, structured take on this trend).

In today’s luxury ecosystem, these indie brands occupy a crucial spot. They rarely get the attention they deserve as instigators of certain trends (did the Jacquemus Mini Bag become popular because it was easier to fit into an Instagram frame? Probably), but their unique designs, shapes, colorways, and aesthetics provide an escape for us from the conventional world of luxury fashion. Plus, the best part is they often retain their individual identity instead of simply having their monogram slapped on a style everybody else is doing. And as we increasingly question the meaning of luxury, this is more often than not something many buyers are sold over!

So, what’s your favorite indie brand?

I find, in my albeit small circles in Europe, fashionable people have always strayed from wearing Chanel flaps and such. Finding interesting pieces either from up and coming artists/indie brands or at least unique or vintage pieces if by the big fashion houses has always been a thing, way before I remember the phrase “indie brand” being popular, and certainly long before Instagram.

not to say people can’t love and enjoy the classics, but if I heard someone say “wow, that lady/gentleman is always so fashionable”, it wasn’t about variations of Birkins and Chanel flaps every day. That person used color well (whether muted and monochrome, or a rainbow of colors), accessorized interestingly and didn’t seem to have walked into a fashion house and said “give me what the mannequin is wearing”.

all that is to say, I don’t think finding indie brands is a new thing, but I do think, like you, that they were way quicker on the social media train than the big brands/houses, and it’s helped them skyrocket sales in many cases.

my favorite “almost indie” brand is Cult Gaia I guess, but I don’t shop enough to distinguish between brands, 1-2 pieces from each.

A very comprehensive insight – thank you so much!
It’s true that indie brands existed before Instagram, but the social media movement gave them an impetus while it was still fresh before basically every other brand hopped on to it.
And I think the appeal of indie brands is that they aren’t immediately recognisable, like “What brand is the person wearing? It’s so stylish” rather than “They’re wearing Hermès/Chanel, and hence they’re stylish,” so the mystery is part of the allure!

Indeed, I completely forgot to mention! The hottest indie brand on TPF!

My favorite is Primo Atelier.
Ultra niche and they do bespoke bags for a fraction of the price too.

They do look very bespoke – I checked them out. And the silhouettes are very masculine/utilitarian too!