This is the purse that got Paris Hilton arrested 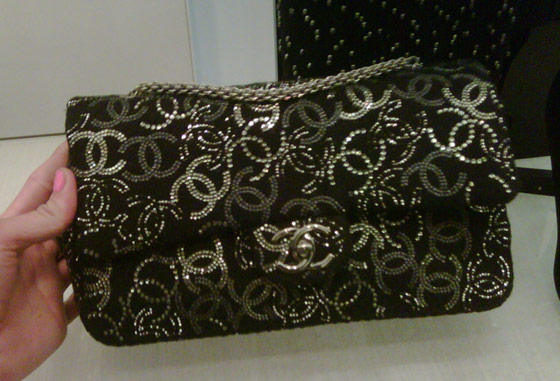 Nothing says “Friday afternoon” like a post about Paris Hilton getting arrested immediately following one about college football (all tangentially purse-related, of course). We hope that all of you are enjoying the day before your long weekend as much as those of us here at PurseBlog are.

As we all know by now, celebutante Paris Hilton got herself arrested in Vegas last weekend for knocking some cocaine out of her purse in front of a cop (allegedly). Most people didn’t wonder what kind of purse she might have been carrying at the time, but I did. And now, thanks to Gawker.com and People magazine, I have my answer – her bag was Chanel. Or her friend’s bag, or whatever.

She claimed that the coke wasn’t hers because the bag wasn’t hers and the friend who had last used it had left it in there, but the purse that appears in her arrest photos also appears on her Twitter feed – as a new purchase that she made back in July. There’s a lesson here: you should keep your new bags off the Internet if you plan to use them in the alleged commission of crimes.

Even the Louis Vuitton Stores in Paris Don't Have the Multi Pochette AccessoiresAn Inside Look at the La Vallée Village Designer Outlets in ParisWhat is Your Purse Pet Peeve?Celebs Bring Balmain, Valentino and Chloé to Paris Fashion Week
Amanda Mull