Saint Laurent Pulls out of Fashion Week, Will Reset Its Fashion Schedule for the Remainder of 2020

Is this the final push fashion needs to clean up its environmentally toxic act?
By Kaitlin Serio •  Apr 29, 2020
0 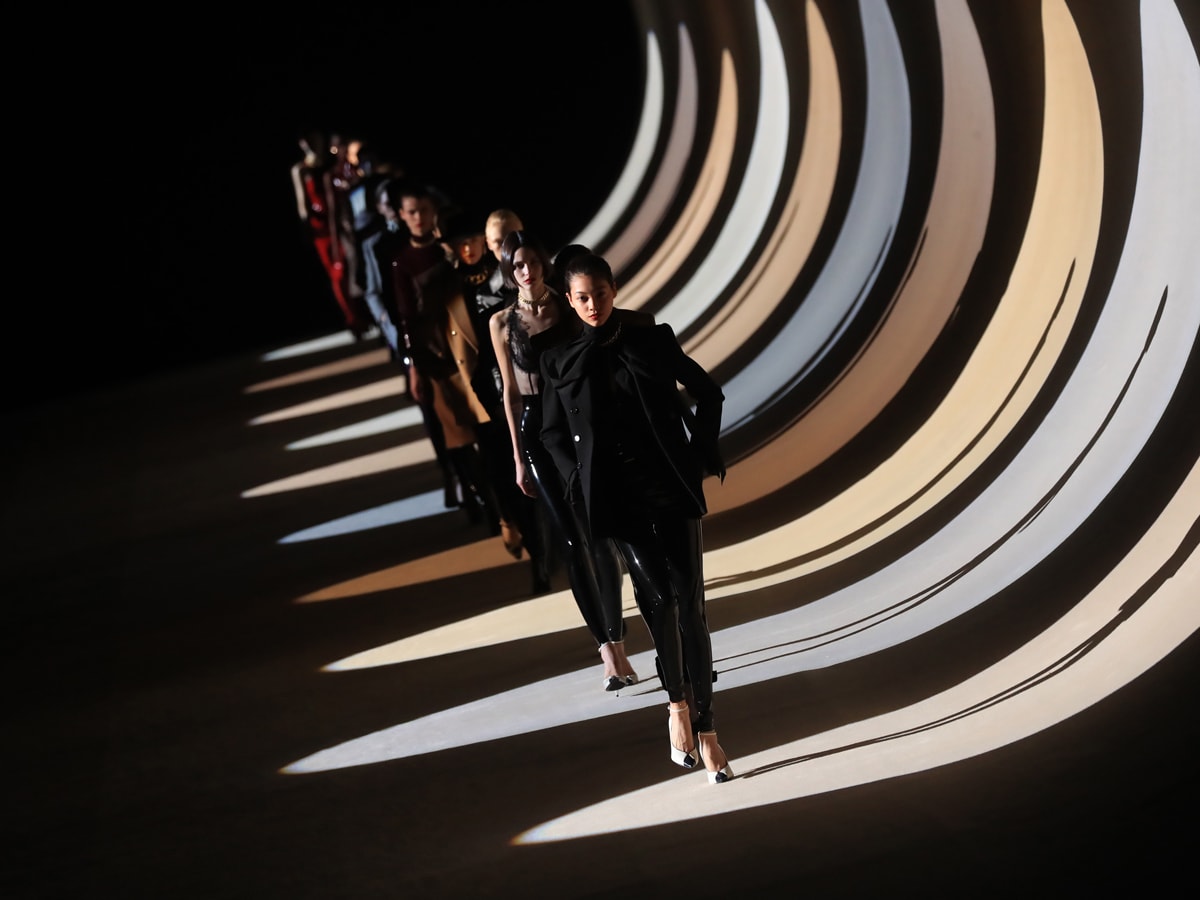 The ever-changing stay-at-home orders coupled with the current economic climate have forced rapid change on the fashion industry. Consumer wants and needs during this time have shifted dramatically, and brands have been forced to re-evaluate how they communicate with consumers. The current crisis has forced many brands to implement drastic changes very quickly, which has resulted in store closures and reduced sales, among other obstacles.

The luxury fashion world specifically has been forced to look at its business models and evaluate if and where changes are needed. The fashion calendar operates with a significant lead time, and though see-now, buy-now initiatives have been adopted by some retailers, most brands show product that won’t reach consumers until 6 months down the line. Despite the small changes that have occurred in the industry, fashion week is still a huge production, but now COVID-19 has forced some brands to reassess the idea of the fashion show.

Saint Laurent announced earlier this week that it would not present any of its collections following the traditional fashion calendar for the remainder of the year. The brand made the announcement on its social media channels, stating that the decision to reshape its schedule was a conscious choice made with the current circumstances in mind. Vogue reported that creative director Anthony Vaccarello and CEO Francesca Bellettini intend to reshape the pace of its schedule and lead by its own pulse.

Saint Laurent is the first major brand to announce its decision to pull out of the official fashion schedule due to the global pandemic. Though this seems like a radical decision, it is a pivotal point for the industry, which as a whole is rapidly changing, and rightfully so. On Instagram, the brand spoke of these radical changes and expressed a desire to reconnect to people around the globe. Saint Laurent has yet to announce its new calendar, but expressed that it will be a well strategized plan driven by perspective and creativity.

This new announcement begs the question: when and which other brands will take ownership of the timelines of their collections? While for a long time fashion week hasn’t been what it once was, this move has the potential to drastically change the scope of luxury fashion for good. One could argue that this is the final push that fashion needs to get its act together and do away with global events that are extremely energy consuming and wasteful. The New York Times reported on the issue earlier this year, stating that CO2 emissions for global fashions weeks in a four month period are equivalent to that of a small country.

With the state of the world being as it is, fashion brands are going to have no choice but to rethink their strategies overall, and that includes fashion week. Additionally, at a time when fashion is more digital than ever, it should be a priority for designers to implement more digital showing strategies. But what would fashion shows look like without a live audience, and how would it work? With Saint Laurent being the first designer brand to take back its showing calendar, it is only a matter of time before other brands follow suit. Times are changing and fashion will have to as well.