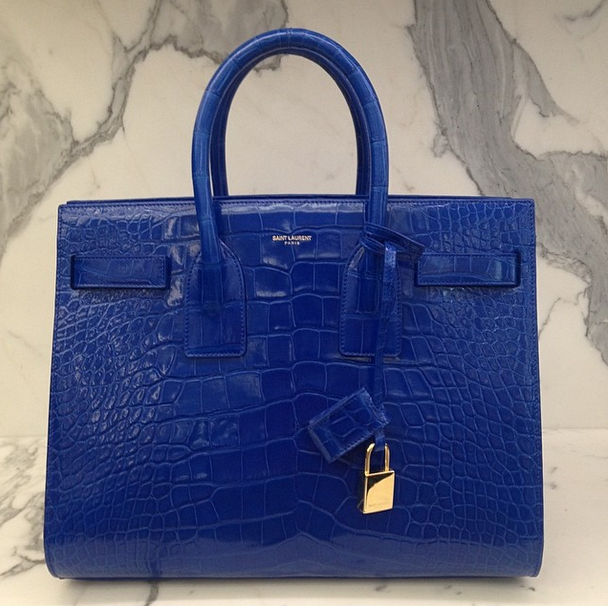 Late last week, word broken that more than $100,000 worth of clothing, shoes, handbags and accessories had been swiped from Saint Laurent’s Chicago boutique in a brazen smash-and-grab robbery in the middle of the night, and now we’ve received an interesting note from a tipster: a Saint Laurent Crocodile Sac de Jour Bag, priced at over $29,000, was among the loot missing from the store when the cops arrived.

Several stories from the Chicago local news allude to a one-of-a-kind handbag among the stolen goods, and for a brand like Saint Laurent, “one-of-a-kind” all but assures you that the piece is made out of some kind of exotic material. Our tipster, who works nearby, told us that the bag is a croc Sac de Jour, and indeed, one such bag can be found on Instagram under the hashtag #saintlaurentchicago, captured by user jacobjlahr. A brand’s largest flagship boutiques usually have a couple special products to tempt their highest-value customers and dazzle all the others, and this bag was likely among them.

There’s no word yet on possible suspects for the robbery, but it’s part of what appears to be a rising tide of crime at luxury boutiques, which house plenty of high-dollar merchandise that’s easy to resell and often lack more than cursory security measures. At this point, the only real question is where thieves will strike next.

If you’d like to acquire some Saint Laurent without threat of a jail sentence, we’d recommend MATCHESFASHION.COM.