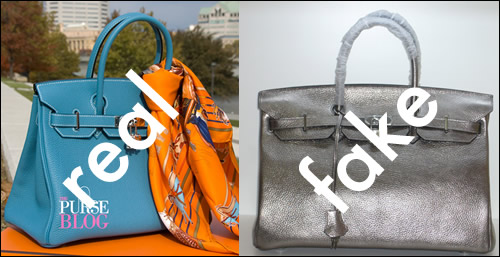 eBay thought they were running the perfect platform, holding the buyer and seller responsible for deals not themselves. Problem is a French court ruled differently in favor of Hermes in an eBay counterfeit case. With this ruling, the online marketplace can slowly be changing before our faces. While this exact case only involves 20,000 euros ($31,439.30), there are many suits said to follow against eBay. This leaves you wondering what may happen to the eBay giant that has become a staple of our society? Of course there has to be rules, but should eBay be held responsible for every single transaction on their site? This should and will get interesting, we would love to hear your thoughts.

Read the entire article at Forbes.

Online auction house eBay is simply a host for transactions between buyers and sellers, not liable for any dodgy dealings that go on, right? Wrong.

On June 4, a French court ruled against eBay (nasdaq: EBAY – news – people ) in a case brought against it by French ultra-chic luxury retailer HermÃ¨s over the sale of three HermÃ¨s bags, including two fakes, for a total of 3,000 euros ($4,715.50). I

It’s not so much the size of the fine that’s likely to be keeping eBay executives awake at night: 20,000 euros ($31,439.30) is relatively small change for a company the market values at $38.5 billion. Rather, it’s the precedent that the ruling by the court in Troyes sets, as it could apply to cases that might cost eBay a lot more and force it to rethink its entire selling strategy.

This is good news. eBay seems to be doing very well collecting fees and such on transaction but has not shouldered part of the risk relative to counterfeit sales.

Likewise this ruling may set a precedent to all those hosting online auction/market sales.

It’s about time! I always felt that Ebay was very slow to respond to reports on counterfeit handbag listings. It will be interesting to see what changes will be made.

Having been scammed twice on Ebay (I’ve been using it for about 6 or 7 years), I am super careful, like I’m sure you are as well. But I think that Ebay has not done a great job of handling fakes or hit and run type sellers. Just recently, I accidentally stumbled into a hit and run seller. Even when you think you are pretty good at avoiding it, it can happen even to the most experienced user. But when I have attempted to file a complaint, it is nearly impossible because the seller has left. How frustrating! Thanks so much for putting this article on your blog!

I actually have never used eBay. I was never a fan and never trusted that I was fully protected. I know tons of people that have used it and had great experiences, but the few negative ones seem to outweigh the positive for me.

i think that it would be good if they make changes on the listing of stuff i dont think they would take it out, cuz its actually a good place to find rare stuff and to make business for some people but i really think tha if they change policies of listing would be a good deal 😉

i think that it would be good if they make changes on the listing of stuff i dont think they would take it out, cuz its actually a good place to find rare stuff and to make business for some people but i really think tha if they change policies of listing would be a good dea.

I think this is a step in the right direction – finally someone is holding ebay accountable for permitting theifs and scam artists to use their business to commit fraud. I do wish the fine had been larger, alas, baby steps.

I have never used ebay and have not current plans. If I buy stuff I like to see it in person. 😆

THANK GOODNESS…. I’m an LV lover and definitely do NOT support fakeys!! I’ve bought a couple LV things on eBay before (authenticated it here first of course heh) and was fine, but Im sooo paranoid of the fakes out there! ESPECIALLY on eBay. I HATE it when I see a limited bag that I got or accessories I got and they’re selling fakes.. i usually report the item if i know its fake muahahaha 😈
But yeah… it would be a lot better if the designer stuff could only be bought at the stores itself. Right!?

i have been had by ebay twice and I hope they really do something about the counterfeits. its getting out of hand

Some people regardless of financial status seek
to buy bags from resellers and what-not. We need
to be assured that what we buy is the legitimate
article. These bags are an investment, so I’m glad
there are steps being taken in the matter.

p.s. We do have a great Hermes subforum here where
you can find out if the bag you want and the vendor
you want to buy it from is authentic. I appreciate that.

good.the most of the birkins items on ebay are not protected.i will never buy one from ebay.no matter how much money i have,i rather wait.

I am glad about this ruling because my husband bought a “Cartier” watch on e-bay a couple of years ago. It came with a Cartier box, booklet and everything. When he took it to Cartier in NYC to have an adjustment made, they broke the news to him that it was a fake. Of course, they would not reveal what it was that gave it away. We never did get our money back. Ebay kicked the seller off, but the cynic in me says that the seller probably got right back on under a different identity. The watch just sits in the back of a drawer now, unworn and we’ve never bought an expensive item from ebay since – nor will we despite this ruling. Still, it’s an improvement and I hope it will lead to buyer-protection rules and laws.

so nice to know much here

Hurrah for Hermes and poo on eBay! I sincerely hope every brand takes up this issue with eBay!

[â€¦] found the concept truly promising – and based on our survey, quite a many of you liked it too. At the end of the day, however, it was decided that we will not [â€¦]

If I cannot afford the original bag I simply will not buy it. Getting conned by buying a second hand or fake bag over Ebay or anyone is just like being mugged and beat up. You feel so violated. So I have never used ebay or gotten one second hand unless it was a gift.

I have a 30cm Orange Birkin that I want to sell, and I am trying to avoid eBay as I will be competing with fakes… anyone got any advice for me? Are there any Birkin re-sellers out there? I am based in London.