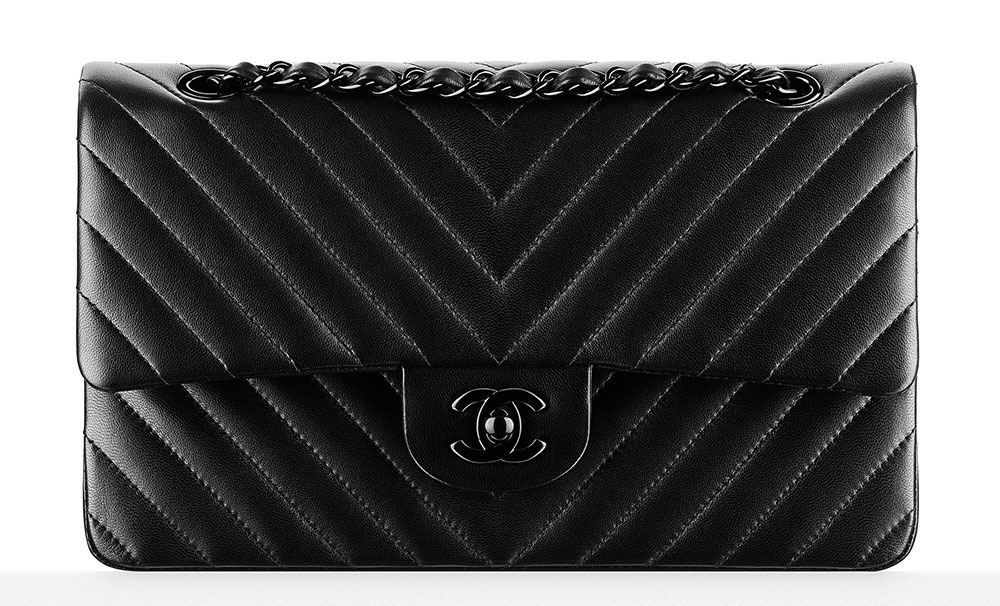 If you noticed that Chanel took its handbag prices off its website earlier this week, we now know why: yesterday, Women’s Wear Daily reported that the brand will begin “harmonizing” its global prices on April 8. That means some markets will see significant increases in handbag prices, while others will see big drops.

For shoppers in the US, the impact of the policy change will be somewhat subdued, but those who frequently buy in Europe and Asia are probably already aware of the issue Chanel’s trying to resolve with its new policy. Because of currency fluctuations shown on the trading software test and the decreasing power of the euro, a Chanel bag bought in France can cost as little as half of what it costs in China.

Naturally, that leads to enterprising resellers who scoop up as many bags as they can in the European market to sell in Asian countries, where prices are steep. The reseller charges a bit of a markup and makes a profit, the buyer saves some money and still gets the bag and, ultimately, Chanel loses control of its supply chain and all the valuable market data that goes with it. It also muddies the waters when consumers are trying to sort out what’s real and what’s counterfeit.

The first three pieces of Chanel inventory to get this treatment are three popular handbags: the Boy Bag, 11.12 Flap Bag and Classic Flap Bag. According to WWD, the price of Boy (the size isn’t stipulated) in Europe will rise from €3,100 to €3,720, while in China, it will fall from ¥32,700 to ¥26,000. For the 11.12, the European prices will rise from €3,550 to €4,260 and the Chinese prices will fall from ¥38,200 to ¥30,000. Even if you’re not familiar with the exchange rates, you can tell these are large changes–the Boy Bag will increase by almost $650 in Europe, which is a far larger increase on a $3,300 bag than the usual 10%. The changes for the Classic Flap weren’t released, but because the previous prices were the same for it and the new 11.12 bags, shoppers can likely expect similar prices in the new structure.

As previously mentioned, American shoppers don’t have quite as much to worry about; Chanel says that prices in the US, Canada and Japan are already pretty well aligned, so changes will be much more subtle than they will be in Europe and the rest of Asia. When we have information on what the changes will be and when they’ll take effect, we’ll pass it on to you.

There’s another element to this story that goes beyond in-boutique sales, though. The Chanel representative who spoke with WWD indicated that these changes were “about the future” of the brand, and, when pressed, admitted that wouldn’t just be in brick-and-mortar stores. There’s no date for when Chanel will embrace e-commerce for its bags, of course, but keeping prices roughly equal (the goal is to vary less than 10%) across global markets is an enormous step toward making online sales possible.

Damn Amanda, you’re a skilled writer! Now, to the crux of the matter, how did I know that Europe was going to get the “increase” in this harmonization exercise! and I imagine London is going to be badly hit. Oh well, I’ m really glad I shelled out for my jumbo classic flap last year, it was deathly expensive at 3,425 pounds but I love the bag to death and I use it very often. I want a Boy bag badly but the current prices are bad enough, now with an increase, I might as well forget it. Currently looking at the Valentino rockstud shoulder bag to help fill the void temporarily.

Thank you very much!

I imagine that the price changes will drive away a lot of European customers for whom the bags were something to save up for to begin with. Chanel seems willing to lose those customers, though; otherwise, it could have just reduced prices on the Asian side and probably disincentivized a lot of resellers whose margins would be slimmer.

Yesterday, I read on a German blog that Chanel will increase their Euro Prices by 30% which is really insane. A Classic Flap Jumbo would then rise from Euro 3.950 to Euro 5.135. I still hope that it will not come true and that the increase will be lower, because I would be totally out of the game with these prices. Don’t get me wrong, I love handbags and I spend a lot of money on them, however as I have a normal job I have to save a long time for a Chanel bag A Boy Bag would have been a dream – I fear it will remain one and it really makes me sad.

While I see why they are doing it, from a ForEx point of view, it’s still a bit of a head-scratcher for me. The bags are produced in Euro-denominated countries (Italy, France) and labor costs, the majority of the cost of the product (the exception would be exotic skins), would not have risen. Yet they are still increasing the price of the product. It’s a double whammy for the European consumer, too. Not only is their money worth less elsewhere when they travel, they also now have to shell out more to buy goods locally. I suppose they don’t care about the European consumer as much as they do the Chinese ones for the time being.

0
Reply
Jal B
Reply to  Katrina

Middle/upper income Chinese consumers will shop abroad regardless of price. Status and prestige are essential feats and buying lizard skin Birkin bags in Barcelona fits the bill. This is simply a price increase that will extract more from growing hoards of Chinese buyers abroad whilst tapping more aspirational Chinese consumers in second/third tier cities at home who can’t afford to travel.

Karl’s designs keep getting wilder/exorbitantly different each season as a means of upholding “exclusivity”. It’s ironic cause the shier number of Chanel bags entering the market is surging but no one’s running into each other with the same designs. The amount of bags the house pumps out every season is border line nuts and a plethora larger than all other luxury brands.

I agree; what you said was also my first thought. I might be wrong but I always had this impression that items are more expensive in the other countries because of shipping, customs duties, & other fees that aren’t a problem when the product is sold locally.

9 Reasons to Use Coconut Oil Daily

(3 of these are shocking)

Plus, Four “Common Yet Dangerous” Oils You Should Never

Eat… If You Want to Heal, Beautify and Restore Your Body! Just open & see

Wow, chanel just keeps getting greedy. So the prices of their bags are now subject to exchange rates? What happens tomorrow when the euro strengthens and dollar goes down, will they reduce prices? I always wanted a chanel bag but at this rate, I will look into alternatives. The chanel bag craze kinda reminds me of the tulip craze in the 16th/17th century. Is a bag really worth that much?

James . true that Troy `s story is nice, last monday I got a top of the range Smart ForTwo after having made $7923 this past 4 weeks and even more than ten-grand this past-month . no-doubt about it, this really is my favourite-work I have ever done . I started this 4 months ago and straight away began to bring home more than $82 p/h . see here Get home jobs

I absolutely called this one. We live in Europe for now, and I was like, honey, we need to buy a lot of Chanel now because if you look at it in USD, it’s so cheap! 🙂

Bag Monopoly! Its getting to the point that all luxury brands will be exorbitant. Oh well. Time to hit the vintage shops.

Do you know when the price increase will happen? Thank you.

It’s completely outrageous, what chanel’ trying to do. Does anyone know how this will affect Australia?

We are already very expensive but lots of Asian customers shop here so who knows? Fingers crossed they keep our overly-inflated prices in mind ????

Time for a Chanel boycott anyone?!!!