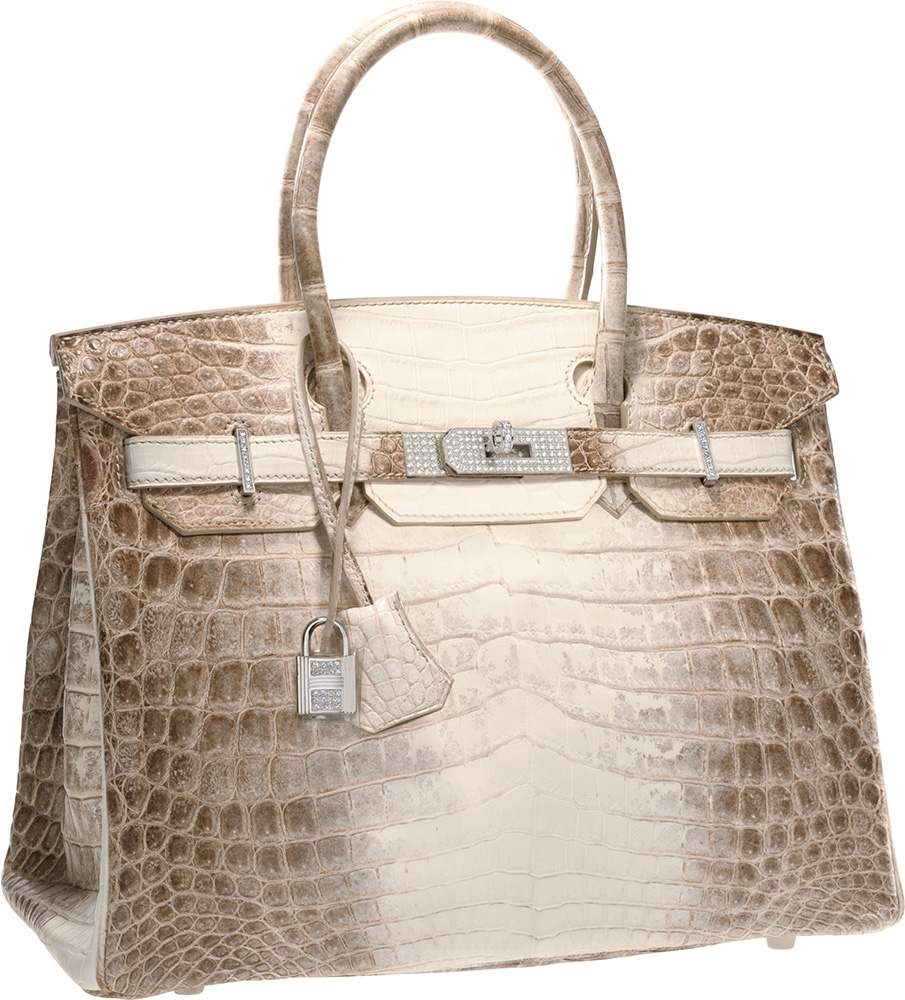 Not long ago, we brought you the tale of one very rare bag: the Hermès Himalayan Crocodile Birkin above, complete with pavé diamond hardware. The bag, arguably the most sought-after in the world, was about to be sold at Heritage Auctions in Beverly Hills, and some speculated that it might break price records. It didn’t quite make it that high, but it did sell for more than a respectable family home does in many perfectly lovely areas of our fine country.

The record-holder that the Himalayan bag needed to beat was that of another diamond-encrusted crocodile Birkin sold by Heritage, that one in glossy red. It sold for over $200,000, and I still can’t figure out exactly why; it’s a beautiful bag, for sure, but it’s not one that’s known to be rarer than any other exotic, diamond-encrusted Birkin. Perhaps the wife of an oil baron just particularly liked the color.

At any rate, the person who snapped up this Himalayan can count themselves lucky; Hermès has no plans to make additional Himalayan bags available and they’re considered extremely desirable to ultra-rich bag collectors, so snagging one at any price is something of a coup.