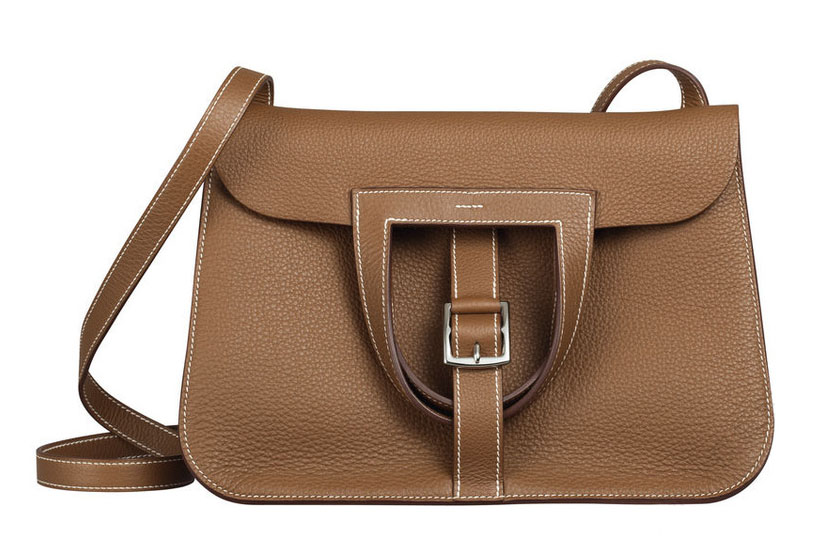 Hermès is a brand with much of its appeal based on its heritage. No one expects it to innovate; instead, dedicated customers want Hermès to keep doing the things its always done in exactly the ways that the brand has always done them. Although the brand sometimes rereleases bags from the archives, it's somewhat rare that a new Hermès bag makes landfall, which is why we took particular note when we found the Hermès Halzan Bag, which is brand new for Fall 2014 and in stores now.

The Hazlan debuted on the Fall 2014 runway, and its selling point is that it can be worn four ways--as a shoulder bag, a crossbody, a north-south tote or a clutch. Such a structurally versatile bag is a particularly modern endeavor for Hermès, and and the result is surprisingly simple and discreet. When worn as a shoulder bag or crossbody (which is how I expect most people to carry it), there's not even any exterior branding.

Official details on the Hazlan are few and far between, but here's what I've gleaned from searching the Hermès section of our PurseForum: The bag is made of soft, durable clemence leather with Palladium hardware, and it comes in several popular Hermès shades, including gold, blanc, bleu saphir, etoupe, rouge H, rouge casaque, etain and black.

In the US, the Halzan retails for $5,000, while it will go for 3300 euros on the European market. There's some indication that it will be sold on Hermes.com in the near future (and it would be in line with the kinds of bags the brand sells online - functional leather basics at the lower end of its handbag price continuum), but for now, you'll have to pick one up in stores if you're interested.

For reference, I've included some detail photos of the bag from PurseForum member jyyanks--this is her brand new Halzan in rouge casaque. 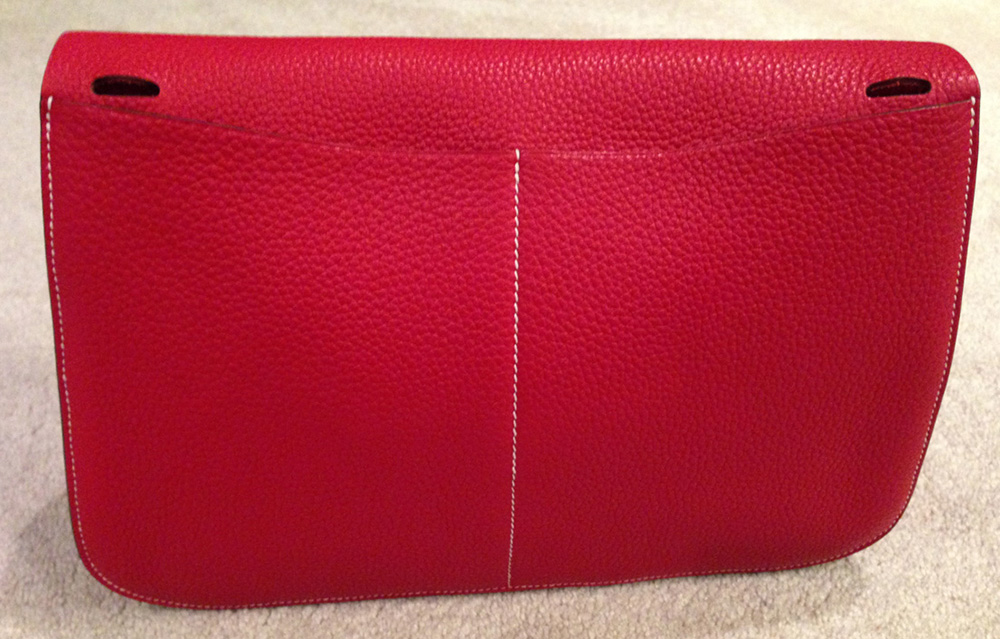 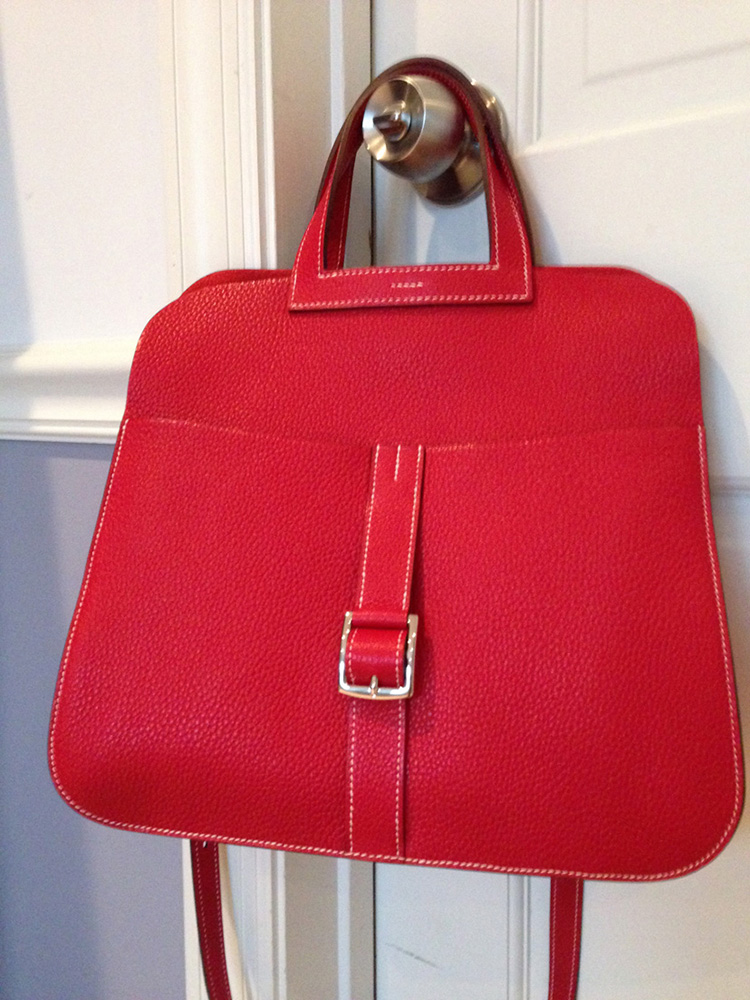 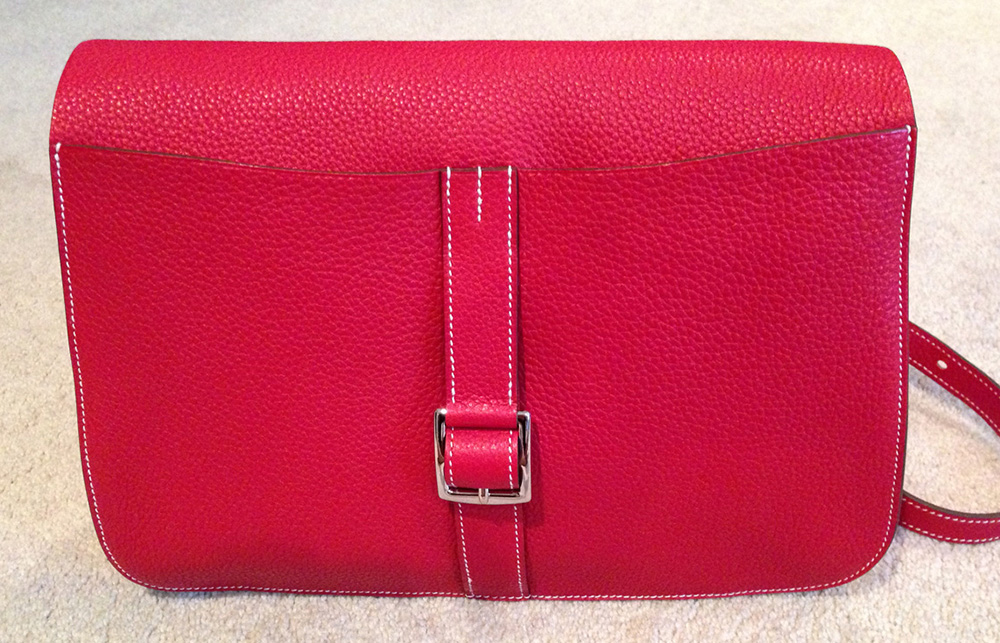 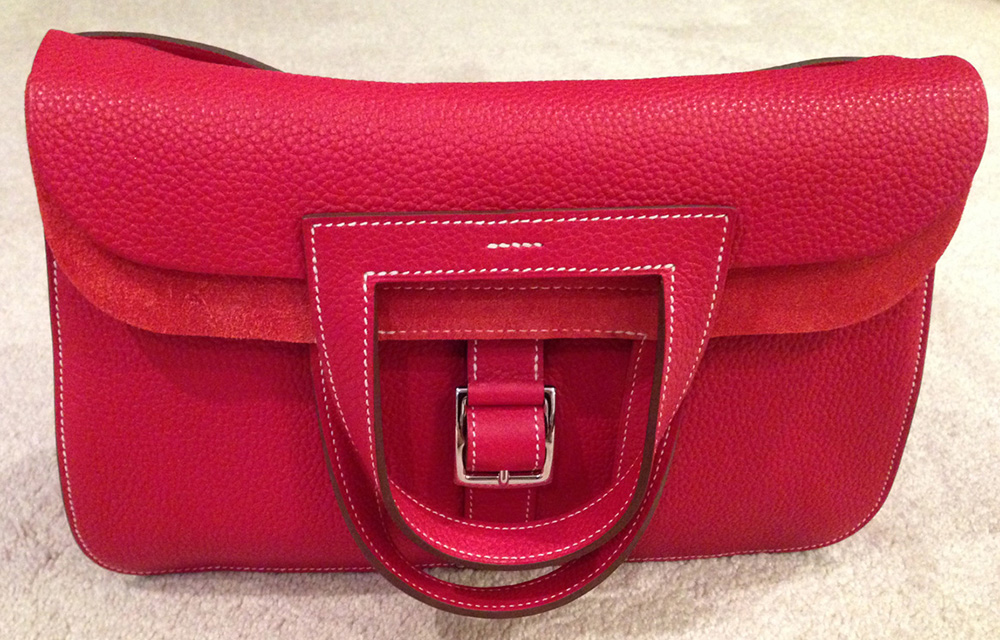