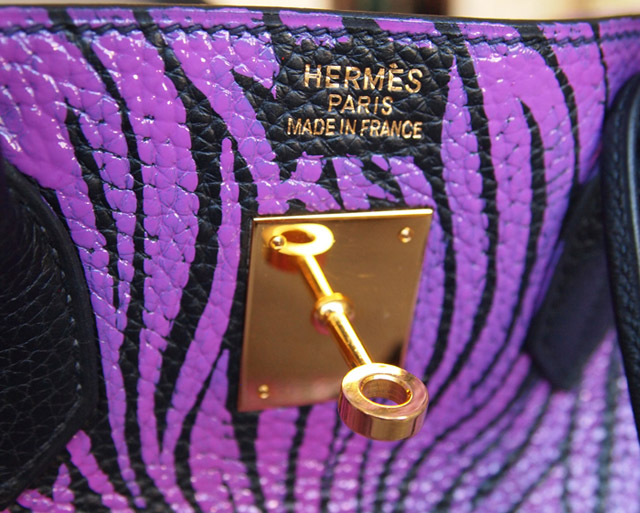 Just when you thought that the one-of-a-kind, graffiti-clad Hermes Kelly Bag was the pièce de résistance of the Moda Operandi bunk boutique, the retailer has added a late contender to the game: this (also one-of-a-kind, also graffiti-clad) Hermes Birkin Bag, customized just for Moda by artist Travis W. Simon. When you see the finished product (after the jump), you won’t believe that the bag started out as a standard black Birkin from Heritage Auctions. 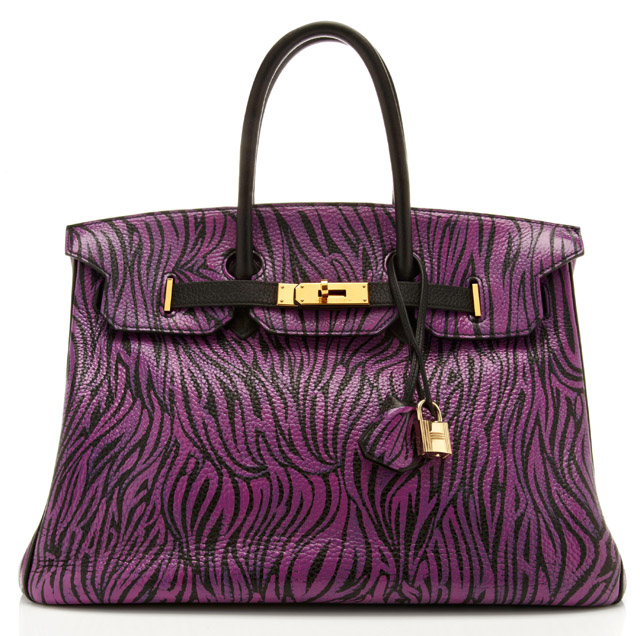 We know that many Hermes fans are upset when they see one of the brand’s bags “defaced,” but if there were every a situation in which the modifications were more than for simple shock value, it’s this one. Simon is known primarily for his hand-lettered, hand-painted signs, which often harken back to the days when large-scale printing wasn’t available to small business owners, so they hired painters to get the job done. Simon brought that fine attention to detail (seriously, you have to have a steady hand for lettering) to this Birkin, and if you look closely, you’ll be amazed at how cleanly the design lines up as it transitions from one part of the bag to another. Look closely again, and the swirl pattern forms subtle lettering; from the photos on Simon’s website, I can see “rebel” on the back of the bag and “anarchy” and “revolution” on the front. This bag might be the most beautiful, luxurious word search in history.

Someone already snapped up this unique beauty, but it originally retailed for $29,000 via Moda Operandi.

This is amazing. LOVE the hidden words. This is a very special piece. Well done!

Whoa. I’m not normally a Hermes fan, but this one I love. Absolutely gorgeous. Nice work to the artist.

This is insanely gorgeous

I just received my Birkin that I sent to Travis…. LOVE IT!!! You can take a look at my Instagram Video I just uploaded there “fortuneattie”

CHECK OUT http://WWW.YEARZEROLONDON.COM They are the pioneers of painting Luxury bags