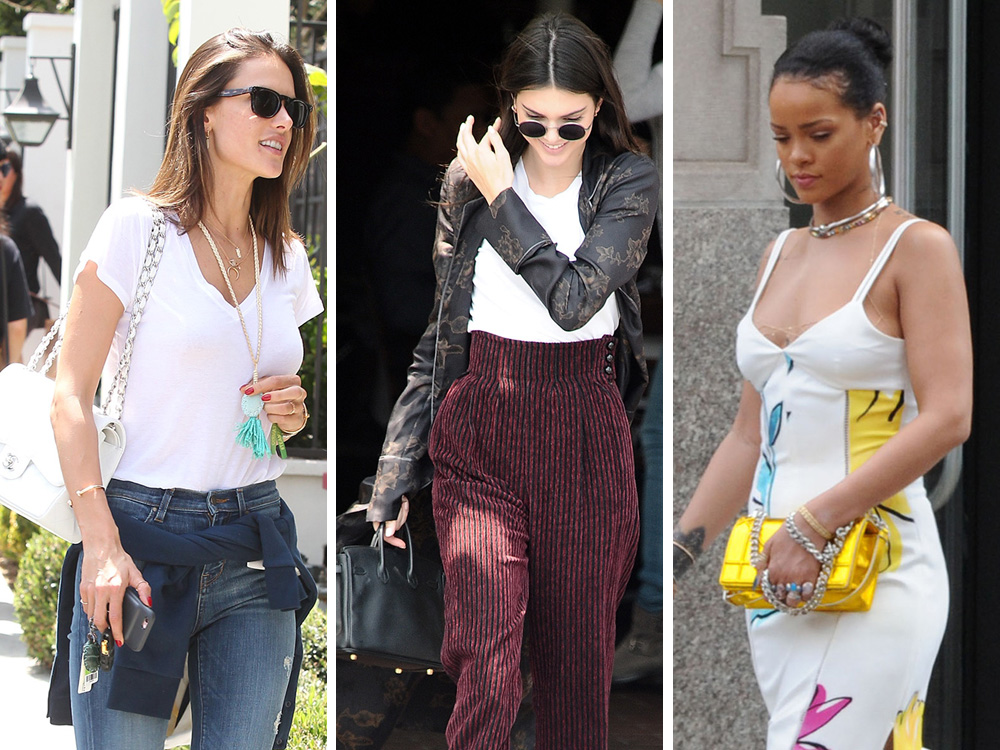 When you look at celebrity snapshots as often as I do, you sometimes get the impression that you're doing something wrong. You could be brunching better. You could experiment a lot more with your fashion choices. And we all know you could be way, way more photogenic. At the very least, you could be noshing on sushi right now at a Benihana with all of your besties, just like Blac Chyna. Wouldn't that be nice? Wouldn't that be preferable to whatever you're doing right now? I thought so. ANYWAY, celebs were obviously #thriving last week, and they were carrying some fab designer handbags while doing so.

Alessandra Ambrosio was recently photographed heading to lunch at Gracias Madre in LA with a bright white Chanel Classic Flap. She's back from the Louis Vuitton Resort 2017 show in Brazil, and she seems to be taking a small break from her uber trendy Chloè/Versace/Tod's bags for a hot minute. 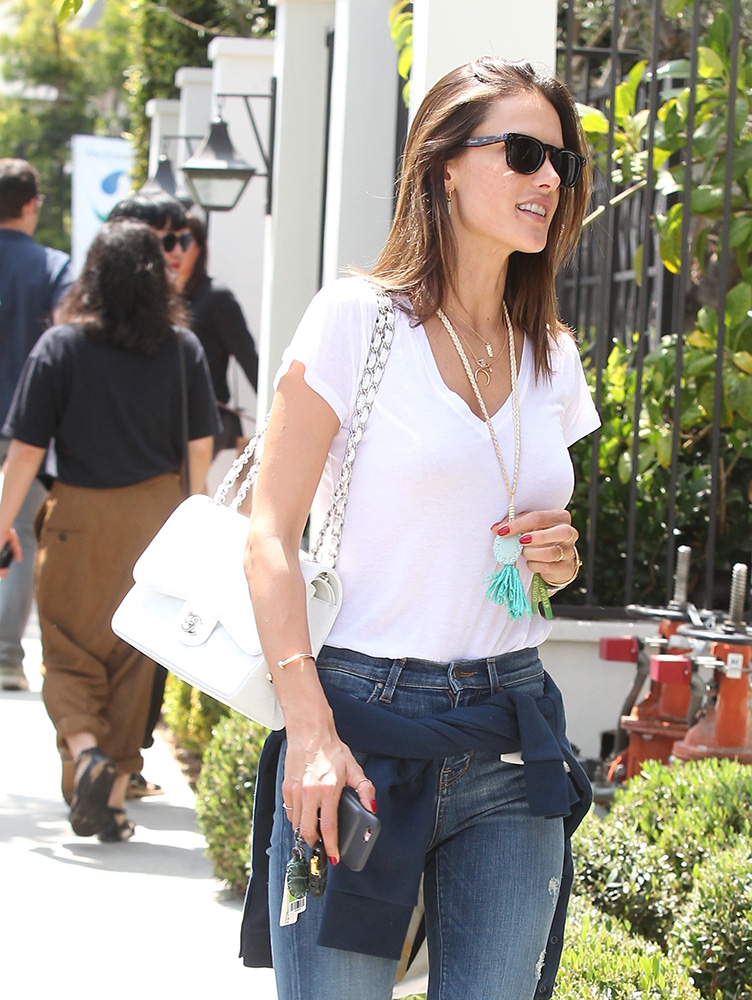 Here's Blac Chyna, grabbing some sushi with friends and a little Balenciaga at Benihana. Way to work yourself into the Kardashian franchise, Angela! We look forward to ogling your designer handbags for years to come. 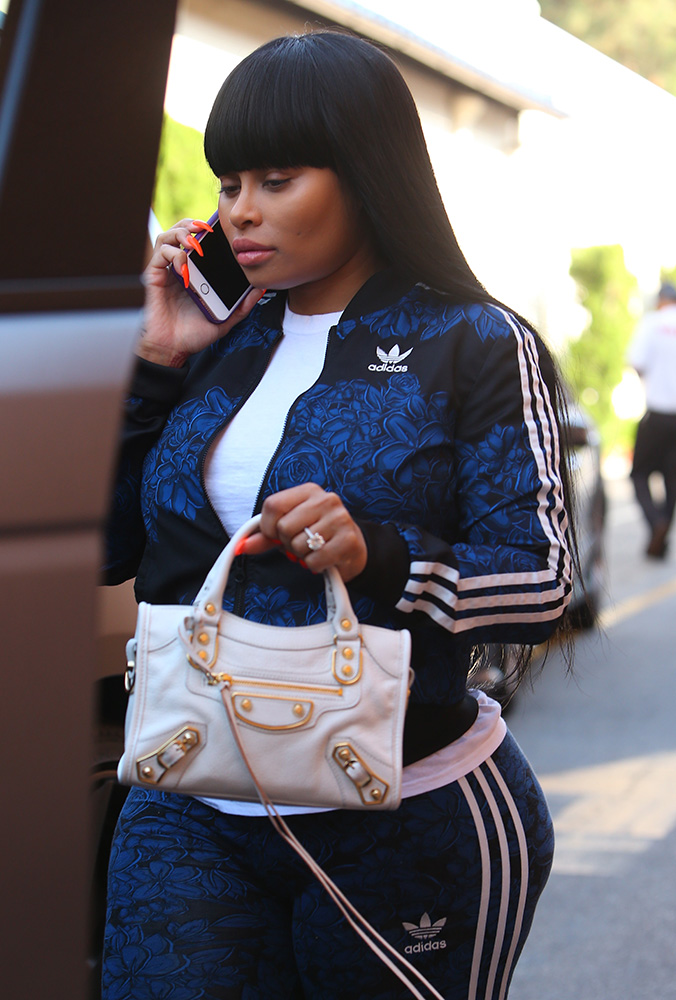 Here's original Charlie's Angel Jaclyn Smith, out and about in NYC with a lovely fuchsia Hermès Kelly Bag. I have always contended that double denim is the uniform of warriors. 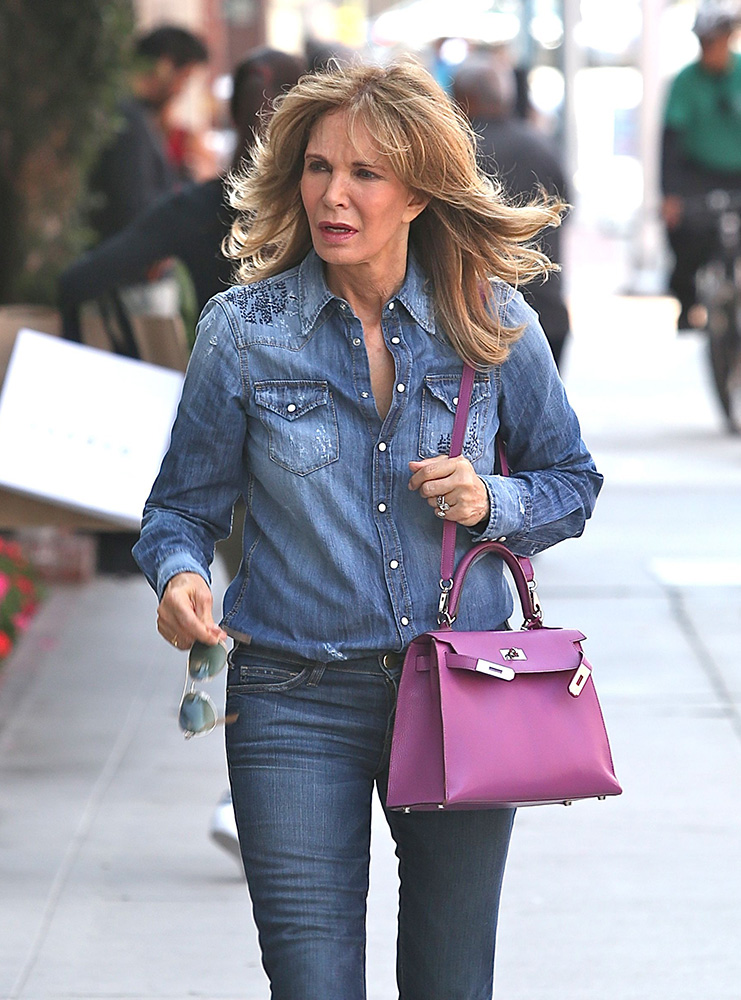 Kendall Jenner was recently spotted shopping at Fred Segal with BFF Gigi Hadid. She's carrying a tiny black Birkin, of course, but let's talk about those velvet pants. And that coat. Isn't it like a million degrees in LA already? This isn't a great time for casual trenches to be on-trend. 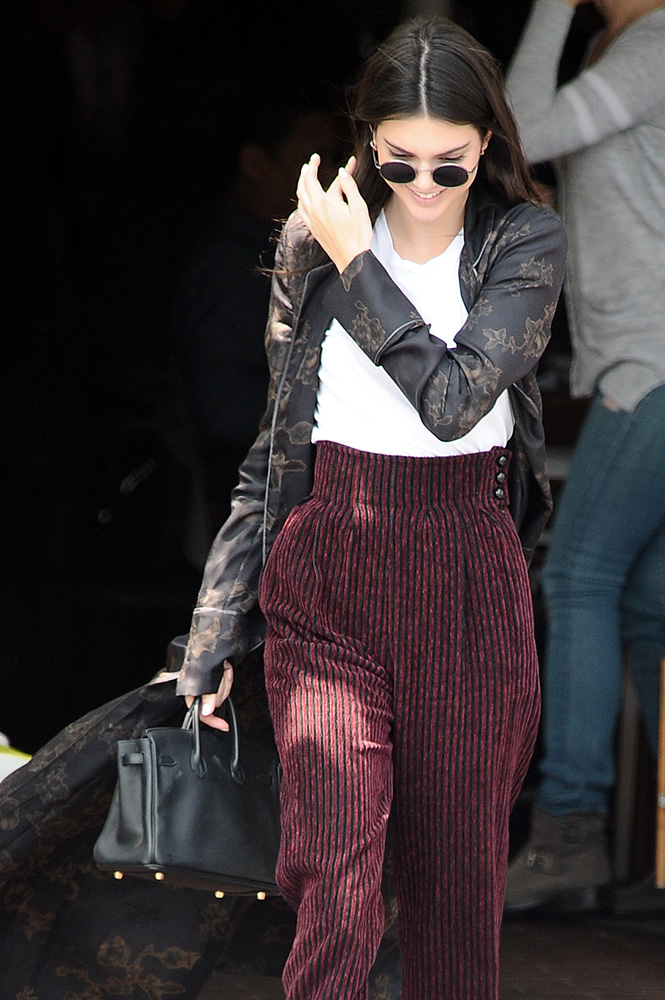 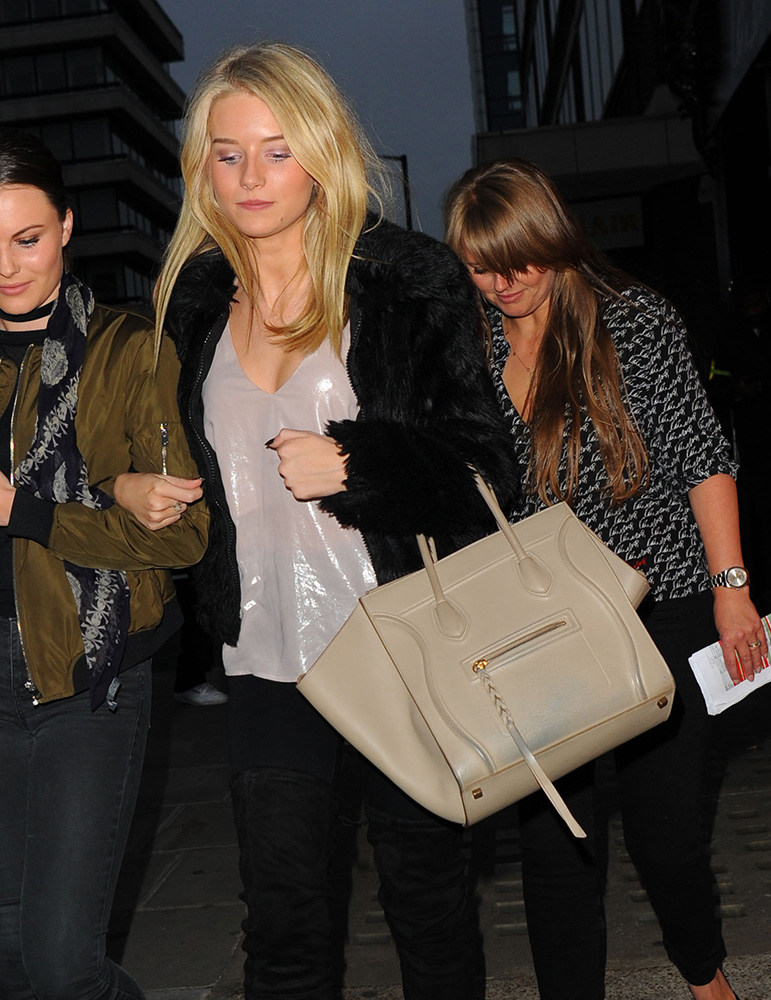 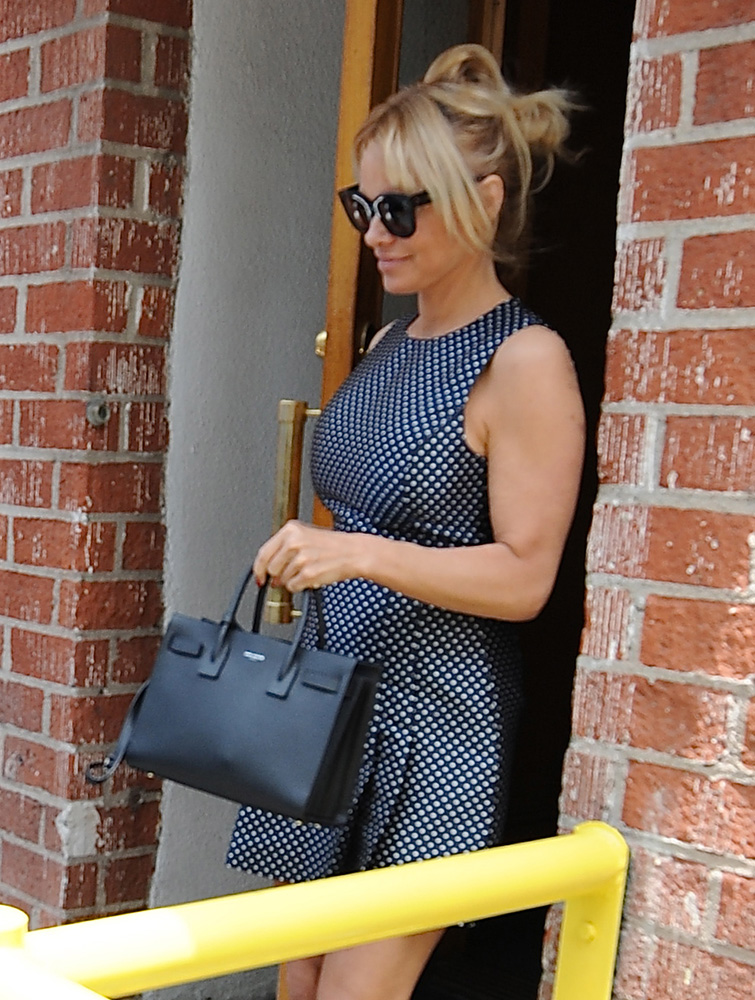 Here's Paris Hilton, ensuring the paps get a good shot as she ascends the escalator at LAX with a black patent leather Chanel Classic Flap. Never change, Paris. Never change. 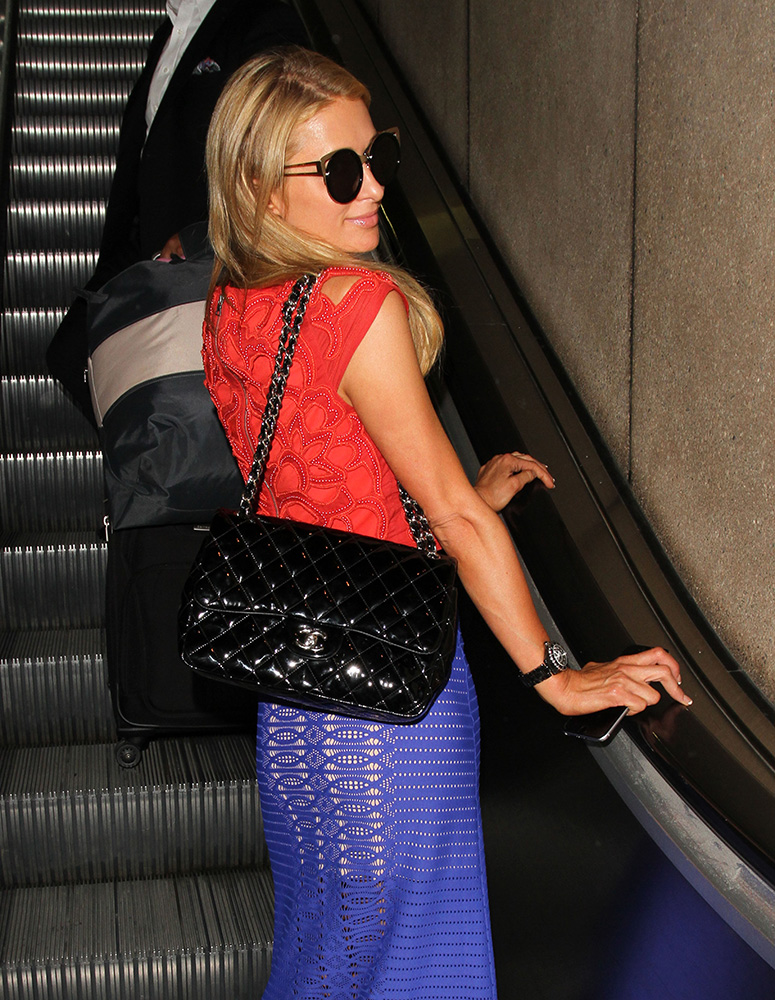 And because we know you like to start your week with a little Rihanna, here she is, out and about in NYC with yet another Dior Diorama. Ri-Ri has really been favoring her metallic Dior bags lately. 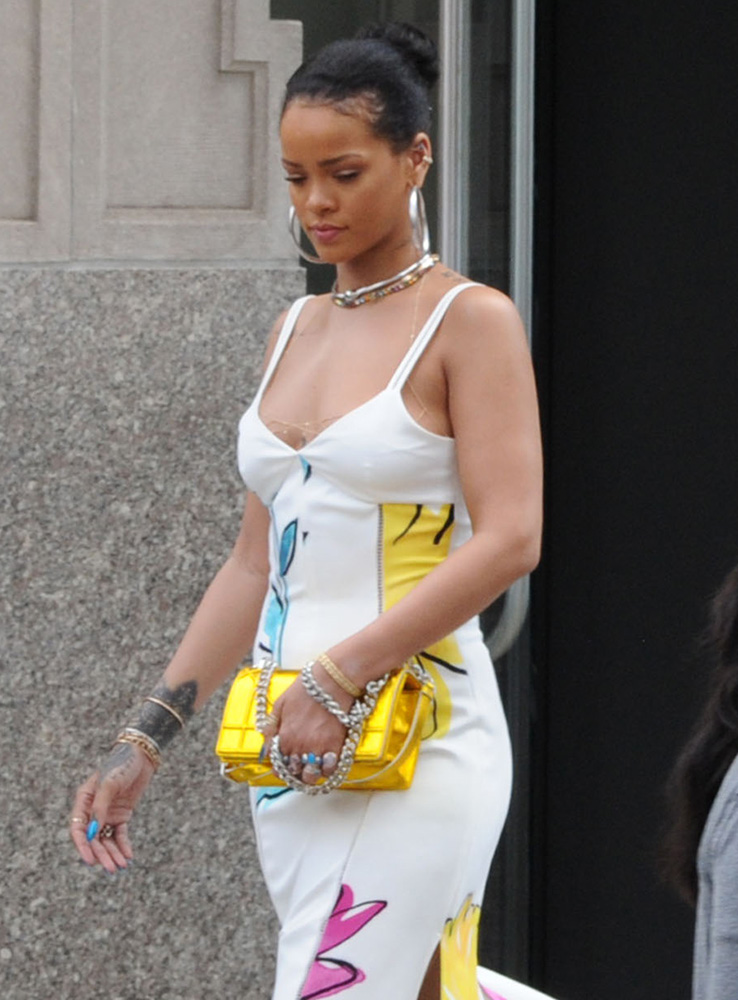