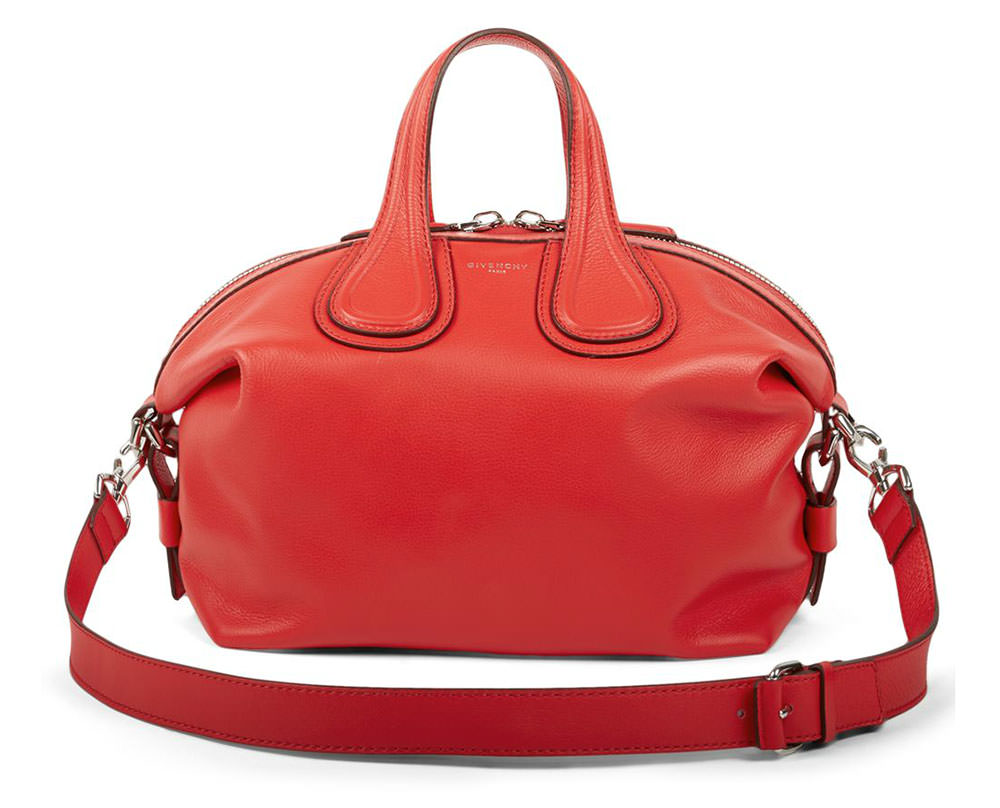 Fans of the Nightingale will notice three major differences in the redesign. First, and most noticeably, the big, perpendicular cross-seams that held together the previous bag’s four panels are no longer there; in there place is a flat, smooth swathe of soft leather that feels more modern and luxurious. Second, the Givenchy logo hardware has been removed from the handle attachments, which also serves to make the bag’s details a little cleaner. Third, the shoulder strap has changed; instead of the wide, short, zipper-adorned strap the brand has used recently, the new Nightingales sport thinner straps with adjustable lengths.

Also of note: these new bags appear to be a little bit more expensive than their predecessors. The small version of the new Nightingale will set you back $2,190; the most recent base price for the old Nightingales was $2,090 in the same size.

The overall effect is more in line with the brand’s recent accessories aesthetic, which is more structured and streamlined than it was when the Nightingale was originally introduced. The new Pre-Fall 2015 Nightingales are currently in pre-order, and they’re expected to arrive before the end of September. Check them out below or shop the full Givenchy selection at Saks. 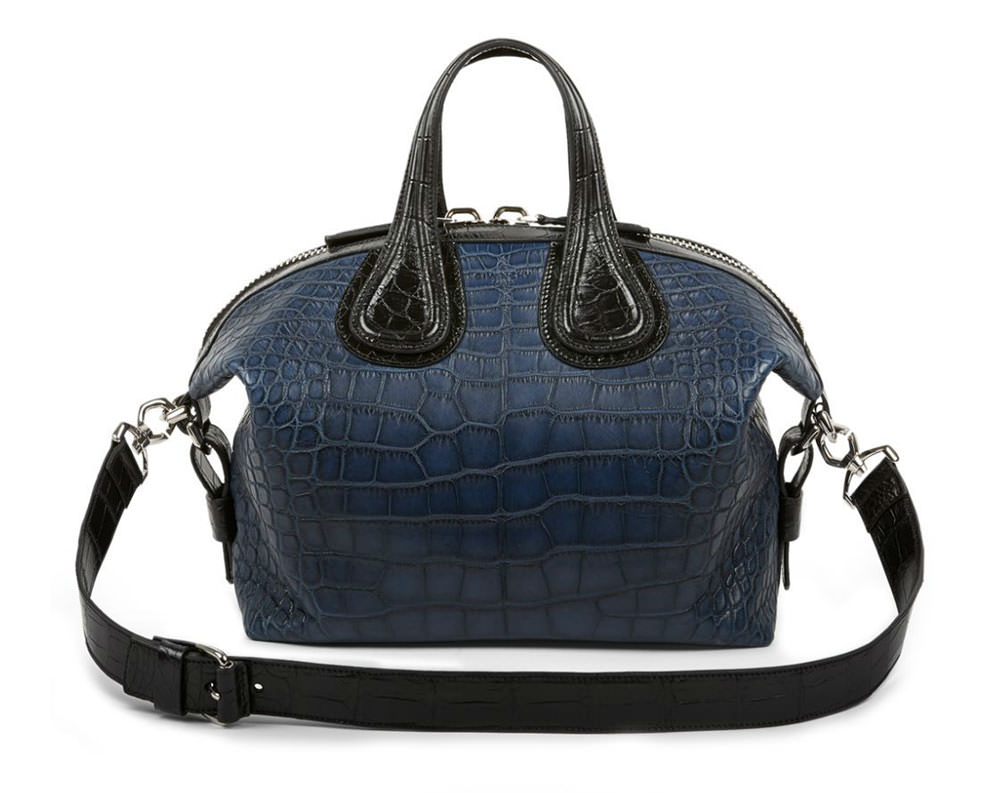 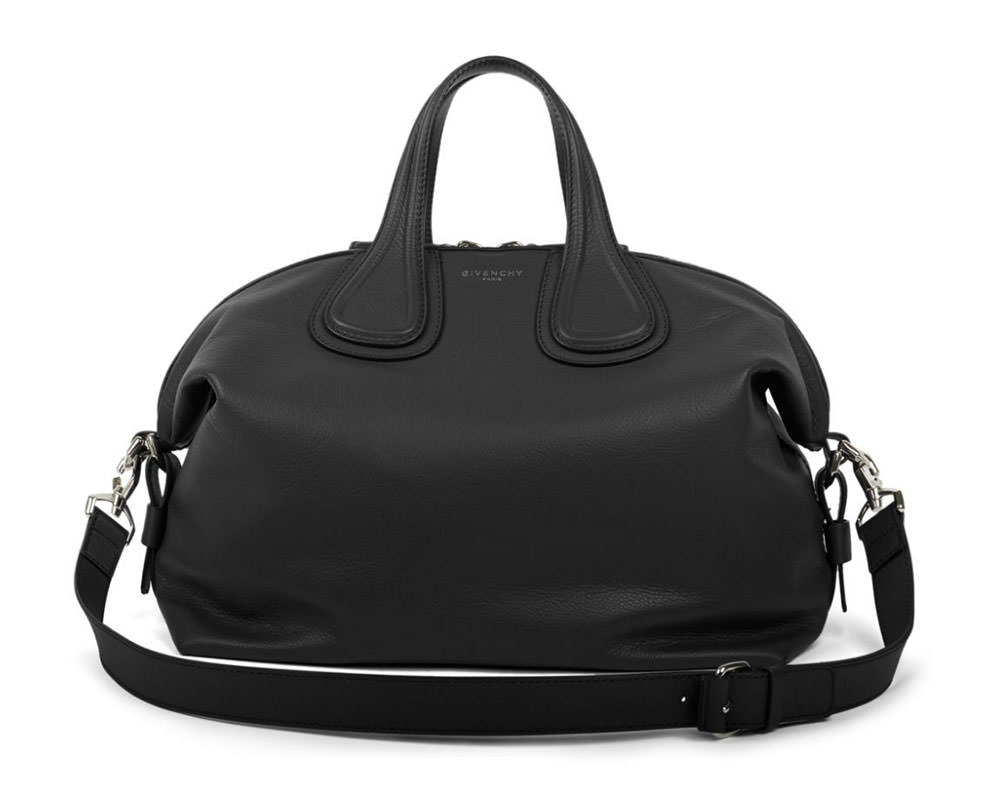 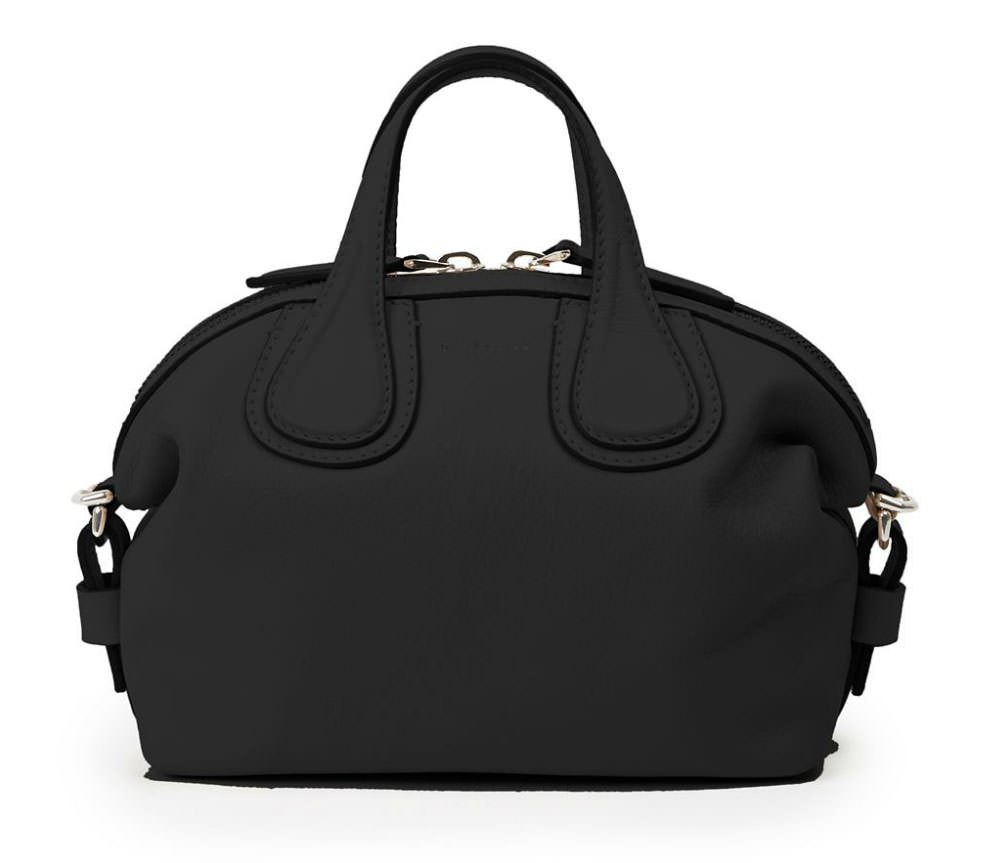 very nice. looks a lot like the louis vuitton lockit!

I think the old Nightingale had a more distinctive personality. The new shape brings to mind the Fiamma for me.

I agree about the Fiamma resemblance. It looks like a watered-down Fiamma wannabe. And I don’t like the Fiamma that much anyway, so this bag is even less appealing. I can’t possibly imagine forking out $2000 for it.

I don’t know. I like this new minimalist design, but I’m just not sold on it. It’s not that I was a huge fan of the original, but this just looks a little off to me. I can’t put my finger on it. You also forgot to note that the sides are held down as well. I can’t tell if that’s optional or permanent though.

You’re right, I missed that change. Hopefully as release gets closer, we’ll get some 360-degree views that’ll make anything else a little easier to spot.

Does this mean the Givenchy may finally put a longer/adjustable on the Antigona?

Am I the only weirdo who likes the strap on the antigona?

Turns out that Givenchy has listened to customer feedback, and lengthened the shoulder strap of the Antigona. I saw it on Sunday, and it is very comfortable. I may finally purchase it now, lol.

I think I prefer the older version, all the bits that they have taken away I feel made it recognisable as a nightengale…

Hmmm, I kind of like it. The Nightingale is the only Givenchy “it” bag that I have yet to purchase. I just liked the Antigona, Pandora, and admittedly less popular but still beautiful Lucrezia. Maybe now..,

This is a really unattractive bag. It’s plain and I hate the design where the handles attach to the handbag. Just no.

ohhh… I love this and the strap is indeed more practical!
Can’t agree more that the logo and minimalist design somehow remind me of Celine bags.

This has a very similar feel to a Tod’s Bauletto that I own, but I like the shape of my Tod’s better.

I was hoping for a “Before and After” photo somewhere 🙁

i would never buy the new one remodelled style; old style was classic and original…