Stars Shine This Holiday With Hermès and Chanel

Plus! Fergie is back with an #OldCeline bag
4 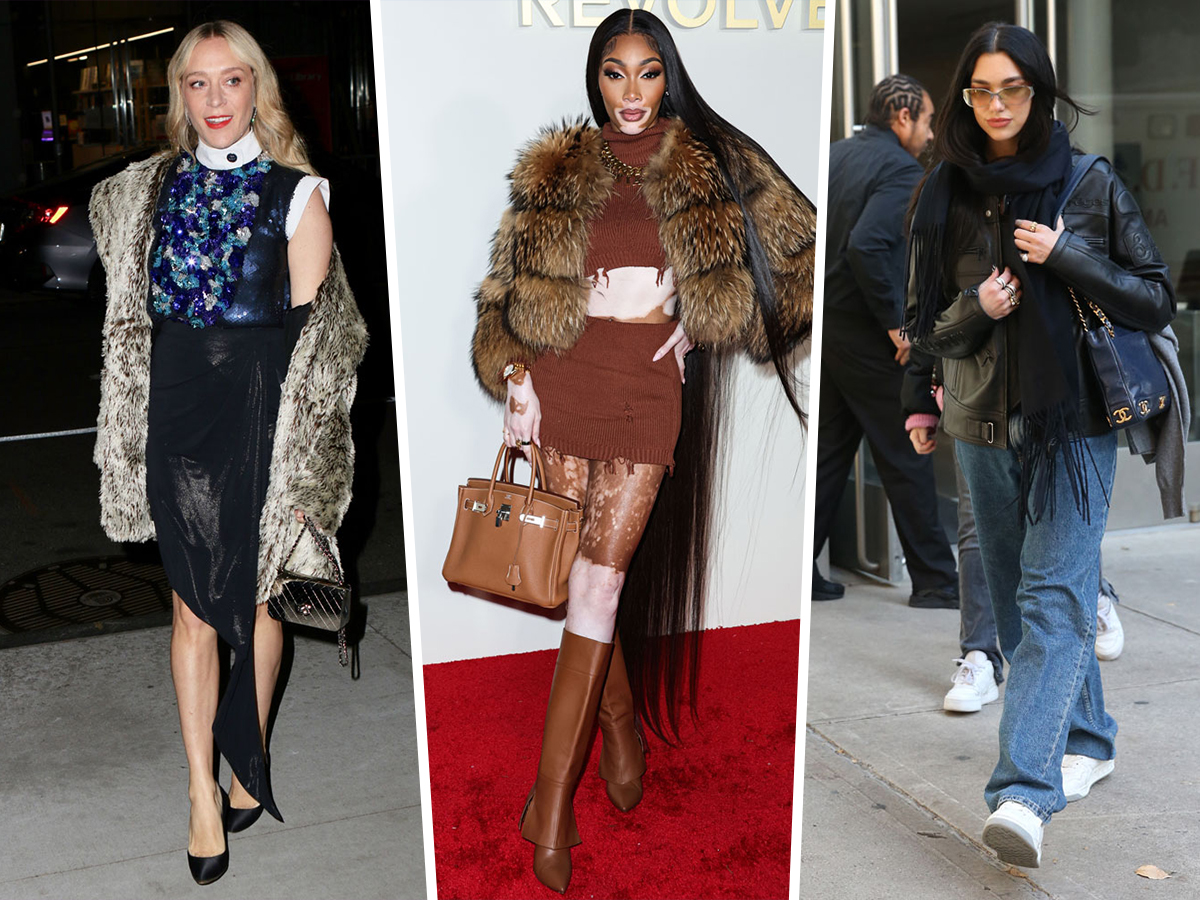 Christmas is around the corner, but unlike years past, celebs have yet to slow down. They’re attending holiday parties and fashion shoes in LA, waltzing around chilly NYC, and not skipping a fashion beat (or a workout!). This week we’re checking in with a few of our regulars, the trendy Dua Lipa, Olivia Culpo, and newbie Lori Harvey. We’re also checking in with some celebs we haven’t heard from in a hot minute. Fergie popped up over the weekend at a football game, and her sunglasses and bell-bottom jeans make it seem like she never left.

Check out who else we saw this week below!

Celebs from New York to LA brought the bag heat

Another day, another REVOLVE party. This time, the e-tailer celebrated the holidays with a star-studded event in LA. Olivia Culpo attended with one of her many bags in hand. This gorgeous black Kelly bag is a true show-stopper *adds to my dream Christmas list immediately*. 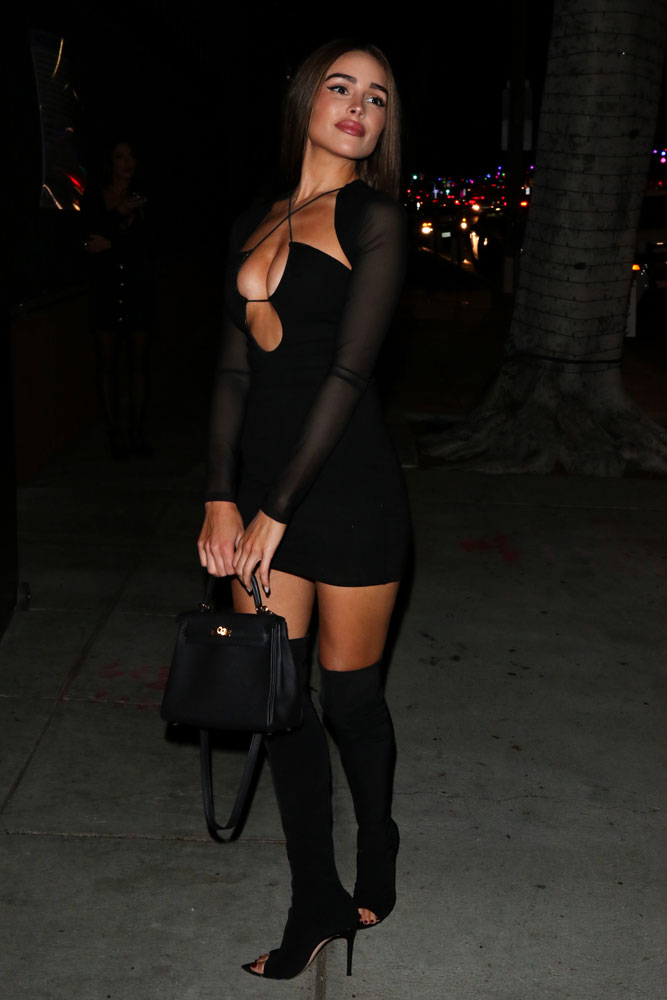 Speaking of show-stopping, Winnie Harlow attended the aforementioned REVOLVE party too. She carried the big H also, but this time it was a Birkin in the most gorgeous neutral hue. If this is what we’re carrying to REVOLVE parties now, I’d like to be invited to the next one, pretty please! 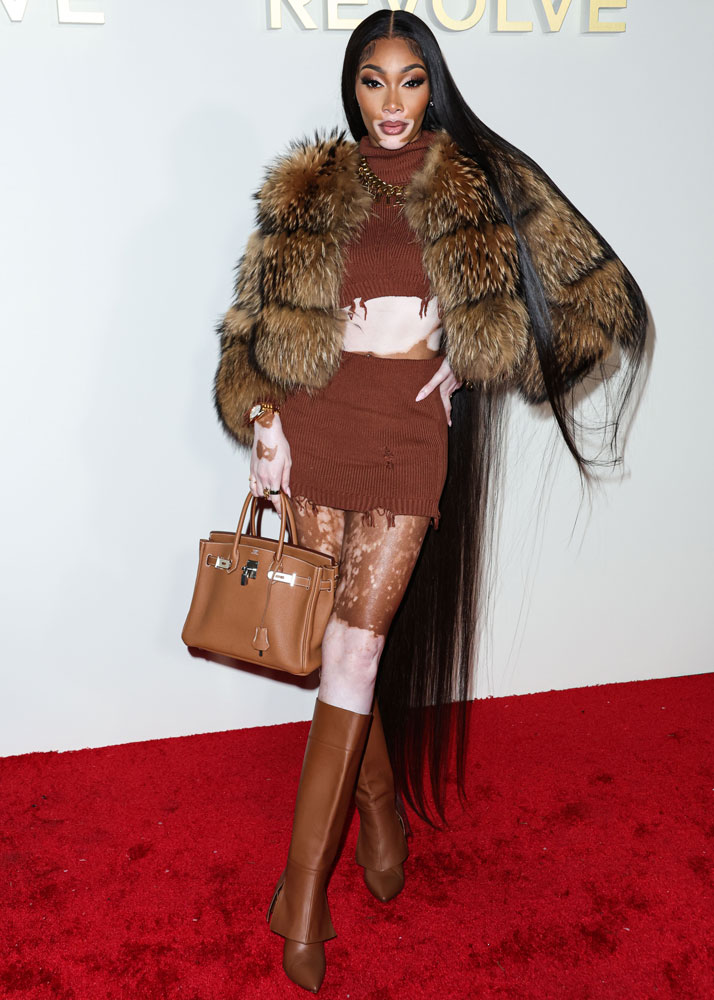 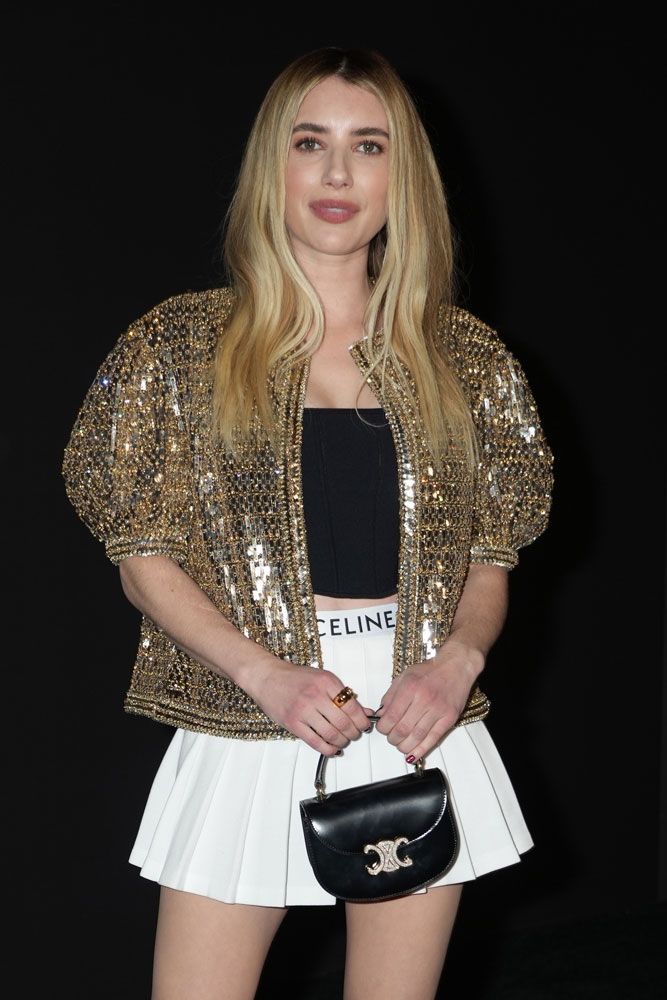 Dua Lipa cozied up to a buttery leather jacket and fringed scarf while out and about in New York. She finished off her look with a vintage Chanel Tote. 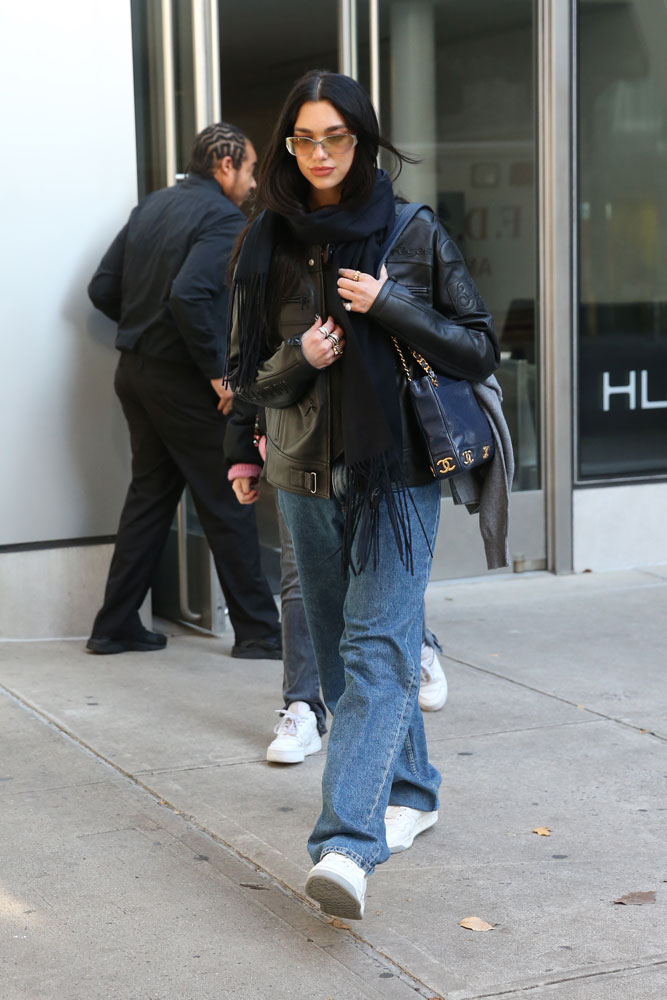 We’re checking in with Fergie, who was spotted over the weekend in LA at the Miami Dolphins at Los Angeles Chargers game. Clearly a Dolphins fan, Fergie Ferg accessorized with a Celine Trio Bag…a classic! 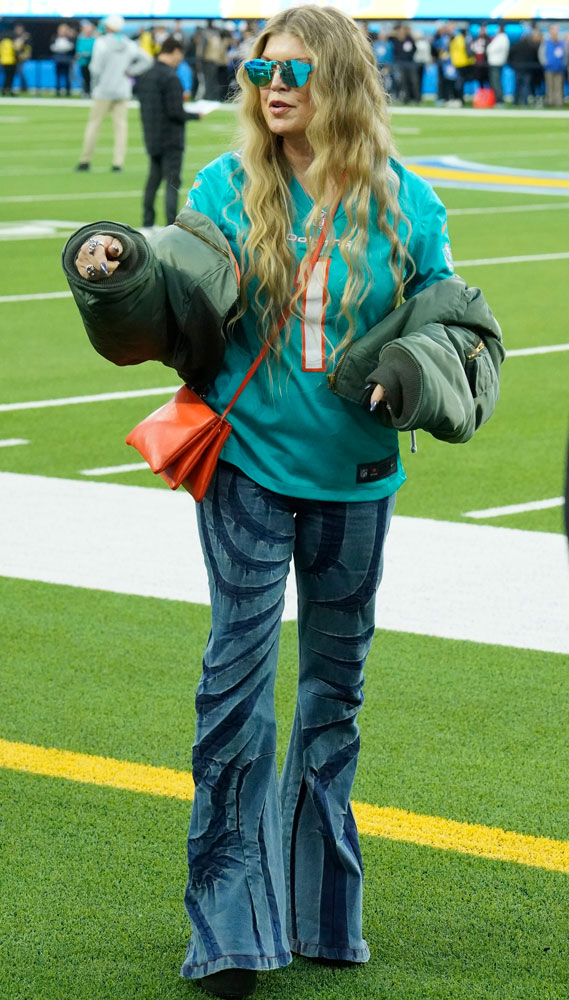 Emily in Paris season 3 premiers on Netflix later this month; Emily herself, aka Lily Collins, has been making the press rounds in New York. The actress visited Good Morning America late last week, looking as stylish as the character she plays. She carried a Cartier Panthère Bag. 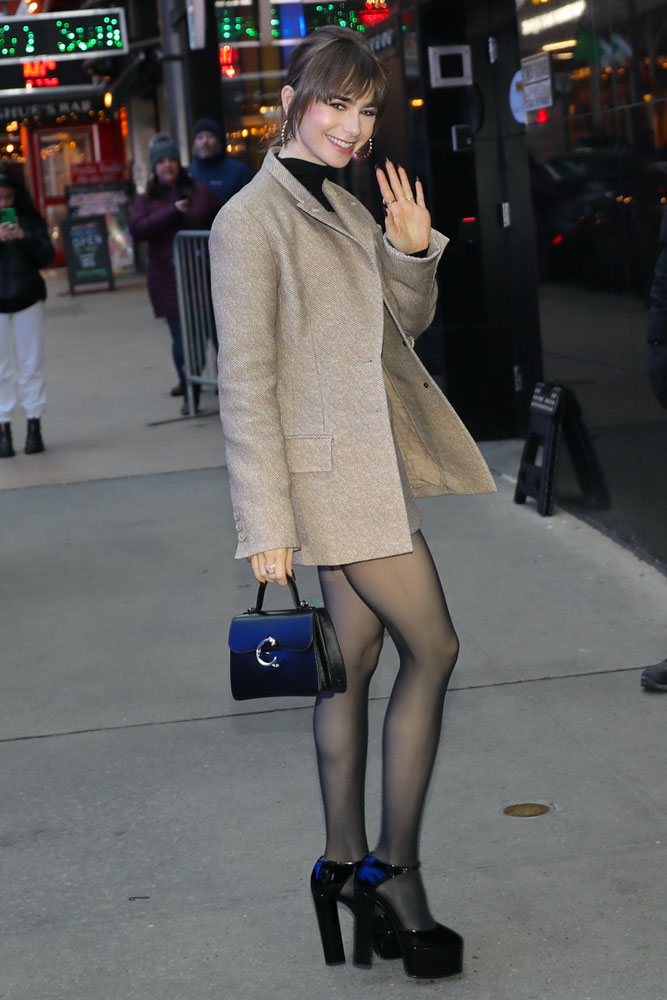 Leave it to Lori Harvey to carry a Mini Kelly to a pilates class. She’s been showing off some seriously enviable bags lately, leaving us to believe it might soon be time for a Many Bags of… 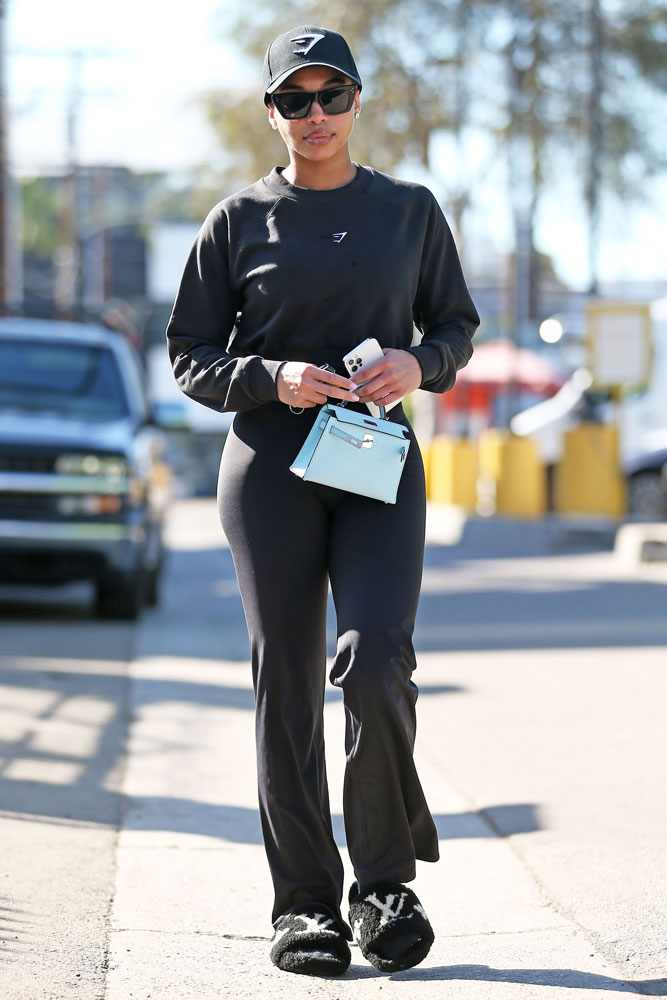 Chloë Sevigny was snapped out and about in NYC wearing a sparkly ensemble on her way to the Museum of Modern Art’s film benefit. She carried a rare Chanel Metal Flap Bag, of course, as the event was presented by Chanel. She wore Chanel, too, naturally. 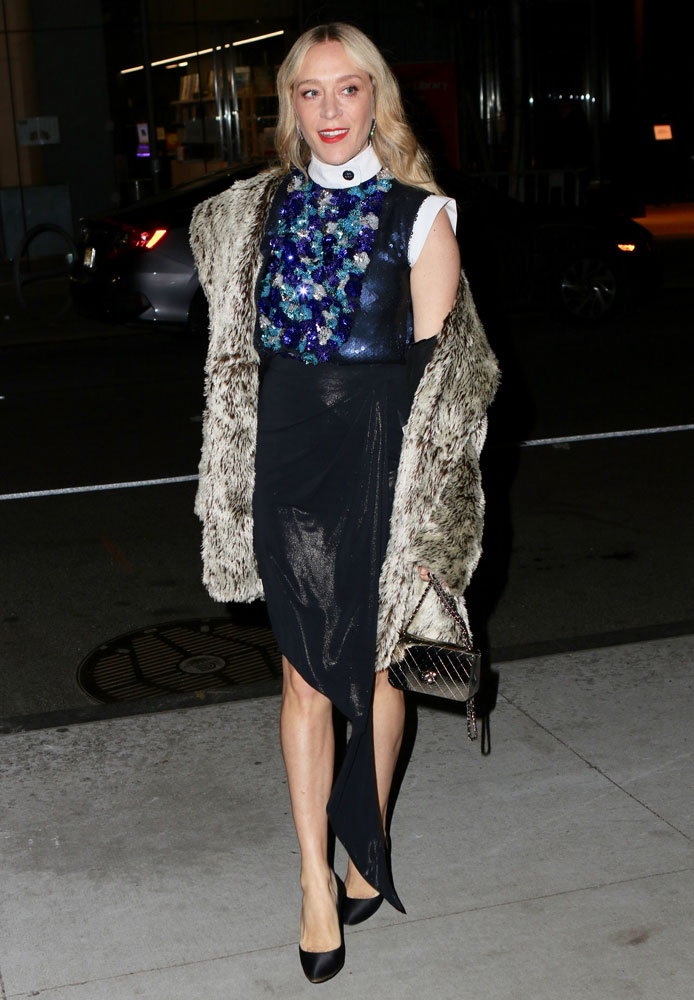 Despite my better judgment, I love Fergie’s outfit but then again, I am a Dolphins fan. Due Lipa looks really good — like a normal person out and about.

I’m a Bronco’s fan, but with that said, her jeans are unique! I’ve never seen these before, but they’re fun!