Celebs Carry Bags from Versace, Louis Vuitton and The Row While Promoting Their Latest Projects 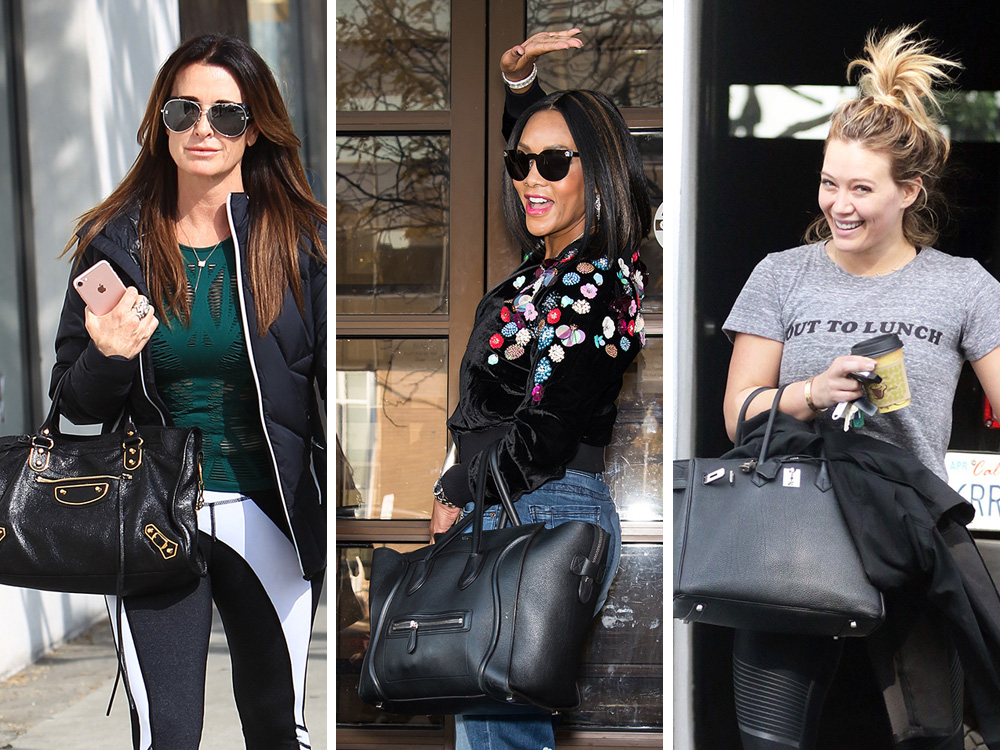 A lot of celebs did most of their moving and shaking outfitted in athleisure last week, while others hit the press trail in their designer best. Which reminds me: we are staring down the barrel at Oscar season, and A-lister visibility will increase exponentially in the next month. I am already getting a vibe that some of the newest bags from Louis Vuitton and The Row will be heavily favored among possible Oscar contenders–they certainly were this week.

This version of the Versace Palazzo Empire Bag with contrast piping was extremely trendy with celebs a few months ago, and Alessandra Ambrosio is obviously still smitten. She was spotted carrying hers recently at LAX. 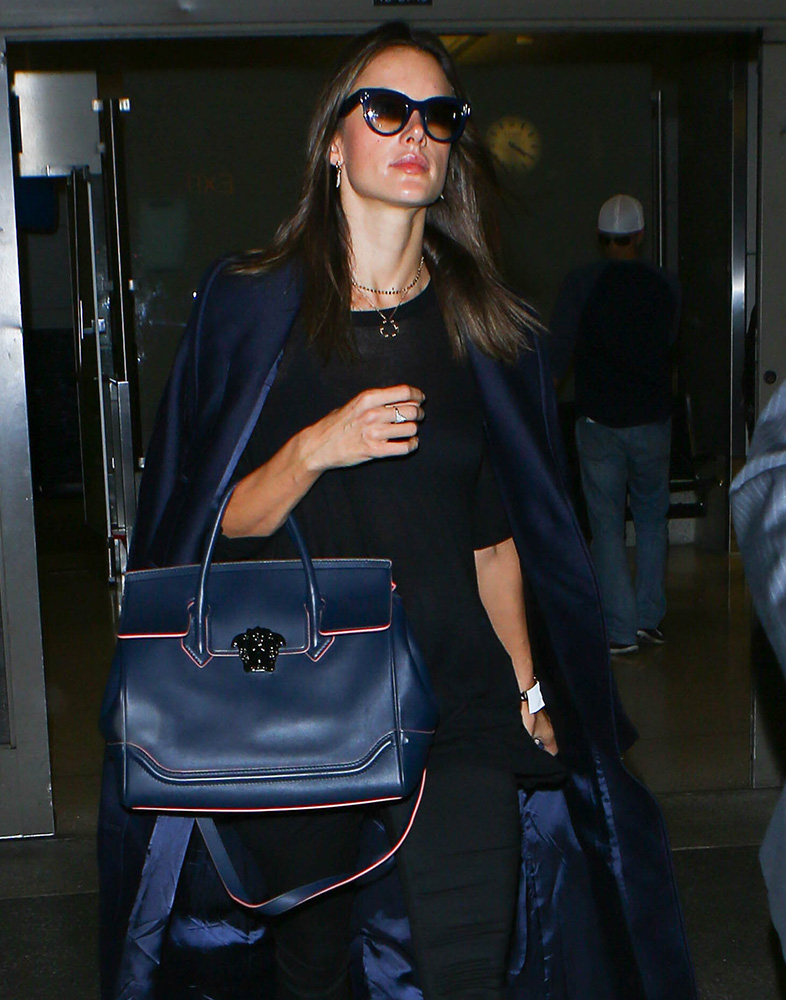 Chrissy Teigen is an avid fan of The Row, and she obviously loves some of the brand’s latest styles. Last week we saw her carrying a black velvet The Row Kisslock Frame Bag, and here she is ambling around NYC with an orange The Row Suede Tassel Clutch, which has a similar silhouette. 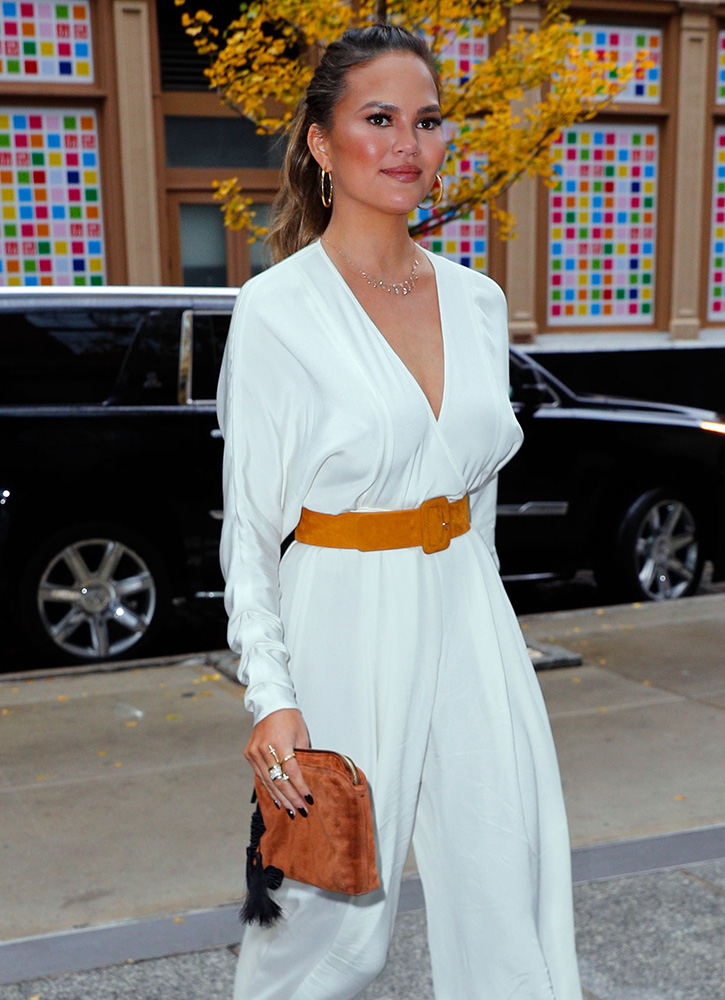 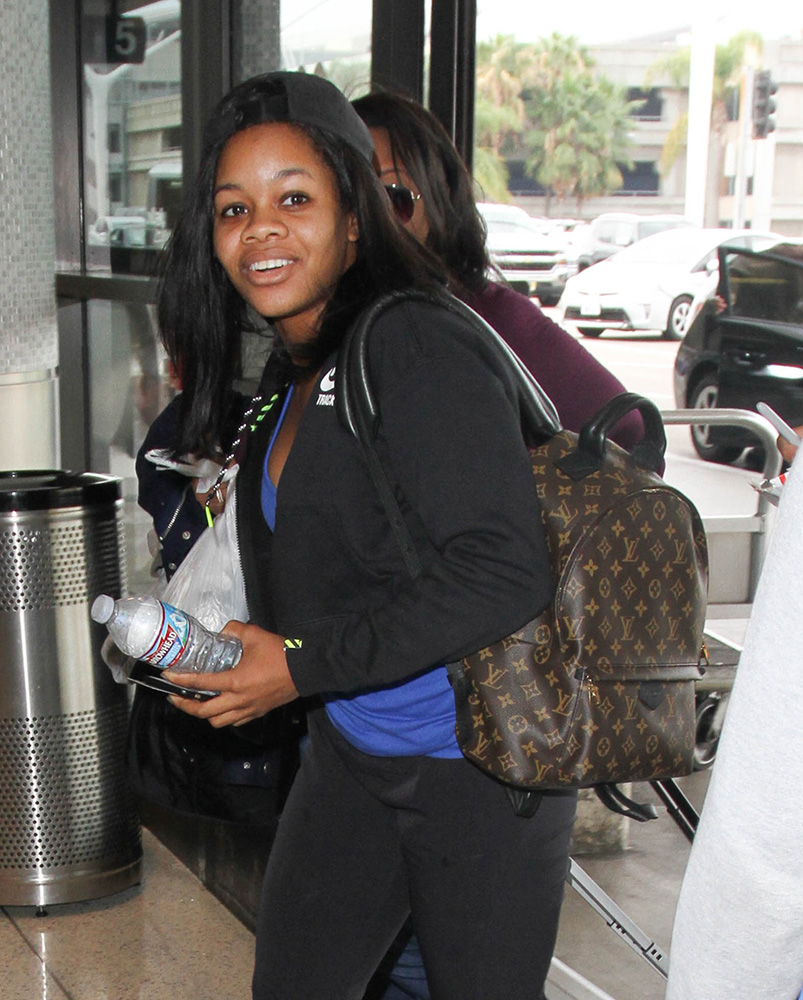 Here’s a super cute pic of Hilary Duff, leaving her gym with the ultimate A-lister gym bag: a Birkin. (We’re not kidding.) I find her gym tee extremely relatable. 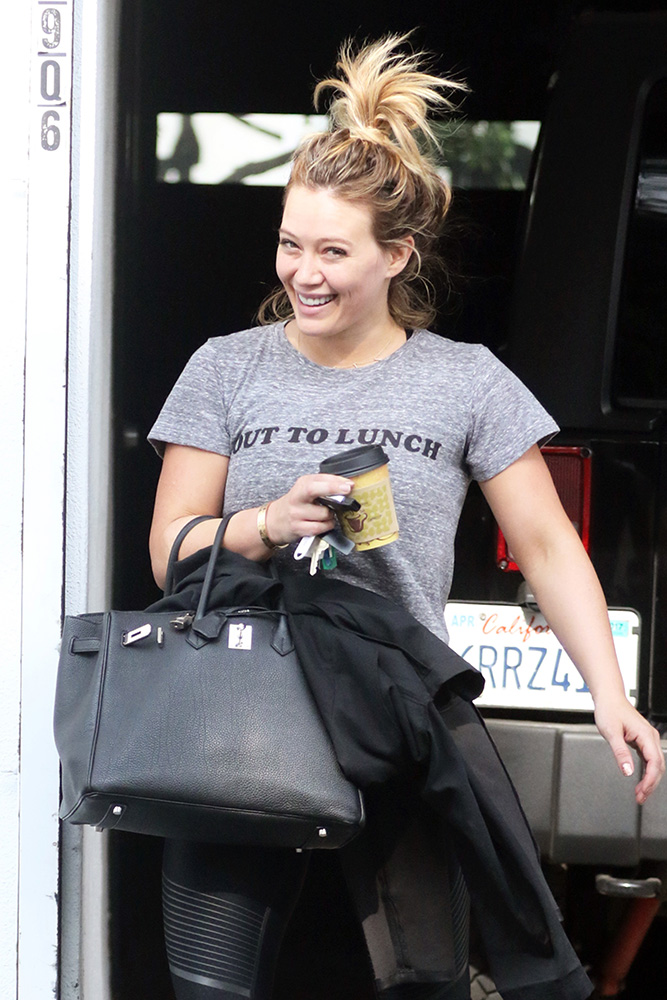 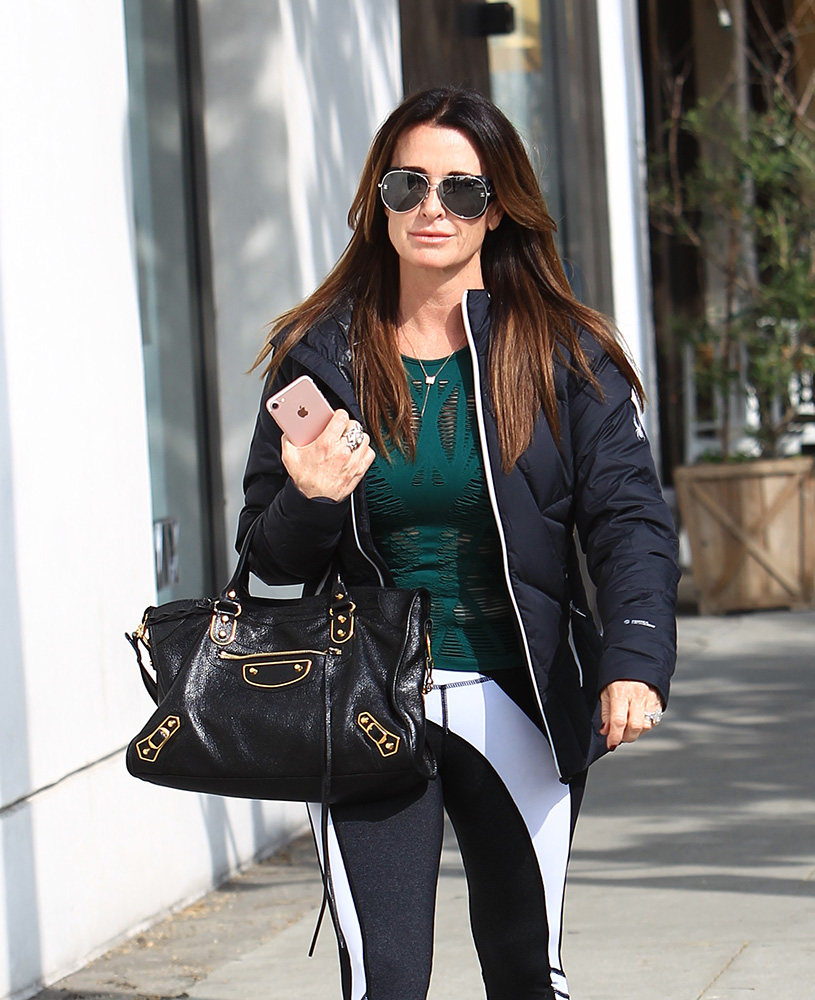 Marion Cotillard is currently on the press trail for her new film Allied, and, per usual, her press tour style game is top-notch. Here she is leaving her Manhattan hotel with a dainty black Louis Vuitton Petite Malle Clutch. 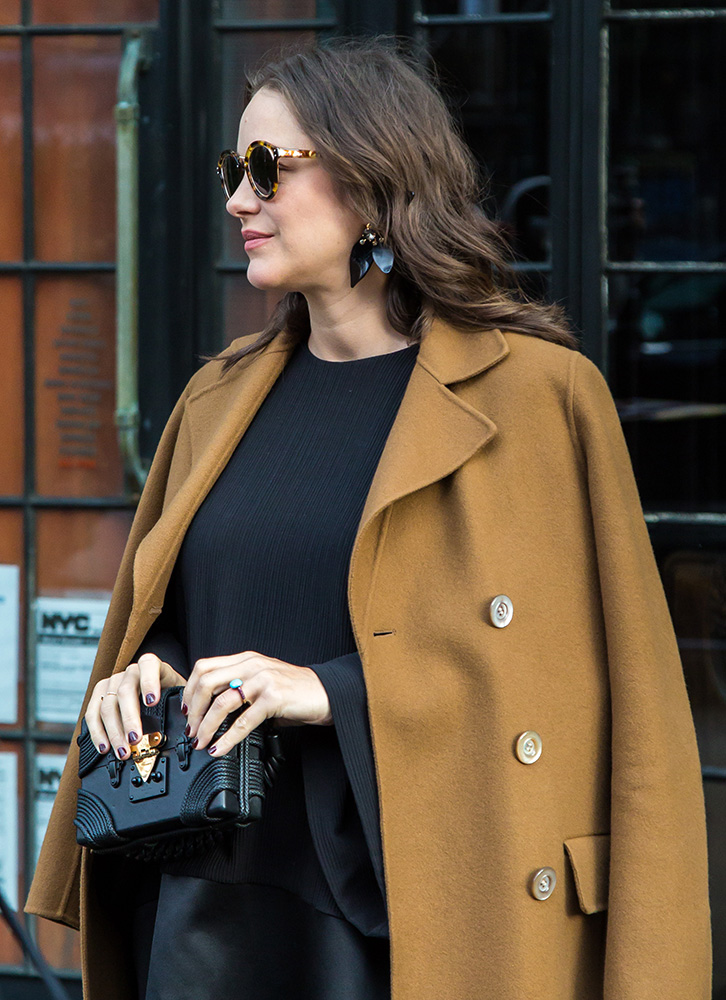 Olivia Palermo was recently spotted shopping in Soho with her embossed leather Givenchy Antigona. Please excuse me while I clean out my closet and toss all of my non-black clothing items into one highly flammable pile. 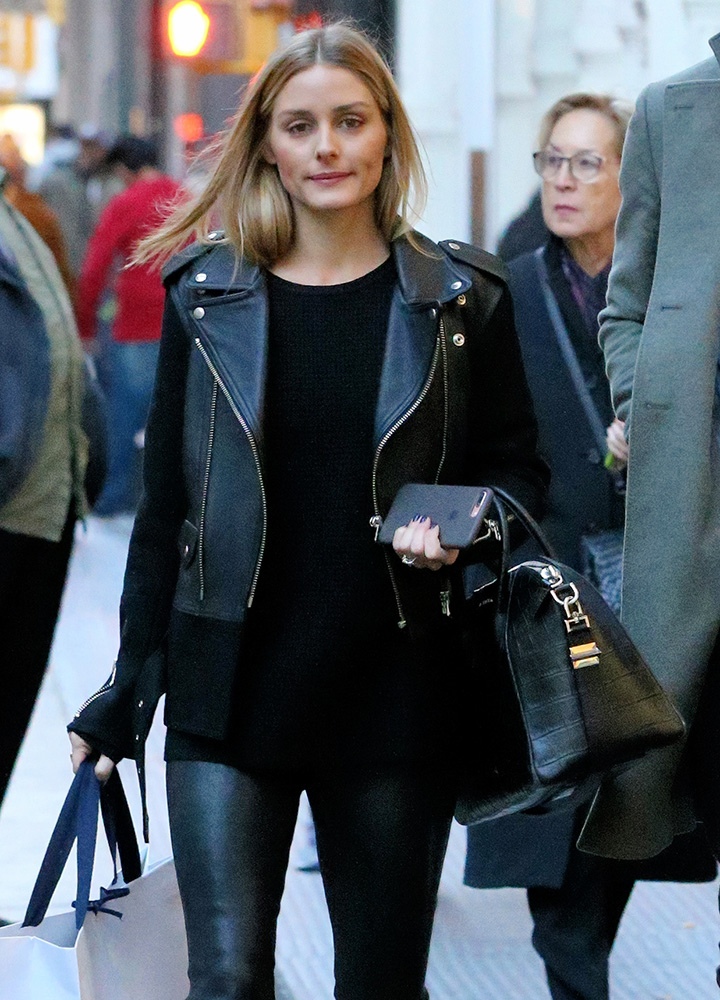 Finally, here’s Vivica A. Fox, paying a visit to the Good Day Philadelphia studios with her black Céline Luggage Tote. Vivica has a new show on Lifetime to promote: a reality show where she casts dancers for an all-male exotic revue. The show is called Vivica’s Black Magic, and it debuts on January 4th. You’re welcome. 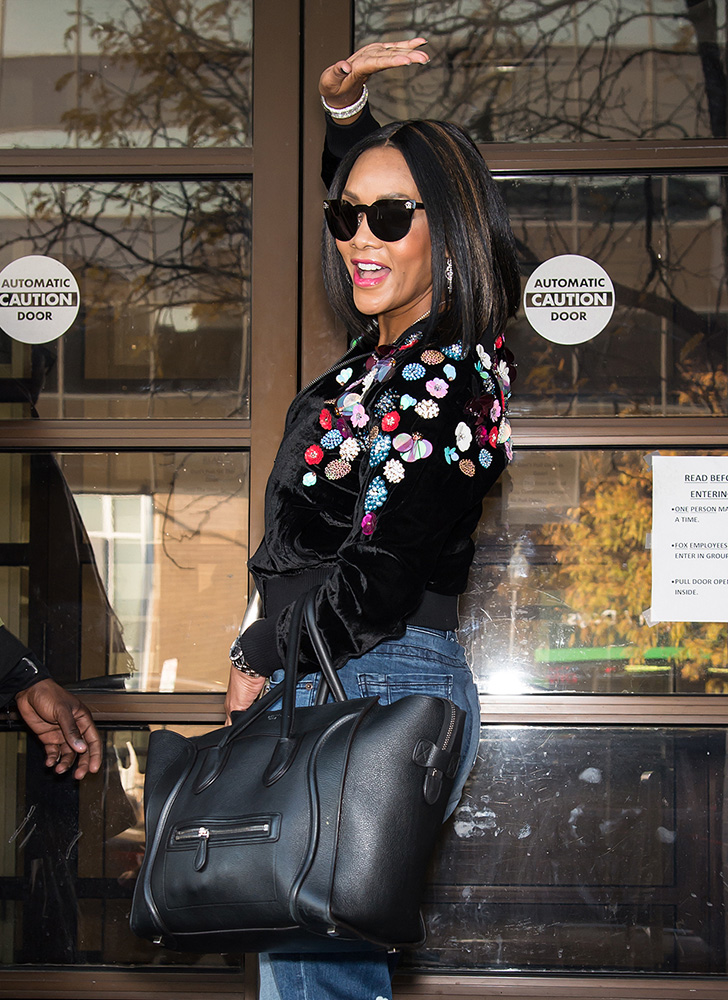 None of the bags caught my eye, but I like Kyle and Hilary’s leggings.

It’s been 1 year since I decided to resign from my last work and it changed my life… I started freelancing from comfort of my house, for this company I stumbled upon online, several hours /a day, and I profit now much more than i did on my previous job… Check i got for last month was for 9 thousand dollars… Awesome thing about this work is that now i have more time with my kids…
http://chilp.it/728813e

Chrissy Teigen often carries good bags, but today’s photo is an exception. I hate everything the Row does.

I am somewhat fascinated by Olivia Palermo. I just can’t imagine her closet. She seems to put a ton of effort into getting things exactly right…..which she does most of the time although I find it exhausting.

ooo. loving the petite malle in #6

This will not shock you: pregnant stars do not mess around with micro bags. We didn’t set out to do a maternity edition of our usual celeb bag round-up, it just sort of happened accidentally; you could call it…unplanned. Nappy Bags