Last Week, Some Very Influential Celebs Carried Bags We Can All Get Behind 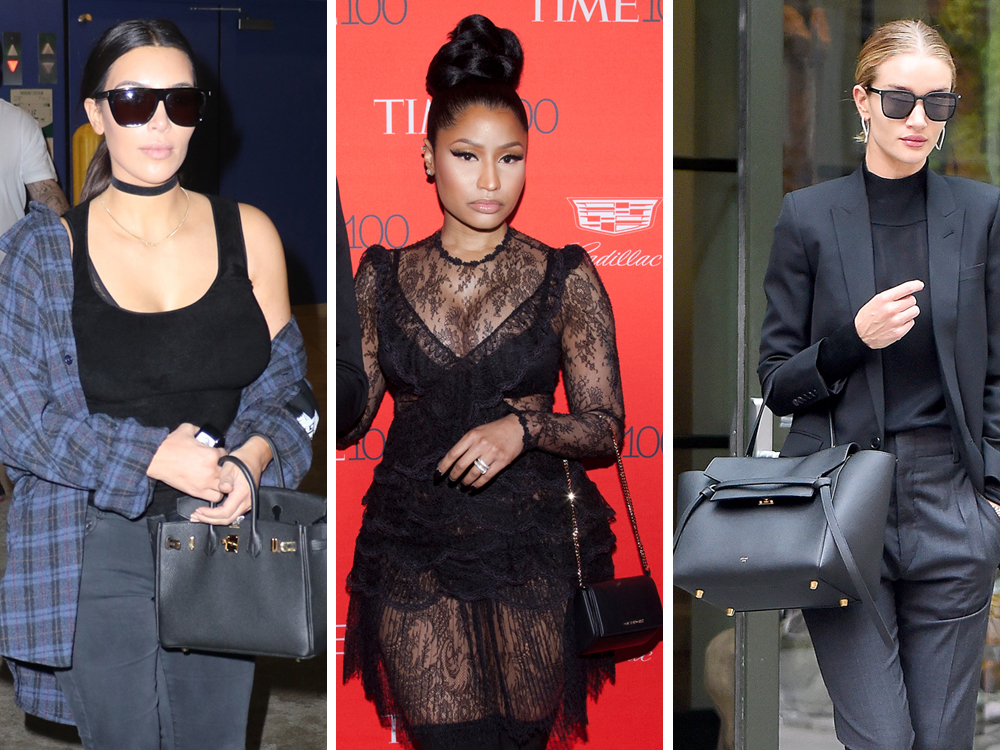 I'm a bit biased, but I think all of the celebs featured herein are influential, albeit some of them only in fashion. In a larger sense, only one has made a lasting cultural impact that propelled her onto this year's Time 100 list, and only one has the clout to bring one of her favorite designers along to the gala as her escort. (Spoiler: it might not be the first person who springs to mind.) In other news, supermodels are suddenly pushing a rather odd spring trouser trend that you might want to try (or completely ignore, as is your right).

Here's Emma Roberts, leaving the gym in West Hollywood with her slender Balenciaga mini tote. Emma has been favoring this tiny Balenciaga lately; we first saw her carrying it roughly one month ago. 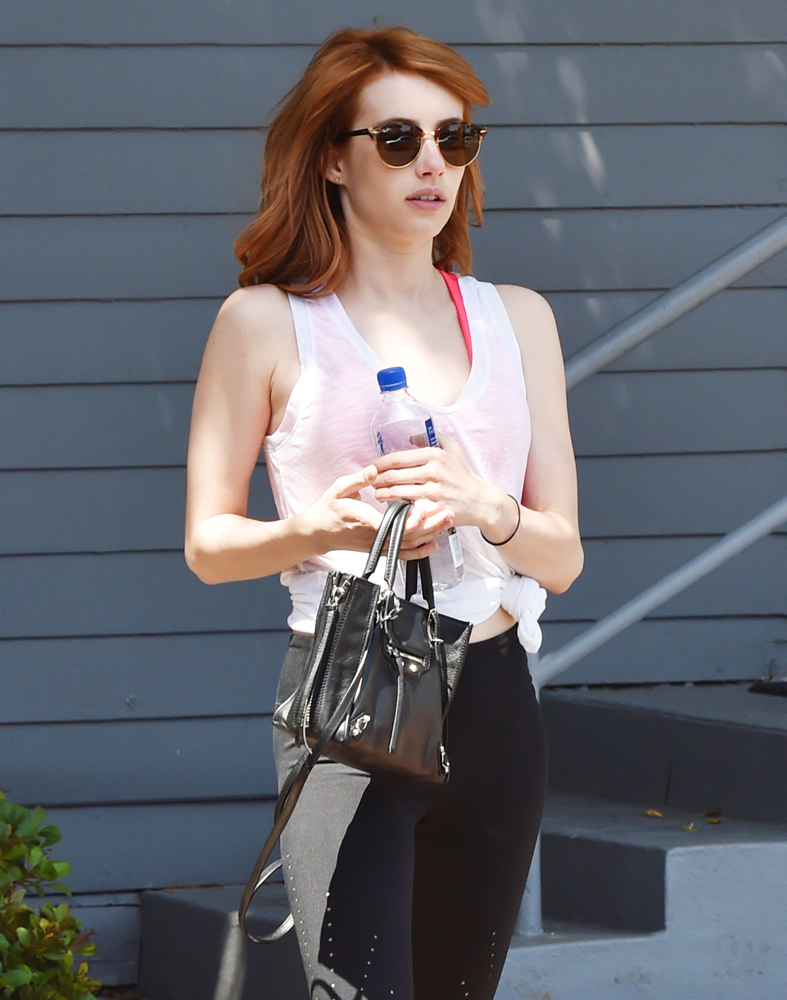 Gisele Bundchen was recently spotted heading in to an appearance on Jimmy Fallon with an eye-popping Chanel Chevron Flap Bag. If I were forced to purchase my first Chanel bag today, it would absolutely be this one. It's magnificent. 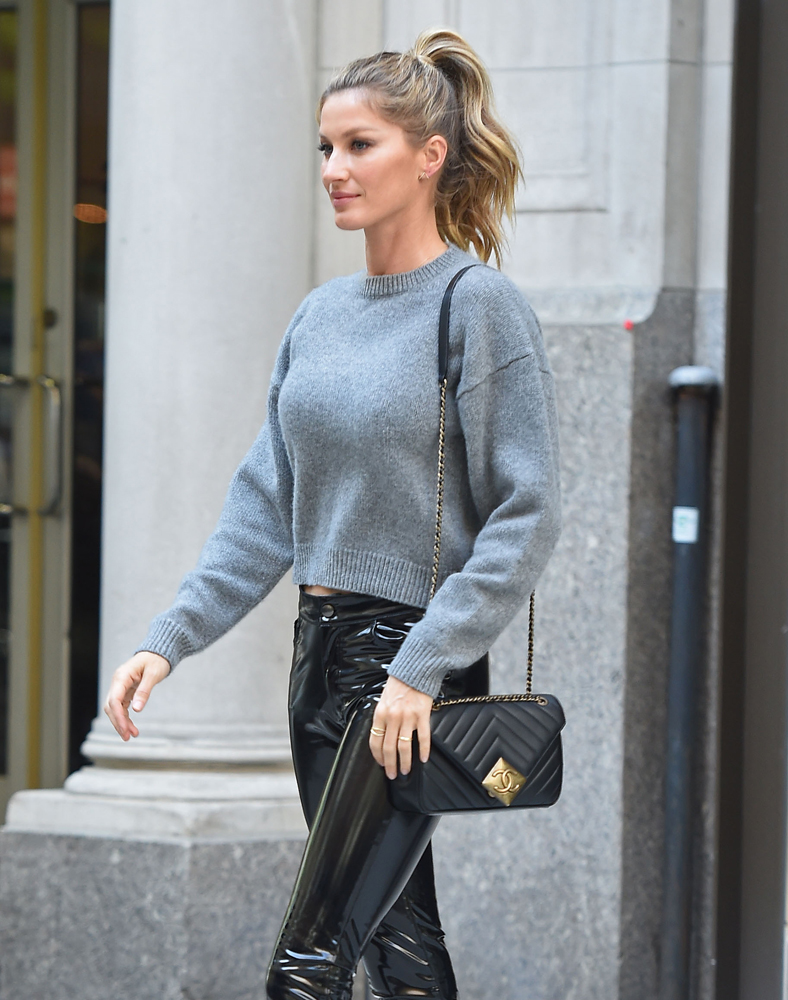 Of course, I could just buy this beautiful burgundy Alexander Wang satchel instead and actually afford to pay my rent on top of it. Karlie Kloss was recently spotted hanging out in the West Village with this sophisticated style. I love those metal bars on the base of the Chastity, and it seems like designers should've gotten more creative with that area of the handbag a long time ago. 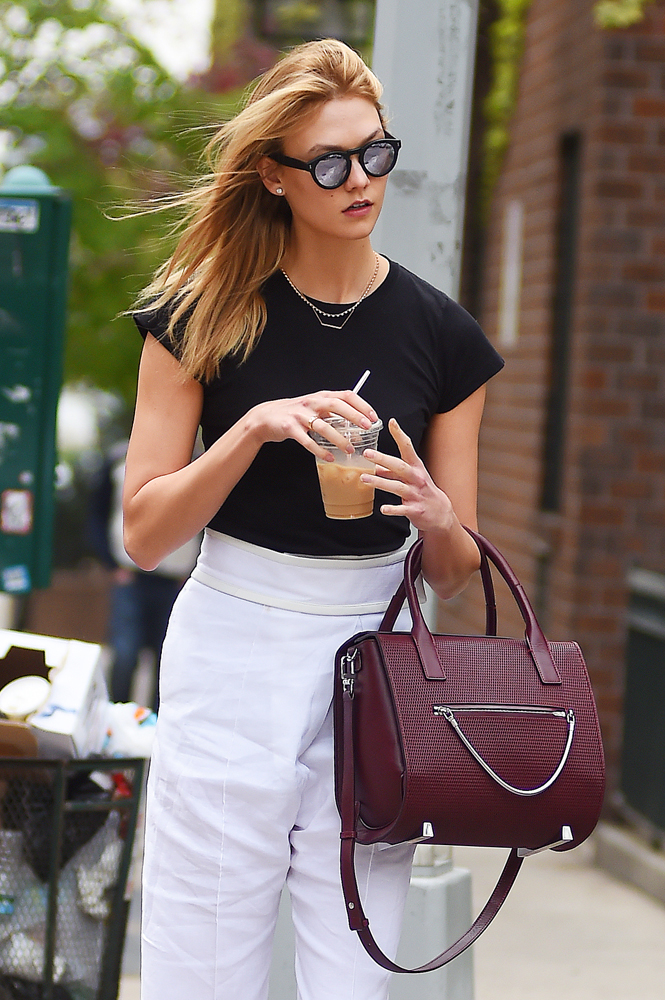 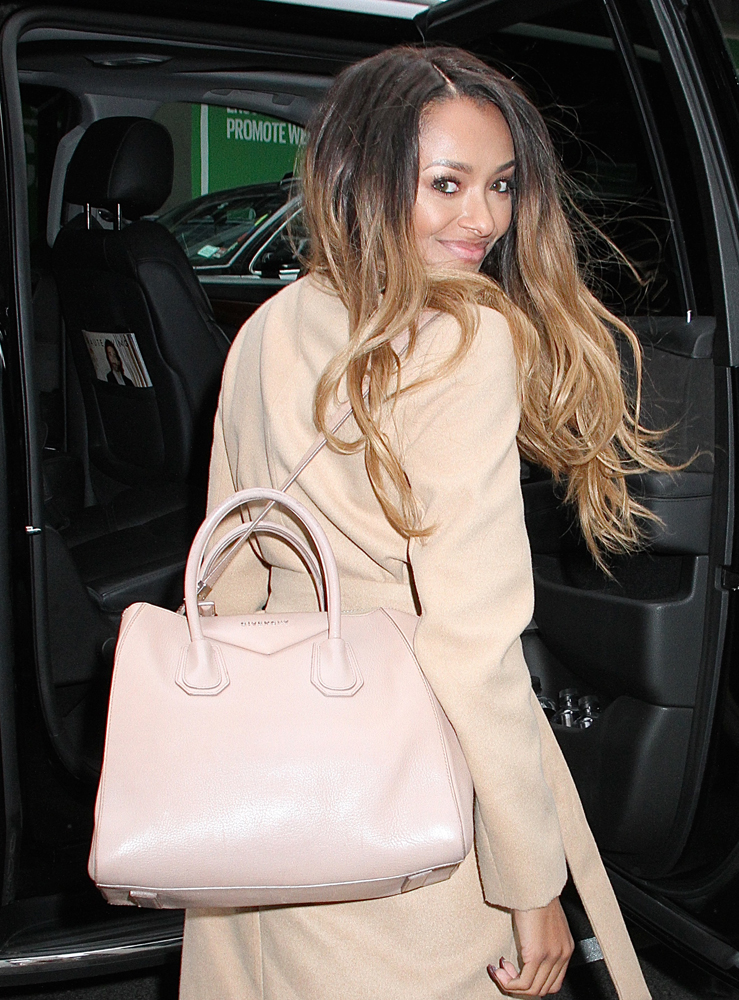 Kim Kardashian was recently spotted leaving lunch with brother Rob and Blac Chyna. She's obviously carrying a little black leather Hermès Birkin. By the by, we just did the math on Kris Jenner's Birkin collection, and we were gob-smacked by the results. 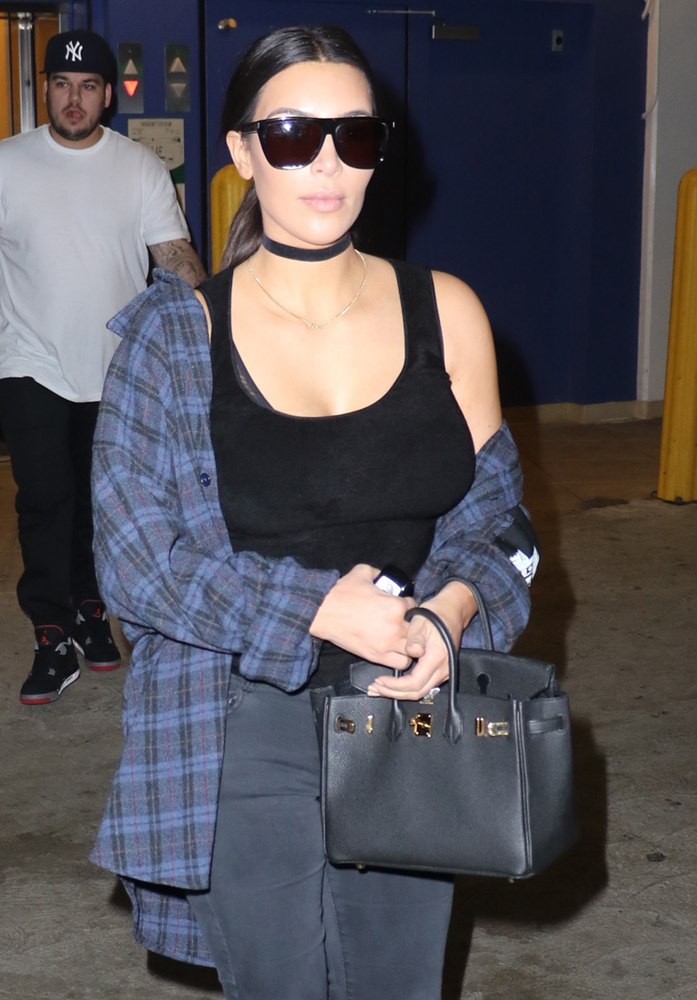 Here's Mischa Barton, doing a little shopping at The Grove. She's carrying a matte black calfskin tote with gold hardware from Fontana Milano 1915. Mischa was briefly on Dancing with the Stars this season and is now allegedly dating her dance partner. Well played, Mischa. Well played. 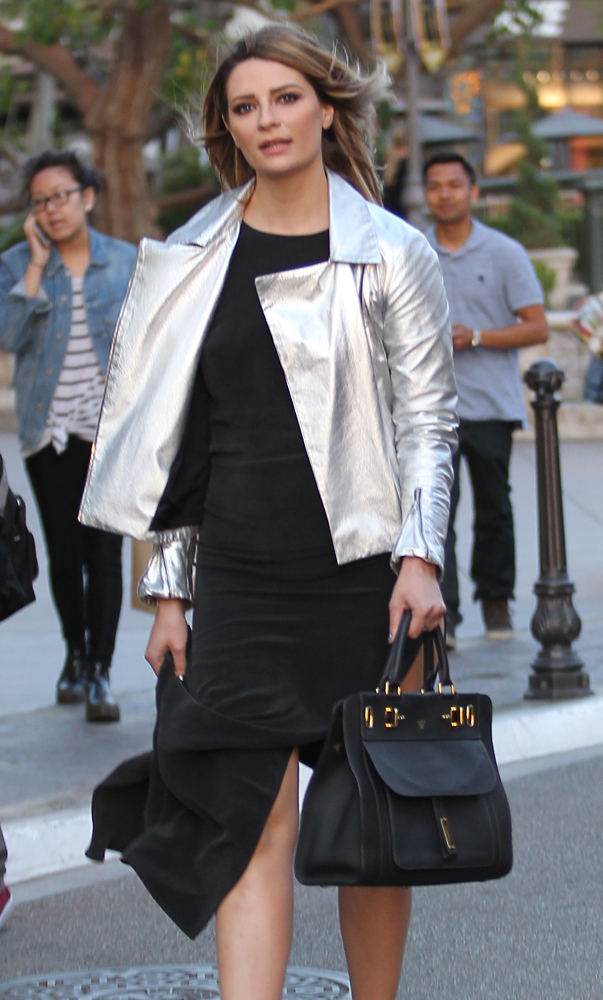 Nicki Minaj was recently declared one of our great nation's most influential people. Here she celebrating her influencer status on the arm of Givenchy's Riccardo Tisci at the Time 100 Gala. She chose a dainty Givenchy Pandora Minaudiere for the occasion, and her black lace dress is also Givenchy, naturally. 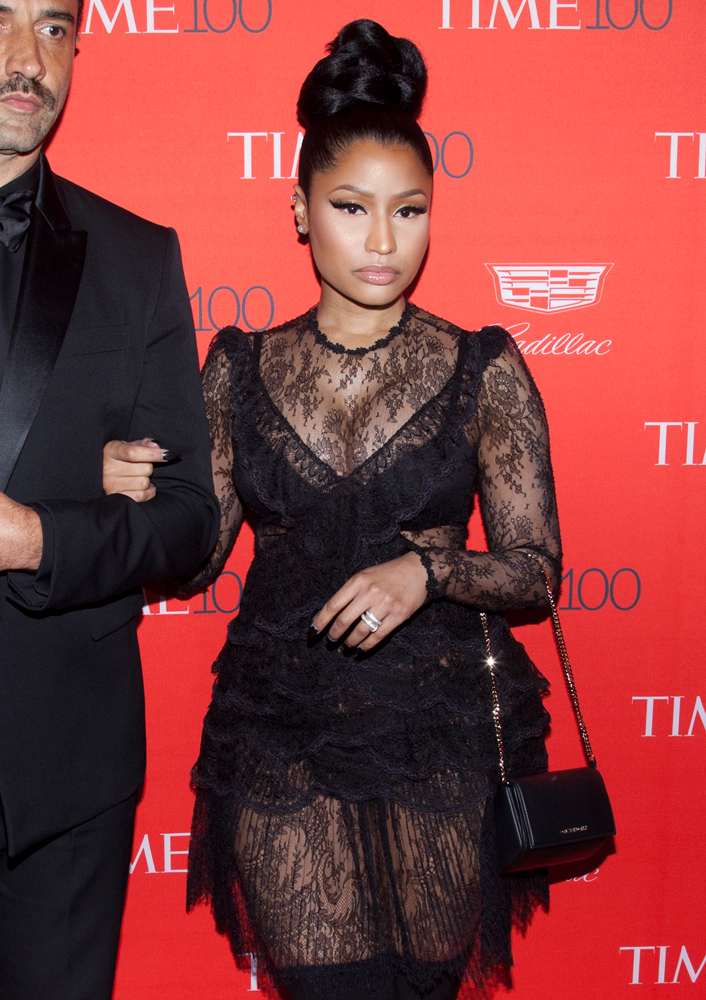 Have you noticed this week's not-so-subtle aforementioned new fashion trend? It's high-waisted trousers on supermodels! Here's Rosie Huntington-Whitely, menacing the good people of NYC with a black leather Céline Belt Bag and her best Patrick Bateman impression. It's like a glimpse into a parallel universe where Rosie is a powerful Wall Street tycoon. 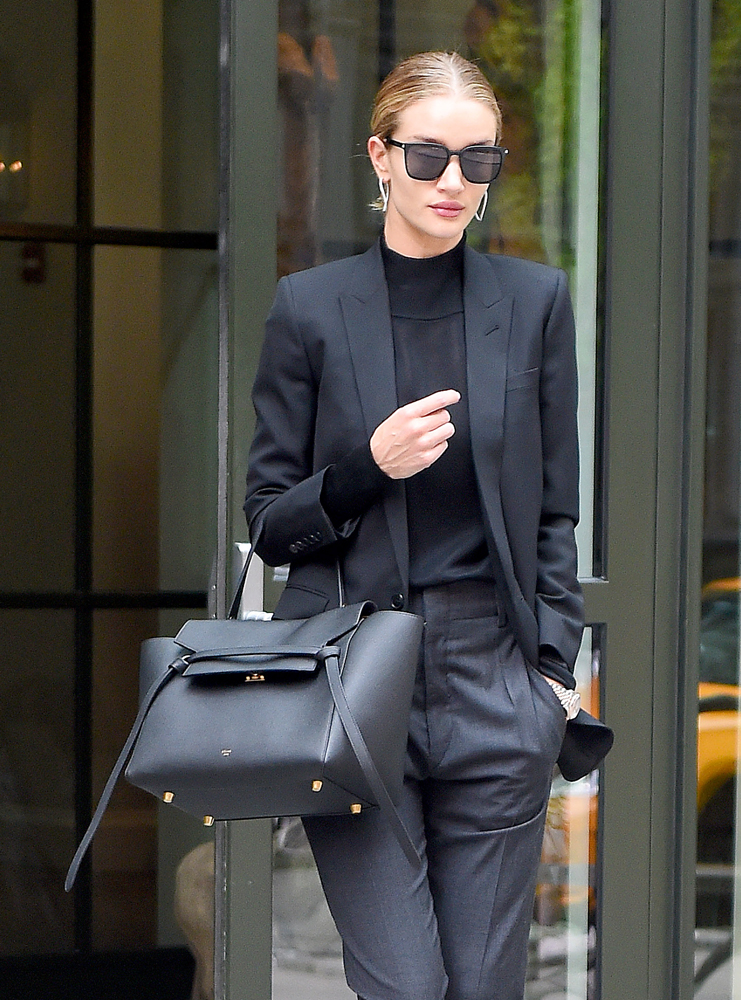