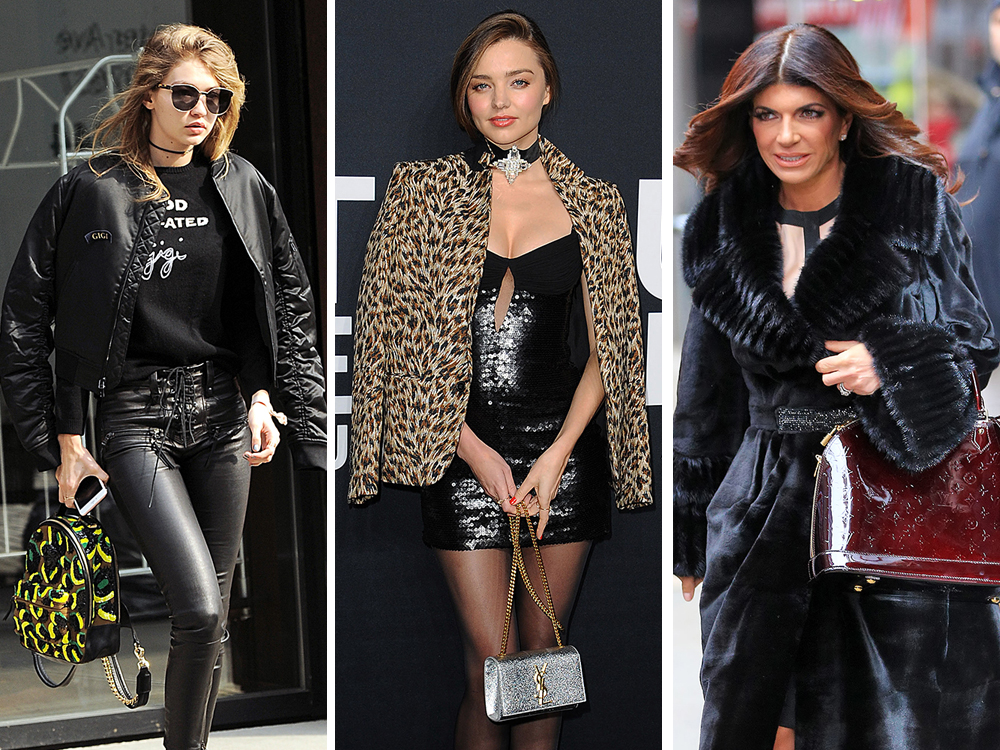 New York Fashion Week is officially upon us, and celebrities have amped up their handbag game accordingly. This week's picks are a lot more sparkly and colorful, as well as noticeably more high-end. NYFW gives celebs plenty of opportunities to carry their preferred totes and satchels by day and their most dazzling designer clutches by night, though some opt for bags with chains! GASP! There will be a lot more NYFW bag-peeping in the days to come, so stay tuned.

Here's the hottest current celeb face of Louis Vuitton, arriving for an appearance at Jimmy Kimmel Live with a black leather version of the brand's hottest new bag, the City Steamer. 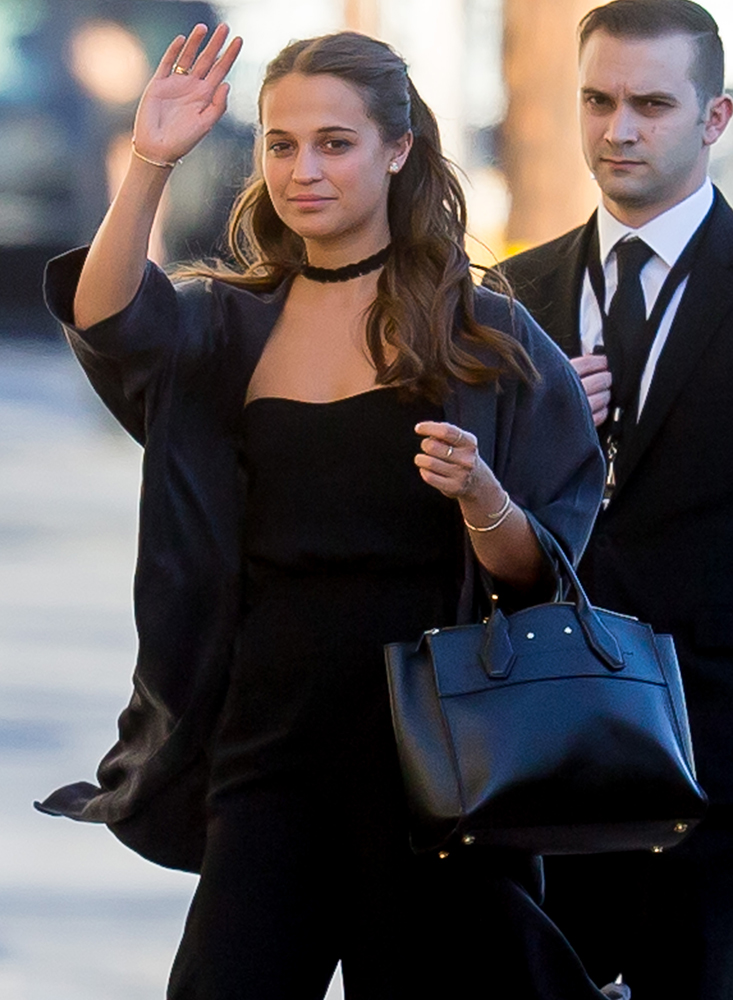 Gigi Hadid was recently spotted leaving an NYC hotel with a flashy Versace Medusa Backpack, which I suspect we'll be seeing more of in the following weeks. I just want to point out that Gigi is wearing two different garments that say "Gigi" on them, lest anyone confuse her with Hailey Baldwin. 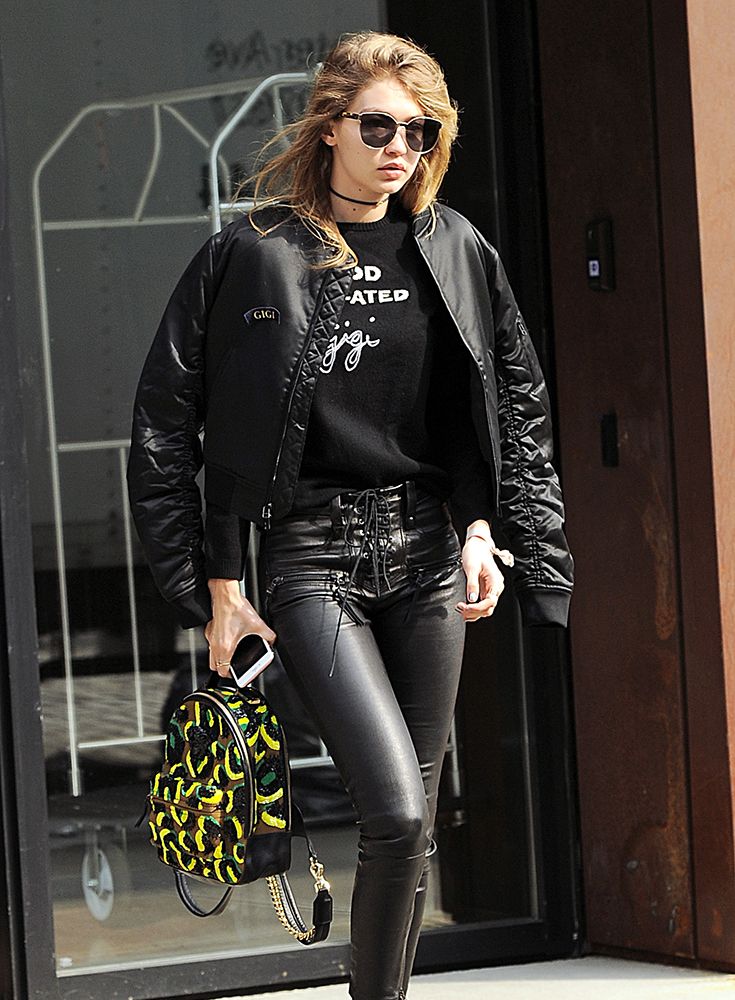 Speaking of Hailey Baldwin, here she is ambling around NYC with a multicolored Saint Laurent tote that seems extremely on-brand for her. 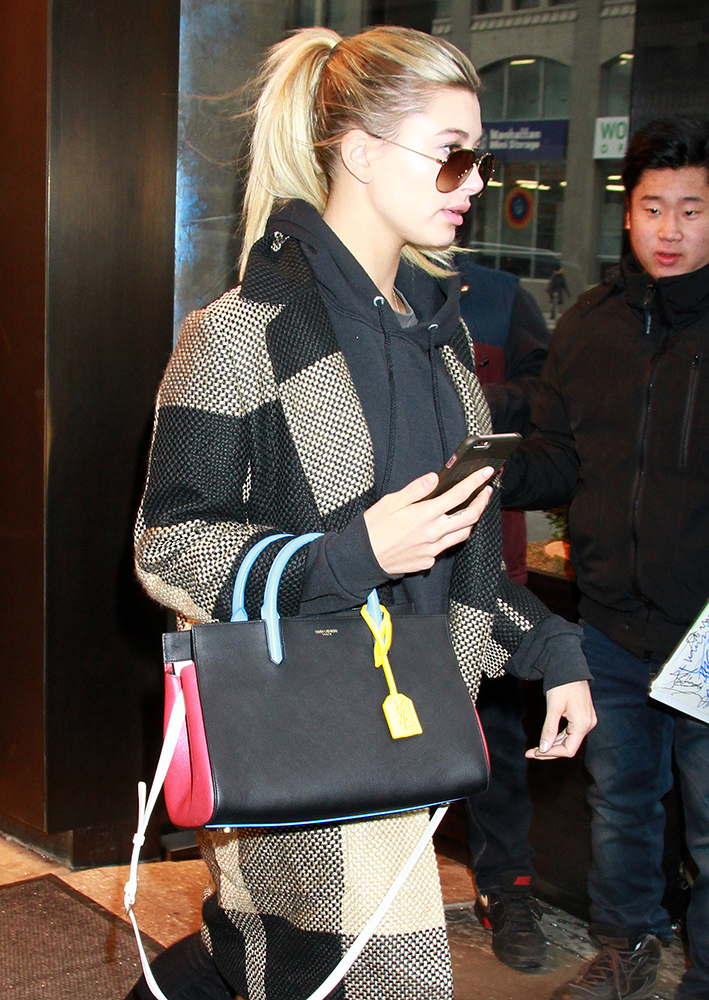 Our parade of models continues with Karrueche Tran, holding a classic red Chanel Boy Bag as she heads into a meeting in LA. 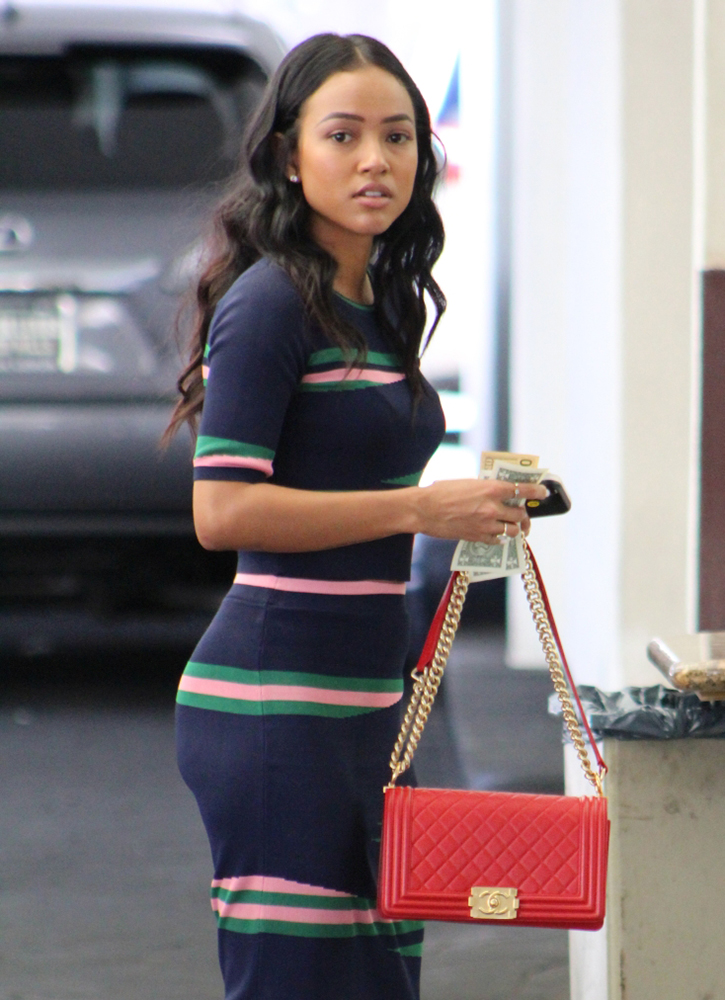 Paps recently spotted Katie Holmes shopping in NYC with a cheery yellow Dee Ocleppo Roma Perforated Tote. And yes, this is not the most flattering photo of Katie Holmes ever taken, but let's just move on. 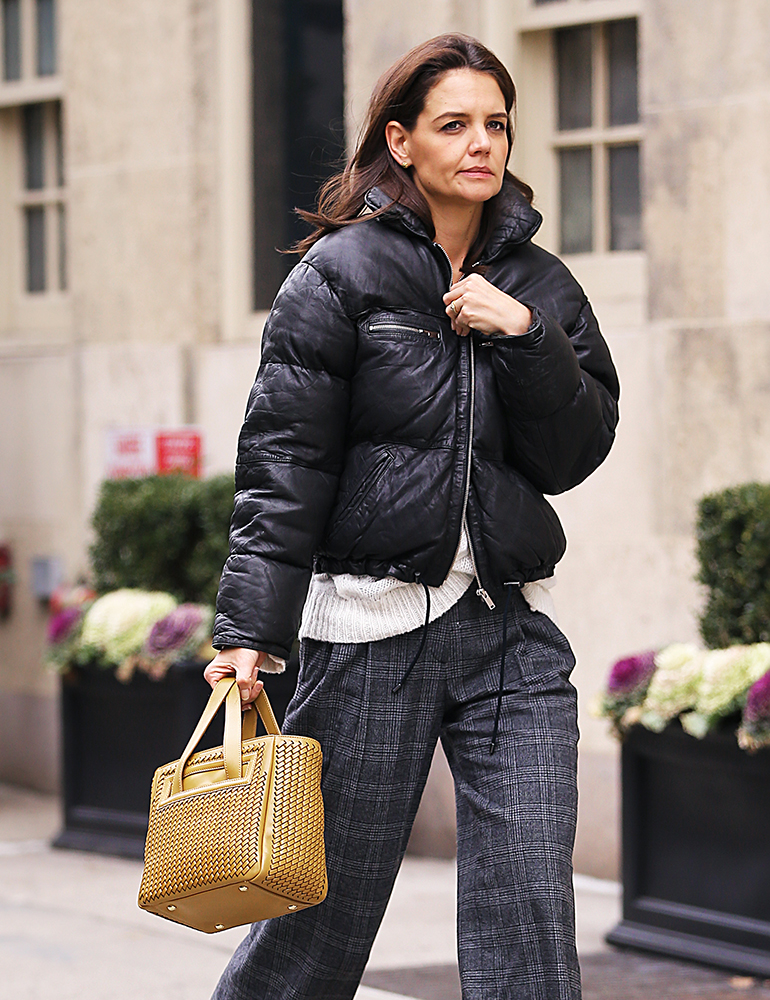 Here's Miranda Kerr, being strangled by a giant choker outside of Saint Laurent's Fall 2016 show at the Palladium in LA. She's carrying a sparkly Saint Laurent bag I absolutely adore. This oddly-timed LA Saint Laurent show may or may not be Hedi Slimane's last, by the way. The celeb guest list would certainly imply that it is: Bieber. Gaga. Lenny Kravitz and his fam, the Fannings, Courtney Love, Beck, Joan Jett, Mark Ronson...the list goes on. 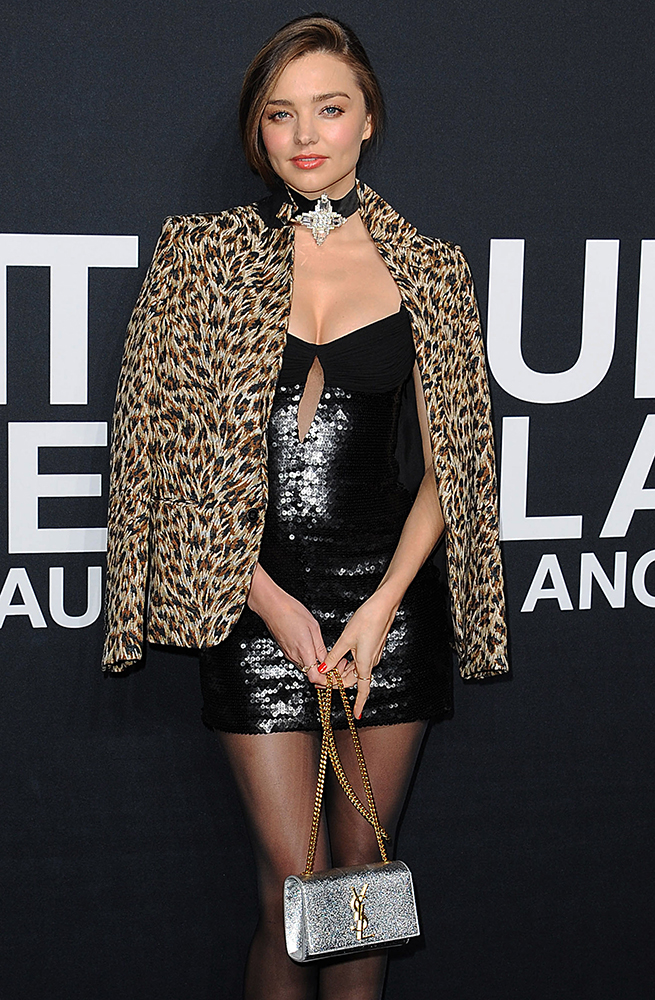 Meanwhile in NYC, it's time for the annual amFAR Gala, which always precedes NYFW. Nicky Hilton paired an eye-catching Edie Parker clutch with her lacey gown and French braids, but the real news here is that Nicky is apparently expecting, and there is supposedly a baby bump somewhere in this photo. I'm not seeing it. 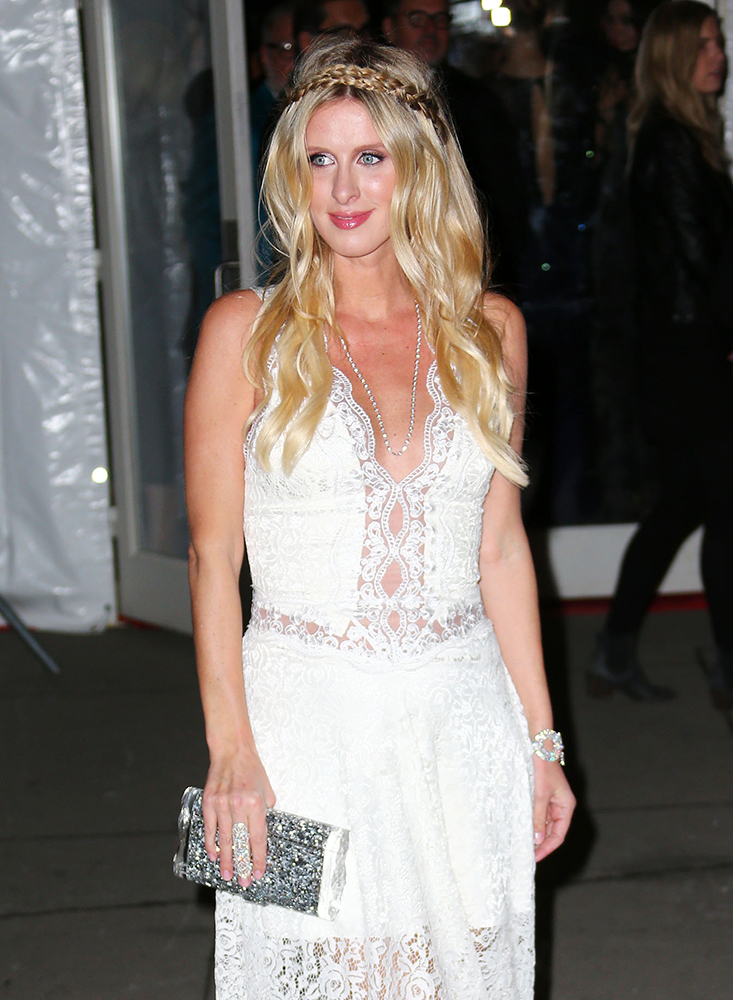 That's right, Teresa is OUT OF JAIL and she's already been reunited with her precious Louis Vuitton bags! Here she is leaving a GMA appearance with a shiny wine Louis Vuitton Vernis Alma Bag. 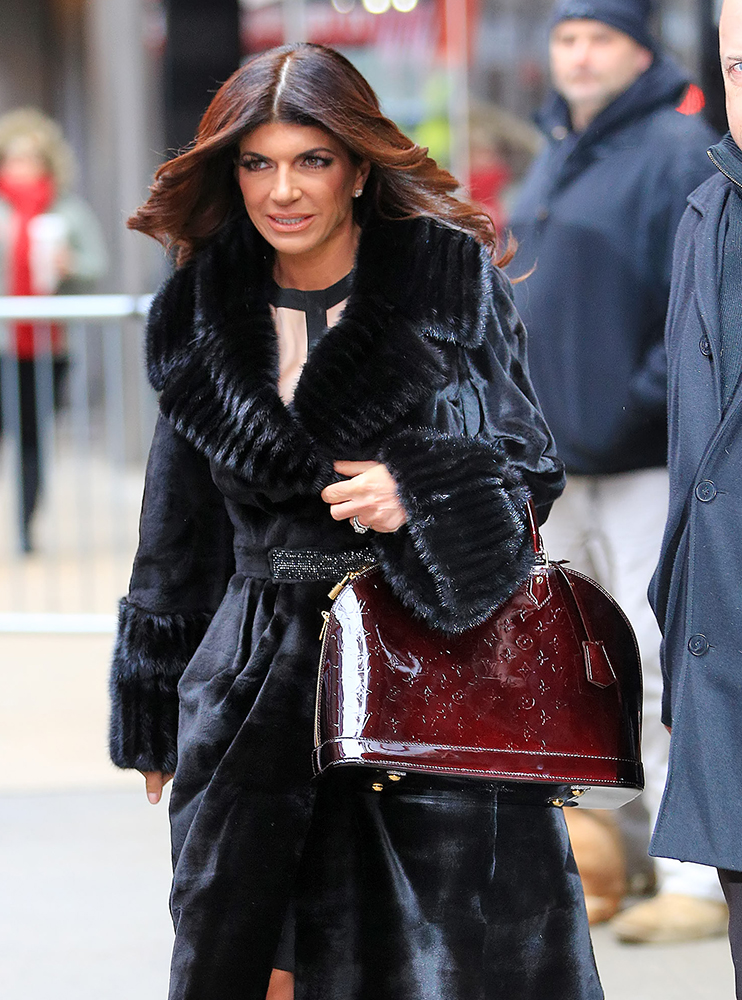