As the Holidays Loom, Celebrities Flaunt Bags From Valentino, Celine and More!

A fun set of stars we don’t always see with their best bags in tow!
6 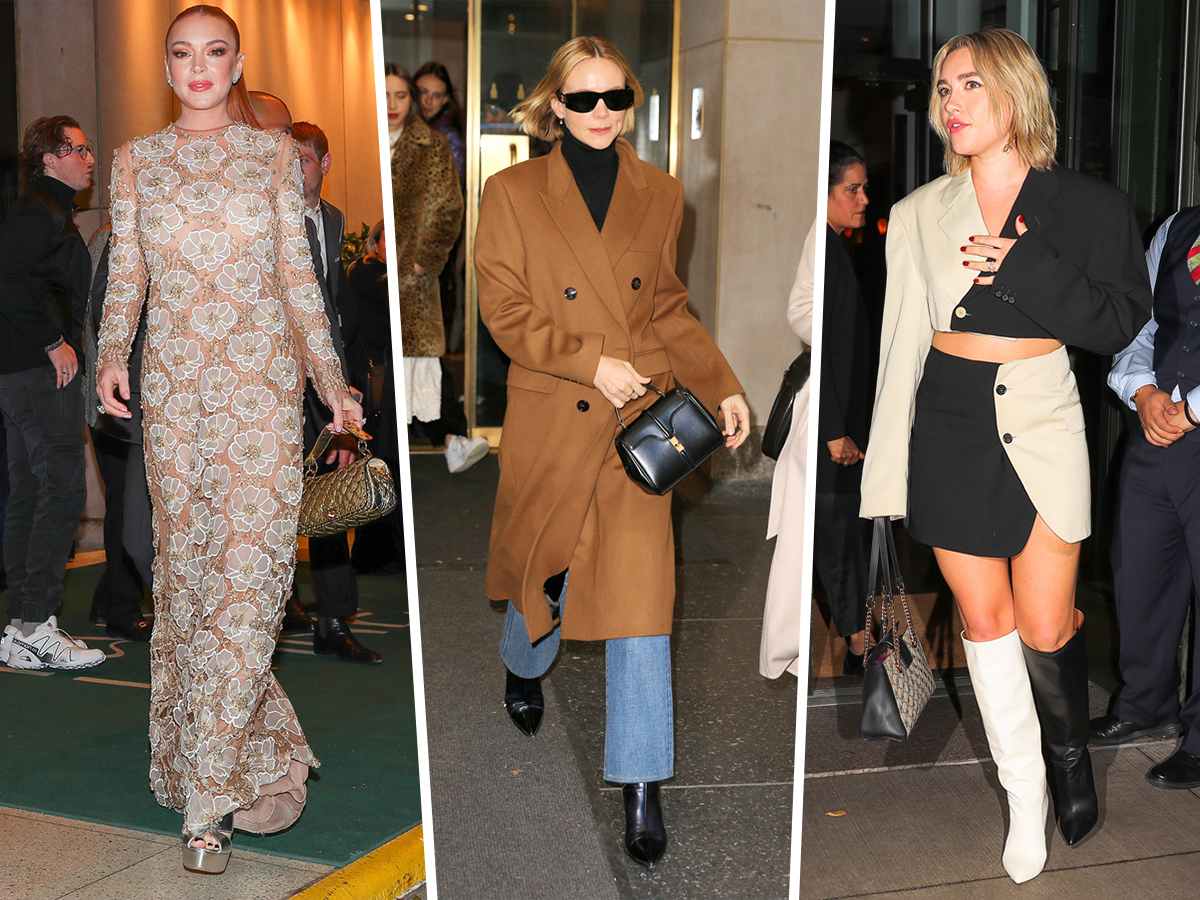 This week we saw not only a wide variety of bags carried by celebs but also a fun variety of stars! Celebs were out and about promoting projects in New York City, and we’re checking in with a handful of stars we haven’t heard from in a bit. Newly married Lindsay Lohan returns to the big screen and, as a result, returns to our small screens too! Another newlywed celebrated her first anniversary with a big party and a star-studded guest list. See what all our stars were spotted carrying below!

Lindsay Lohan, star of the just-released Netflix movie Falling for Christmas, was spotted in New York leaving a hotel. The actress has been making the rounds to promote her first film in almost a decade. She wore a stunning sheer beaded gown and clutched a Valentino Rockstud bag. 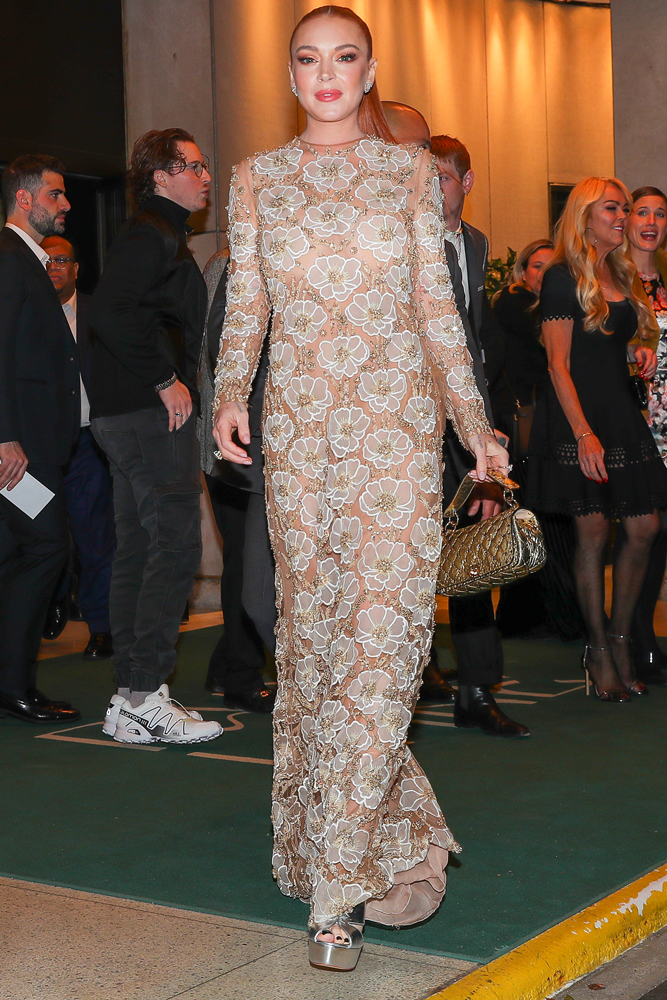 The always-stylish Emily Blunt popped into town last week, and we couldn’t be more thrilled to check back in with her. She paired a super-soft teddy bear coat with a Versace Greca Goddess bag exiting Good Morning America. 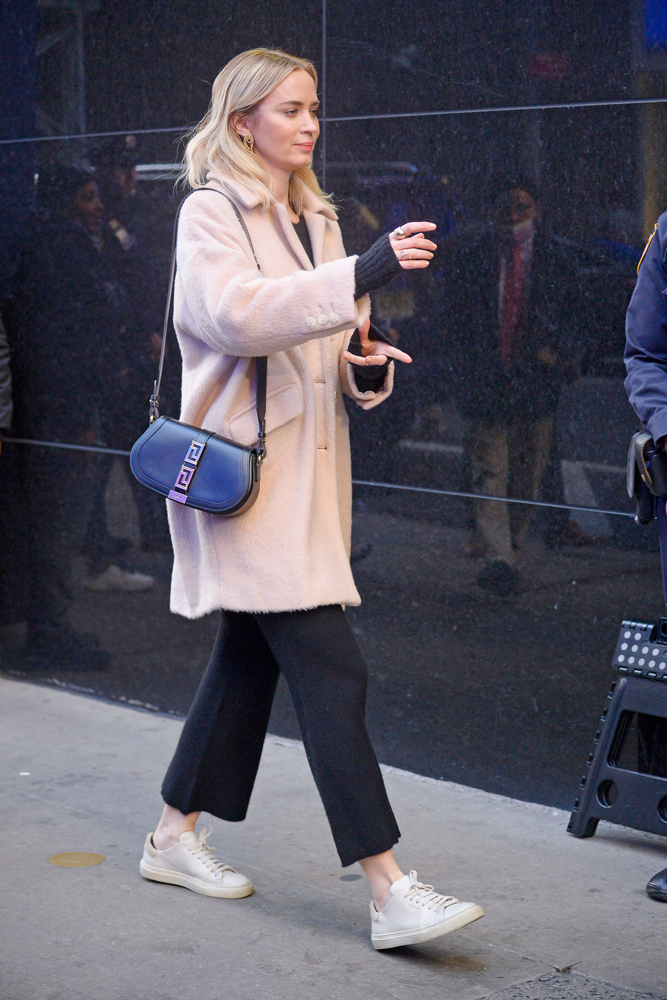 Bag queen Hailey Bieber debuted her latest addition while out and about in LA: a bright and sunny Prada Mini Cleo Bag. 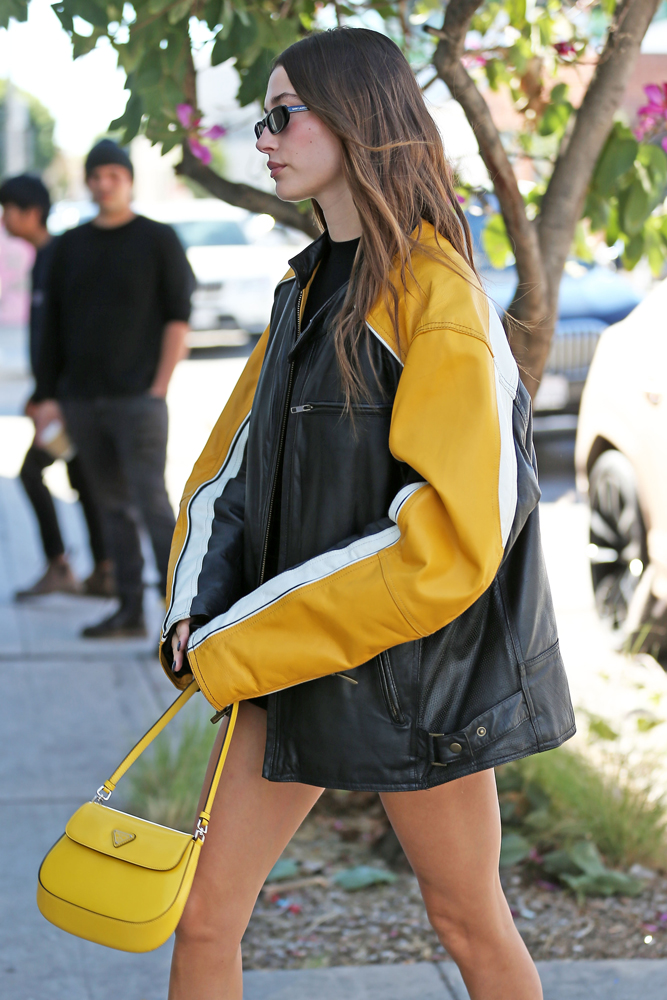 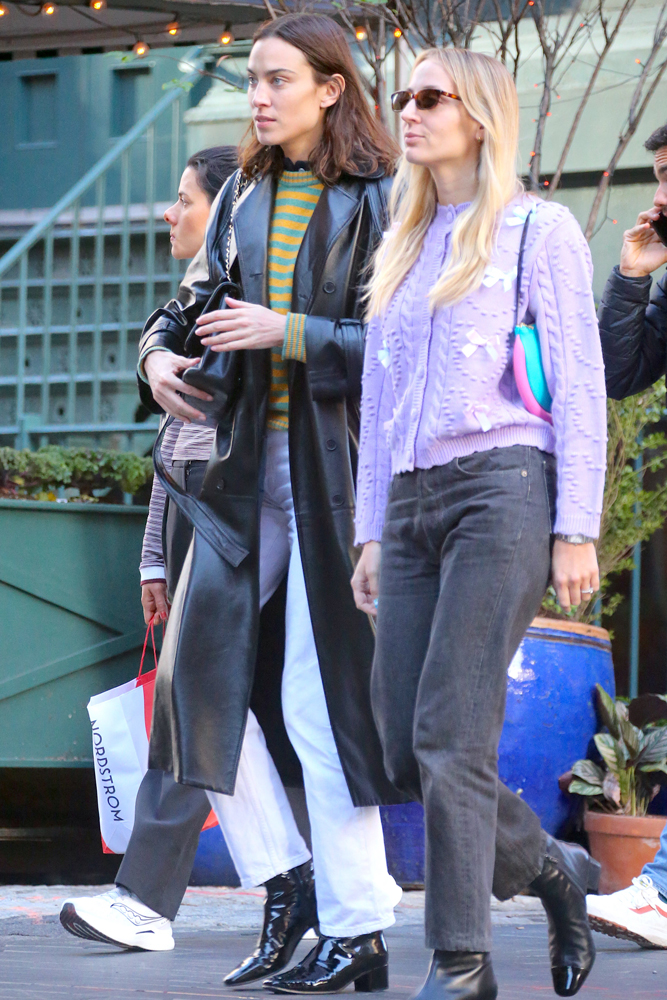 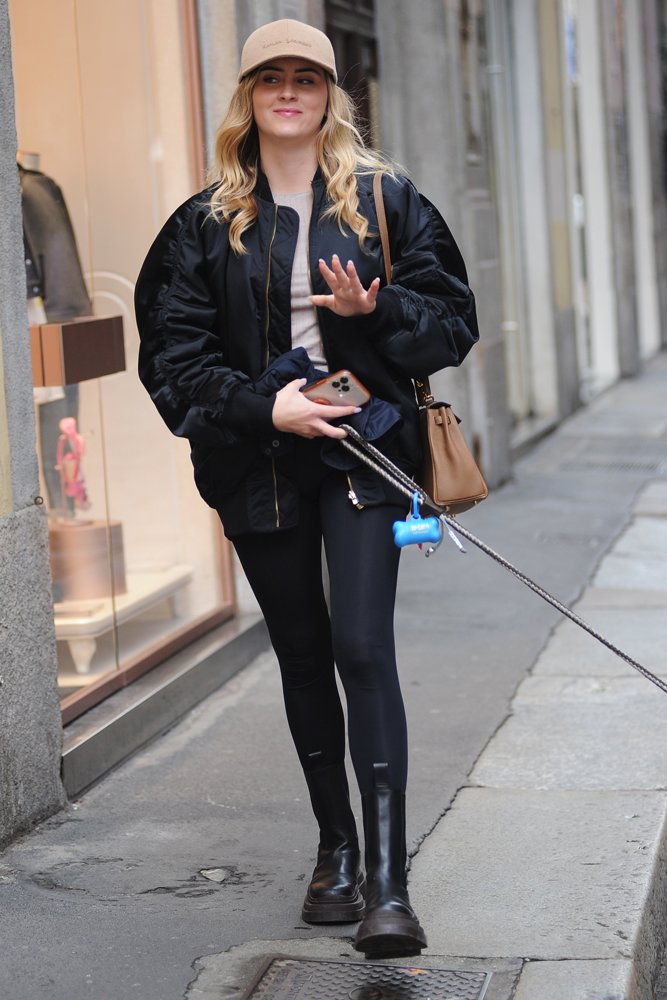 Florence Pugh, star of the scandal-plagued film Don’t Worry Darling, was also snapped in New York last week. The actress was out and about promoting her latest project, The Wonder, which has received a ton of buzz thanks to Pugh’s performance. She wore a fun mix-and-match set and carried a Gucci Padlock bag. 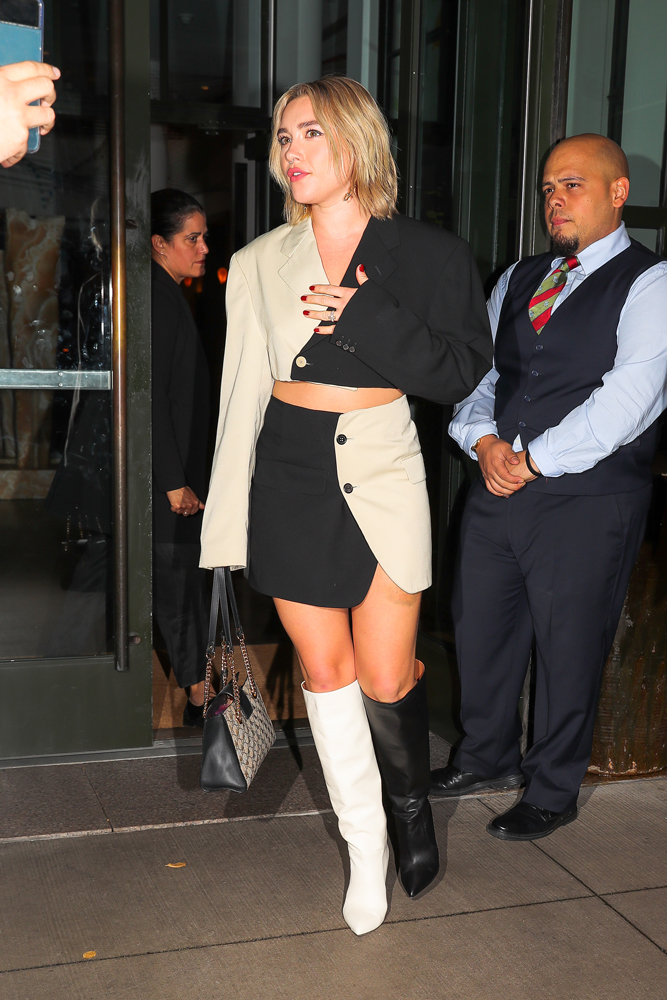 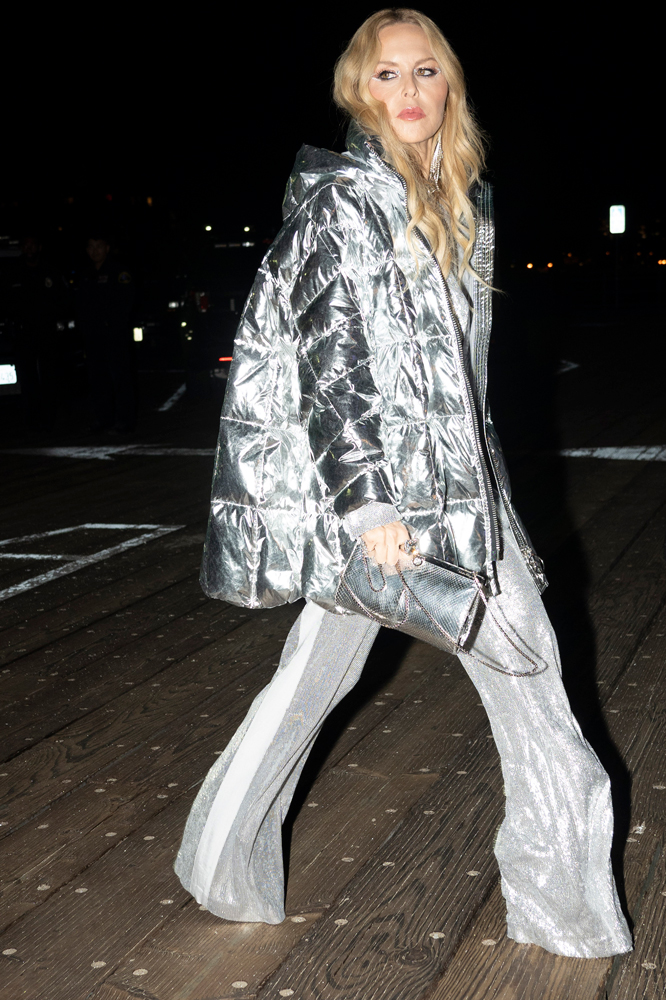 Carey Mulligan stepped out in New York to promote her new film She Said, which premiers later this week. She nailed the classic fall-in-NYC look with a sleek camel coat, black boots, and a Celine 16 Bag. 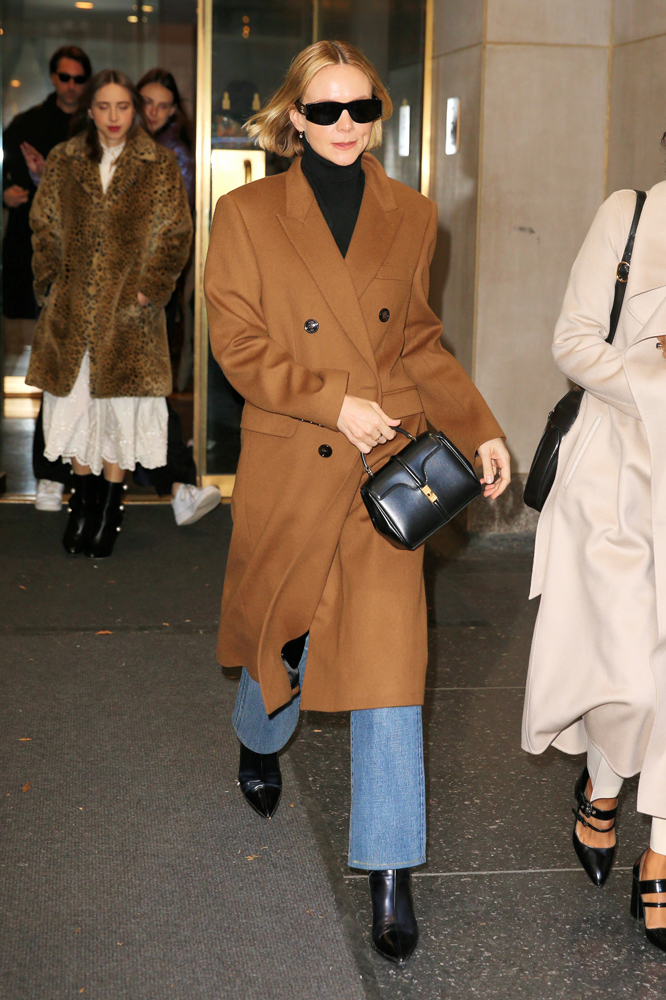 As diverse as ever! 😂

The effortless elegance of the two actresses is my style goal.