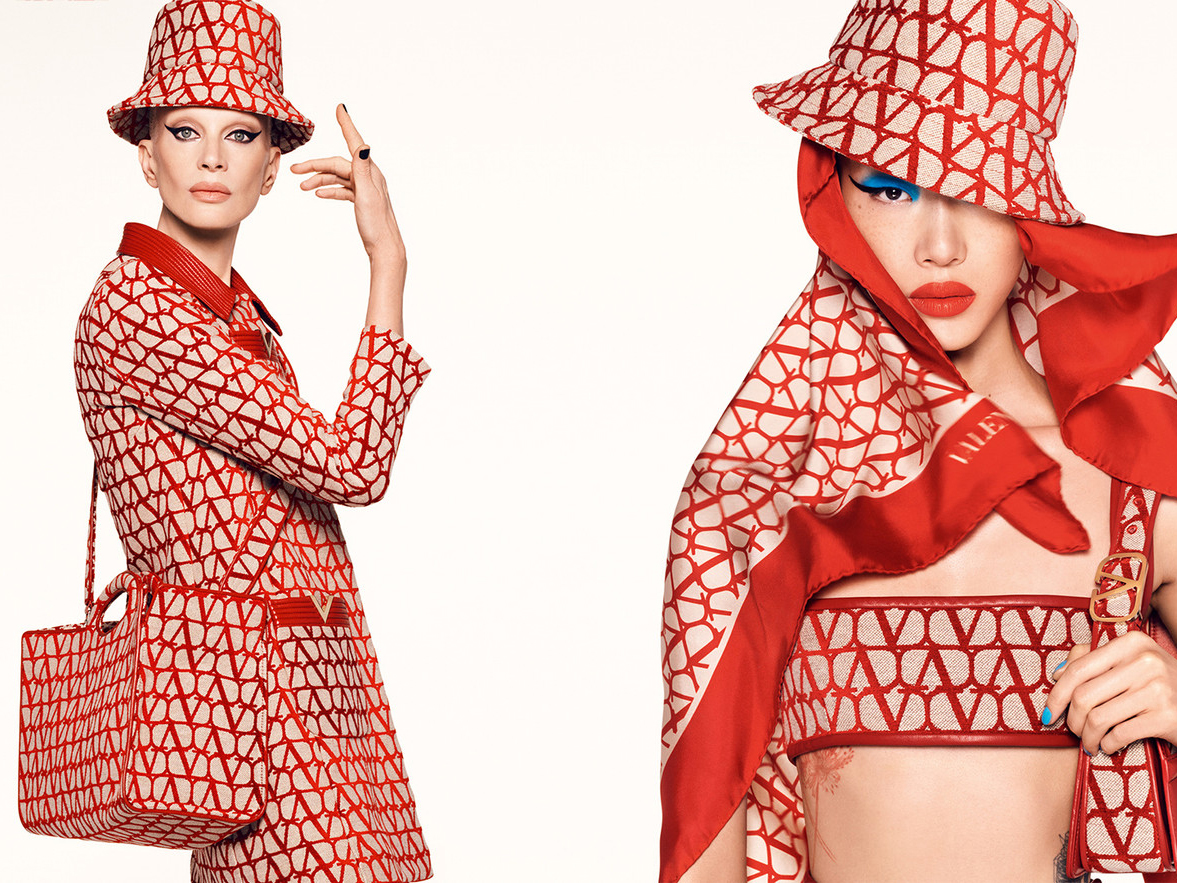 Pierpaolo Piccioli continues to surprise us at Valentino. There was a time not that long ago when his entire collection was based on one color, spanning not only a whole movement of Valentino Pink, but further propelling the Barbiecore trend, but just like that, everything is different. Though the vibrantly blinding hue reigned supreme within the show’s audience, according to Vogue, on the runway this season it was as if Valentino Pink was never a thing. Instead, fans got a glimpse of the brand’s new monogram print, which made its runway debut on the Spring 2023 runway, and now it’s here.

The Past Propelled Forward

A dizzying interpretation of the brand’s VLogo, the fresh monogram print represents a new era for the Italian House and is a re-signification of the Maison’s codes. Inspired by the past, propelled forward, the graphic print was actually inspired by a ‘V’ silhouette first seen in the brand’s Spring/Summer 1968 collection. Described as “obsessive and exaggerated,” the logo-centric motif finds its way onto a variety of pieces, from RTW and accessories to bags and even shoes.

Taking inspiration from the archives but inspired by the modern-day, the new Toile Iconographe truly feels both classic and contemporary at the same time. Imagined in a new campaign by famed photographer Steven Meisel, the pattern comes to life in mod-like images, which further portray the logos vision of the past propelled forward. What do you think of Valentino’s new monogram print? 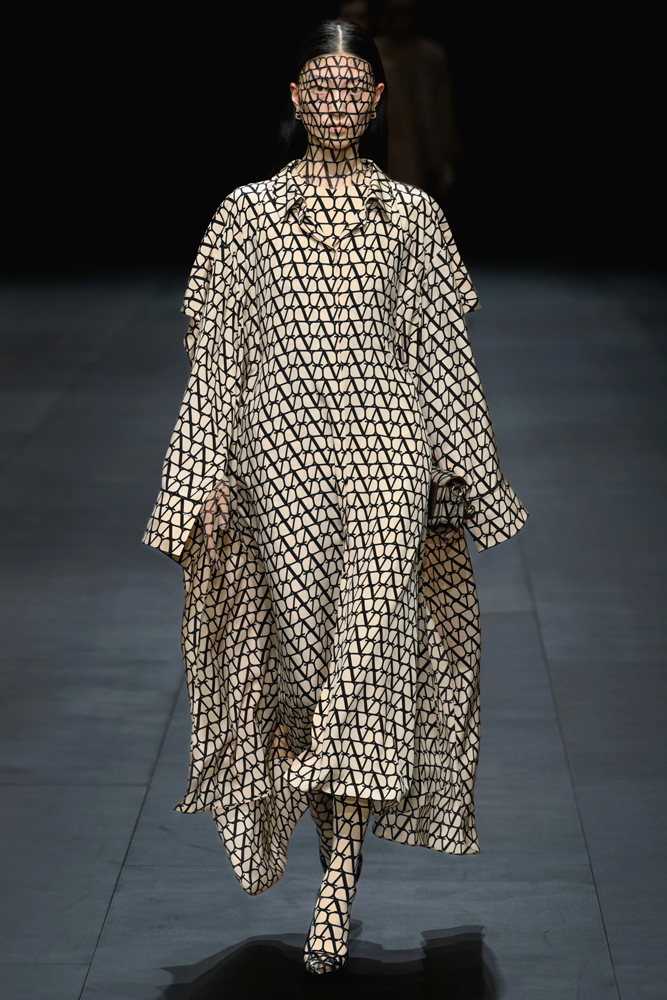 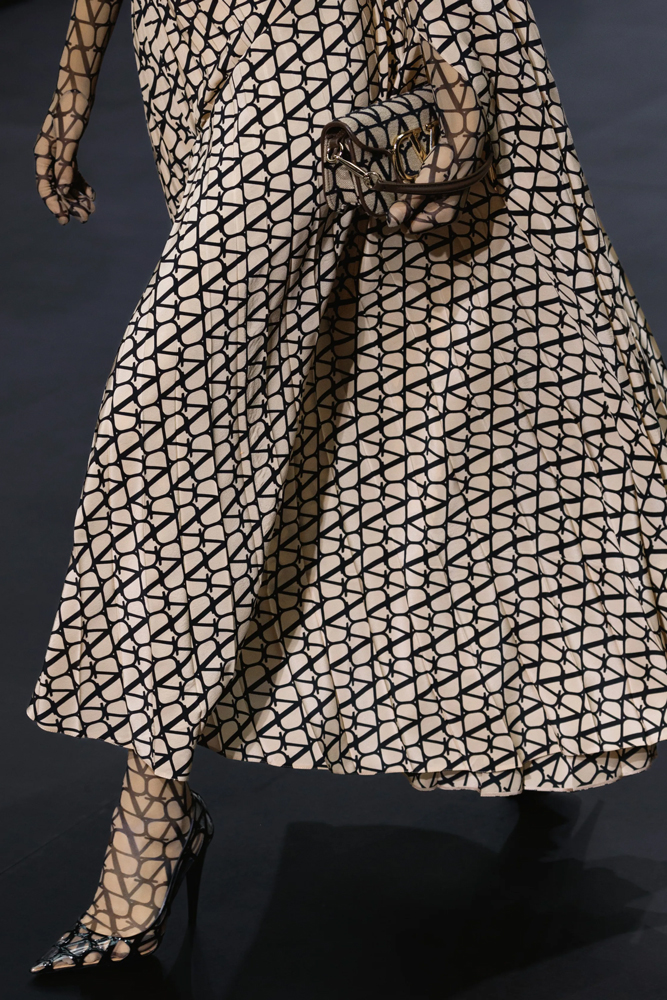 I am not a monogram gal, but this is kinda fun actually. It blends into a pretty cool geometric pattern. As a trench coat in the last variation could be quite cute. Head to toe is way too much. I think it works best as clothing – but not so much as a bag or shoe print. It should probably scaled down for shoes and bags.

Valentino is not a house that needs a monogram. The legacy of this brand is being ruined and this marketing effort is just another attempt at distracting us from the fact that Valentino himself is no longer at the helm.

I imagine more of the people that buy this would break it up and not have a Valentino uniform. I like the idea of it and its crazy to see a known house create their first monogram.

I don’t hate it so that’s a good sign