This Fall, the Most Fashionable Footwear is Rubber 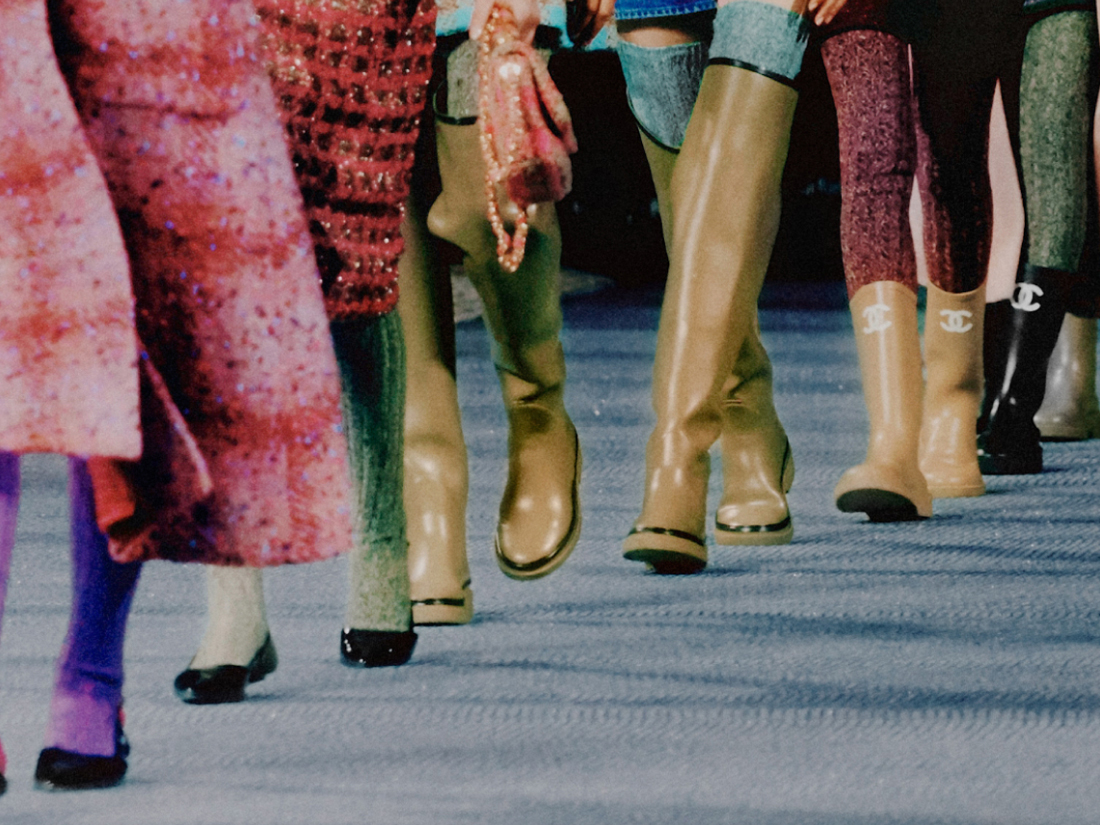 If you had told me five or six years ago that I would happily be walking around in rubber boots when it wasn’t even raining, I wouldn’t have believed you. When I thought of rubber boots, I thought of tall, rain-proof riding boots with a quintessentially British feel—the furthest thing from my style.

Of course, that’s not quite wrong, as the origins of rubber footwear come from across the pond. But, as fashion generally has become more casual and eclectic, rubber footwear has also evolved. Rubber boots have become more than just an item of function; they’ve also become an item of fashion, offered in silhouettes far beyond tall, riding boot-Esque rainwear.

Before we discuss how rubber shoes have evolved, let’s take it back, way, way back, to where it all began…

The Origins of Rubber Shoes

Many attribute the birth of the rainboot to Arthur Wellesley, the first Duke of Wellington, which is lovingly where the rainboot synonym ‘Wellies’ comes from. Rubber Wellies are actually a derivative of another kind of boot that’s roots date back to the late 1700s. In the early 18th century, Arthur Wellesley, First Duke of Wellington, asked his shoemaker to modify the existing boot to better fit him. This early version was a soft leather treated with wax. That is until the late 1800s when manufacturers began experimenting with rubber versions. 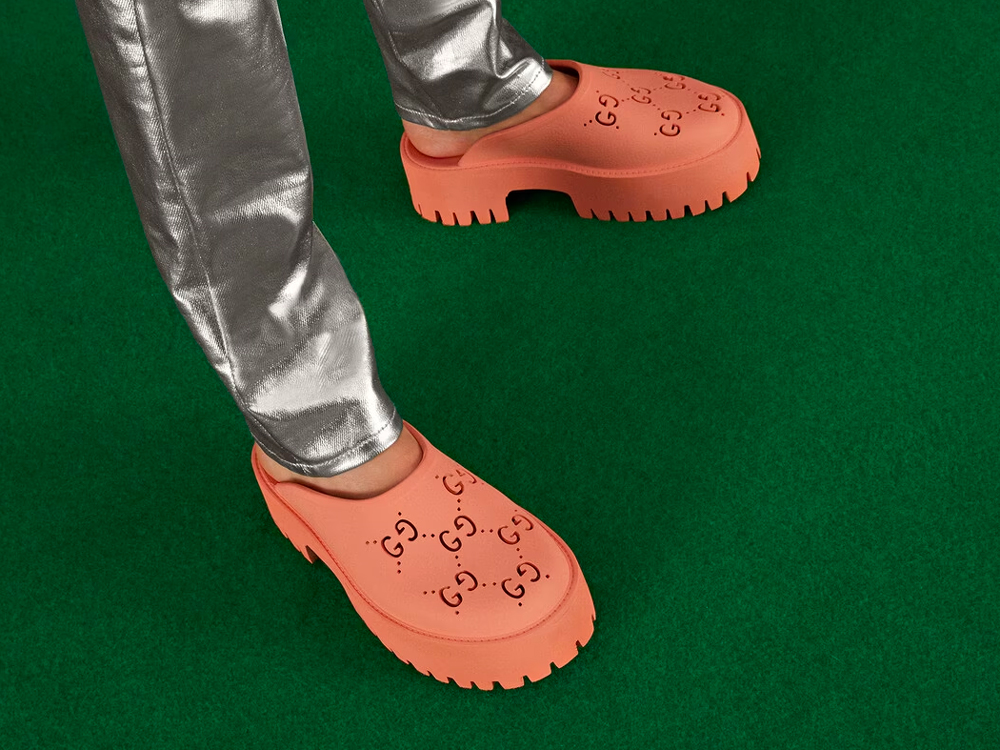 Over the years, the rubber boot has grown to become an It-item, surging in popularity as trends do — ebbing and flowing with the times. In the last 3 years, the popularity of this unlikely trend has continued to boom, and the offerings have expanded far beyond boots. This boom can largely be attributed to the advent of festival style, which was responsible for rubber footwear becoming more mainstream. As fashion girls (and guys) were eager to attend trendy festivals like Coachella, Glastonbury, and Tomorrowland with fashionable and functional footwear, designer brands took note.

These days it’s not quite out of the norm to spot a rubber shoe on the runway or worn by a fashion editor or influencer — rain or shine. From Chanel’s tall rubber runway boots to Gucci’s slip-on rubber slides and, of course, Bottega Veneta’s now-iconic Puddle Boot, which is part Chelsea boot, part Welly boot, fall’s most fashionable footwear, is also some of the most functional.

I myself cannot get enough, choosing to wear my Bottega Puddle Boots in the most wonderous shade of purple whether I’ve got puddles to jump over or not. What do you think of this trend? 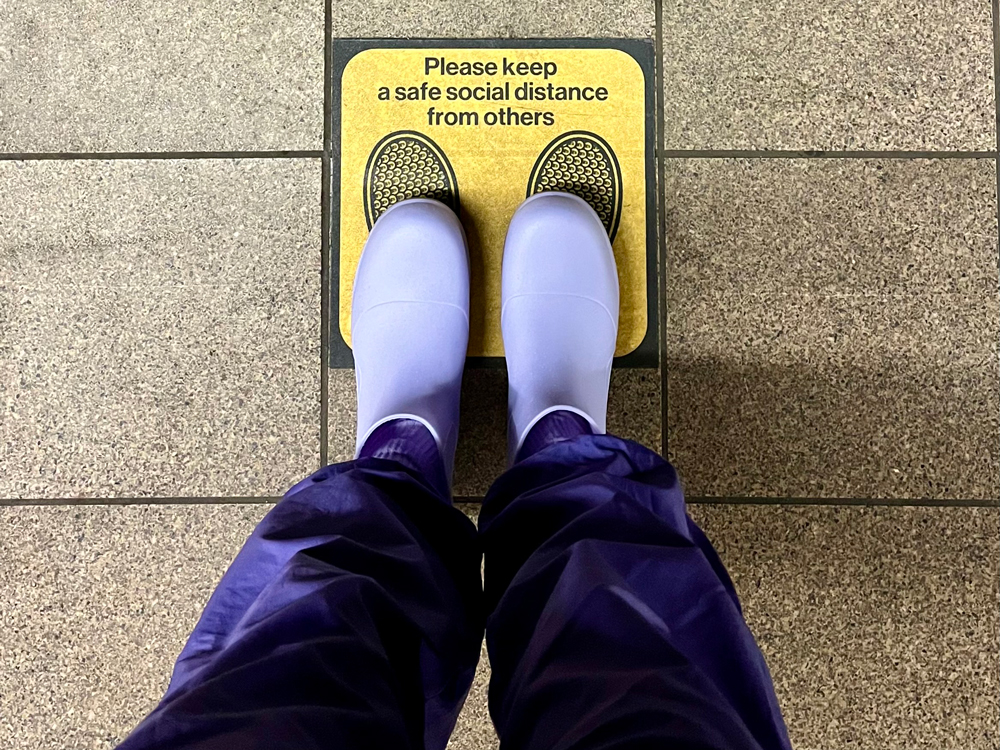 Just no. Rubber boots have a vibe oddly reminiscent of Crocs circa 2000. They make people feet look like duck feet. And pastel boots? Walk away, fashionistas. This is cheap production and big profit margins masquerading as style.

A pair of cute rubber Wellies? Sure. All other shoe types……no thank you.