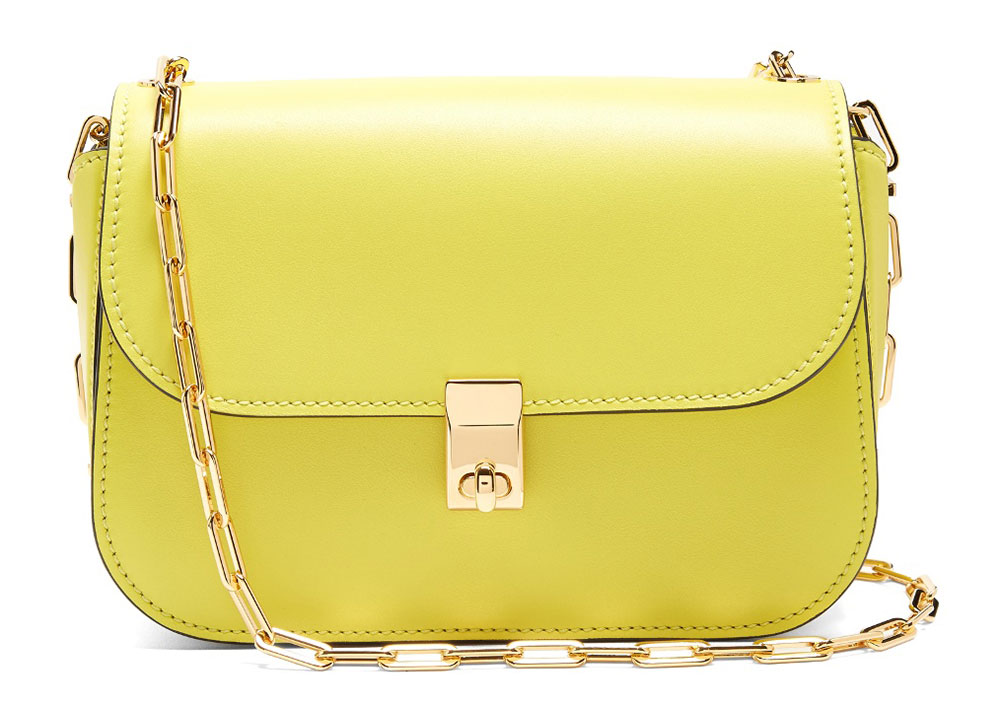 In a fashion world where designers dart from brand to brand faster than they ever have before and shoppers demand more novelty and new products at an ever-quickening rate, the introduction of a single bag line can make or break a designer’s season. Most brands known for their bags rely on accessories to form the financial engine of their business, so what’s at stake for these companies shouldn’t be underestimated.

With that in mind, we looked at what the biggest names in bags are launching these season and picked out the most notable additions to the market. Check out all our picks below.

Now that Demna Gvasalia is firmly ensconced as Balenciaga‘s creative leader, it’s time to see if the off-kilter creative vision that works so well with ready-to-wear buyers can translate to the kind of strong, sustained accessories sales necessary to keep a large-scale brand like Balenciaga in the black. The Blanket Square Bags are the brand’s newest line, which lands them on this list. 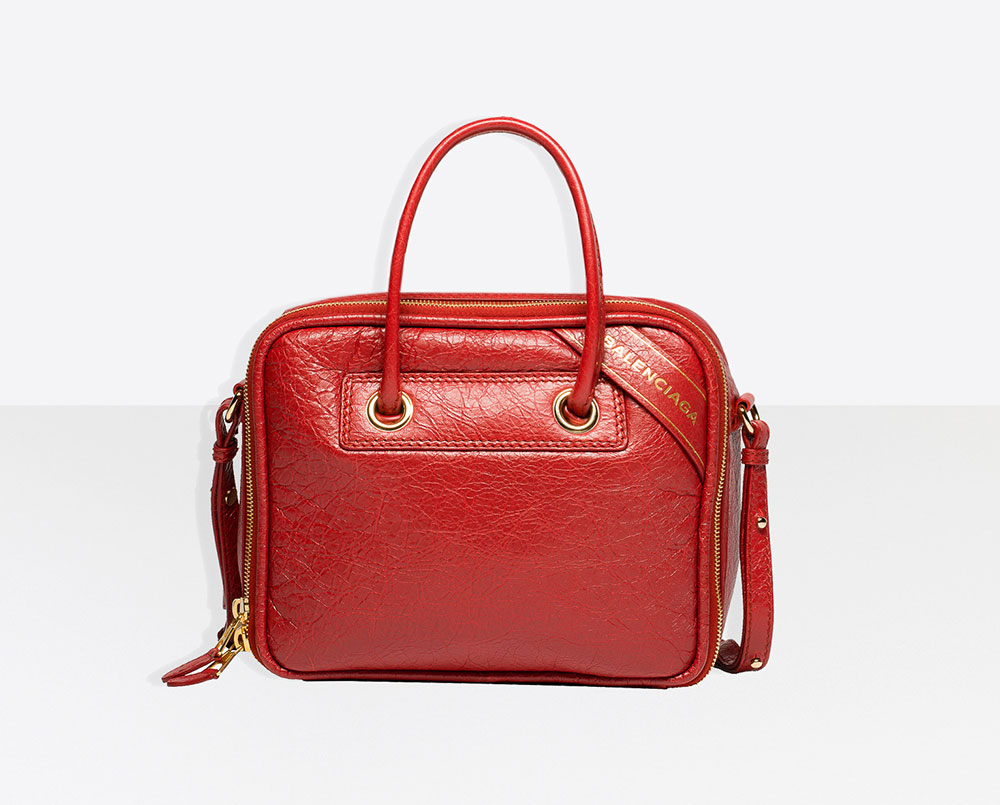 I have a pet theory that frame bags are about to become the market’s next big structural trend, and the consumer success of this bag will probably play a big role in whether or not that comes to fruition. 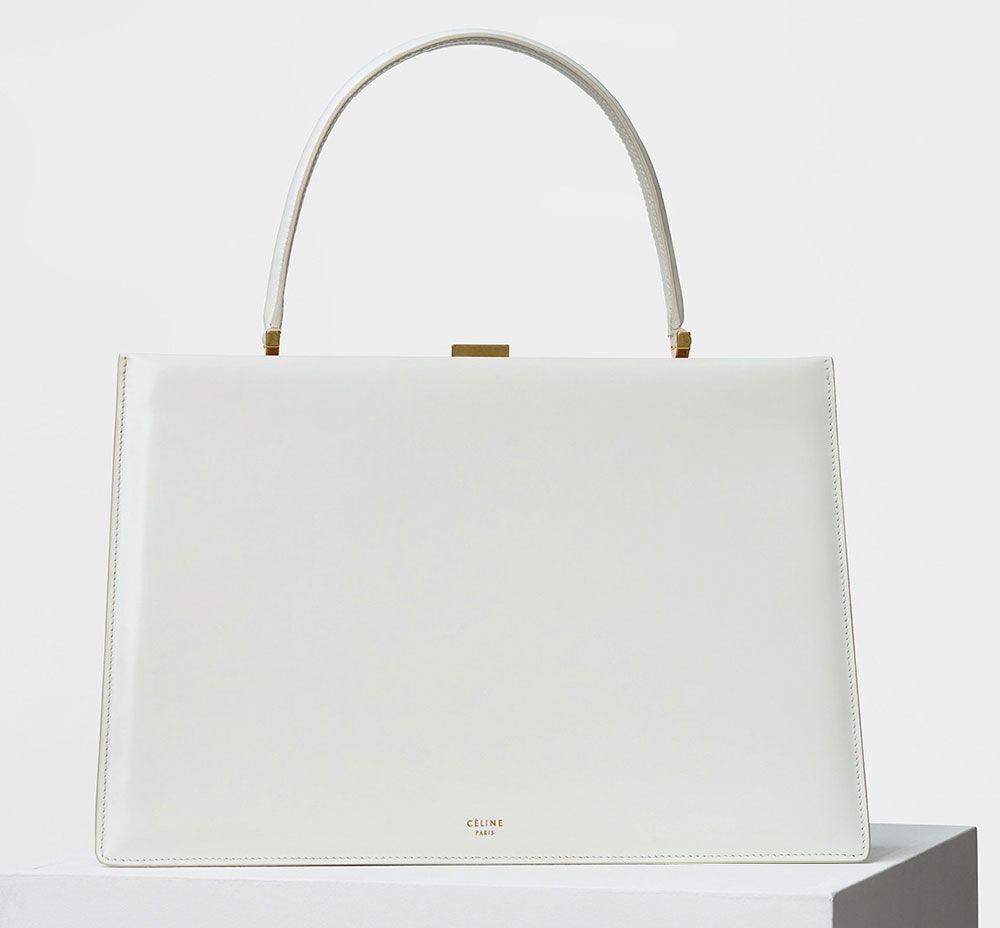 I can’t remember the last time Chanel hyped a bag launch as much as it has the Gabrielle–maybe the Boy Bag? And the Boy inspired an industry-wide trend for chain-strap flap bags, so it’s best not to underestimate any new Chanel design’s potential impact. 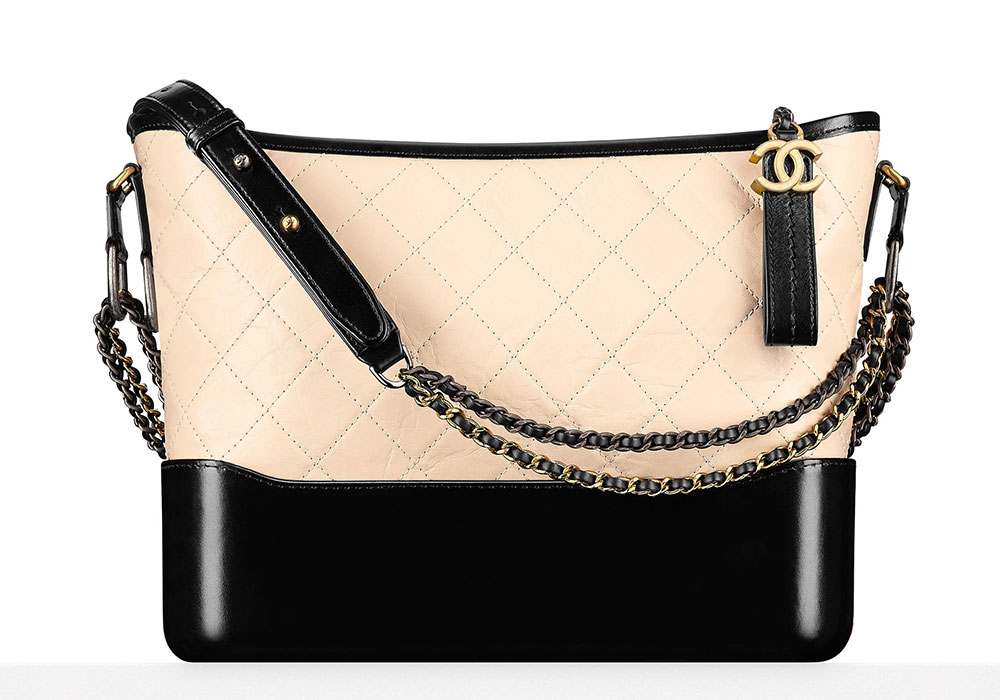 The Nile Bag offers an elegant solution to the problem of including both a top handle and a shoulder strap on a single bag (the metal ring handle folds down against the bag and looks decorative when not in use), and the bag seems to be flying out of stores if current stock levels at major retailers like Matches are any indication. 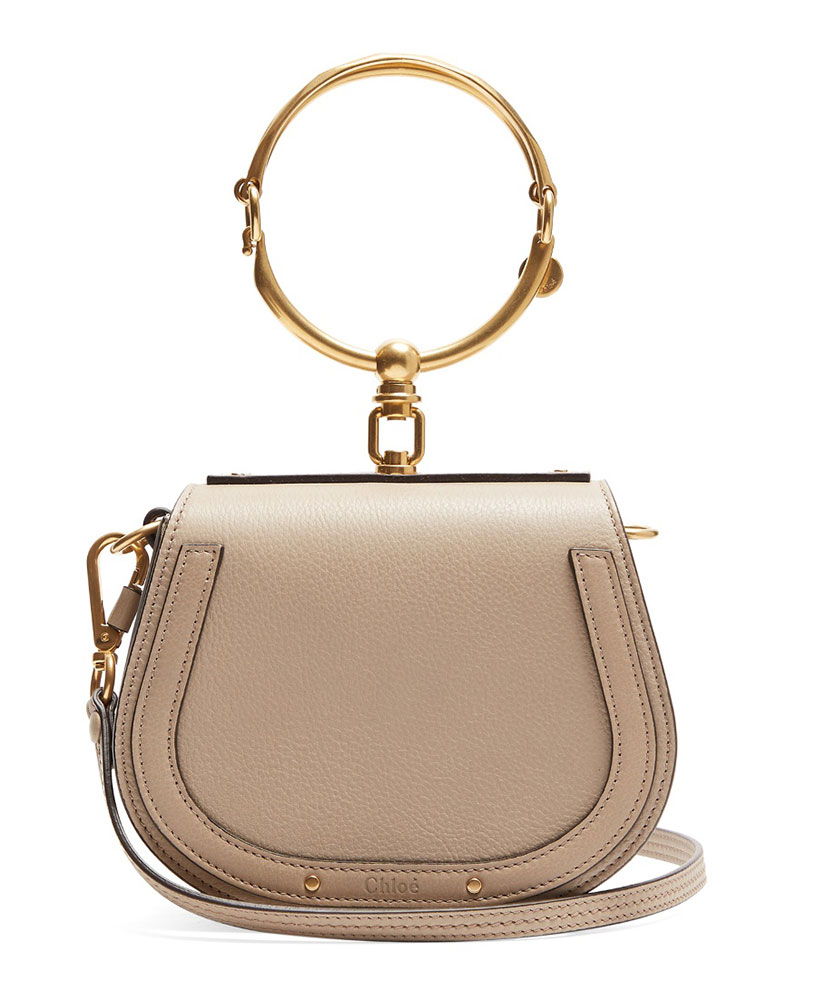 New creative director Maria Grazia Chiuri has chosen a very different direction for Dior than her predecessor, Raf Simons, and the consumer appeal of that decision is very important for the brand’s bag business. Only time will tell how bags like the one above will be received. 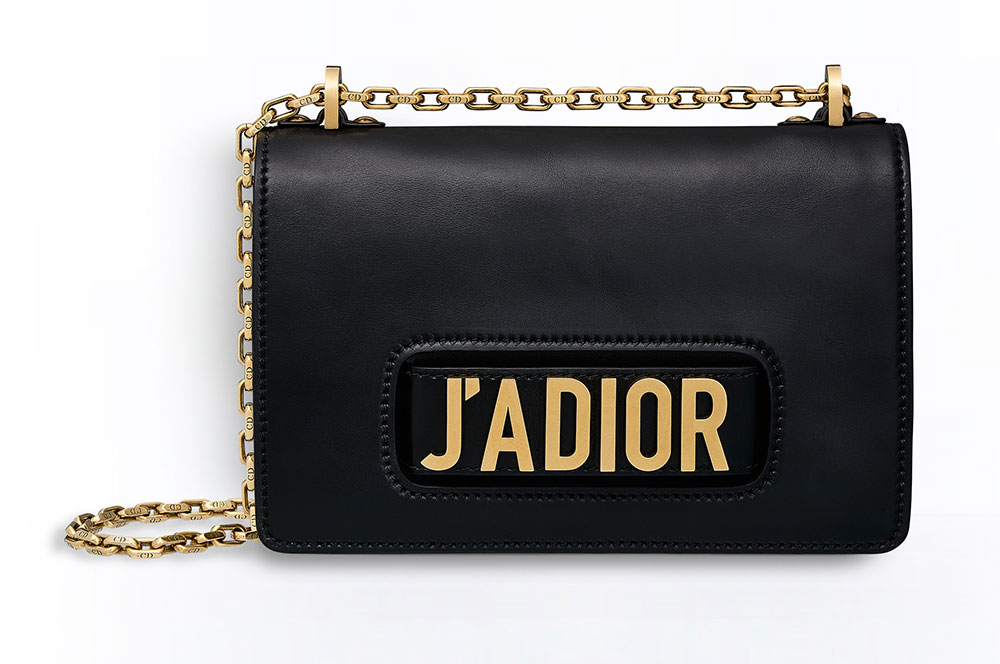 Fendi has had enormous success with its bags in recent seasons, but a tailored shoulder bag has long been a gap in its current lineup. The Kan I has come along to fill that spot, and Fendi has gone all-in on the design with a plethora of ultra-embellished versions, as well as the standard bags themselves. 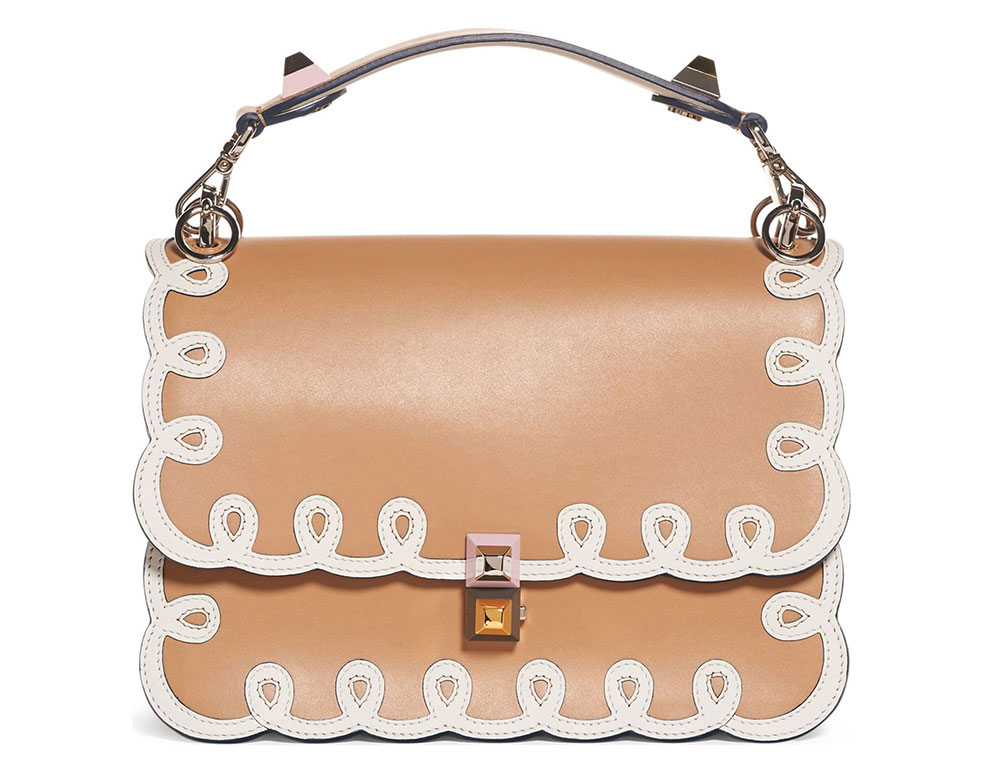 The Sylvie isn’t a new bag in and of itself, but this new mini version makes the tailored top handle more accessible to customers looking for casual options, which is right in line with Gucci‘s emphasis of the Sylvie for spring. And where Gucci goes these days, a lot of other brands follow. 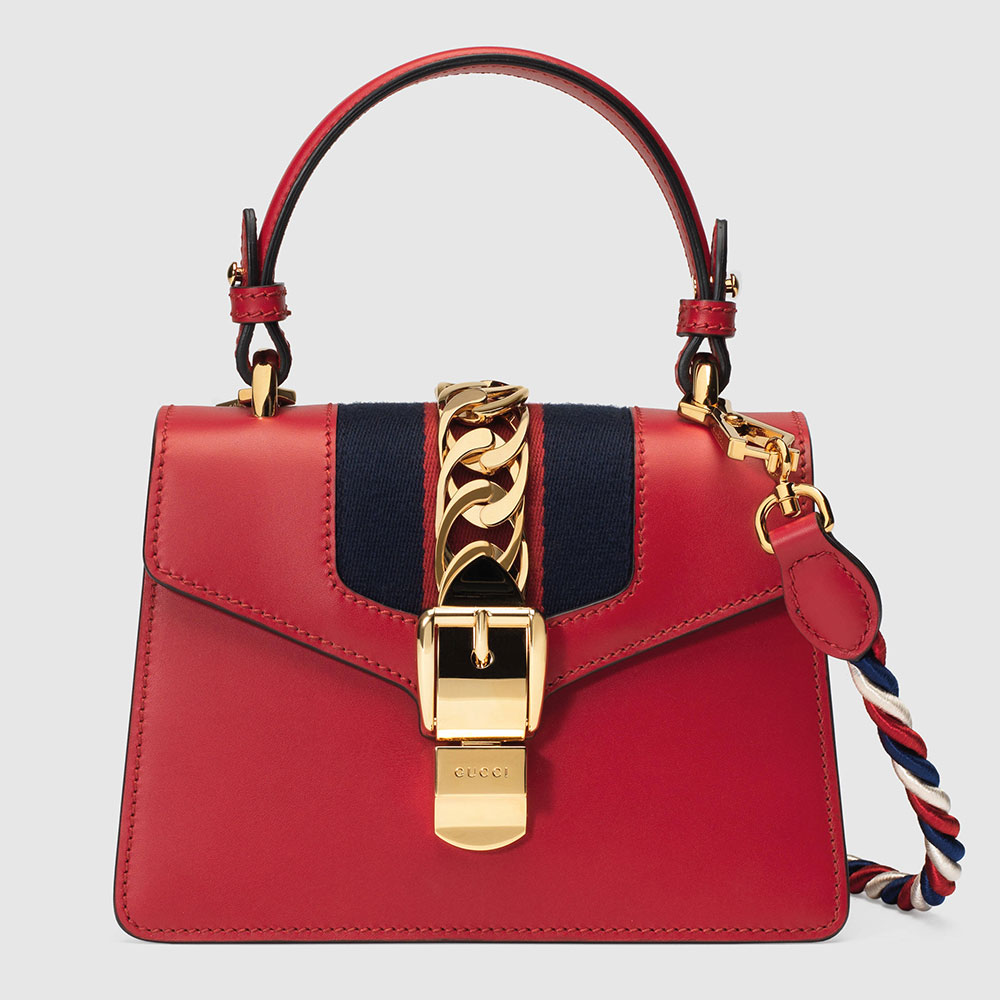 When we introduced the new Monogram Colors bags, our readers had an enormous positive response. That’s a very good indicator for the world’s biggest luxury brand: modernizing consumer perception of the Louis Vuitton‘s monogram is important for sales, and these bags are a big step in that direction. 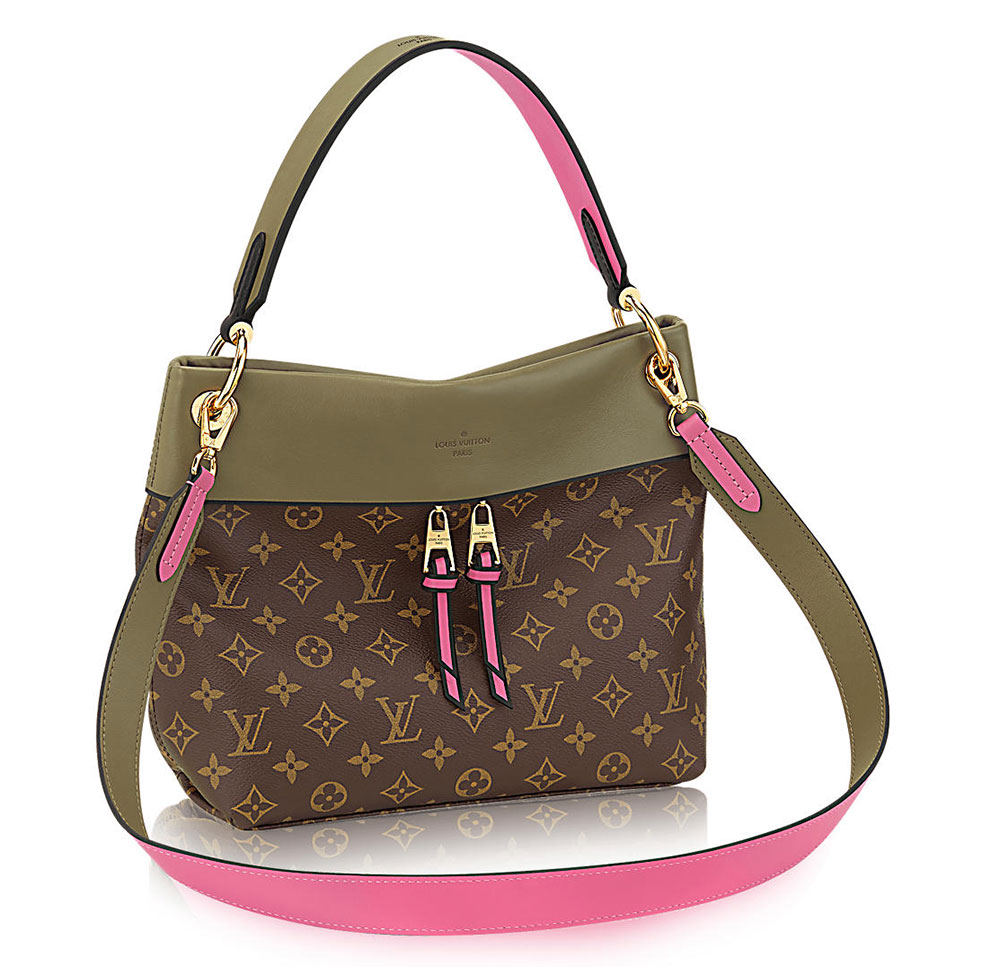 Spring 2017 represents a big expansion in indie darling Mansur Gavriel‘s handbag lineup, with more than half a dozen new designs, including the Metropolitan. Basically every bag the brand’s released so far has been a hit, so these new designs are its biggest test yet. 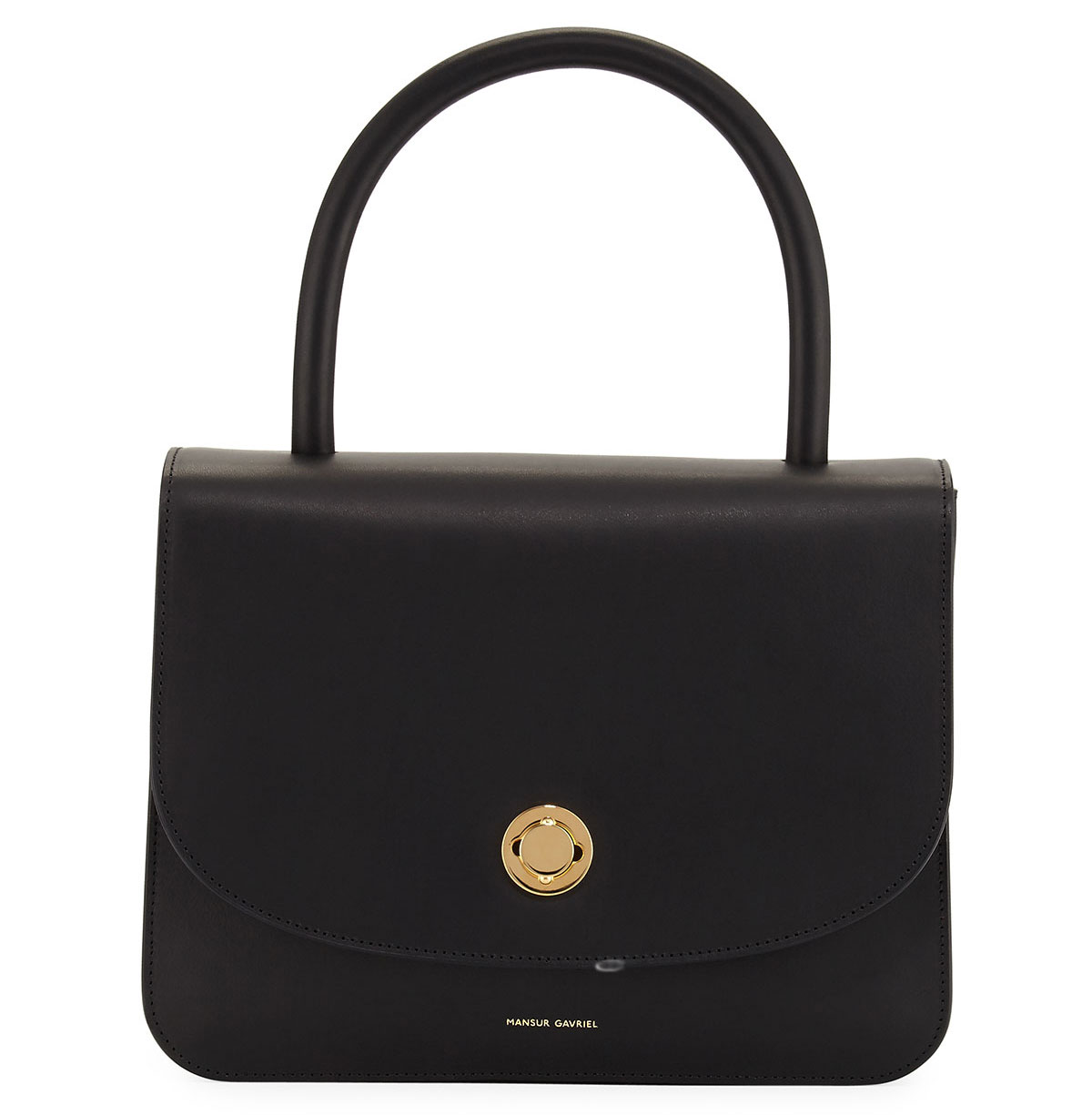 Prada is in the process of recalibrating parts of its handbag business, and so far, the brand’s efforts have been a success: the brand’s new bags over the past two seasons have felt fresh and modern, but still unmistakably Prada. The next big debut is this bag, in stores now. 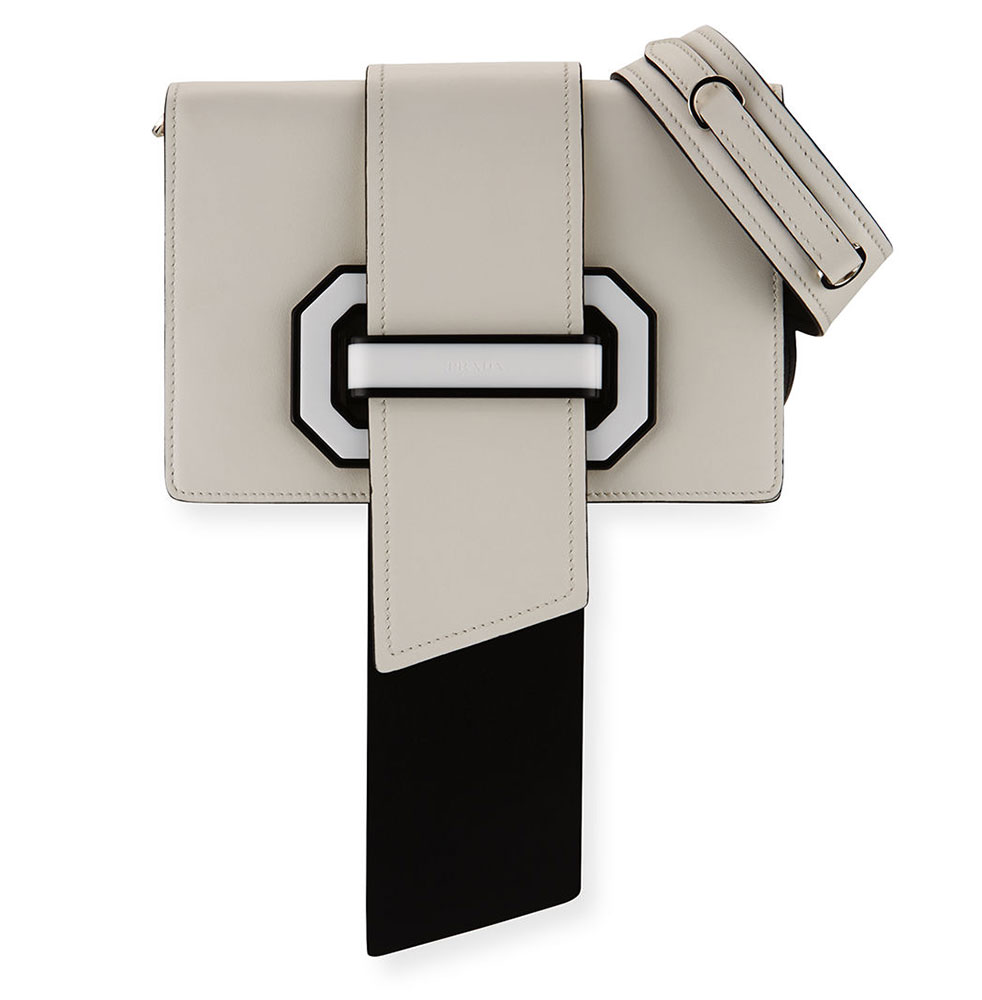 New Saint Laurent designer Anthony Vaccarello doesn’t have a great deal of experience with handbags and has done little to change the accessories established by predecessor Hedi Slimane, but the Loulou bags are an appealing continuation of the ideas set forth in the Monogramme line. I’ve already notice several of the bags sell out and get restocked, so consumers seem to appreciate the gentle transition to Vaccarello’s YSL. 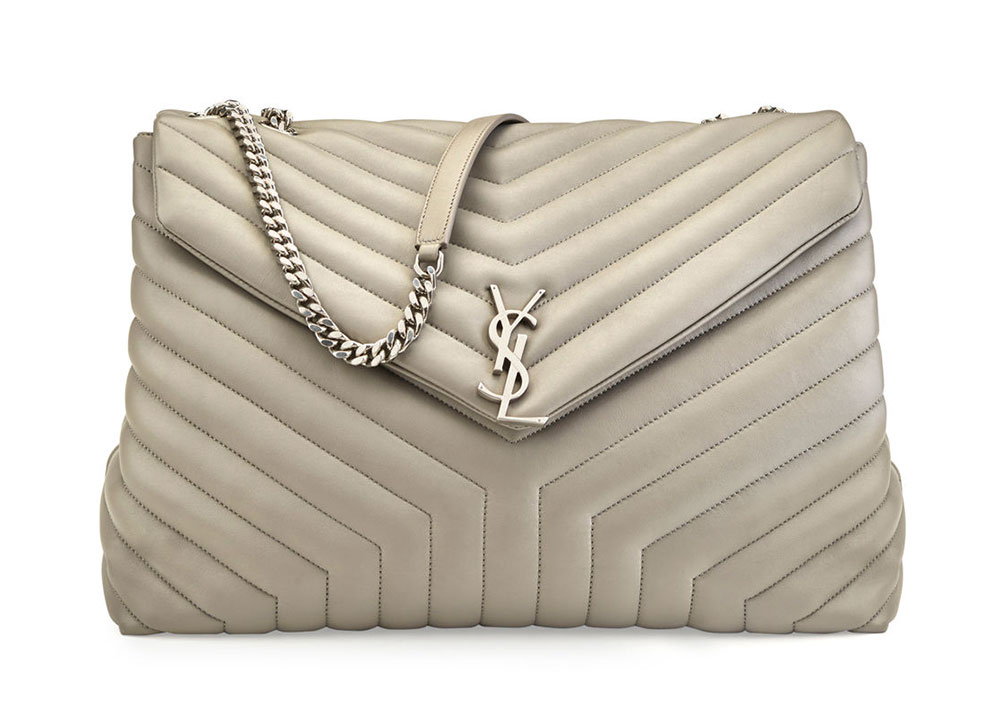 Pierpaolo Piccioli is going it alone at Valentino after partner Maria Grazia Chiuri’s departure for Dior, and the former handbag designer has taken no time at all to set the brand off in a new, less Rockstudded direction that still feels like classic, ladylike Valentino.

My two-cents: I LOVE the Gabrielle (nice blend of iconic features). The others are just MEH. Hate the Chloé Nile (add a set of keys and it’s something out of a 17th century dungeon).

Love the Valentino! I like the Chloe bag too. It’s different but with interesting style. It is not the same thing we always see.

I tried to buy the Louis Vuitton Tuileries Besace Bag while in Paris last week. I was told the bag was not available in the entire city. I am a bit confused as to why they wouldn’t have even one of these bags in Paris of all places? Actually the selection of bags at the LV George V was rather surprising as I was really to spend some money, but they had such a small selection. Any idea how I can get the Louis Vuitton Tuileries Besace Bag here in the US?

Also, I really like the Gabrielle bag. I saw a few on the shelves at Chanel at Le Bon Marche. Now thinking I should have waited in line and looked at one more closely.

You are making my next bag purchase so much harder than it has to be!! 🙂

Beautiful bags! I love this collection. Recently I purchased this minimalist corossbody bag, and I love it! I found it on http://www.inconnulab.com 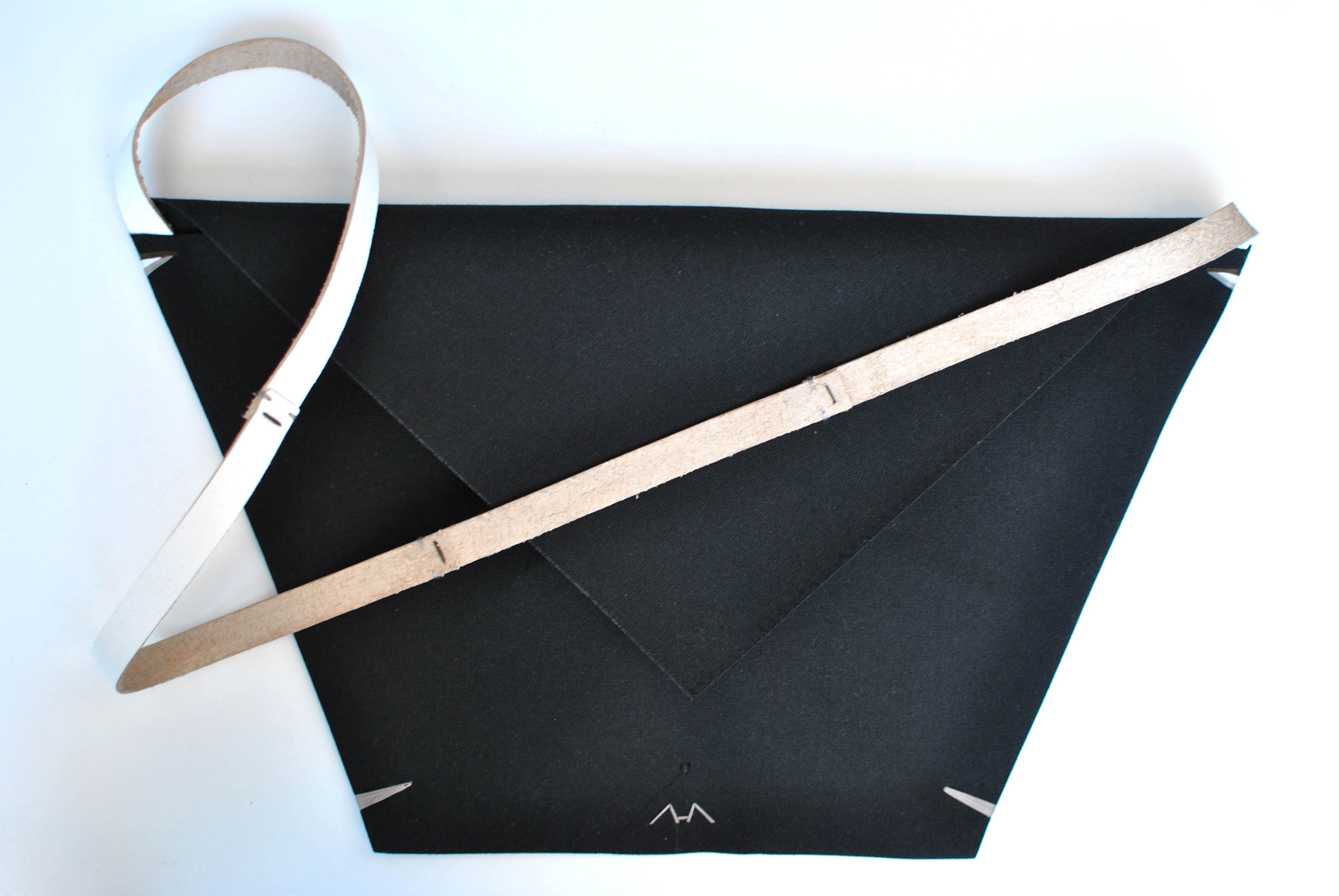