Why Do People Love Fanny Packs So Much?

The fanny pack has become one of the most polarizing products in fashion history. Why do folks feel so strongly about it?
13
By Anna Rahmanan •  Aug 17, 2021

A truth seldom accepted by the public at large: fashion and comfort don’t come hand in hand. As a matter of fact, plenty of generally-regarded-as-extremely-fashionable looks require the complete abandonment of the mere idea of comfort.

Beauty is, indeed, pain—which is likely why fanny packs have always squarely fallen within the realm of the avoidable, un-pretty and un-stylish. And yet, although arguably the ugliest thought-of accessory in the style canon, the fanny pack is undoubtedly one of the most useful. Whether donned by working mothers, men on errands or teens at concerts, the fanny pack clearly serves a purpose.

Often referred to as a belt bag (perhaps an attempt by the lords of fashion to jazz up the product and make it more palatable), the fanny pack seems to mostly elicit two sorts of responses: people either love it or hate it. 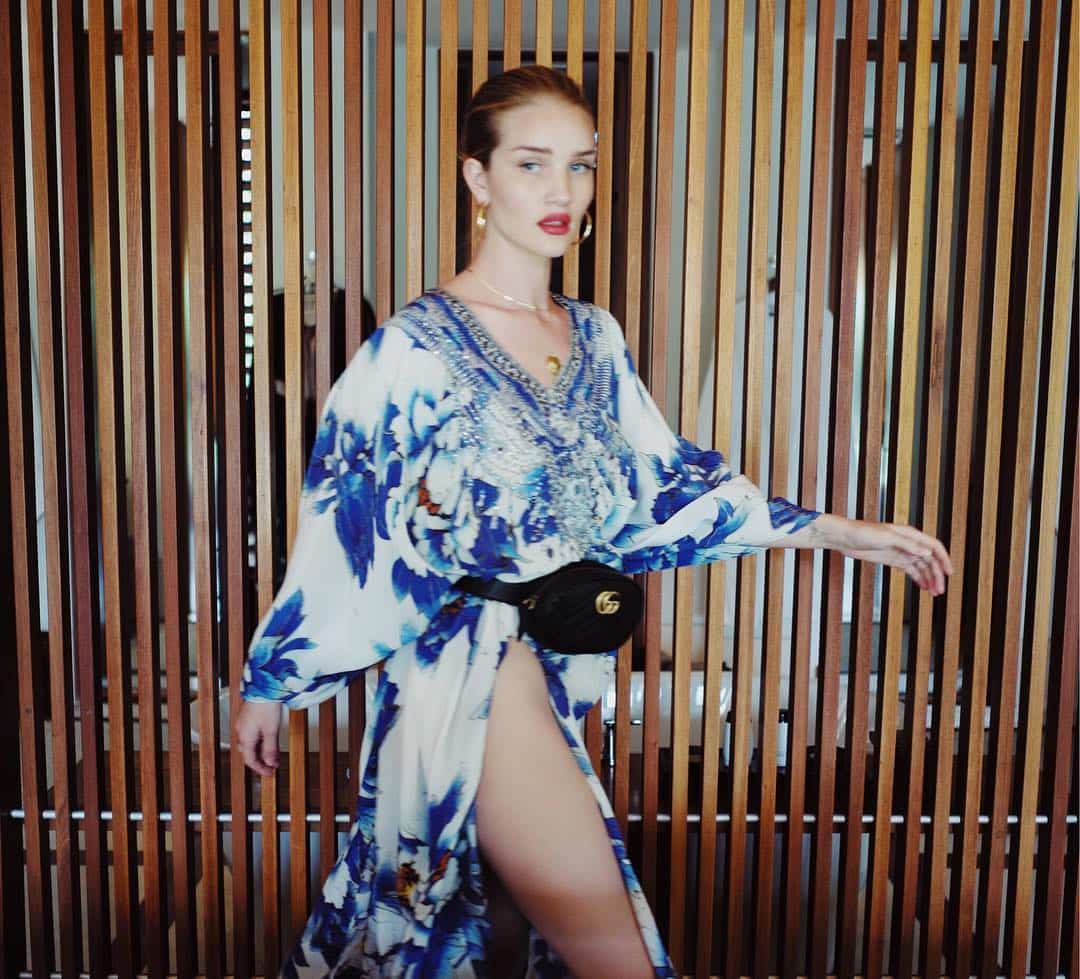 So What’s the Deal With Fanny Packs

The steadfastness of each camp’s belief system alongside the juxtaposition between the product’s unattractiveness and its utility got me thinking: what is it about the fanny pack that folks hate? And what is it about it that some others absolutely swear by?

A mere Google search about why people hate fanny packs unleashes a barrage of results listing reasons why you should never wear one (Nobody will have sex with you! Only uncool people wear them! They obstruct your outfit! They never look pretty!) and deep dives into what it is that makes the item so polarizing in the first place. Overall, it seems like the general consensus is that, although extremely useful, the bag is anything but flattering. Which begs the question: what makes the fanny pack so ugly to most people’s eyes?

“For starters, they accentuate the stomach,” says New Yorker Roxanne Calderon in a group conversation about the topic among a bunch of 30-year-old straight women.

“They are in no way flattering,” agrees Jamie Sopel. “They cup your gut.”

Rachel Nabavian chimes in: “They literally highlight the fattest part of my body. Is it attractive? No. Is it convenient? Yes.”

Convenience seems, indeed, to be the most commonly referred-to aspect by fanny pack-wearers—a redeeming quality that might even make up for the product’s lack of style.

“I love to wear one when I’m active,” explains Calderone. “I’ll use one when running errands or out for a walk—I won’t wear one on a night out.”

Jasmine Dilmanian, also a New Yorker, mentions wearing one while exercising—specifically, “a slim, flat one made of legging material.”

The correlation between the bag and working out reflects a larger trend involving athletic wear, an industry that has enjoyed a resurgence of sorts in recent years, giving rise to an entirely new style of clothing dubbed “athleisure.” The latter category refers to, in simple terms, dress-up sports wear.

When Did They Originate

Although first appearing in the mainstream as far back as the 1980s, athleisure certainly flourished during the past year, when a global pandemic forced the world population into lockdown. “With the majority of business meetings taking place in front of a notebook at home, leggings, sweatpants and loungewear have quickly become inherent pieces of our professional wardrobes,” writes Alison Bringé, the Chief Marketing Officer at Launchmetrics, in Forbes. Bringé also mentions a Statista study that valued the U.S. sports apparel market at $105.1 billion in 2020, with an expected uptick to $113.4 billion in 2021.

Belting up a fanny pack to bring along keys, a phone, a wallet and a mask when going for a walk or a quick run isn’t a far stretch from wearing yoga pants while in a Zoom meeting, after all.

The rise in popularity of loungewear in general and the fanny pack in specific isn’t something new. In the ‘90s, the belt bag was a fashion staple among a certain set of fashionistas as well (even the Fresh Prince of Bel-Air used one!). But, in 2021, brands have taken notice and have actually done something about the general lack of style associated with the item.

Gucci, Dior, Louis Vuitton and Prada have made the fanny pack stylish—and sell the product for a few thousand dollars.

So Why Do We Love Them Now?

“It wasn’t fashionable, it was known to not come in very good colors or good quality,” says stylist Keicia Shanta. “But fashion evolves and comes back around—and now we love it.” As proof that the trend has hit the fashion industry as a whole, a slew of less-expensive brands the likes of Coach, Lululemon and Kate Spade have joined the above-mentioned ones in selling the item to much fanfare.

Given that the belt bag quite literally cuts an outfit in half, it’s surprising that it took so long for brands to take notice and turn it into the star of the show instead of an afterthought placed on the body for convenience.

Shanta argues that styling the bag properly can turn it from a “nerdy” product to a fashionable one. “If you’re going to fancy it up, I style my fanny pack with a pair of biker shorts and an oversized blazer—something effortless and minimal,” she explains. In a way, the fanny pack has now become the outfit, instead of complementing it—which might, in a way, even justify some price tags.

Another trend mentioned by Shanta involves wearing the fanny pack as a messenger bag, over the chest. But that isn’t a trend that resonates with everyone.

“Just wear a cross-body purse if you’re going to do that,” says Nabavian.

Whether worn as a messenger back or on the waist or, perhaps, as a shoulder bag, it seems like the fanny pack is destined to be fashion’s most discussed product, eliciting conversations and think pieces for years to come. And if the point of fashion is to be the center of attention, the fanny pack might actually be considered the most fashionable item of them all.