Just How Practical Are Sequins?

Despite its controversies and mixed reviews, And Just Like That, has already become the next big thing everybody loves to hate on. And while I’d imagined (emphasis on the “imagined” part) that I’d be able to hold off watching until I could binge it in full, the extensive debate surrounding the closets of Carrie Bradshaw and co. (sans Samantha) haven’t escaped my eye.

For us purse-lovers, especially, And Just Like That delivers sufficient eye-candy (to the point that the show feels more like a series of campaigns) to tide us over until the next season of Emily in Paris. And the handbags seen in its seven episodes to date happen to be some of the trendiest in the market. From LTW’s Louis Vuitton Coussin to Charlotte’s Fendi Basket bag and the Gucci Hacker Project Hourglass Carrie carries, nearly every hot purse presently under the sun seems to be receiving coverage on the show. 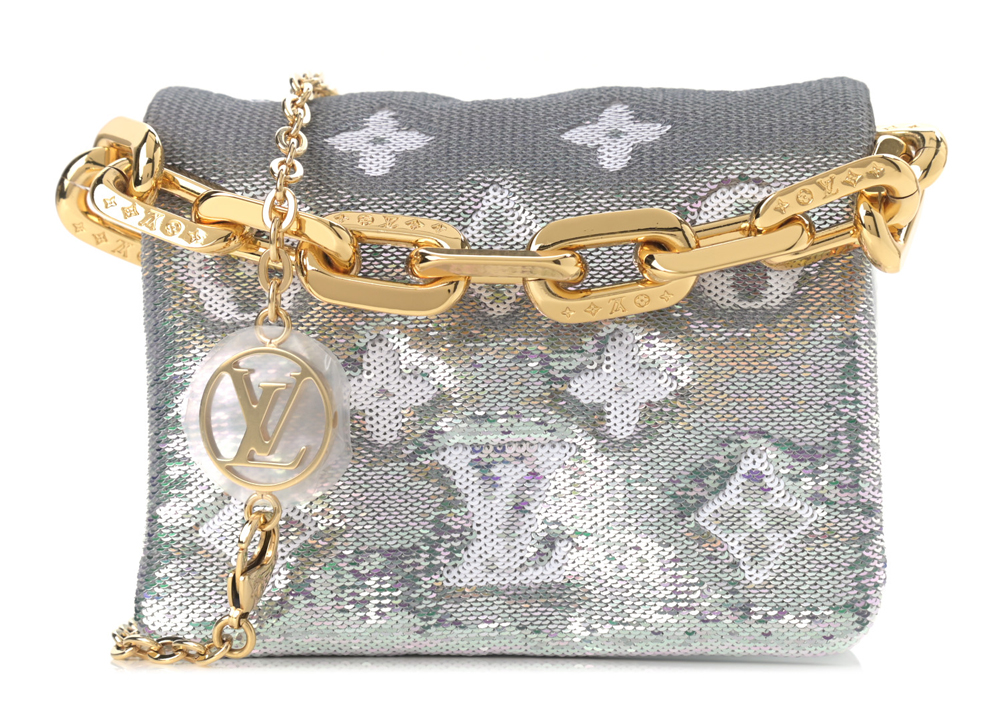 Most strikingly, however, the tour de force of Carrie’s outfits in episodes 3 & 4 (and some would argue, of the entire series) has been the purple sequin Fendi Baguette, that allegedly got robbed from her during the show’s original run. And ever since then, whether you like it or not, sequins seem to have returned with a vengeance. Not only did Fendi reissue the style, but vintage ones have once again started retailing for inflated prices, and high-street contemporaries have followed suit and introduced their own takes (in fact, UK-based River Island came up with a version that looks uncannily similar to the original).

Now, being a bag-aficionado, while it undoubtedly delights me to see the resurgence of a cult favorite, it also got me thinking about the practicality of sequins. Having grown up seeing them all around, it’s not something I had particularly given any thought to. Sequins, though, have not only been in existence for longer, but some of their very first iterations (made of gold nuggets, no less) have been found in King Tut’s tomb! In fact, gold coins and precious gemstones have been used as the ancient equivalent of sequins – the light they radiate thought to be an echo of the divine. 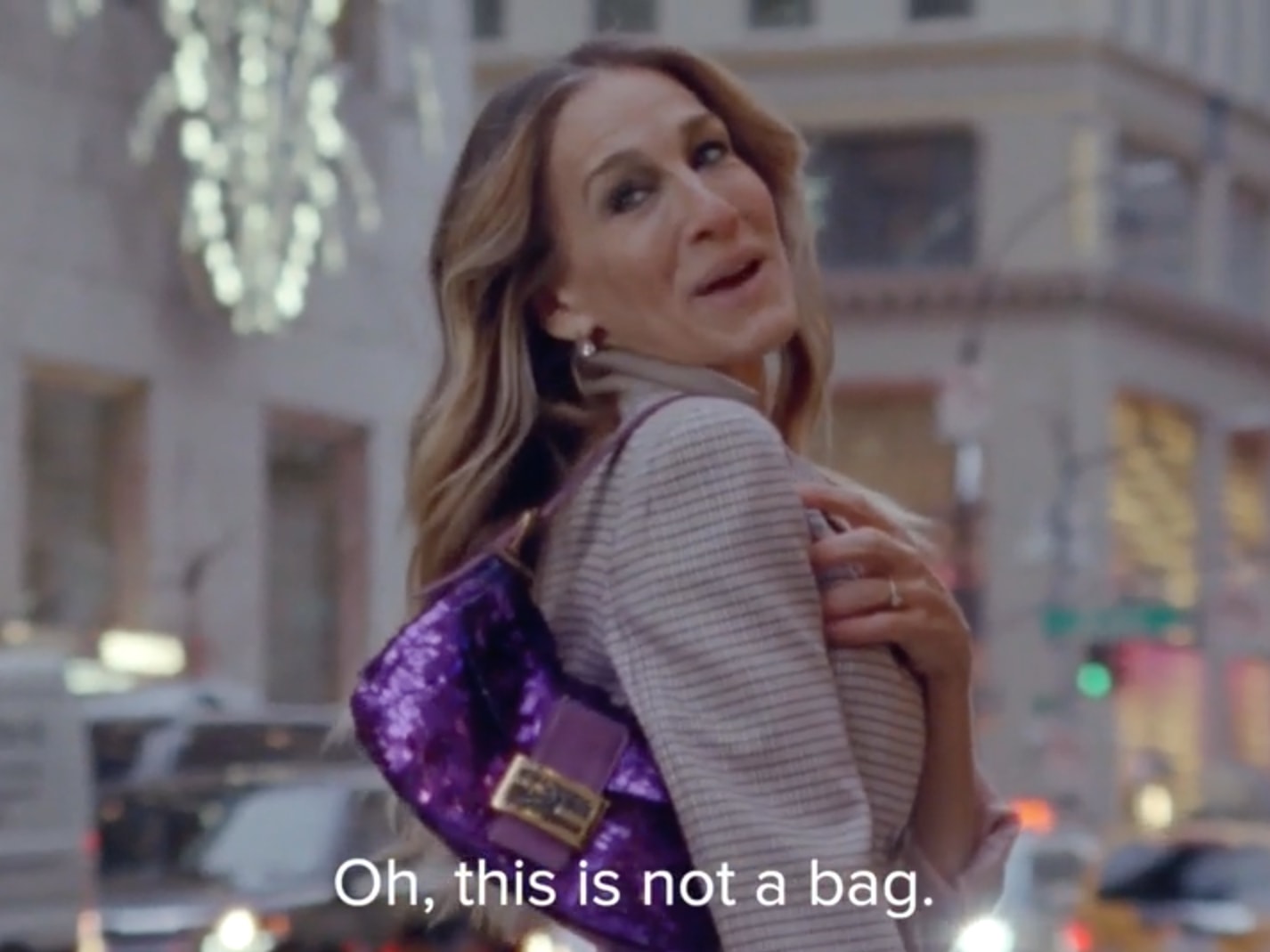 This became more apparent in later civilizations like Renaissance Europe. Even Leonardo da Vinci is even known to have designed a sequin machine! More recently, sequins became a staple in the Flapper-attire of the 20s and were seen on Anna Pavlova’s costume in Swan Lake. By then, gelatin had replaced metal as the material used for making sequins. And, as you can guess, it wasn’t particularly durable when it came to being used on clothing – being prone to melting, distorting, and dissolving. Finally, when WWII halted gelatin productions, mylar, acetate, and later vinyl plastic began to be used in their manufacturing. And soon, everybody from Mick Jagger and Cher to David Bowie was wearing them!

But when were sequins first used in making purses? That’s uncertain, though clutches from the 20s encrusted with sequins might suggest that they were used on accessories around the same time they became more widespread on clothing. Their rise to mainstream luxury fashion, however, likely occurred with the introduction (and subsequent mugging) of the sequin Baguette in Sex and the City, and now it’s back again. 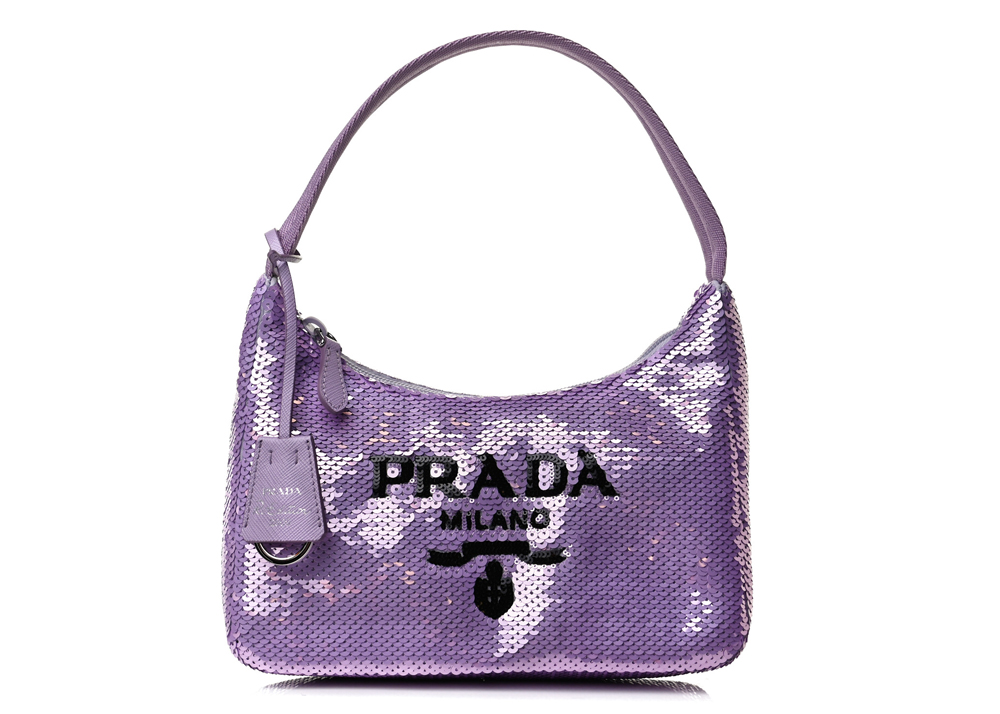 Is it the most functional of materials? Probably not – it’s prone to getting snagged on your clothing and falling off, or conversely pulling threads out of the clothes themselves – neither of which are particularly desirable. In fact, YouTuber Stella Connolly speaks at length of her misgivings about the Baguette in her unboxing video. And she has a point too – shelling out over $3,600 on the Baguette (or, well, any other luxury purse festooned with sequins) isn’t going to get us sound cost-per-wear.

However, that doesn’t mean that spending such big bucks on a sequined purse is an entirely pointless exercise. Lovers of Chanel Flaps often use sequin-encrusted versions, which they find more interesting than the regular leather ones. And handbags come in all different designs and patterns – some have sequins all over, while others, like the sequined version of the iconic Fendi Spy, featured them in little strips along the ridges of luscious thick leather. 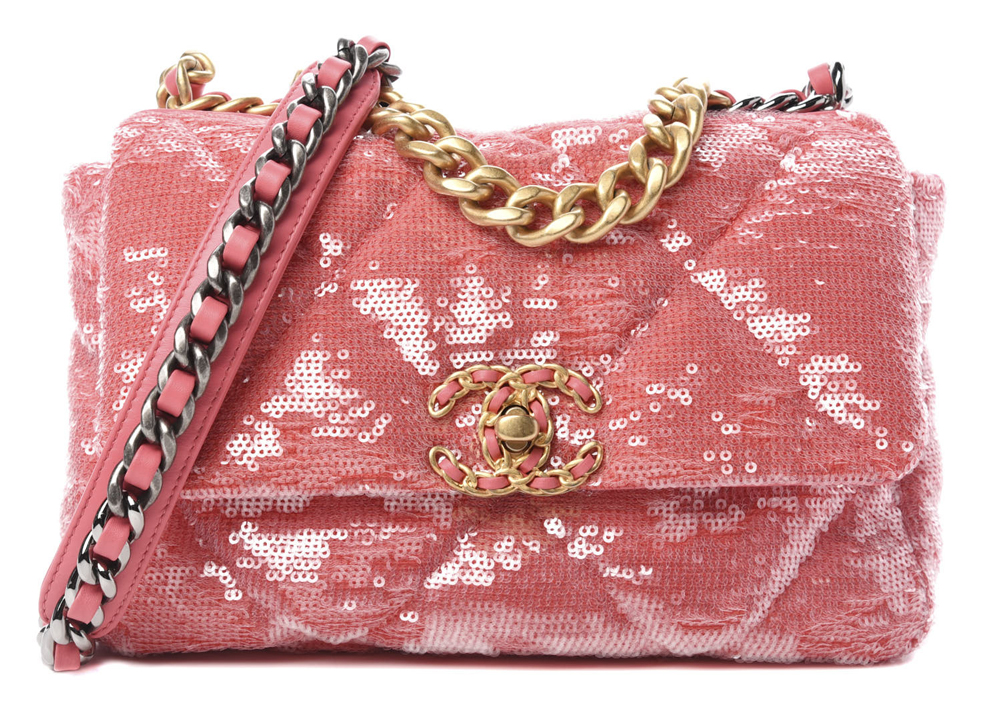 Essentially, sequins serve as a means to stand out without resorting to monograms, chunky chains, or heavy studs. And the concept of a novelty or “special occasions only” purse isn’t all that uncommon – after all, a New Year’s skirt or a sparkly evening dress isn’t meant to be used daily, so why shouldn’t the same principle apply to purses? Sequins add an element of whimsy and excitement to your outfit that few other things can; it’s an investment in happiness, if not a monetary one. And just like that, you realize that it’s terribly difficult to be sad when you’re wearing sequins, and as purse-lovers, the joy our (sequined) handbags bring to us is the most important thing there is!

I have had my Chanel sequinned flap for a few years now. It’s a bit pricier than the standard caviar options but oh so worth it. Sparkles are life

I absolutely agree – so much more fanciful and a classic piece that stands apart from the crowd, congratulations! And yes, sparkles for life!

Oh sequence is totally not practical but I still love them 😍

Indeed, they feel like sparkles of joy on the arms!

Very well said. I love that prada without the big logo on the middle. Chanel as usual has some beautiful sequin bags but i dont approve of the price tag haha.

True, and what with recent price increases, they nearly cost a fortune at this point. But ngl, the sequined Baguette (and not just the purple) really impresses me!

Only for an evening bag and I wouldn’t spend a large amount on it.

Thankfully there are plenty of high-street and affordable luxury options in sequin too – I especially love the Coach Rogue in sequined tea rose detailing – so elegant and yet, sparkly!

Got the pink, black, and silver sequin flap from 21 Metiers d’art and love it. I dress it up/down, it’s such a fun bag. Don’t be afraid of sequin folks.

Congratulations on your purchases – they sound absolutely divine – do share photos of your sparkly Chanel siblings!

Not my cup of tea, I would never spend money on a sequin bag!

From a functional and financial perspective, I do see your point.

How cute is that Re-Edition? Great article, Sajid. I always enjoy your writing.

Thank you so much Eryn, truly appreciate the encouragement. And yes, that Prada has been living rent-free in my mind ever since I saw it in Emily in Paris!

I adore that pink Chanel 19 in sequins. Heavenly. I love a sequin bag. Its a nice change from leather and canvas and amps up a look on occasion.

Indeed! And the color of the Chanel too – such a gorgeous mix of warm and cool shades – so versatile!