Weekend Debate: If you found a bag of money, would you keep it? 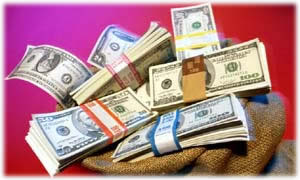 A woman in St. Petersburg, Florida made a starling discovery, finding $65,000 in a plastic bag this week. Rather than keeping the money, the woman told her supervisor who called the police to turn it in. Turns out the money fell off a Loomis armored car. Talk about an honest person.

Vlad and I already had an interesting debate on this matter. He said he would take the money and I said I would call the authorities. I also questioned if you can face legal ramifications if you do indeed take the money, that obviously does not belong to you.

So let’s have a weekend debate: If you found a bag full of money, would you keep it? Why or why not? Do you think you could face legal troubles?