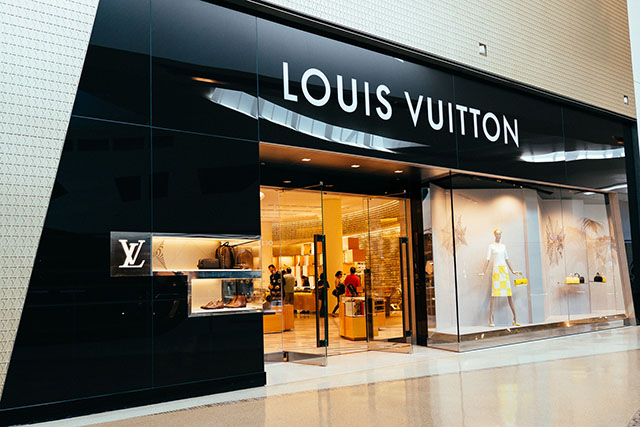 According to the Telegraph, third quarter growth for LVMH weakened to just two percent, an outcome which the conglomerate’s recent shift in strategy probably predicted. Although that’s still growth, it’s certainly a marked shift from what the world’s largest luxury company is used to and the kind of growth its counted on in the past. In LVMH’s heyday, quarterly grown was often as high as ten percent, and it had fallen to five to six percent earlier this year.

Although LVMH, which owns Louis Vuitton in addition to noted handbag purveyors like Celine, Dior and Givenchy, doesn’t break results down by brand, it does indicate which product categories have been weakest, and apparently this decline in growth is a result of decreased sales in the formerly cash-flush categories of fashion and leather goods, perfume and cosmetics and watches and jewelry. Those are the “Big Three” categories that luxury companies can usually rely on to bring in the steadiest cash flow.

Louis Vuitton has long been LVMH’s biggest cash cow, and perception problems with its monogram bags have begun to haunt the brand. Namely, customers at the highest end of the market, those who shop the most frequently and spend the most money, perceive Vuitton to be a brand that caters to a less sophisticated segment of the market, to put it delicately. When you pair that with a market that no longer makes Celine Luggage Totes and Trapeze Bags disappear off the shelves instantly (and with no super-buzzy replacement in sight from Celine), LVMH’s shift in strategy seems well-timed.

As we told you when the story first broke, LVMH’s strategy is to go after those big-fish customers that are now somewhat leery of its marquee brand. That means raising prices overall to discourage low-end customers and renewing the company’s focus on leather instead of monogram canvas. The first indicators of that strategy have already reached the public, including producing the entry-level Neverfull bag in pricey leather and introducing several all-leather bags with more limited use of the company’s logo.

Considering all of that, Marc Jacobs’ recent exodus from the brand comes at what may, in fact, be an opportune time. Even though Jacobs was generally an enormous boon to Louis Vuitton’s handbag business, it appears that his particular brand of magic was beginning to wear off. Fashion is almost always willing to reconsider a historic name with a new creative talent at the helm (hello, Celine), so if LVMH ever gets Nicolas Ghesquiere to sign on the dotted line, we might be in for some fun.