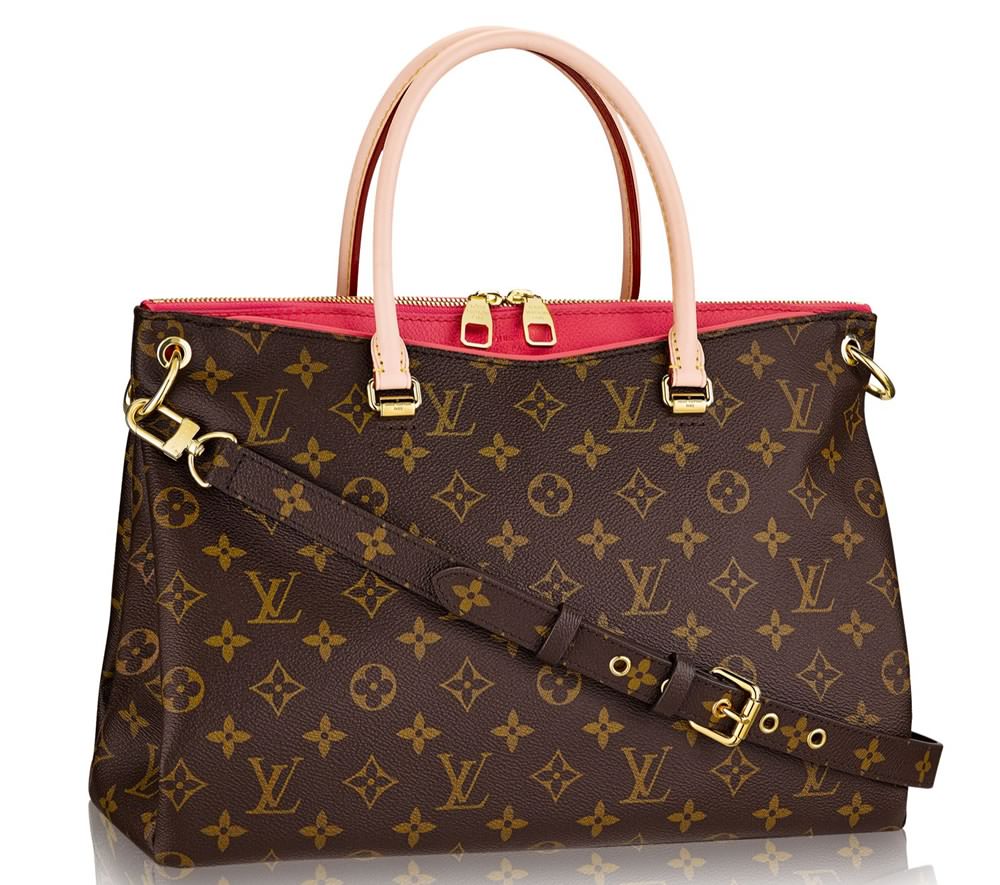 I was thinking about brands that are popular but that I don’t cover that much anymore, and Louis Vuitton came to mind. Like many others, my first high-end designer bag was from the brand, and it was the tiny Wapity Clutch (which I still own and still adore). Over the years, I picked up a few limited edition pieces, but I started to pull away from the brand and toward others.

Louis Vuitton is most known for its monogram canvas, and while it has tried to distance itself from some of its most popular bags, it seems the people have spoken and Monogram may be making a comeback for the brand in a decidedly up-market way. The first monogram bag I’ve liked from the brand in quite a while is the Louis Vuitton Pallas.

The majority of the Pallas bag is the Monogram canvas, but the interior of the bag has colored calf leather peeking out, giving it a very distinctive look. There’s a smaller crossbody version, the Pallas BB, which is, of course, the version I like best. The interior is more luxe than other LV bags, with microfiber lining. The price is also much higher, which seems to be the norm for LV in general now. There isn’t much more to this bag; it’s a great size, it has an adjustable shoulder strap, and it’s all about the Monogram. 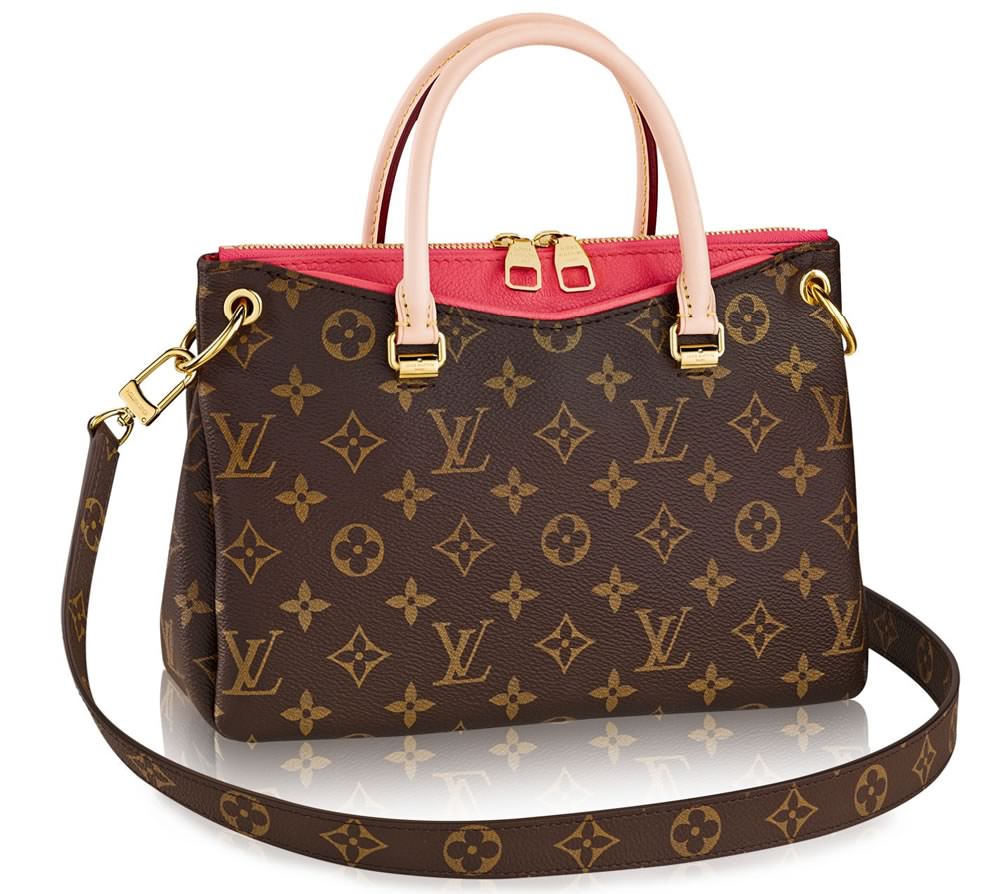 I’m kind of surprised I like this bag as much as I do, but I guess I’ll always have a soft spot for the iconic monogram canvas, and, truth be told, no one does a monogram quite like Louis Vuitton does. The larger size is $2,490 via Louis Vuitton and the BB is $2,260.

I am a little bit over LV monogram right now but still like the damier, vernis and leather styles they offer. I use my wapity case everyday for my lip balms, eye drops and hair bands. I wish they would bring it back, it is such a great size!!

You have a Wapity too?! Love it! When did they discontinue it, do you know?

Well I should say that they haven’t had it for sale online for years. Unfortunately, I don’t live close enough to a Louis Vuitton store for regular visits. I hadn’t thought to check with an associate when I am able to visit one though, I will have to do that next time. I have used it so much the monograms are starting to wear off on some of the edges but it still looks great! :o)

I was in the Louis Vuitton boutique a couple of weeks ago, and I’m impressed with how soft the canvas is as opposed to the one LV that I own now. For some reason, I like the classic monogram. Glad to see it making a comeback, however, I will be sticking to SLGs.

Somewhat on a whim I bought the Pallas BB with the red accent in Aug 2014, together with the matching wallet. It had just been put out for display and it drew me right in! A fan of the LV monogram denim from about 10 years ago, I too have moved on to other brands since. But I must say I really love this bag and it’s been in heavy rotation this past fall and winter. It coordinates with a lot in my wardrobe and people always gush over it. It’s lightweight and holds the wallet, small cosmetic bag, keys, iphone, and small sunglasses case. The strap is a fixed length which is just right for crossbody but not too long for shoulder carry. It’s an ideal size for day to night. LV is really onto something with this Pallas style!

I have the large version of this bag with black leather accents, and I LOVE it. It fits great, and is a nice bag that goes from lady-like to running errands without missing a beat. Super practical and a perfect size for me.

I like the design of the bag, but the monogram and material are such a turn off… if they do this in leather, i’m all for it!

I am not sure I would purchase a monogram bag at this point but the bag is nice. The way the color portion is added is very striking.

Talk about making my wife day. She was so happy with this bag that I thought she was going to break Facebook with the amount of post about it. Todays day and age make buying the things we love a lot easier than before, especially with Luxury wholesale programs. I bought the bag using my membership I found on http://vipshoppingexperience.com/Home/luxury-membership-programs/

It changed what I had in my wife and I’s closet for the better and I think it will for others!

I went in the LV store to see the leather monogramed bag, but didn’t like the functionality (one large compartment & a small zippered front pocket). I saw the Pallas and really liked the features: double zipper top with roomy inside that has 3 nicely sized pockets; 2 outside, magnetic pockets for phone, keys, etc. The monogram canvas is flexible, the bag has feet on the bottom, and the interior and outside slip pockets are lined in suede-like microfiber that is the same color as the leather accent. The tan & black leather ones were displayed, but they also have an eggplant/purple, as well as the red. The red did it for me! Perfect size for me. I had a Emprinte Luminesse (I think it was called that) several years ago, but I took it back because it was too big. I’ve always wanted a LV, and I think this one’s a keeper.

No they are not, it’s an accent. Stop reaching.

Seriously that was my first thought too.