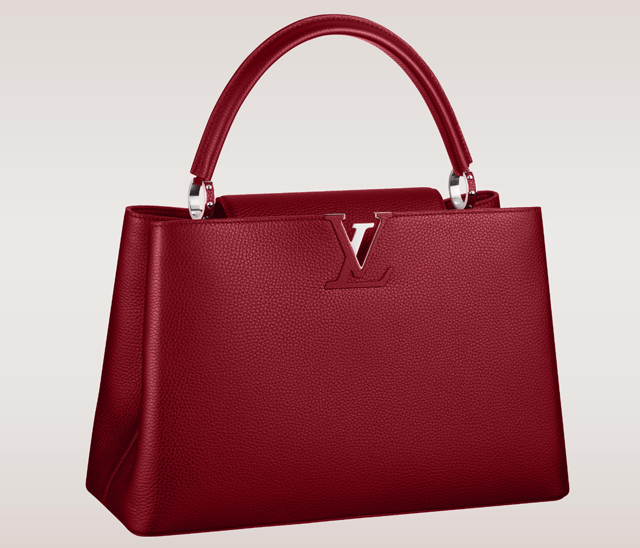 With Louis Vuitton’s renewed interest in high-dollar, logo-wary customers has come a bevy of new products that are set to take the brand in a new, more sophisticated direction for Fall 2013. First came the wide-gusseted W Bag, which had commenter reactions seemingly split right down the middle, and now we have the Louis Vuitton Capucines Bag, which borrows the name and a detail or two from a classic Vuitton bag but expands on them to form something ladylike and luxurious.

We first spotted this bag on the arm of Angelina Jolie a couple of weeks ago, and it’s a perfect pick for her style – neutral, elegant, understated. The bag is an important addition to Vuitton’s lineup, because not only is it all leather (which appeals to Vuitton’s desired clientele and allows the brand to price it prohibitively for aspirational customers), but its minimally branded. The LV that you see above is totally optional, and if the wearer prefers, it can be covered by a flap that’s tucked inside in promotional photos. Instead of the well-known letters, it bears a more subtle star motif that plays a secondary role in the iconic Vuitton monogram print. It’s still LV, but it’s not a literal LV, which is an important distinction for many of the most high-end customers.

The bag comes in two sizes, MM and GM, with a 1.5 inch difference in width between them (14.2 for the MM, 15.7 for the GM) and a price difference of $450 ($5,150 vs. $5,600). That kind of pricing puts the brand firmly in Hermes territory, a comparison that Vuitton is likely hoping to draw with its new leather offerings and their attendant prices. Currently, the GM only comes in two colors (black and red), while the MM comes in a range of six shades, including one that’s strikingly similar to Hermes’ signature orange. The bags’ hardware varies between silver and gold, depending on the leather color. Check out some of our favorite versions below or get more information about both the MM and GM versions via Louis Vuitton. 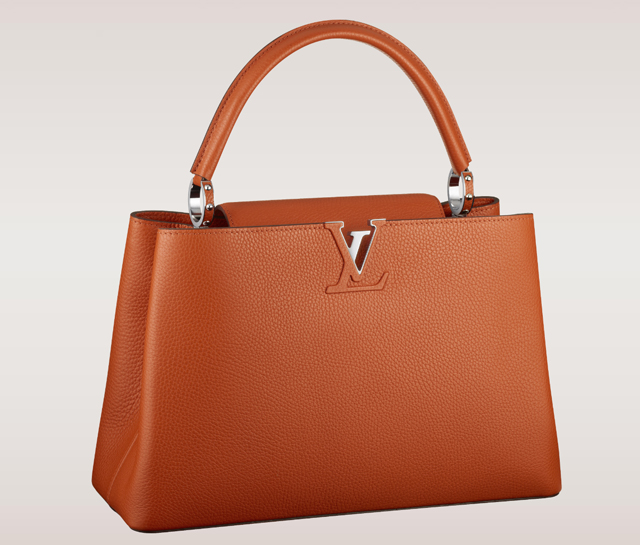 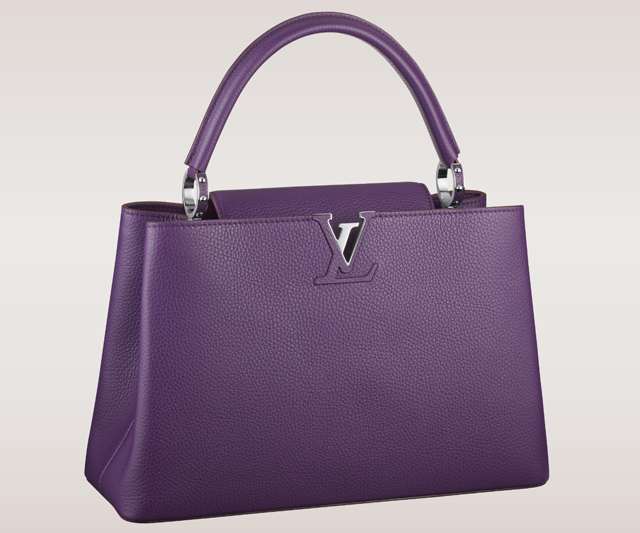 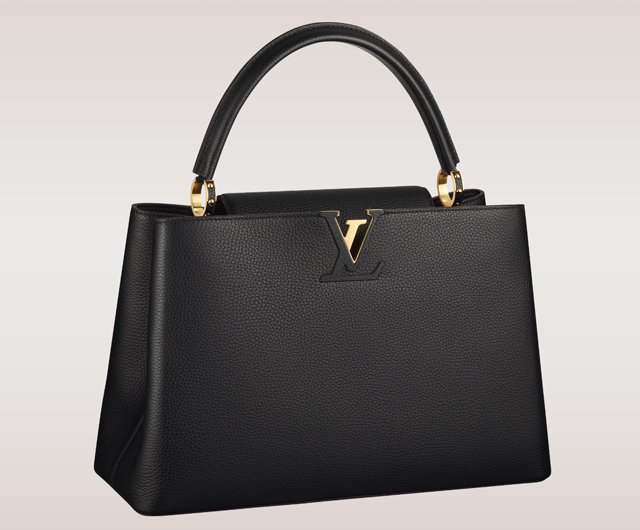 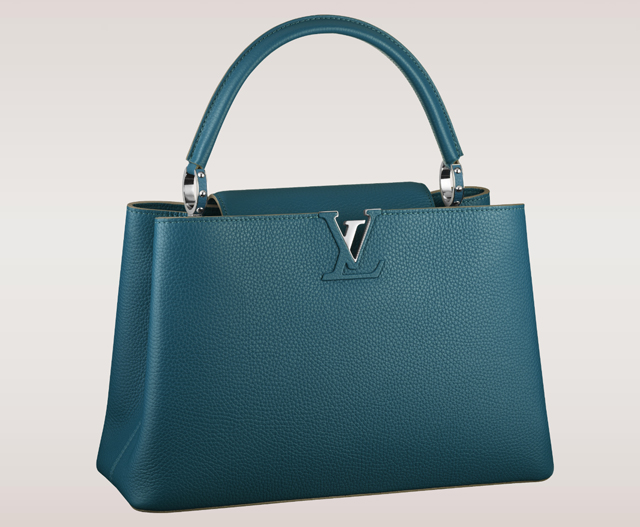 I saw this in white at the boutique two weeks ago. I am usually not very impressed with LV (just not a fan for some reason), but this handbag was the most gorgeous thing in the store. The leather was luscious and thick, and the bag is sophisticated – even the logo is tastefully done.

For 5g I rather buy a Chanel classic flap

I usually don’t like LV because all the logo’s, but I really like this bag except for the weird handle attachment ring thing. I hope they’ll make more bags like this.

I think the brand definitely will! Bags like these will likely be a big part of LV’s repositioning strategy going forward.

I really like the bag but I’m not sure if I would pay over $5 k for something so simple. I’d rather buy a Prada saffiano lux tote.

Don’t get the Prada saffiano lux tote, my huge regret , it was terrible quality, u should see some online comments

Agree with you on the quality of Saffiano tote… bad quality even with minimal usage of it. I personally think LV bags are better in terms of it’s leather quality and durability

Has to be the best LV I’ve laid eyes on. I would SO purchase this but the price is so crazy. I understand that they want a higher end clientele but they didn’t need to reach that far out with their prices. Hm, will have to take a look at this bag in person!

Love the simplicity of the bag… My first impression was it looked to formal, for older woman, but then I saw Angelina and it looked young and chic. I really like the design of it.

It is lovely….and I may consider purchasing. My hesitation would be the fact that I can purchase wonderful bags like the Givenchy Antigona for a couple thousand less….and if I like them equally what is the motivation to spend the additional $$. While I will spend good money on fashion….I do not want to be taken advantage of…and some of the bag prices make me feel exactly that way.

These seem like the LV version of the Lady Dior bags. While both beautiful, there’re a little too structured for my taste. But still stunning.