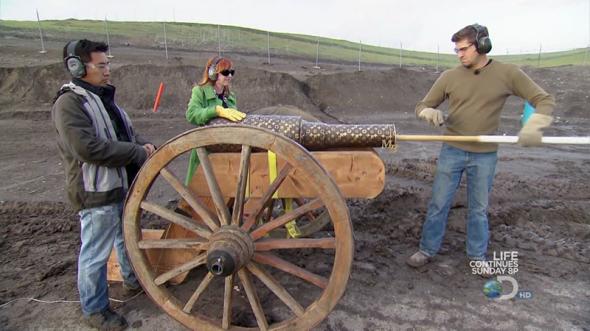 We remember the recent coverage of Louis Vuitton’s lawsuit against the Korean carmaker Hyundai in March. This time around, I am afraid that LV’s next legal slapping may just involve the lovely Mythbusters crew and multiple layers of explosive, tightly-wound pork skin. 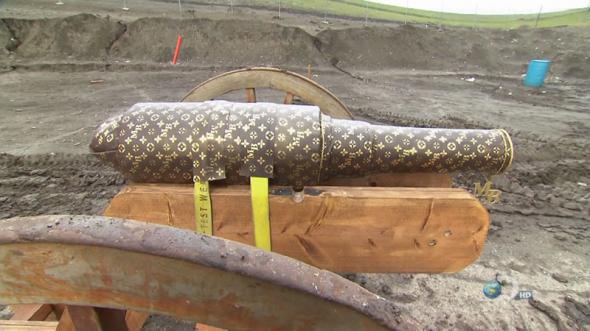 Since I am currently abroad in Germany, I did not get to watch the latest installment of my favorite Discovery Channel show Mythbusters until earlier today. The myth at hand sought to prove whether or not ancient armies could have used animal hides to build their canons. The first all-leather build failed miserably, so in best MB tradition, Kari, Grant and Tory went on to build a pig-skin-super-canon with several reinforced layers to withstand the blast of the black powder.

As a silly play on designer leather handbags, Kari adorned the whole barrel of the leather canon with their own flavor of ‘MB’ monogram. It just so happened to closely resemble the Louis Vuitton monogram, which had been subject of several lawsuits in the past. As we know, LV is very protective of their brand and their logos – I for one would just hate to see my favorite geek crew get in trouble over this awesomely busted myth.

You can view part of the episode here [discovery.com]. 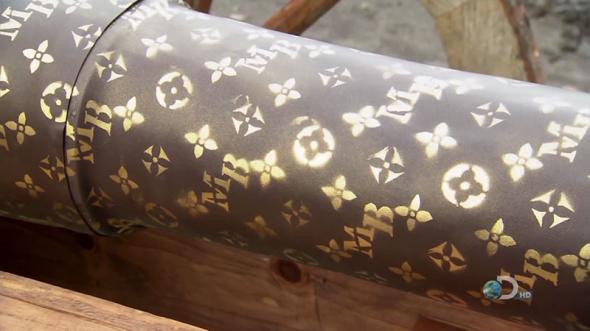