We’re betting you’ll all have plenty to say about these classic art-emblazoned bags, as well.
0 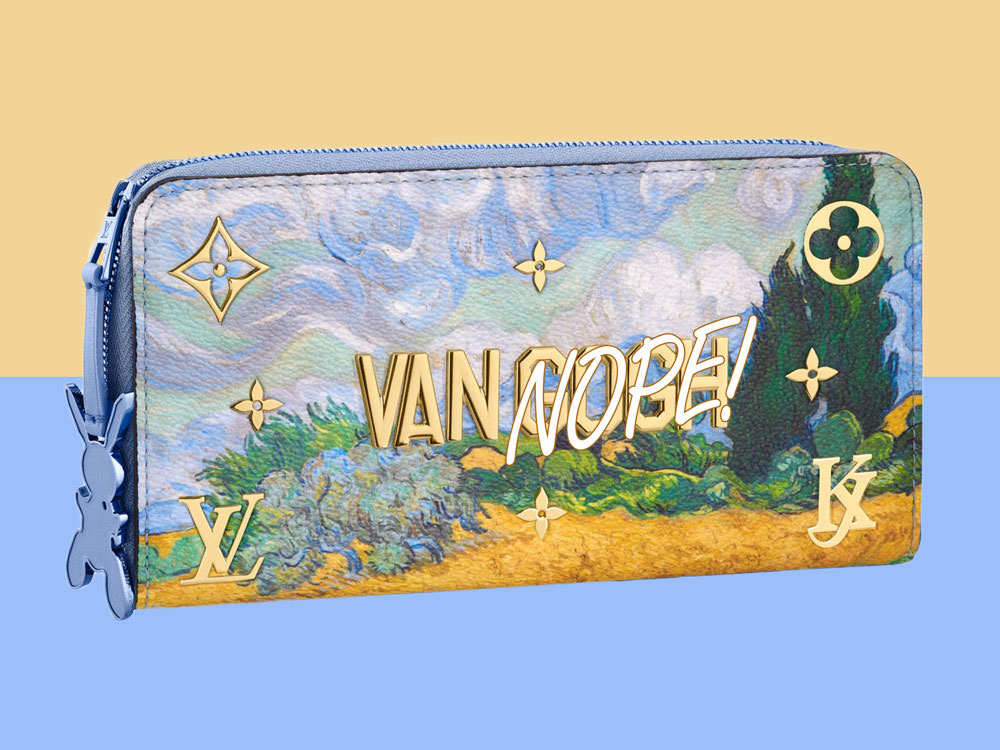 First, let me preface this by saying that I really love how Louis Vuitton has evolved under designer Nicolas Ghesquiere. He’s set trends that ended up everywhere (remember last year when button-front, A-line skirts were all over the place?) and expertly modernized Louis Vuitton’s use of monogram, which pulls logo bags everywhere forward. Louis Vuitton is good right now, and that’s good for the handbag industry as a whole. I love recent Louis Vuitton stuff so much that some of you complain about it, assuming the brand must be paying me to say nice things. That’s a concern I understand, because I often think genuine positivity on the Internet reads as advertising too.

With all that in mind, I’d like to tell you how much I really, genuinely dislike the Louis Vuitton x Jeff Koons Masters collaboration bags the brand debuted on Wednesday with a star-studded Parisian party at the Louvre. They’re bad. They’re, like, disaster-level bad. They’re bad in a way that feels pointedly contemptuous of Louis Vuitton’s customers. It’s over 24 hours later, and my mind is still boggled that they even exist at all.

It takes quite the effort to take both priceless works of classic art and some of the world’s best, most luxurious leather goods and make both look inexpensive, but that’s what’s going on here. Jeff Koons–a big-money modern artist beloved by uber-wealthy art buyers in spite of the fact that a lot of critics are, to put it diplomatically, not fans of his work–has proved himself the man for the job. He took famous works from five legendary painters–Vincent Van Gogh, Leonardo da Vinci, Jean-Honoré Fragonard, Peter Paul Rubens and Titian–stretched them across Louis Vuitton’s most famous leather goods, like the Speedy, Neverfull and Zippy wallet, and then belabored the point by spelling out the artists’ extremely famous names in giant gold letters across the front. The interiors also include details about the work and artist, which is the only detail I actually like. 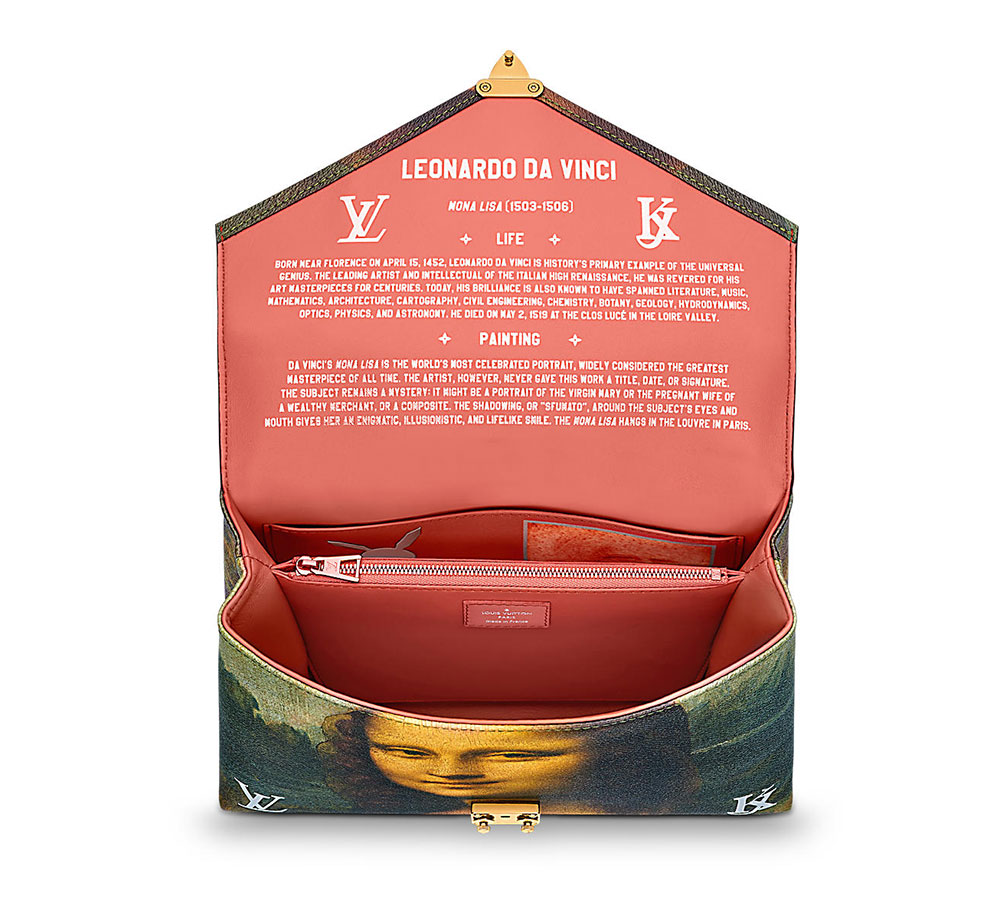 In an interview with The New York Times, Vuitton CEO Michael Burke admits he expects some negative reactions to the designs. “I think we’re going to get some pushback. People are going to be upset about the sacred entering the realm of the profane. But we like to do things that can be perceived as politically incorrect. If we are getting flak, we think we are doing something right.” Burke is right about the pushback, but he’s wrong about the motivation.

For me, at least, the problem with the designs has nothing to do with the sanctity of art or its old masters–classical art is not something I’ve ever been particularly reverent of, and in general, I love when handbag brands and stars of the art world combine their powers, which is something Louis Vuitton basically invented and usually hits out of the park. Instead, my concern here is what’s been done to the bags. A friend on Twitter mentioned that to her, they looked like the bags you see on carts at the mall that feature bedazzled portraits of Elvis and Marilyn Monroe, and she’s exactly right. That doesn’t seem to be the reference Koons was going for here (I doubt he’s been inside a mid-market suburban mall anytime in the last two decades at least, and he doesn’t mention it in any of the press he’s done for the bags that I could find), but instead, it’s the one he accidentally arrives at. That should tell you all you need to know about the quality of the project’s aesthetic impulses.

You can check out a representative sample of the bags and accessories below or get a full view of the collaboration at Louis Vuitton’s website. 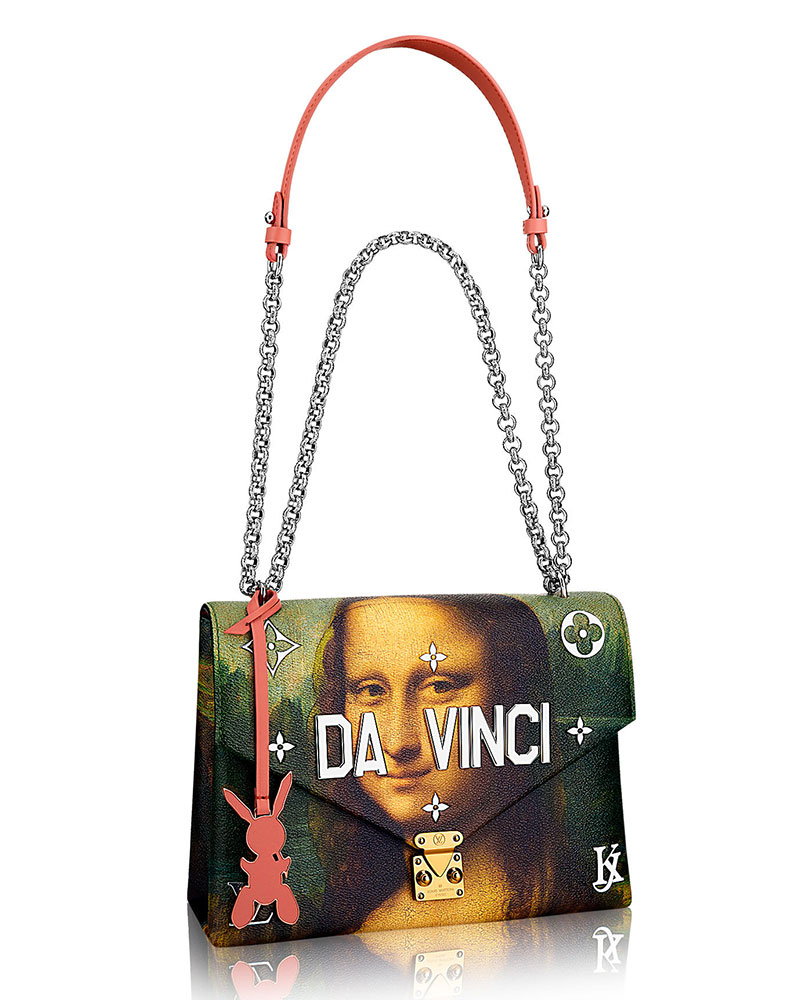 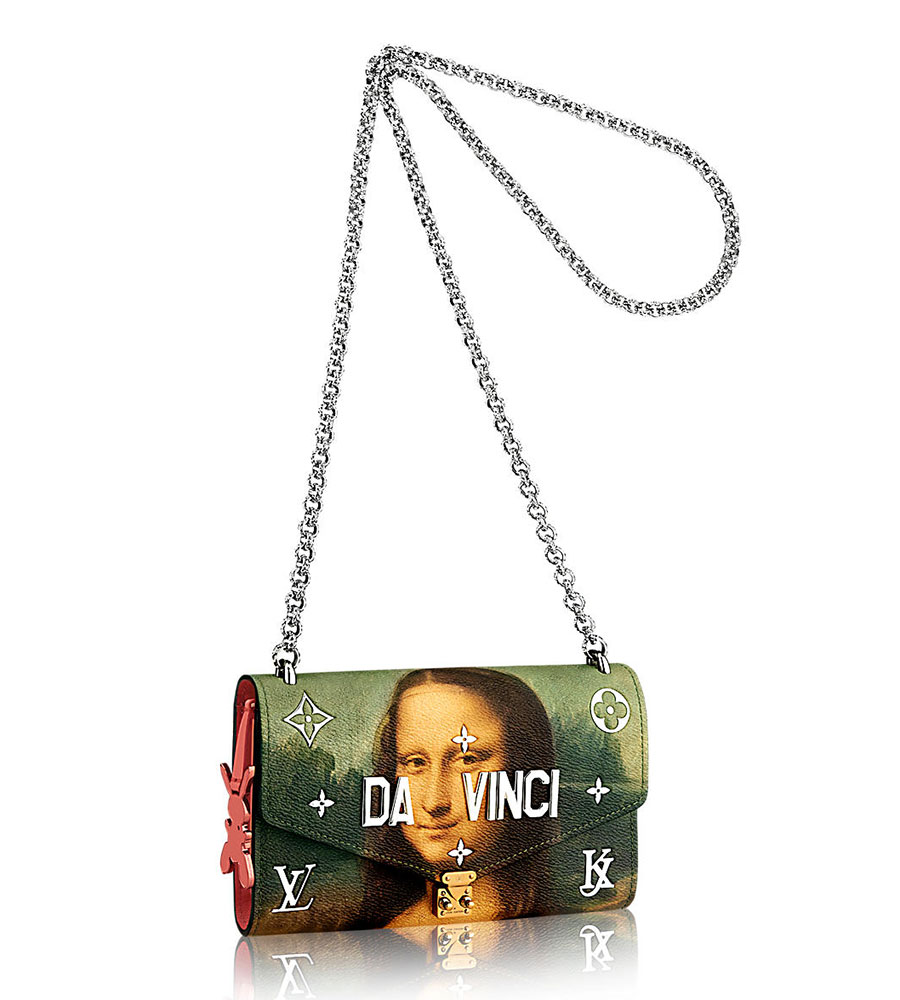 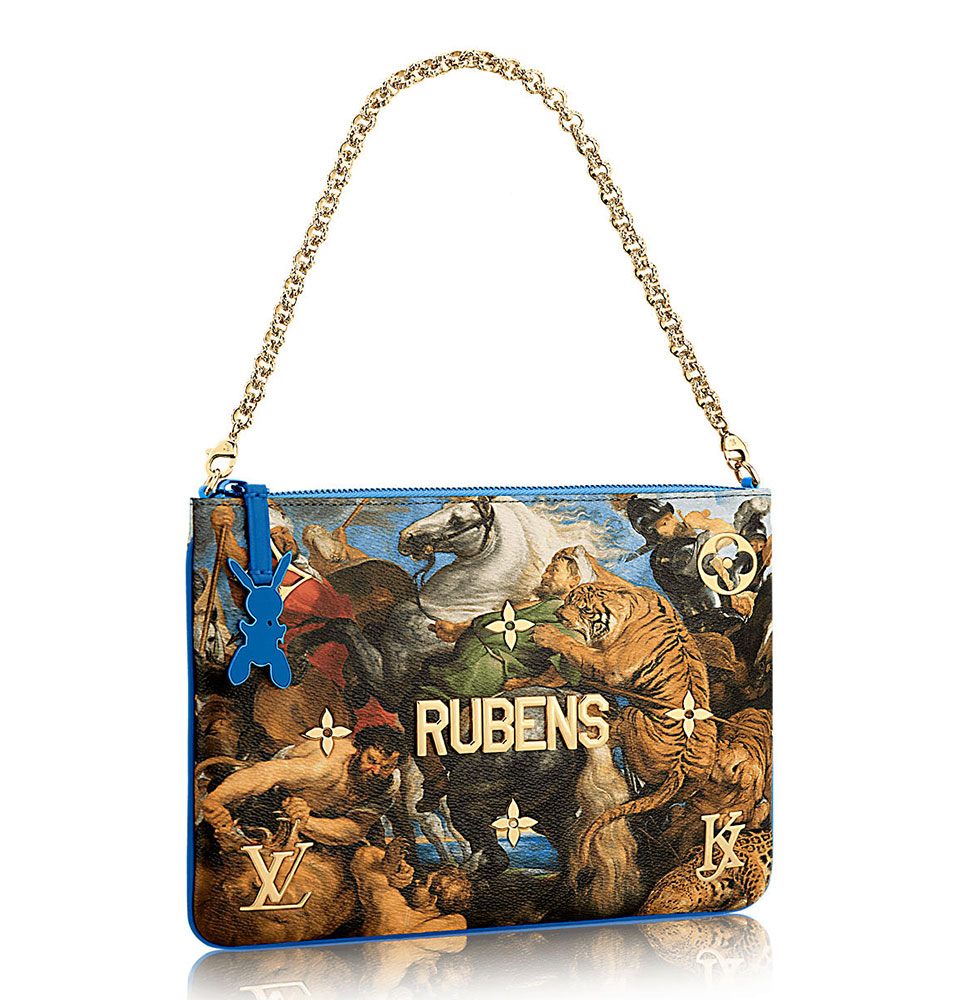 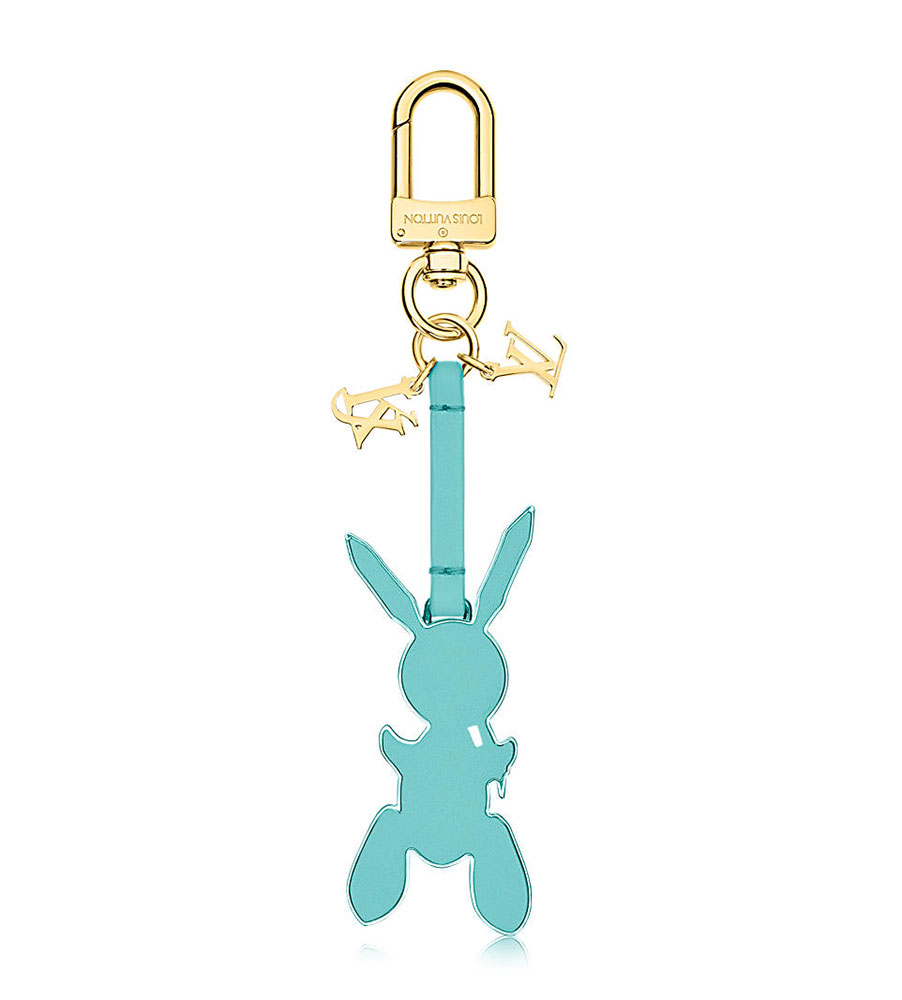 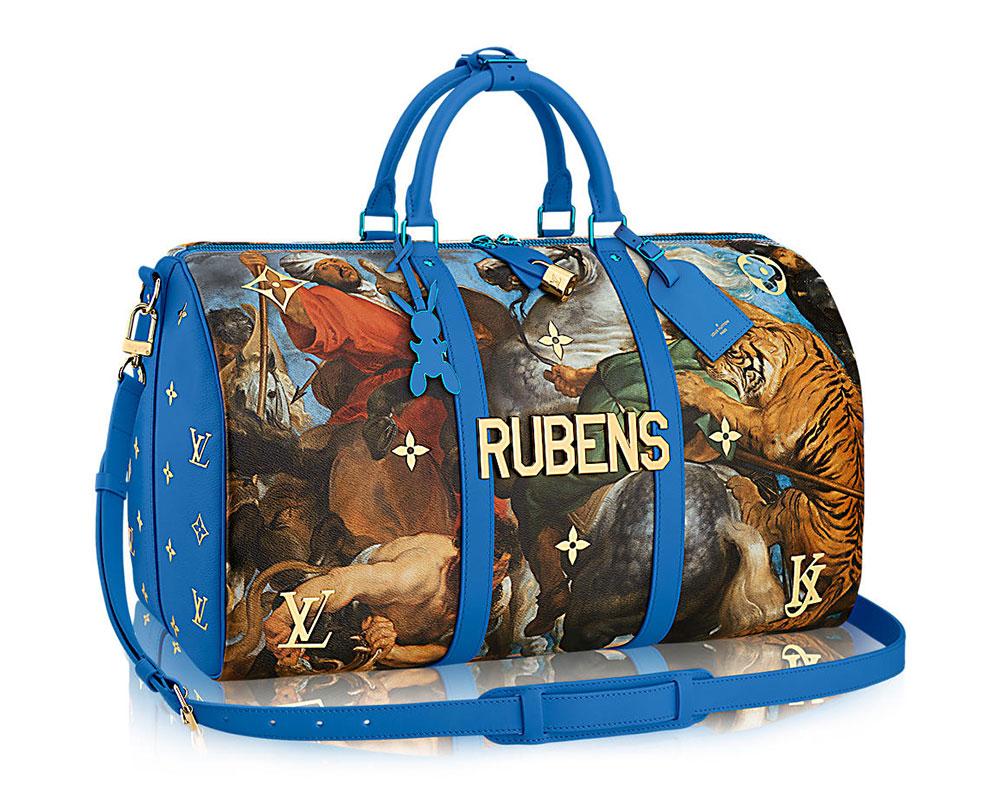 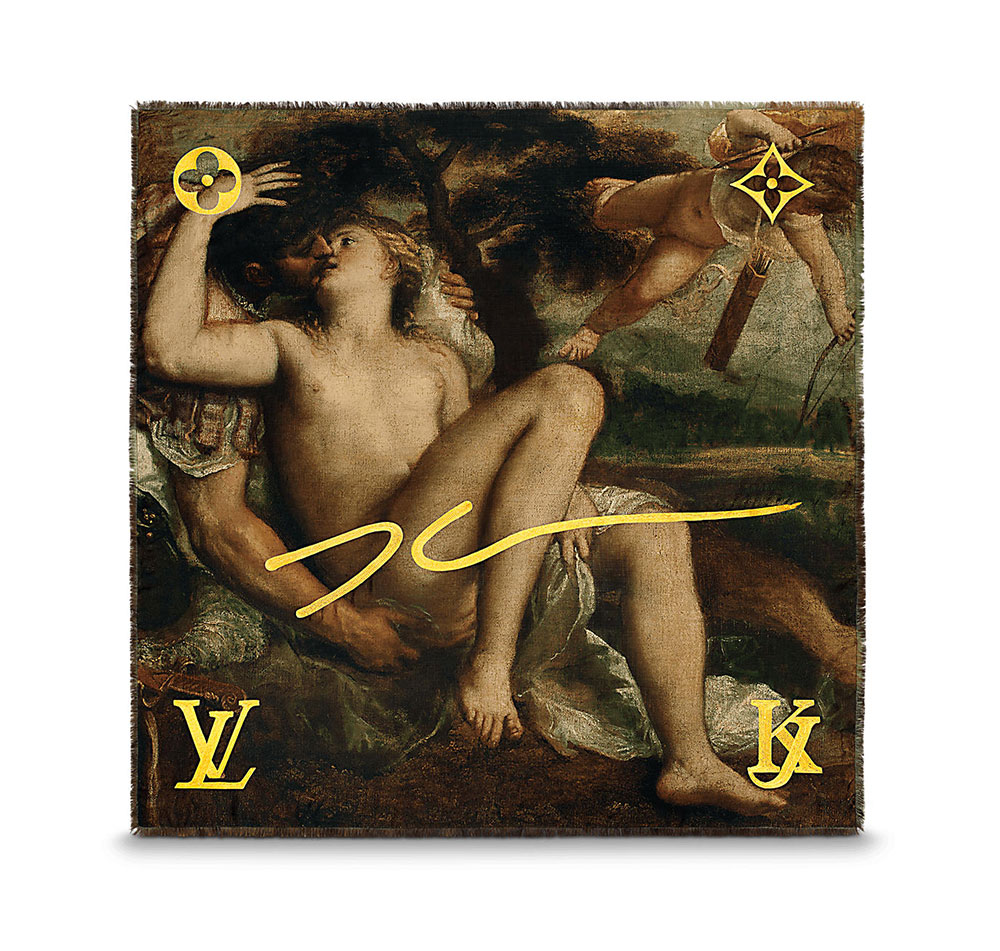 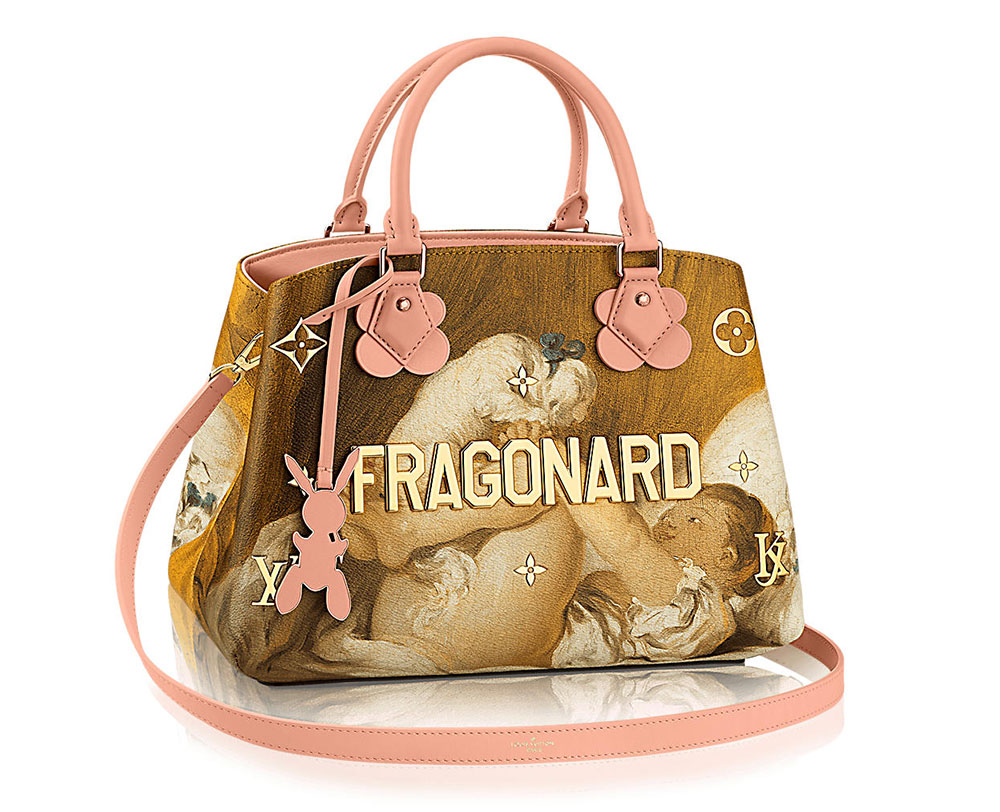 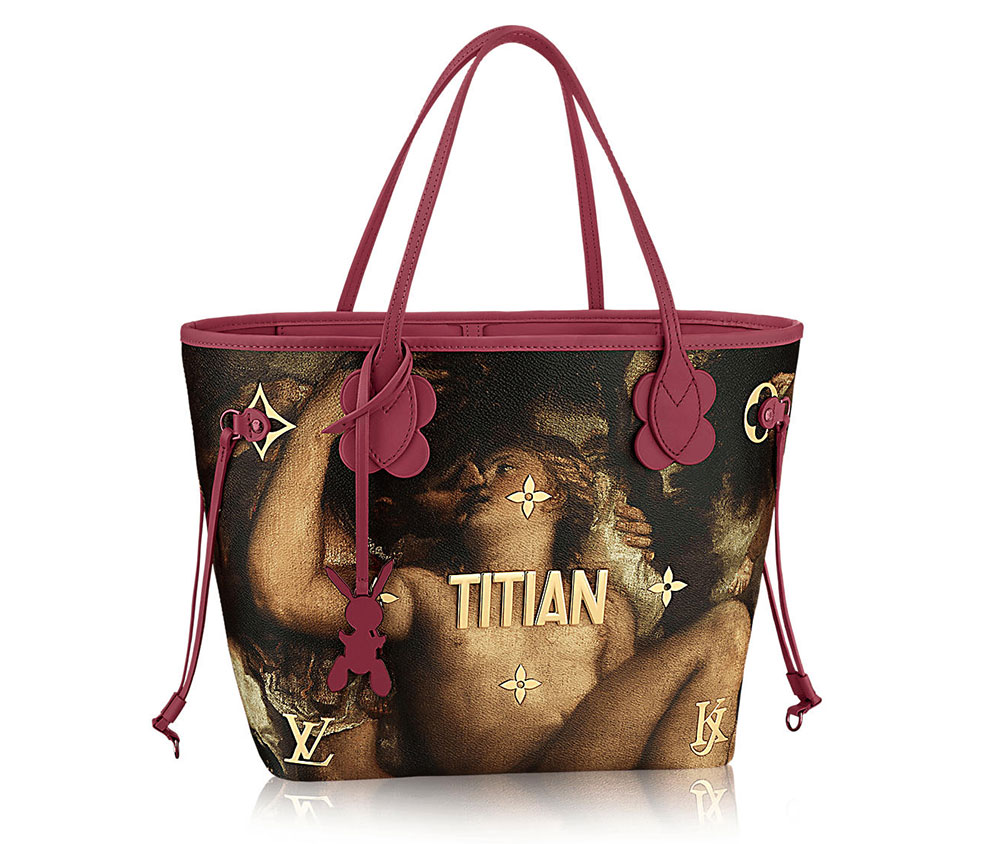 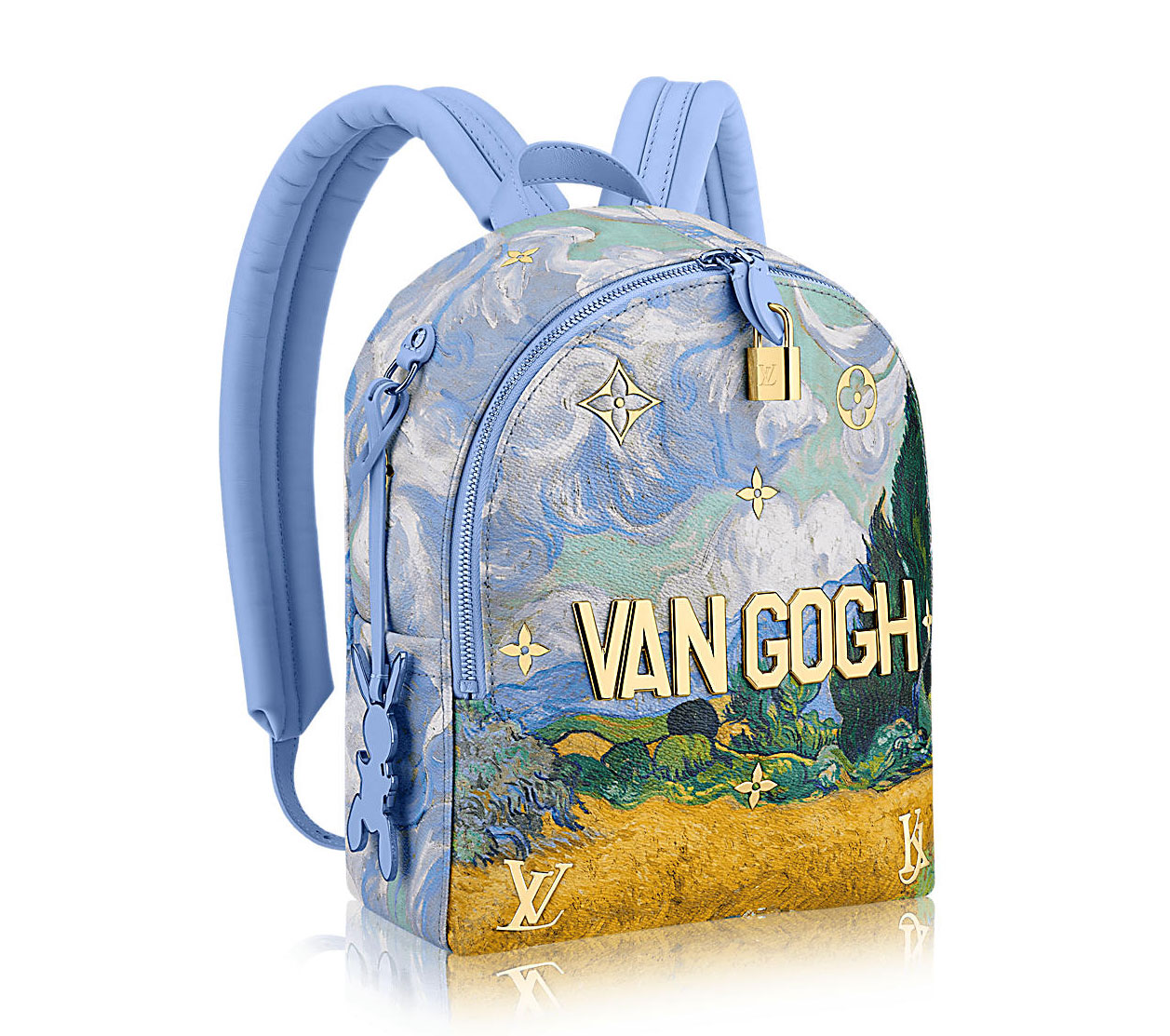 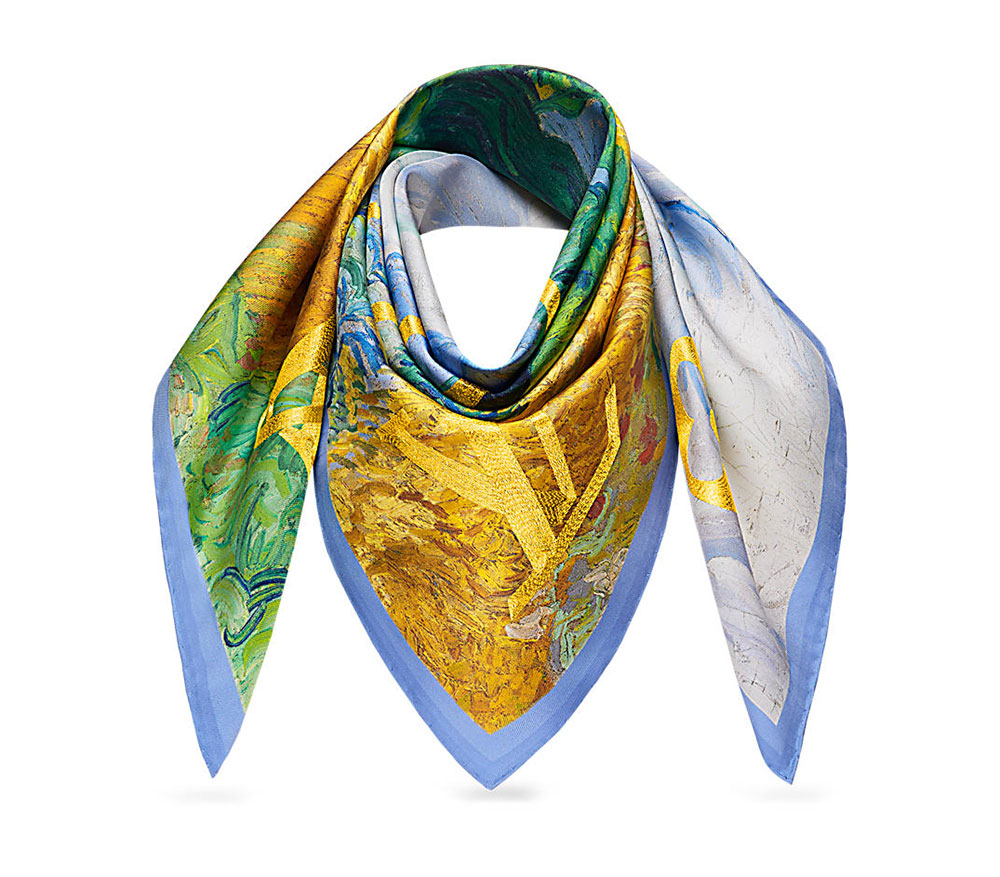 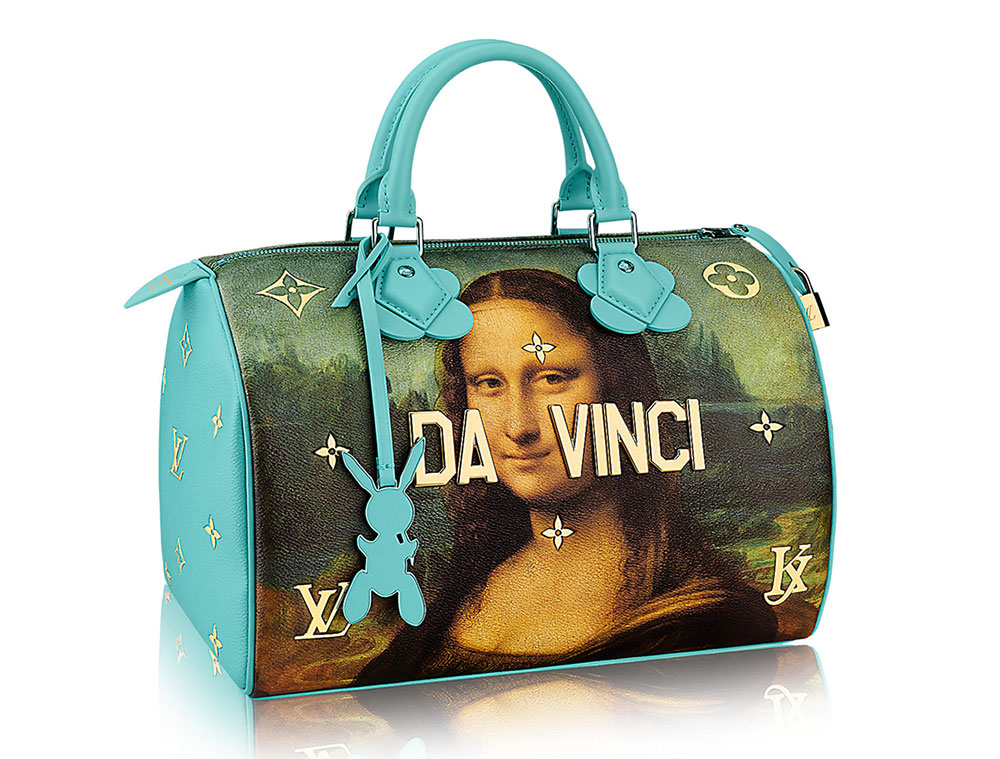 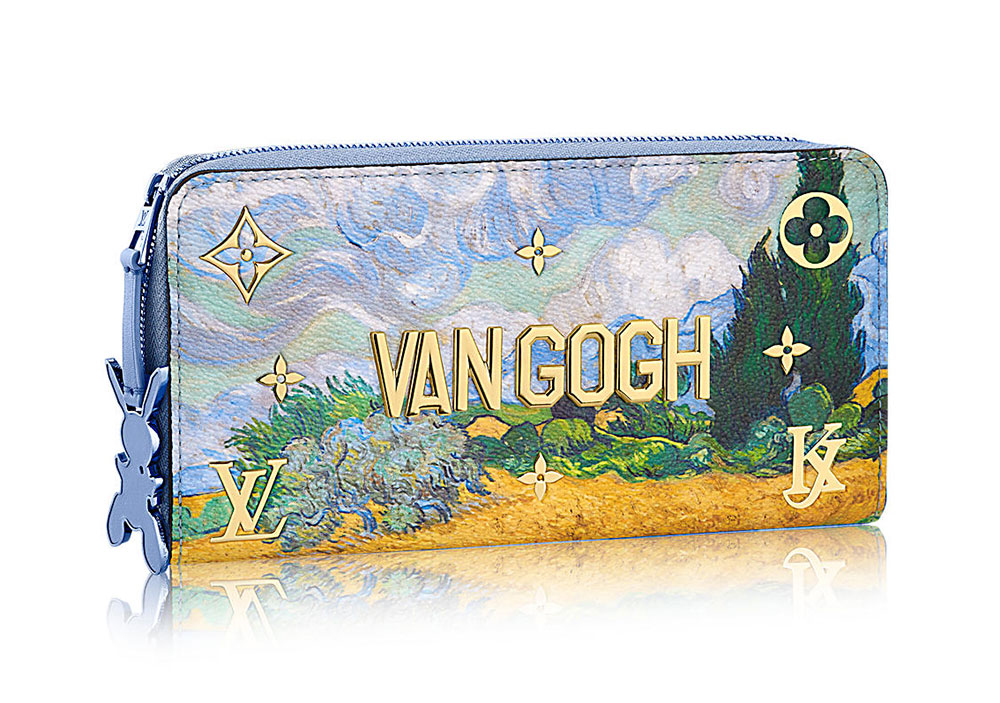