Much of the reason why we love our material goods has to do with their perceived value. It may be because we simply think they’re pretty or useful so we assign them some personal value, or it’s flat-out because of their (sometimes very obvious) monetary worth.

High-status bags from our favorite luxury brands tend to fall into the second category because their products are what economists like to call “Veblen goods” ﹘ meaning that as their prices increase, so does consumer demand.

At the risk of sounding crass, we know that it feels good to walk around looking cute while knowing we’re toting around something expensive. Something special. Something that is out of reach for many.

Are the Prices Justified?

We’ve accepted that we must pay the price for some exclusivity, but as of late, members of the purse-loving community have been up in arms about one brand’s increasingly frequent price hikes that have left many of us wondering if the bags’ “specialness” is really worth it.

Chanel is a brand that almost everyone is familiar with. It’s all about colorful tweed and fancy brass buttons and of course, those pillowy flap bags that made it world-renowned. It’s clear to everyone that anything with those iconic interlocking C’s is to be considered the creme de la creme. 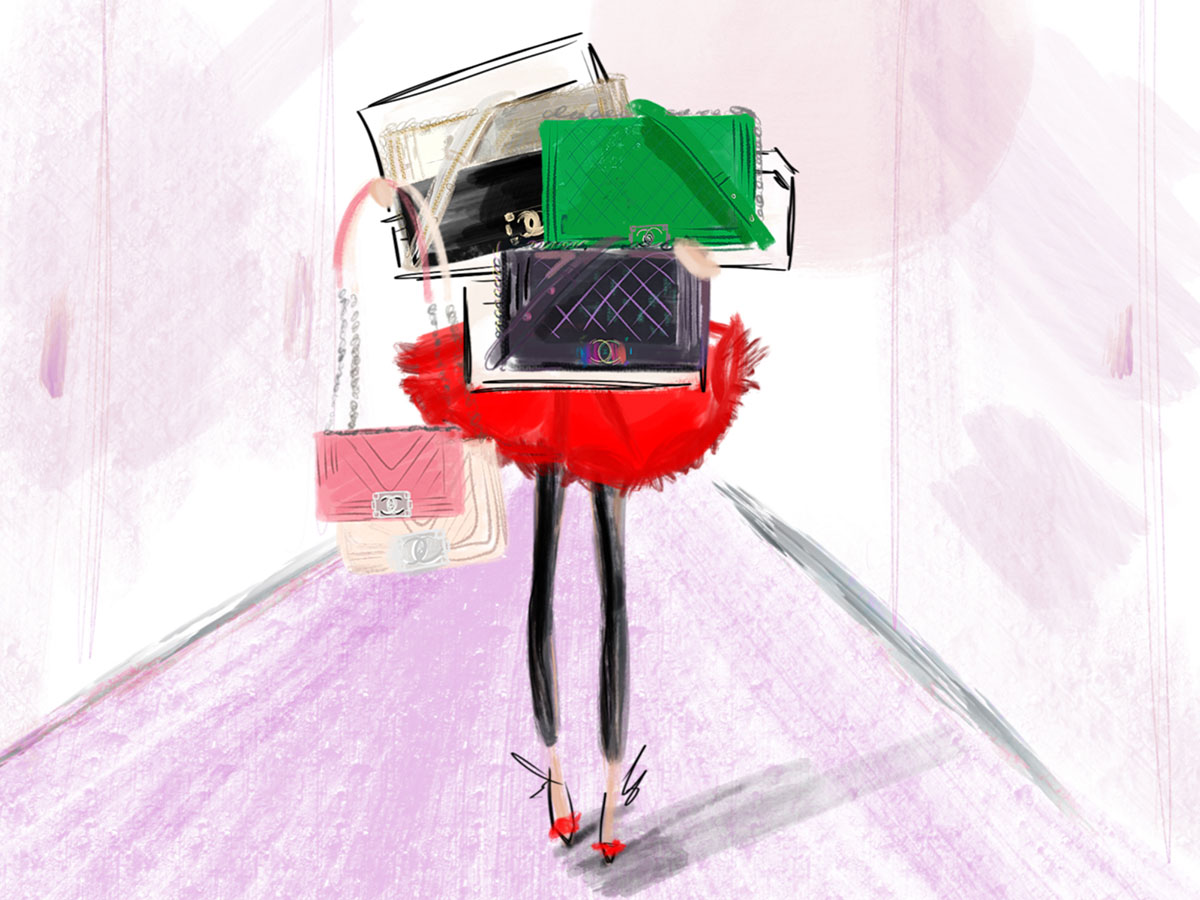 It takes a lot to run a multibillion-dollar fashion empire, so the occasional price increase is almost certainly justified. But the keyword here is ‘almost.’

Breaking Down the Price Increases

Over the past 2 years, prices on some of Chanel’s classic bags have gone up almost 25%.

It was always 5% here and then another 17% there, but many of us feel that it is becoming too much. Veblen good or not, there comes a point when price increases run the risk of having the inverse effect and begin to isolate the original customer base.

I’ll go ahead and let y’all know now that I don’t own a Chanel bag (unfortunately for me); however, that hasn’t stopped me from squirming around every time I get news of another price jump. I totally understand that luxury bags can be investments, but investment or not, I wanted to understand the full picture of why Chanel has been bold enough to continuously raise prices multiple times over the past 20 months.

Reasons for the Increases?

Some believe it’s to maintain exclusivity while others think the brand wants to reach peak dream bag status to sit alongside those from the more expensive brands like Hermès.

Those beliefs may or may not be true, but looking back at Chanel S.A.S’s recent timeline and various economic factors makes it clear that during trying times, they will rely on their customers to bear the brunt of it.

Let’s start from the beginning:

In October 2019, Chanel S.A.S rented out an entire section of the Grand Palais in Paris to present its 2020 spring/summer fashion show. Big shows cost big money, but Chanel makes its moola all over the world and could easily cover the costs from product sales in the new year, right?

In late winter 2019/ early spring 2020, COVID took hold in East Asia then rippled outward towards surrounding areas before hitching rides across the ocean. As we know, the pandemic rattled businesses both large and small.

This was especially worrisome for Chanel considering that 55% of its revenue from that year ($5,426,000,000!) came from the Asia-Pacific region of the world. To make the situation worse, it had also just finished navigating the demonstrations in Hong Kong AND had opened a new seven-story boutique in the Cheongdam-dong district of Seoul, South Korea.

And that must’ve been expensive.

According to the brand’s 2019 year-end report, the company was going to focus on “taking measures to preserve Chanel’s cash flow and desire as a global brand,” and also “encouraging customer response to reopen boutiques in Asia.”

Meanwhile, Chanel turned to Europe and the Americas. Unfortunately, western countries also started to go into lockdown one by one. This meant store closures that forced the focus towards online sales.

But while all of us were heading home, so were the raw material suppliers in France, manufacturers in Italy, distribution workers in New Jersey, and all of the people needed to make the supply chain run smoothly.

The boutiques eventually began to open back up but this time without their usual crowd of clientele. Generally, most boutiques are in large touristy metro areas, but with international travel still heavily restricted, travelers weren’t around to empty out their pockets. (Except me, but I didn’t buy anything.)

To requote the Parisian sales rep I spoke to in October 2020, “Now the days feel long without many people in the store. We still get people from Belgium and The Netherlands, and of course French people, but that’s about it”

Chanel’s dependence on tourism sales was apparent. It had now been ten months of fast-declining revenue.

By now, consumers already began to side-eye the company for increasing prices during a time when so many were dealing with instability. Rent was due but many didn’t have the financial backing due to reduced work hours or complete job loss. Many including Chanel’s own employees.

In the same year-end report, the company noted that there was a “decision taken not to utilize government employment support during lockdowns.”

Anyways, people were happy because vaccines were on the way. Shots went into arms, travel restrictions ease, and people felt good about going back out and making up for lost time.

Economies recovered in waves with expectations of healthy future growth. Foreign investment and global cash flow returned to countries as their COVID cases went down, causing the currency value to go up. Finally, Chanel could make sales and start paying some of its bills again! Or so they thought…

According to Philippe Blondiaux, its Chief Financial Officer, [Chanel] “has a policy of reviewing prices twice a year” and plans to do it again!

The problem with currency valuation is that it is dependent on the health of the economy it belongs to. No two countries handled vaccine rollout and reopening in the same way, which caused new variants to hit some places harder than others. People began to fear more shutdowns and economic growth expectations started to fall again, dragging currency valuation with them.

Sure, Chanel began to recover a bit but now all of those millions regained in revenue can actually be worth less than before! Cue last month’s price increase in July 2021.

So here we are: Chanel continues to try its hardest to recover from its ongoing losses while we are left to complain on the internet. And according to Philippe Blondiaux, its Chief Financial Officer, it “has a policy of reviewing prices twice a year” and plans to do it again!

We’re smart people that understand how businesses operate, but that doesn’t stop us from feeling put off by the whole situation. We love and respect Chanel for what it’s done for the fashion industry; however, its executives shouldn’t forget the importance of craftsmanship and innovative design in appealing to those who hold it in high regard.

If they prioritize profits higher than the demands of the market, they risk letting their products lose their luster.