Romantic details make way for the new minis of SS23
19 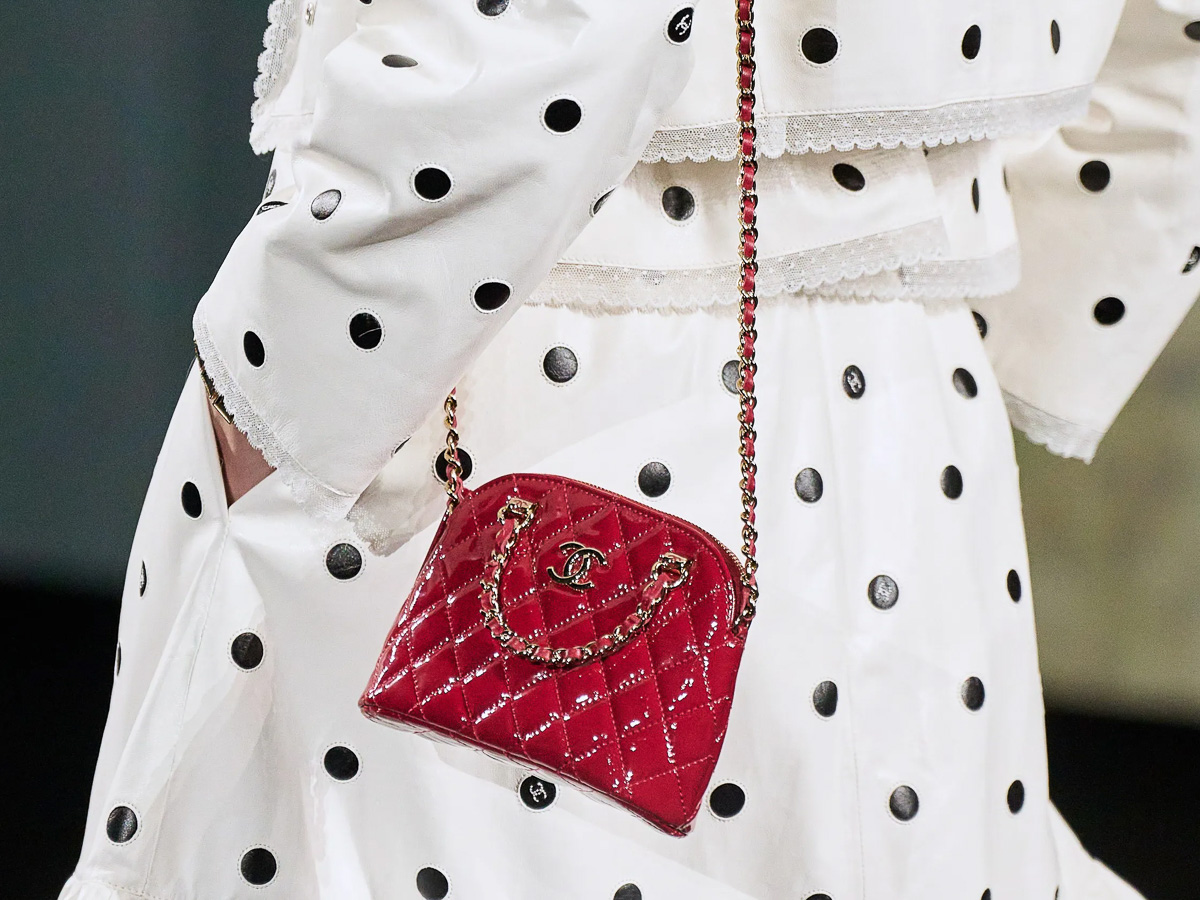 For Spring 2023, Chanel explores the essence of allure, the freedom of a woman’s movement, and an expression of glamour through a modern lens. All of this clearly was inspired by cinema as the film “Last Year in Marienbad” (1961) by Alain Resnais was shown alongside clips of Kristen Stewart wearing pieces from the new collection as a teaser to the runway show.

The ready-to-wear was flowy and feminine, featuring symbolic nods to womanhood, like pearls, sequins, feathers, and bows. Silhouettes are light and airy, conveying a certain softness that echoes the vision of Virginie Viard. The clothes were wearable and commercial for the most part, and while the bags were flirty and fun, they were slightly less practical.

Most bags shown were mini (and micro), which is an interesting transition given the year’s big push of the 22 Bag, which is an oversized leather carryall, but I digress. While many of the below bags lack functionality, they sure are cute and bound to sell, as, like the ready-to-wear, there are a fair amount of highly commercialized flap bags.

While minis continue to reign, so does patent on the Chanel runway, and a handful of silhouettes were shown dressed in the shiny, eye-catching leather. Bags echoed the same odes to femininity as the clothes, with embellishments appearing throughout like crystals, pearls, sequins, and tiny heart details. The collection seemed less showy and dramatic overall, but in the post-Karl era of Chanel, it’s not that far from what we’ve seen in past seasons.

View bags from the runway below, images via Vogue Runway. 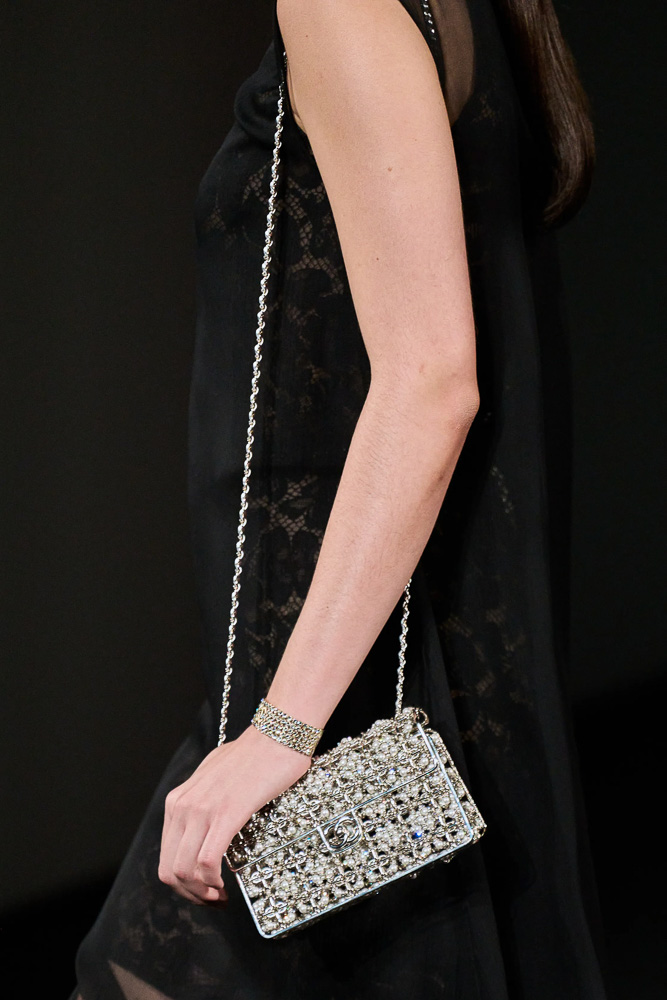 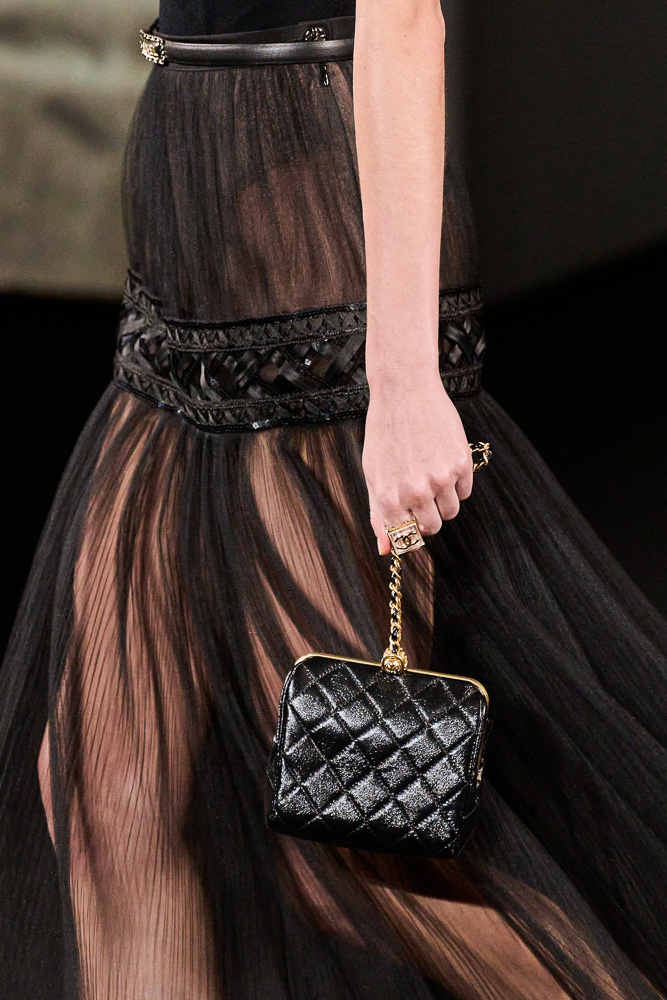 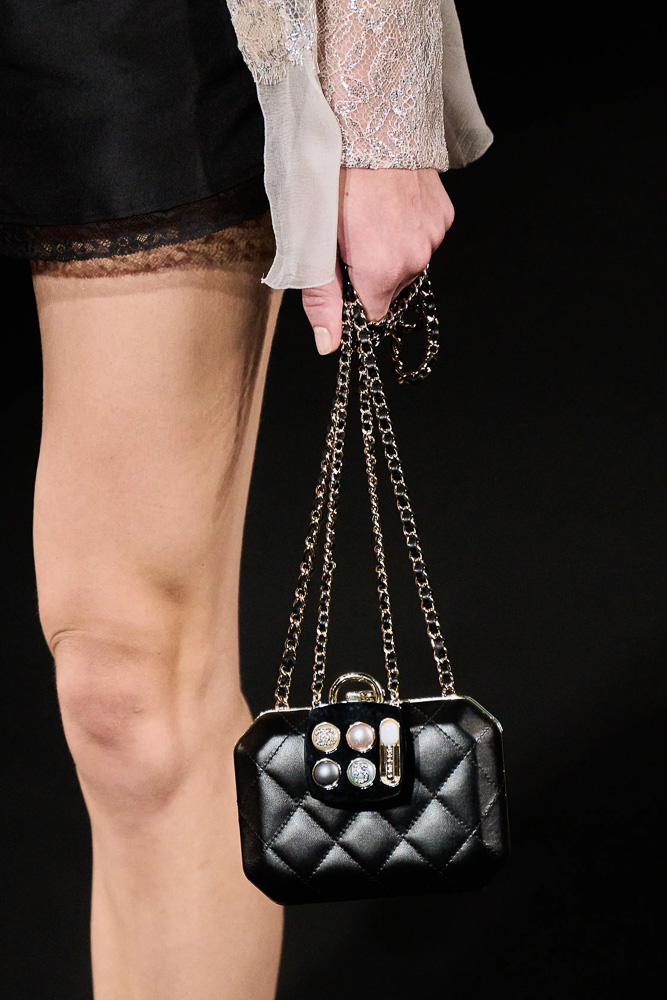 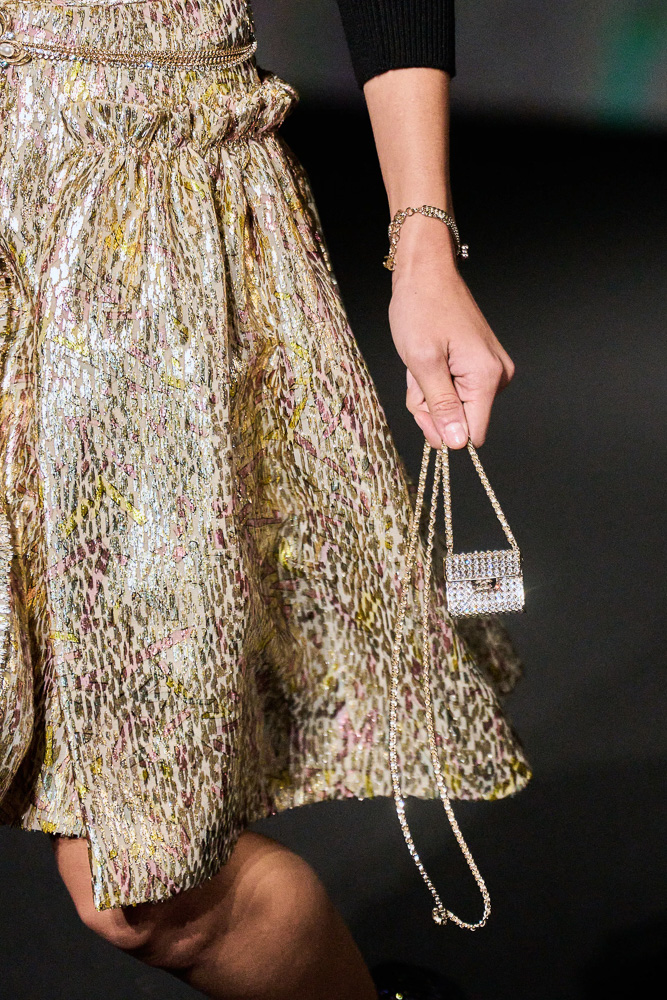 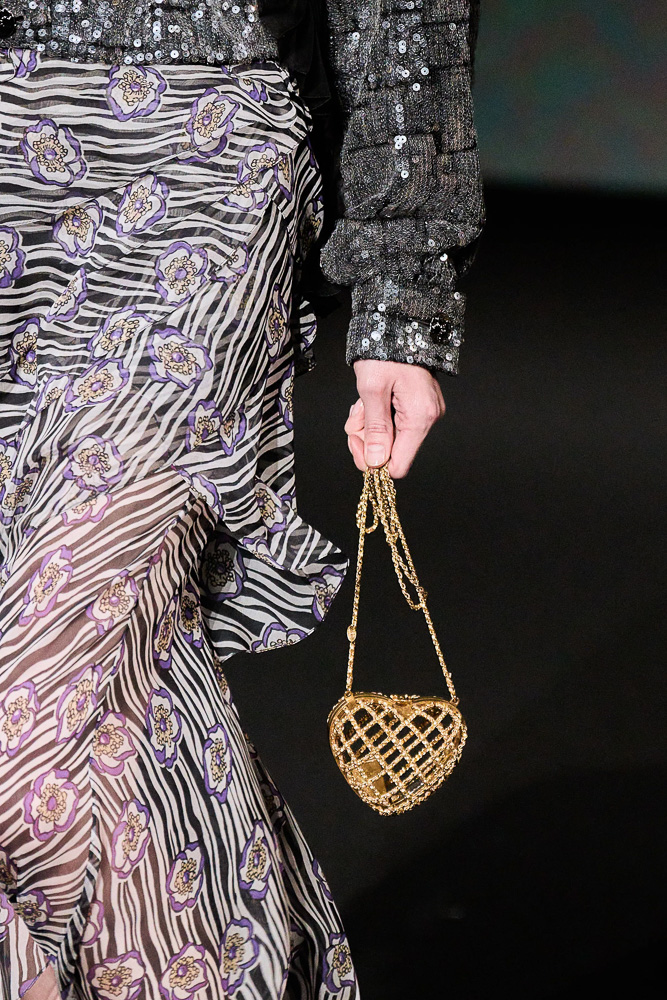 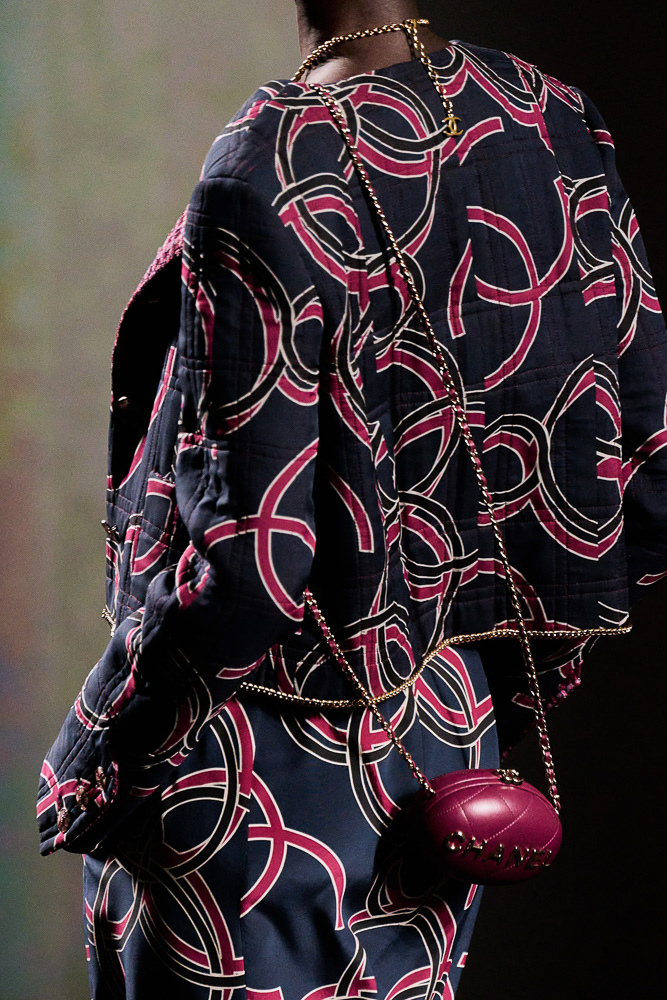 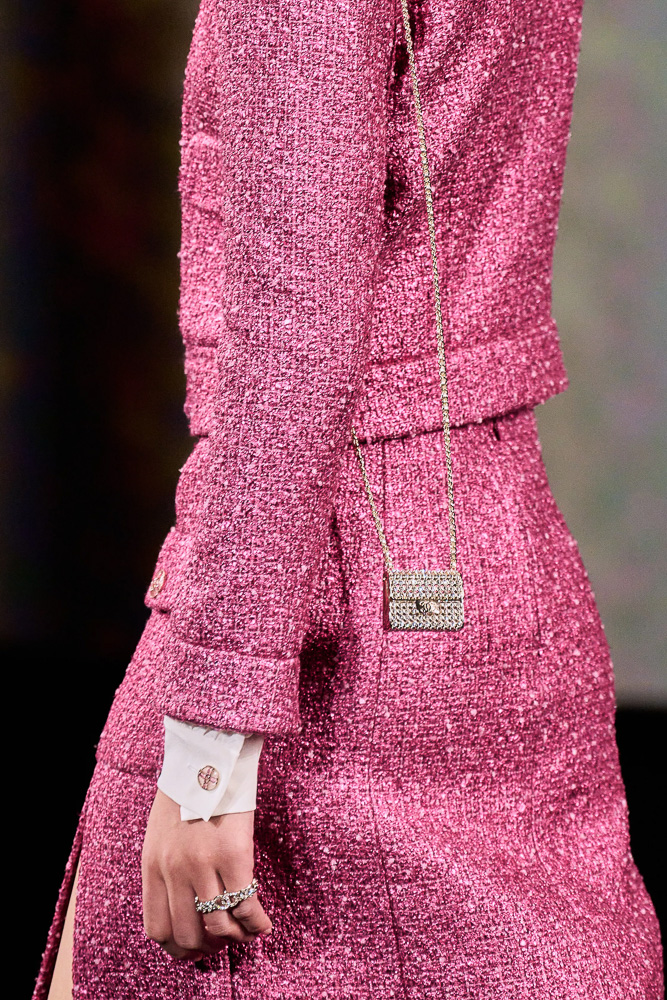 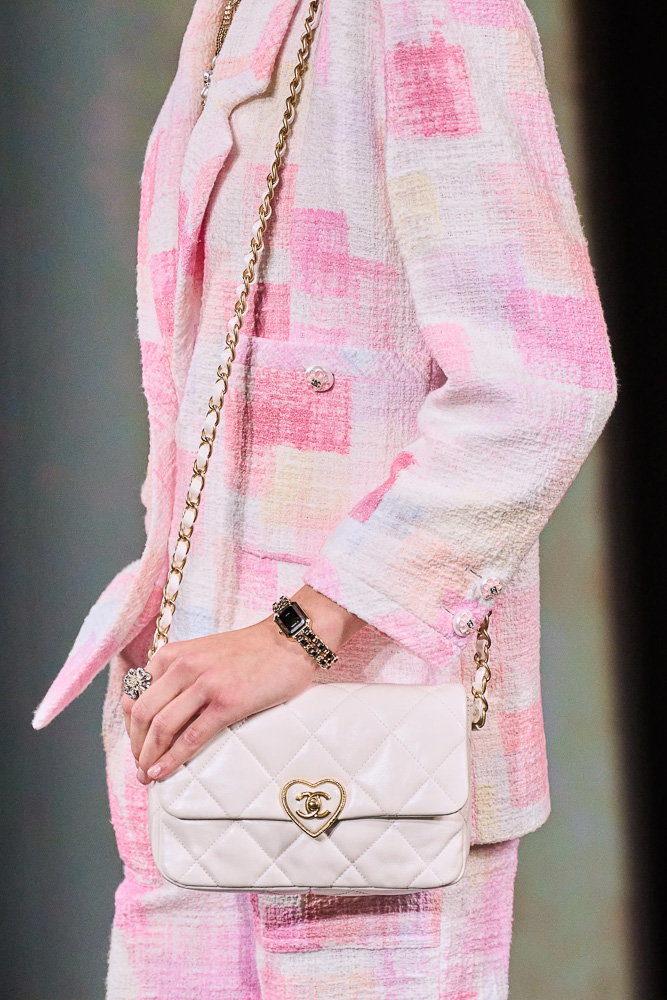 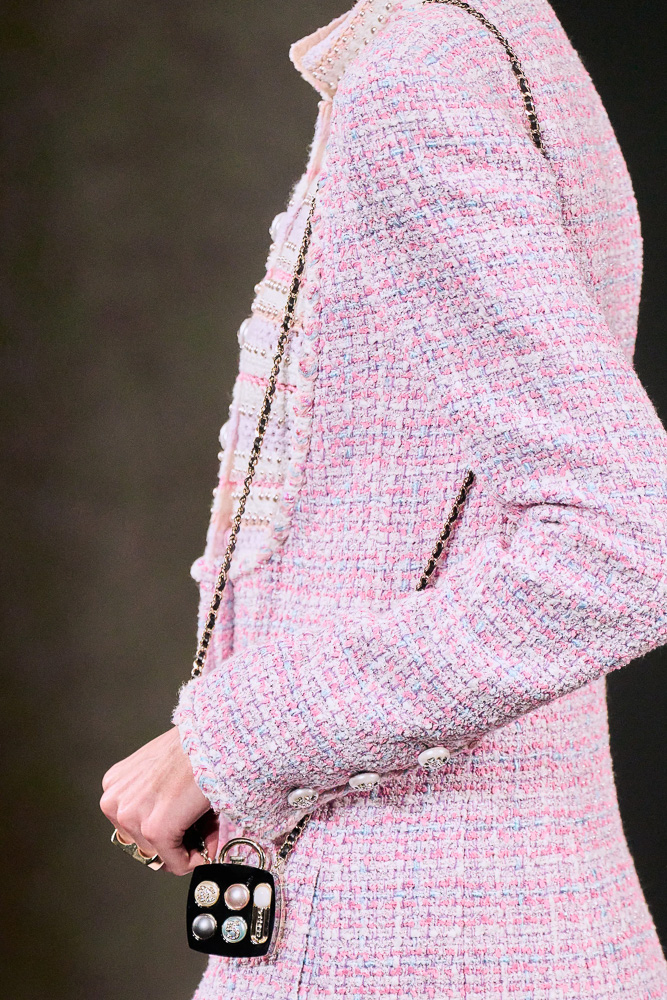 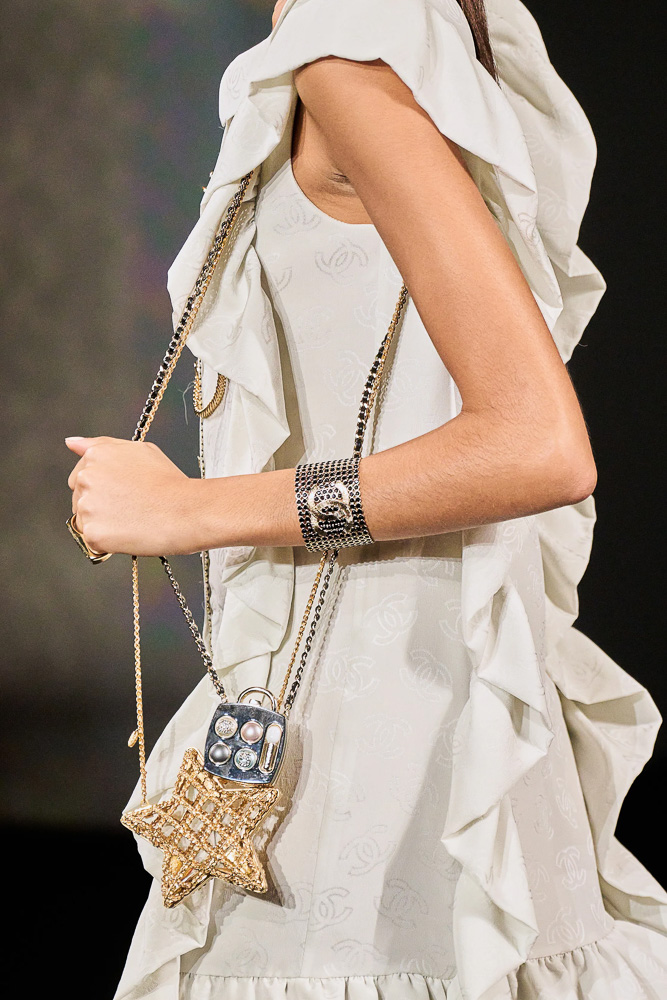 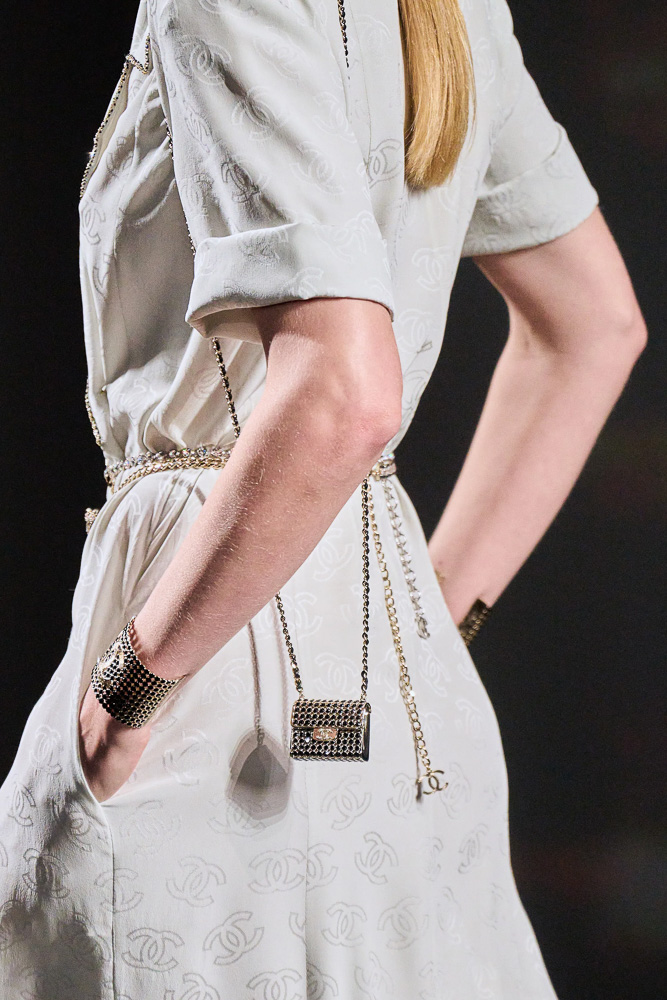 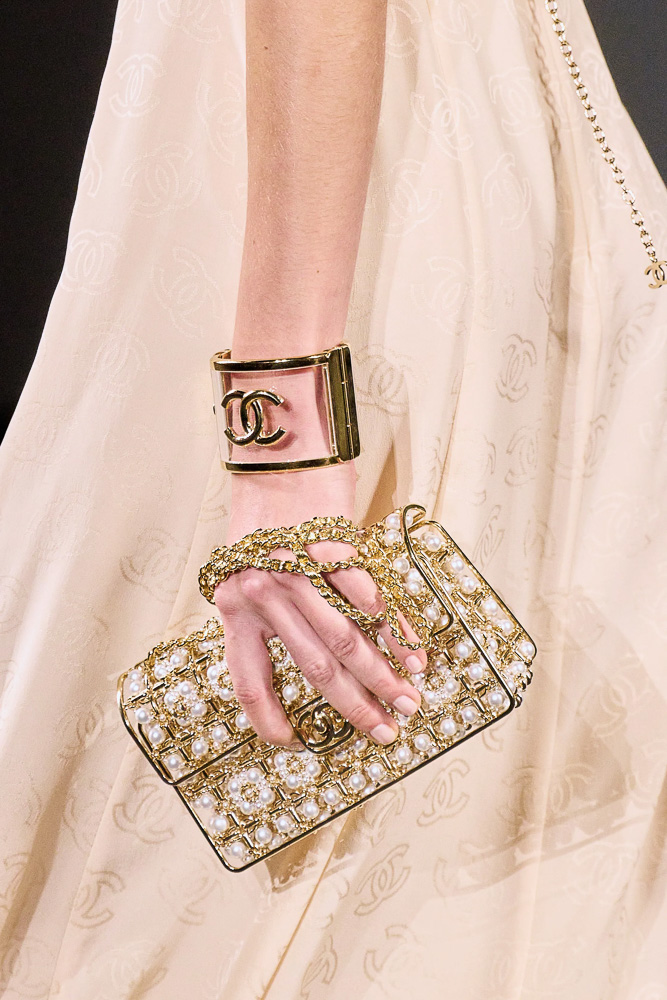 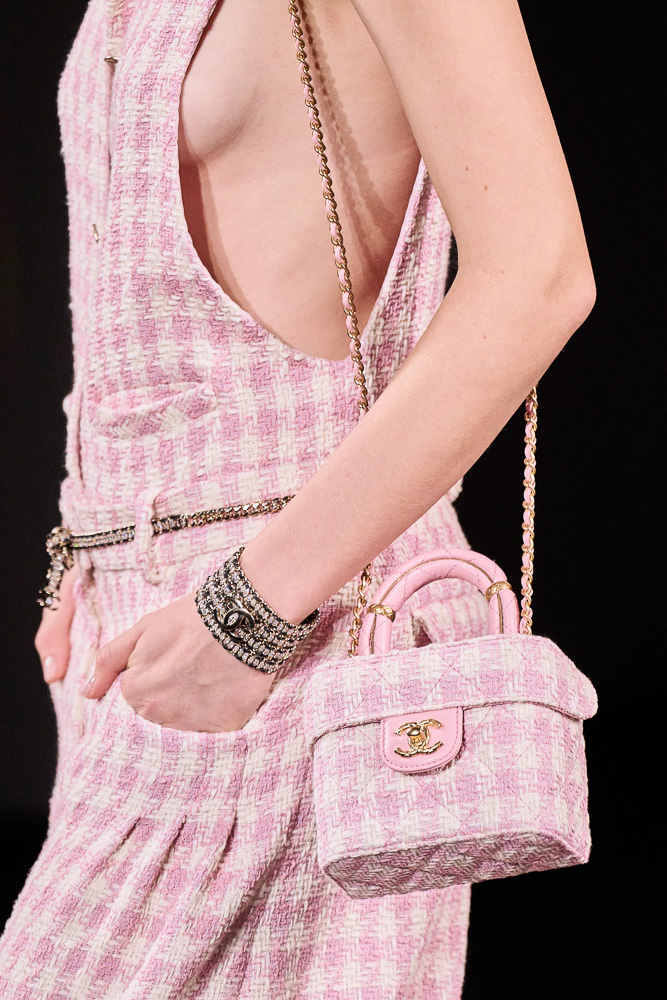 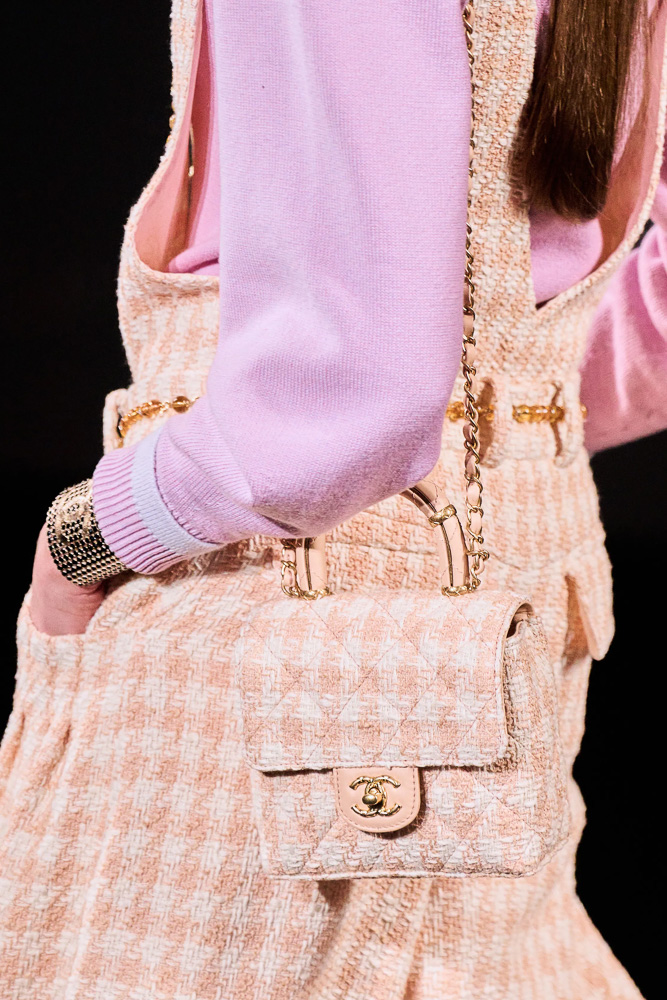 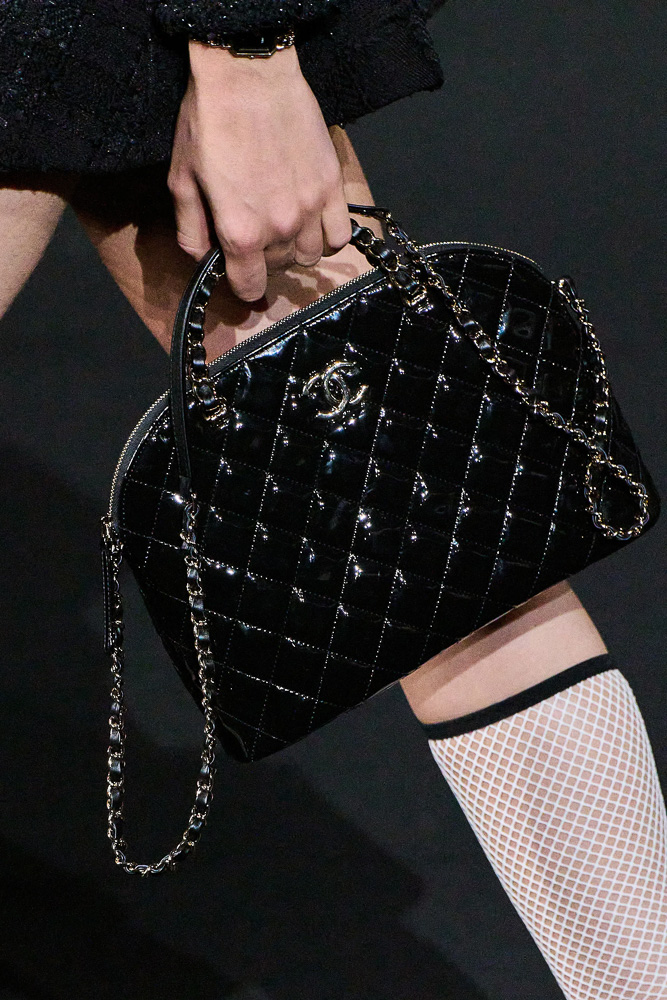 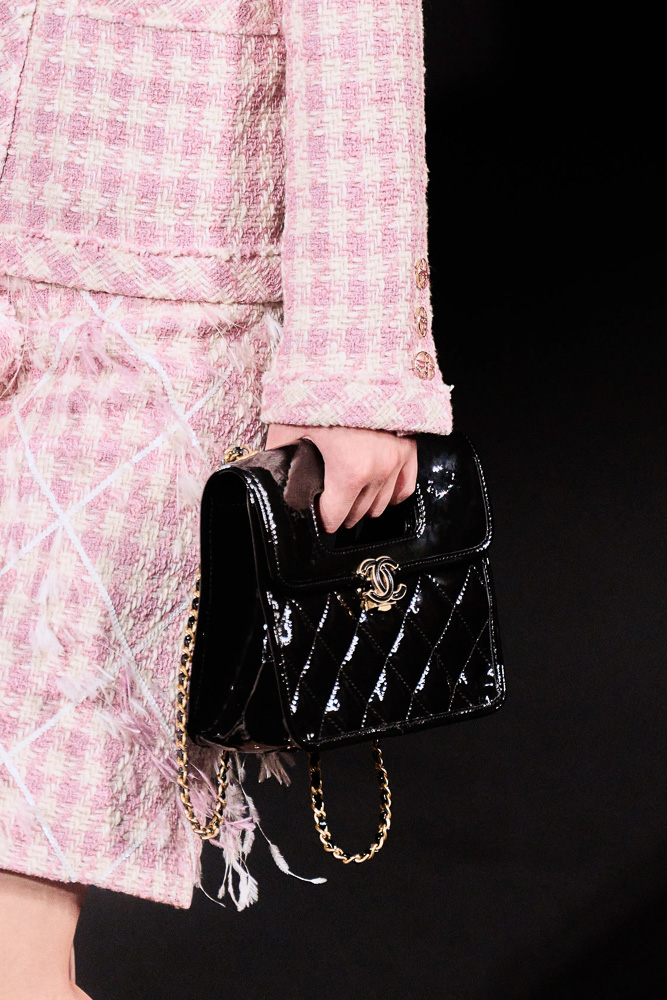 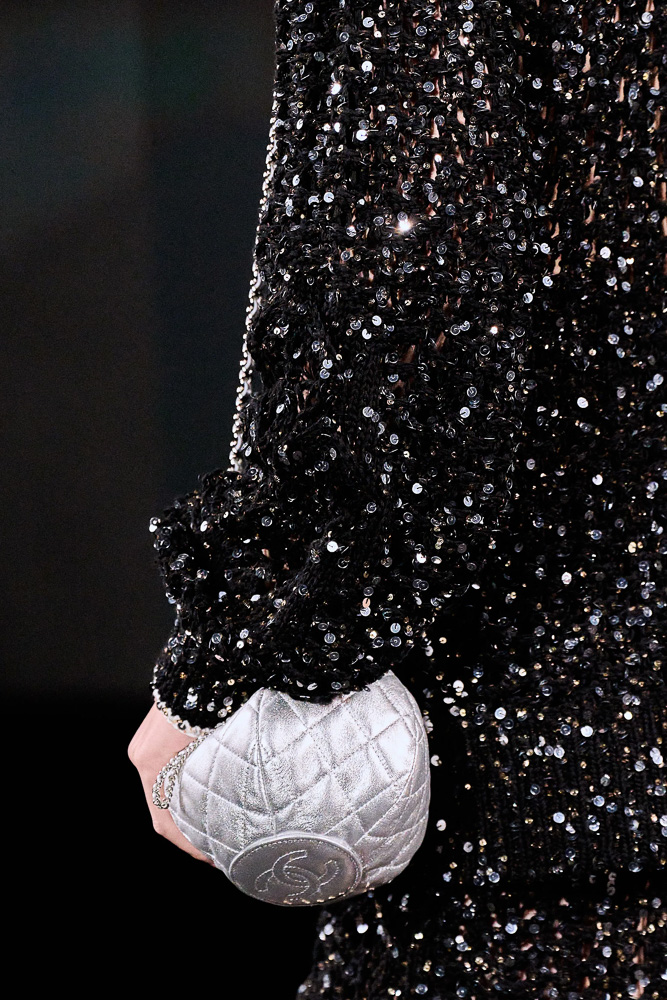 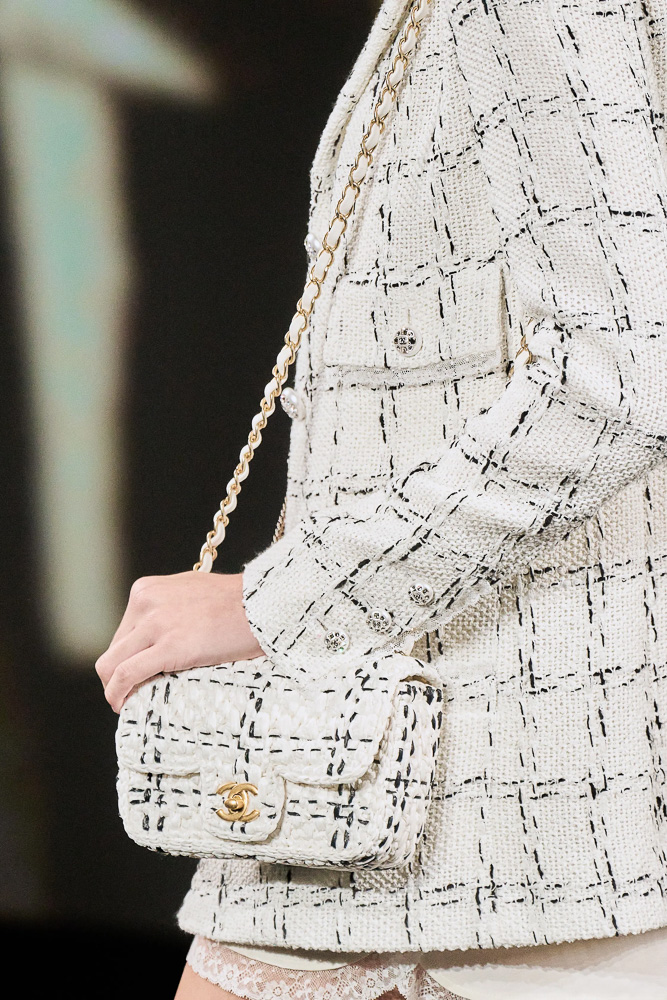 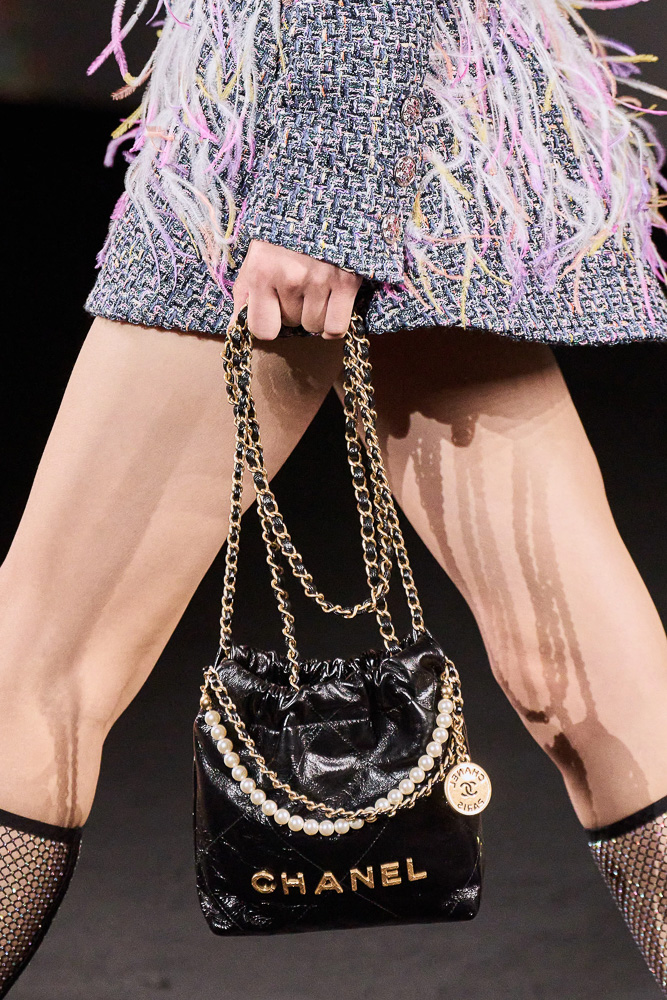 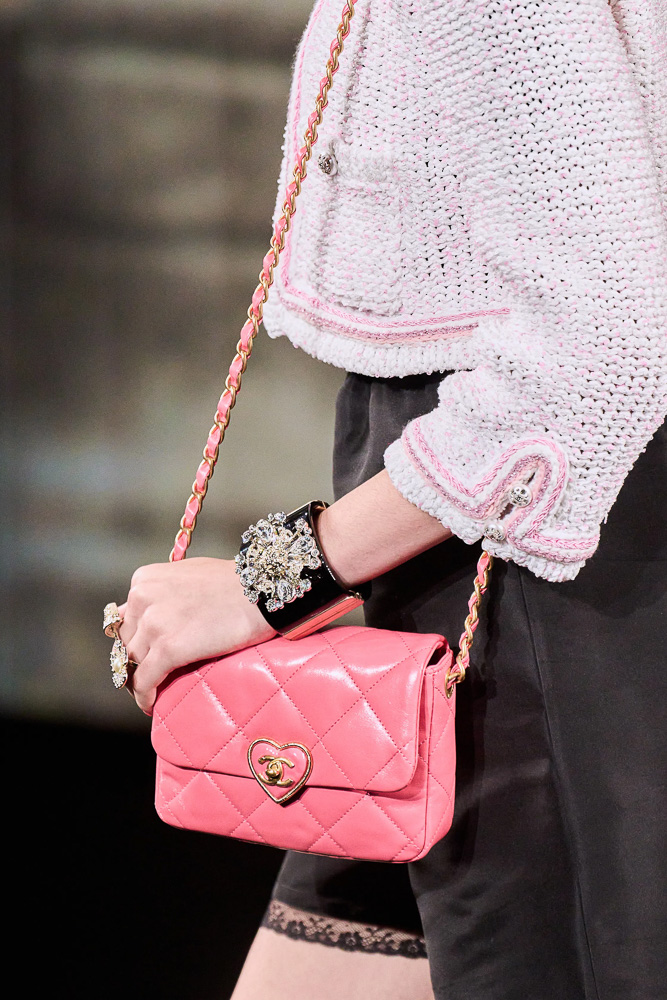 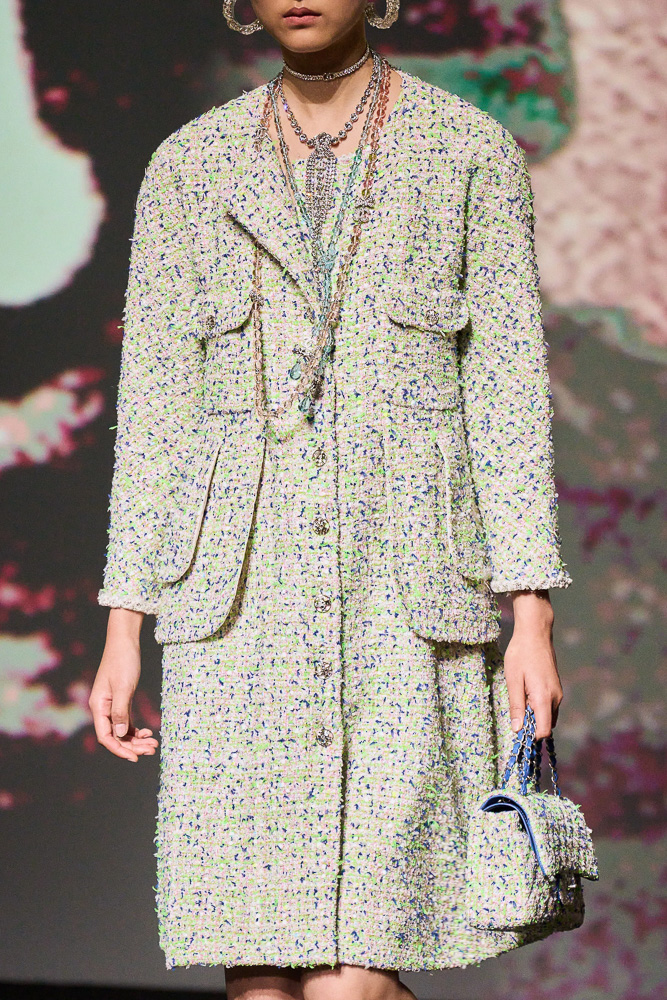 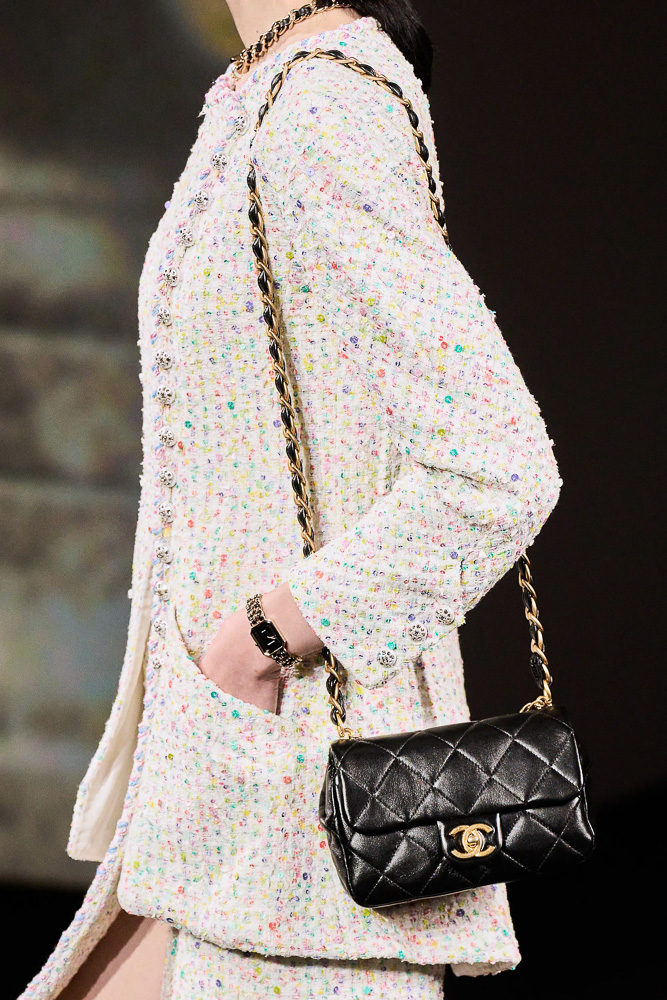 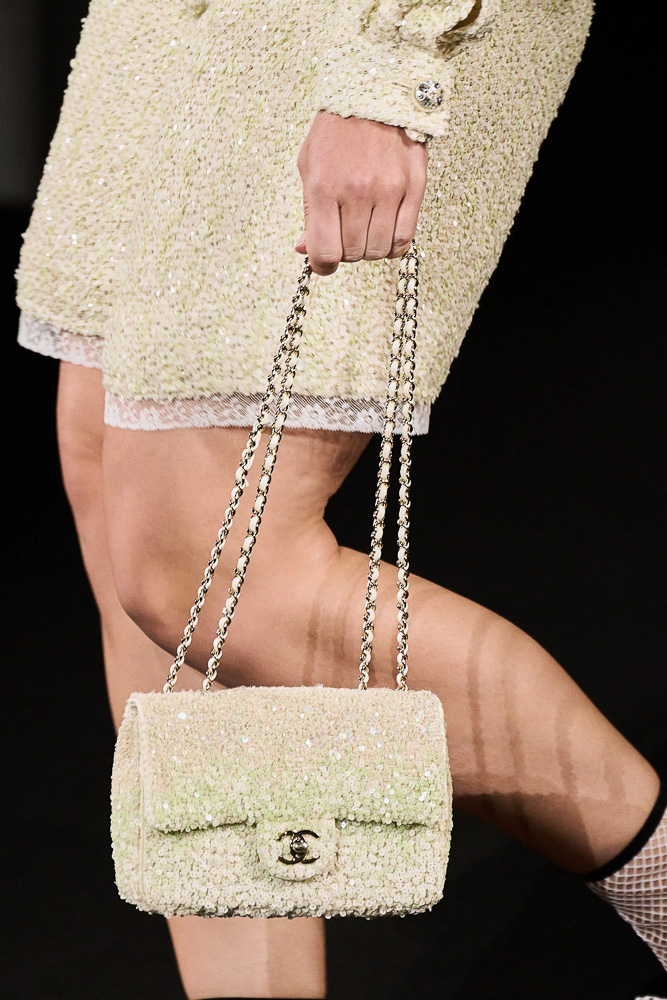 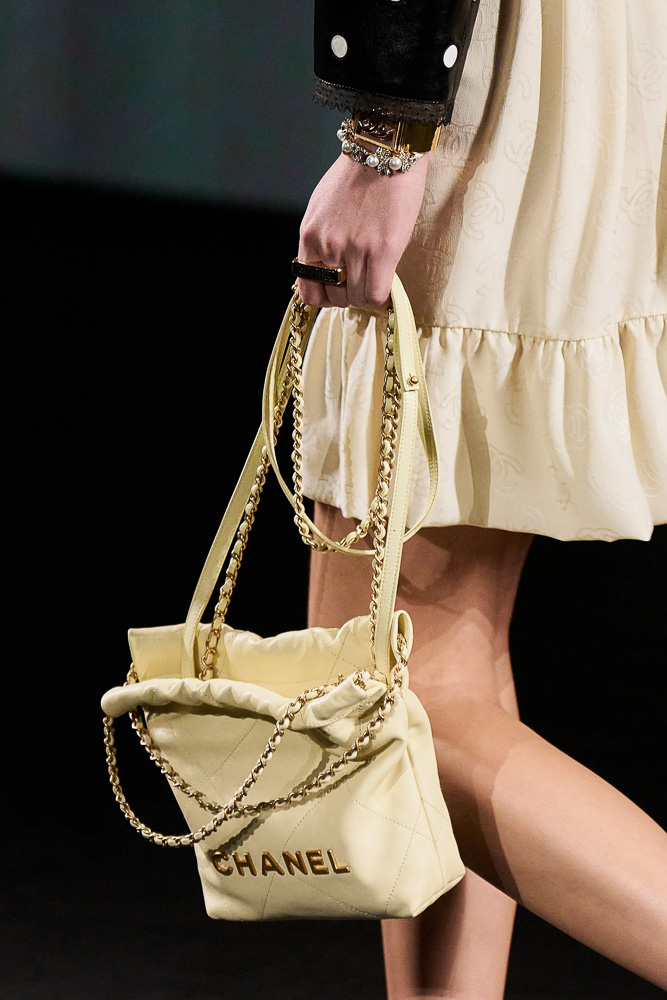 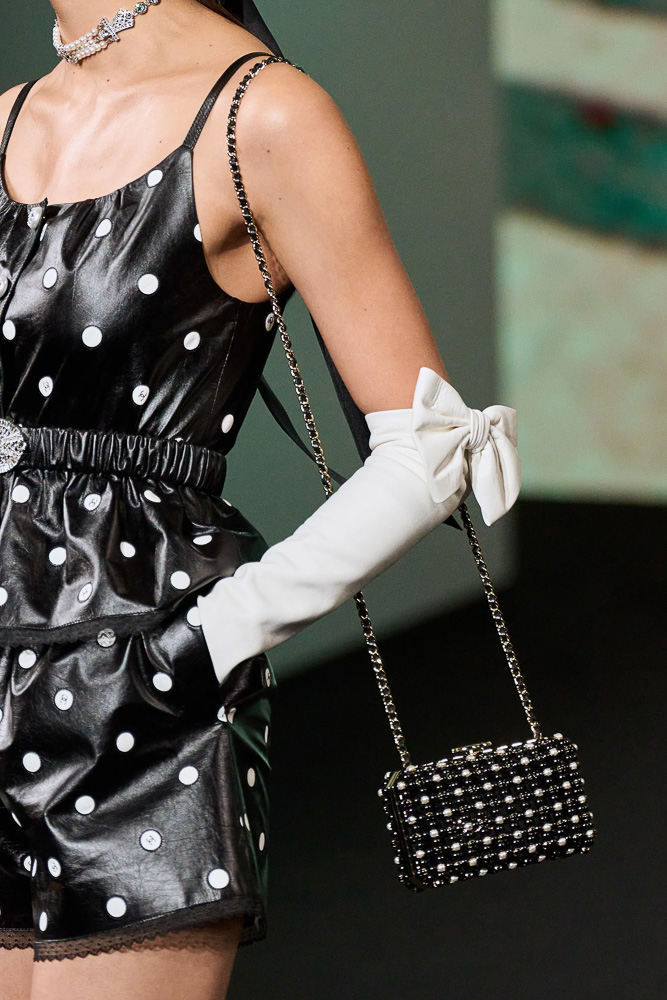 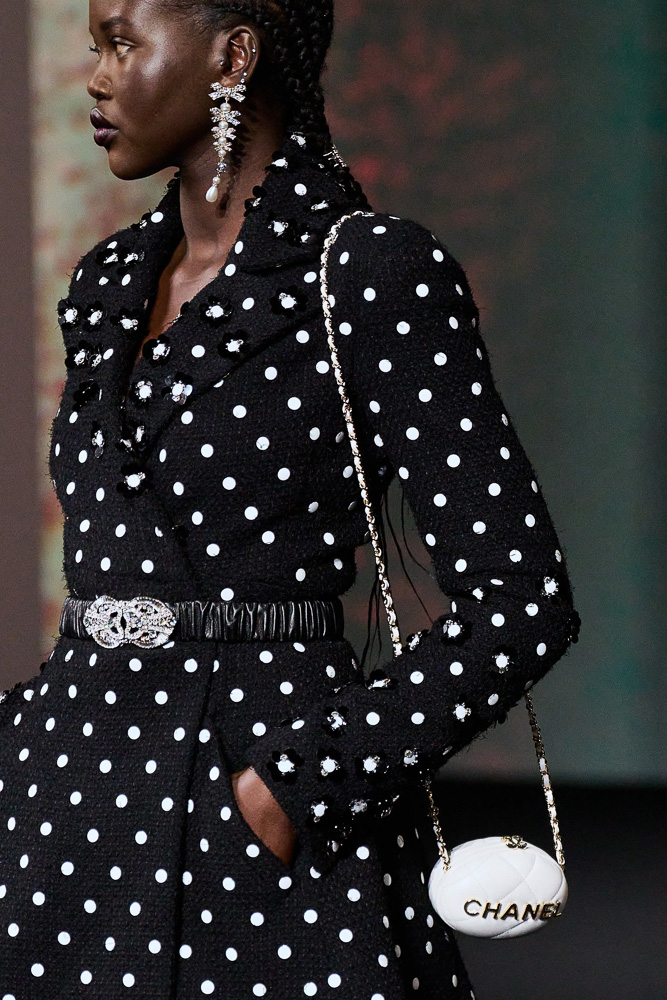 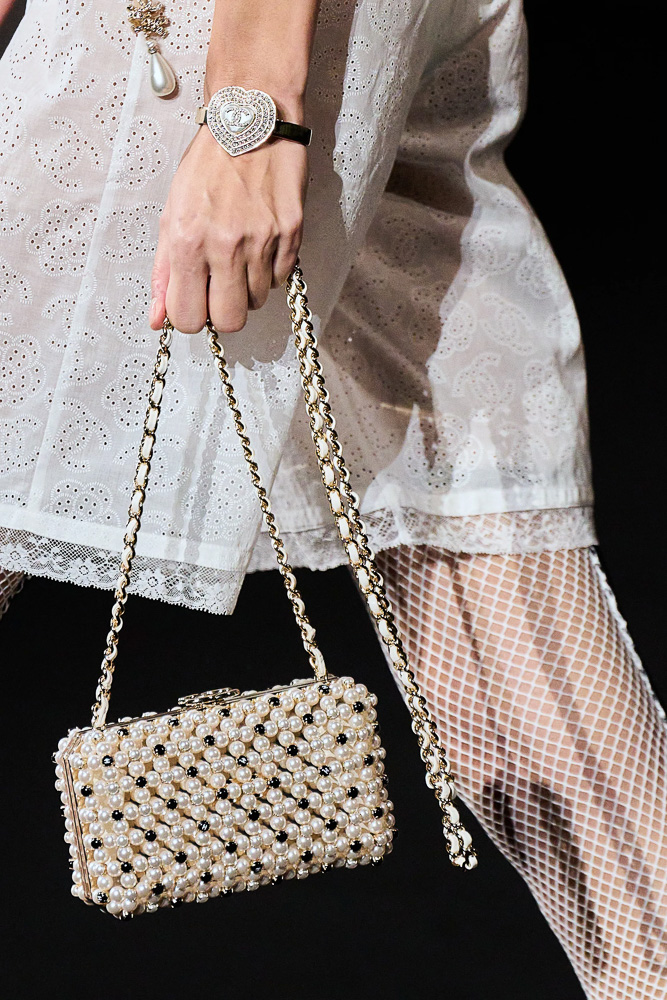 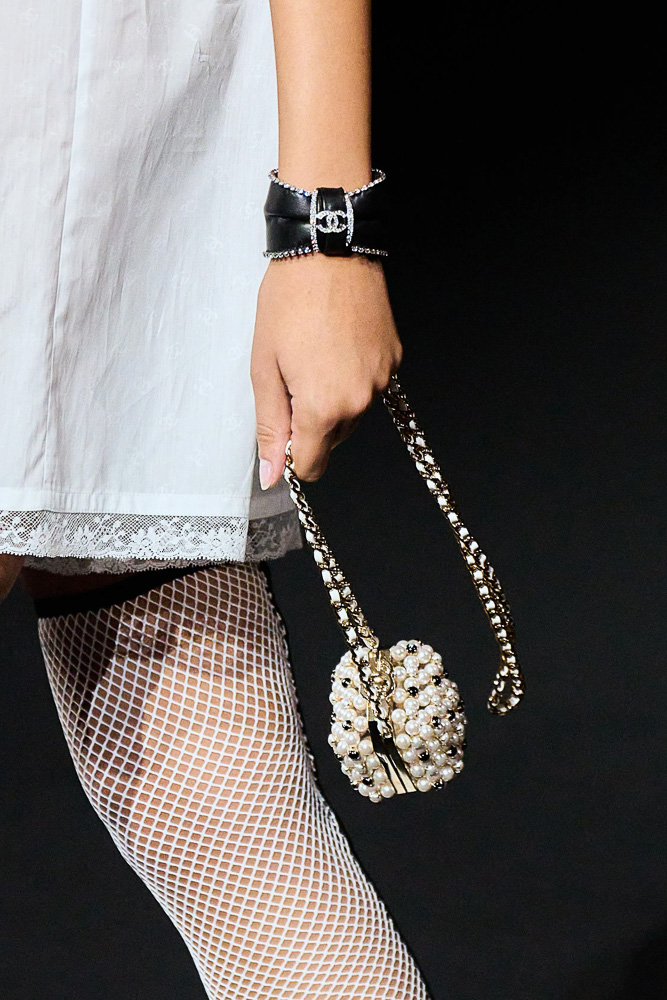 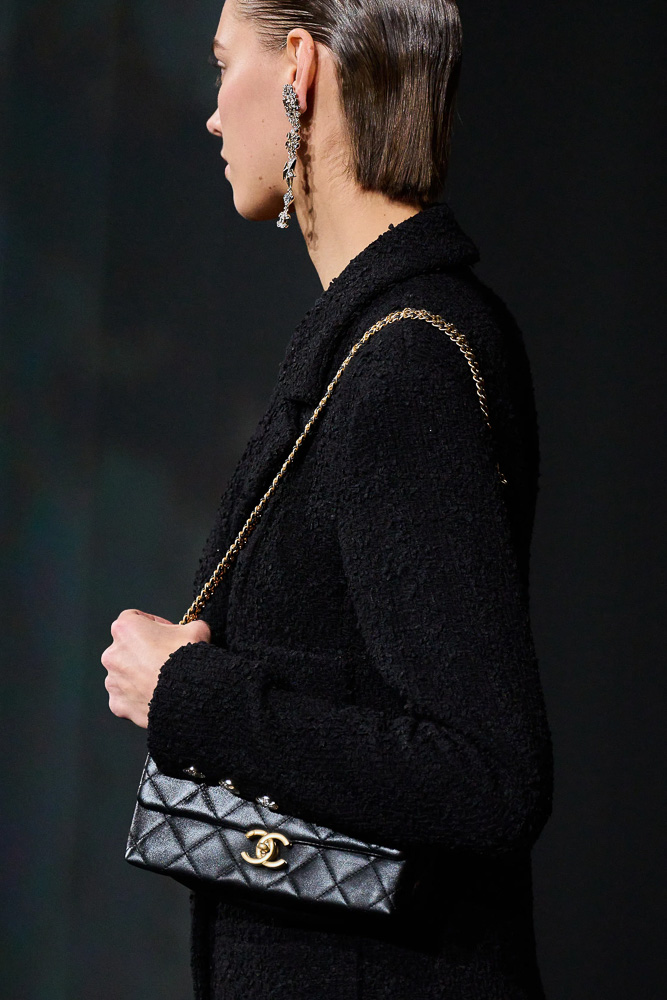 I haven’t been inspired by Chanel in the years since Karl Lagerfeld died. He was a creative genius who explored different and unique genre. He incorporated it into his handbags season after season.These bags fall short, especially the micro, micro mini’s. If they can’t even hold a house key, then what’s the point of calling it a “handbag”?

I only like the patent bags. I see no point in a mini or micro unless it’s a key chain? It looks super cute but useless!

The micro mini is totally what I’m going to use to carry around my mini-M&Ms.

Shouldn’t a bag be functional as well as beautiful? Otherwise, it’s jewelry. And what’s with the matching tweed clothing/bags? This does not look sophisticated to me.

This is a good season, but Chanel needs to kill the 22… they’re so ugly.
Also, those aren’t bags, they’re trinkets at this point

My god! That bag with the heart in the middle couldn’t look more tacky!!! Who thought that this is classy ???

I hate hearts on bags. It’s so juvenile. That’s why I don’t like the marmont.

omg yes i feel the same. so tacky yikes

Finally, a Chanel 22 bag I can get behind. The mini is cute!

Forget new sizes, they need to work on not using painted and cheap bonded leathers

it looks so cute! Wonder what the price will be yikes

Love the bags. Love the clothes.

Agreed! Virginie Viard’s vision is always the same, collections after collections, years after years… with a lot of hearts… and bows! I have a Chanel SA who can’t stand the bows anymore, and he’s really bored by every new collection now. But for some reason, Chanel results have never been so high, so we’ll see a lot of micro bags… and hearts… and bows for some time.